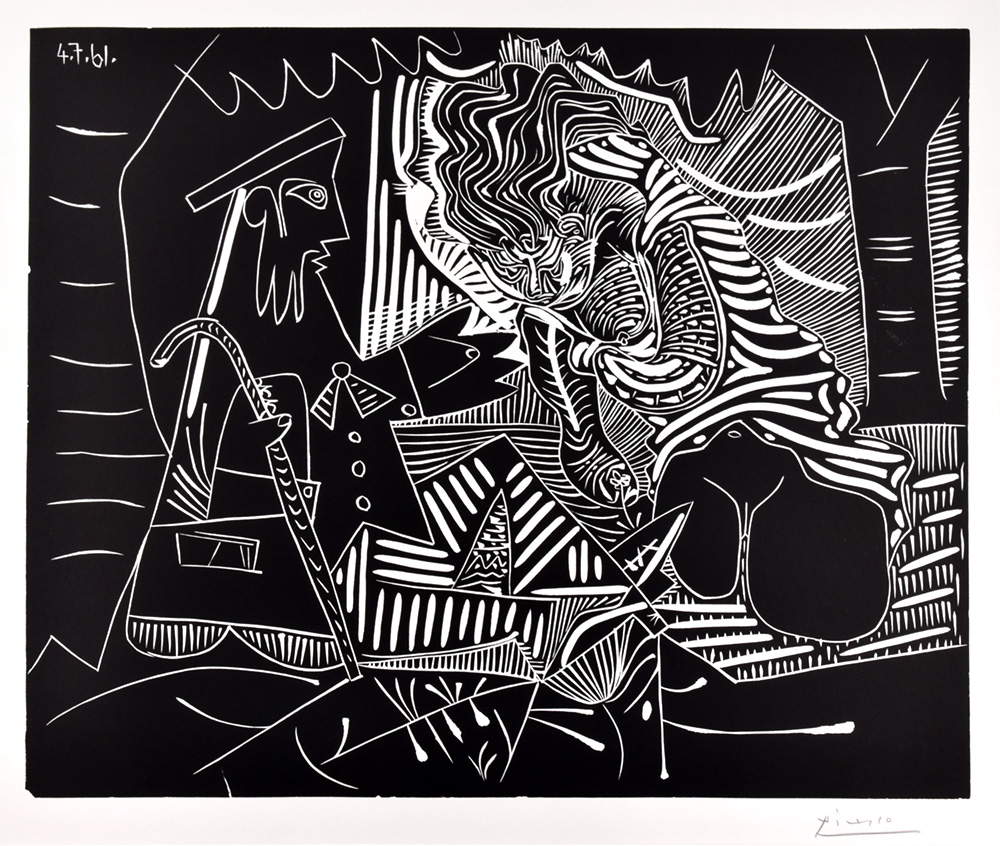 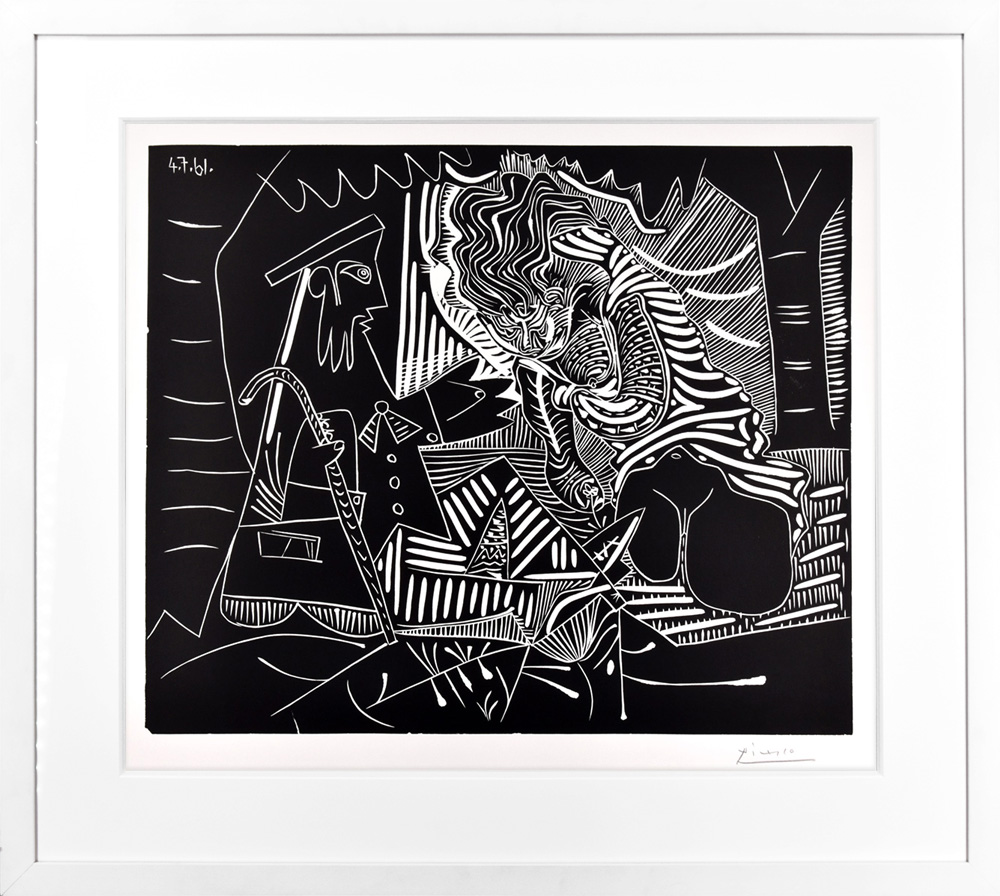 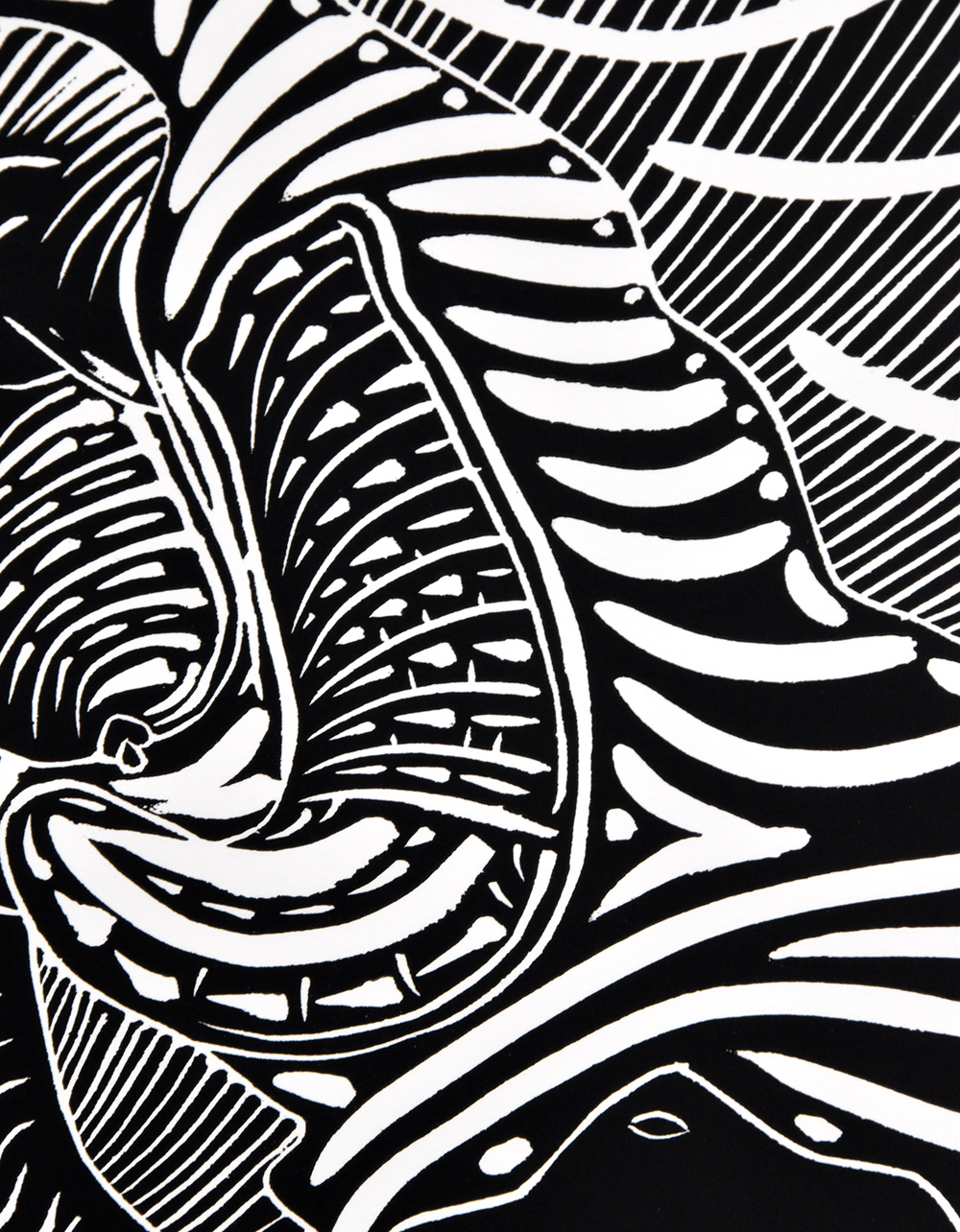 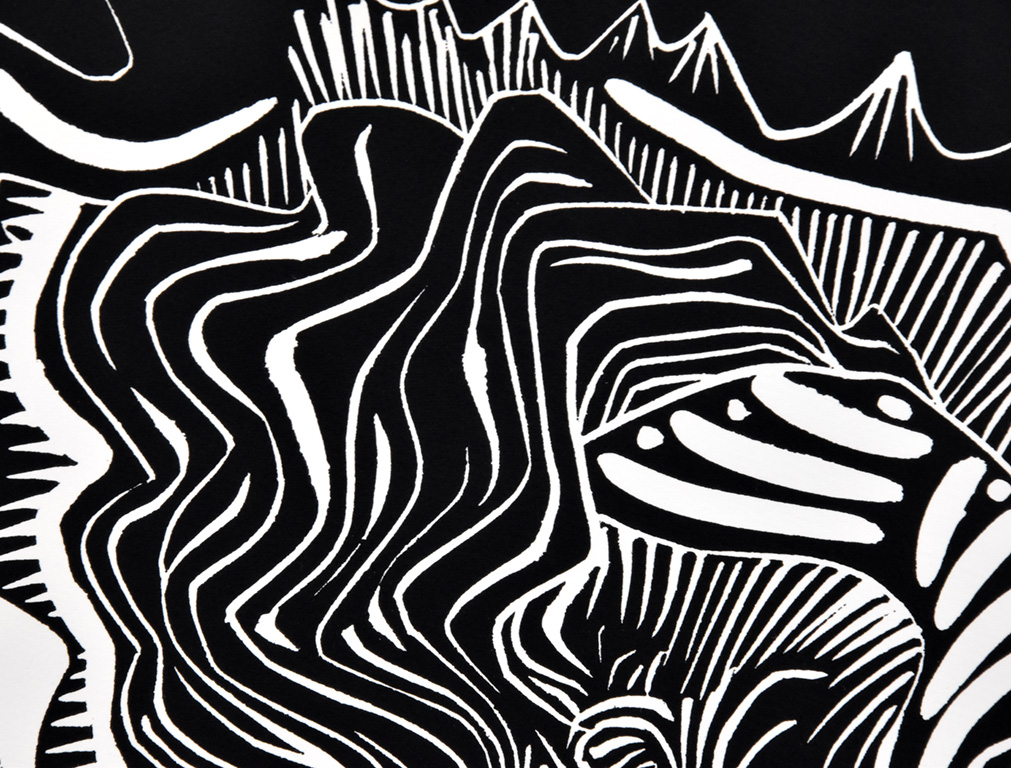 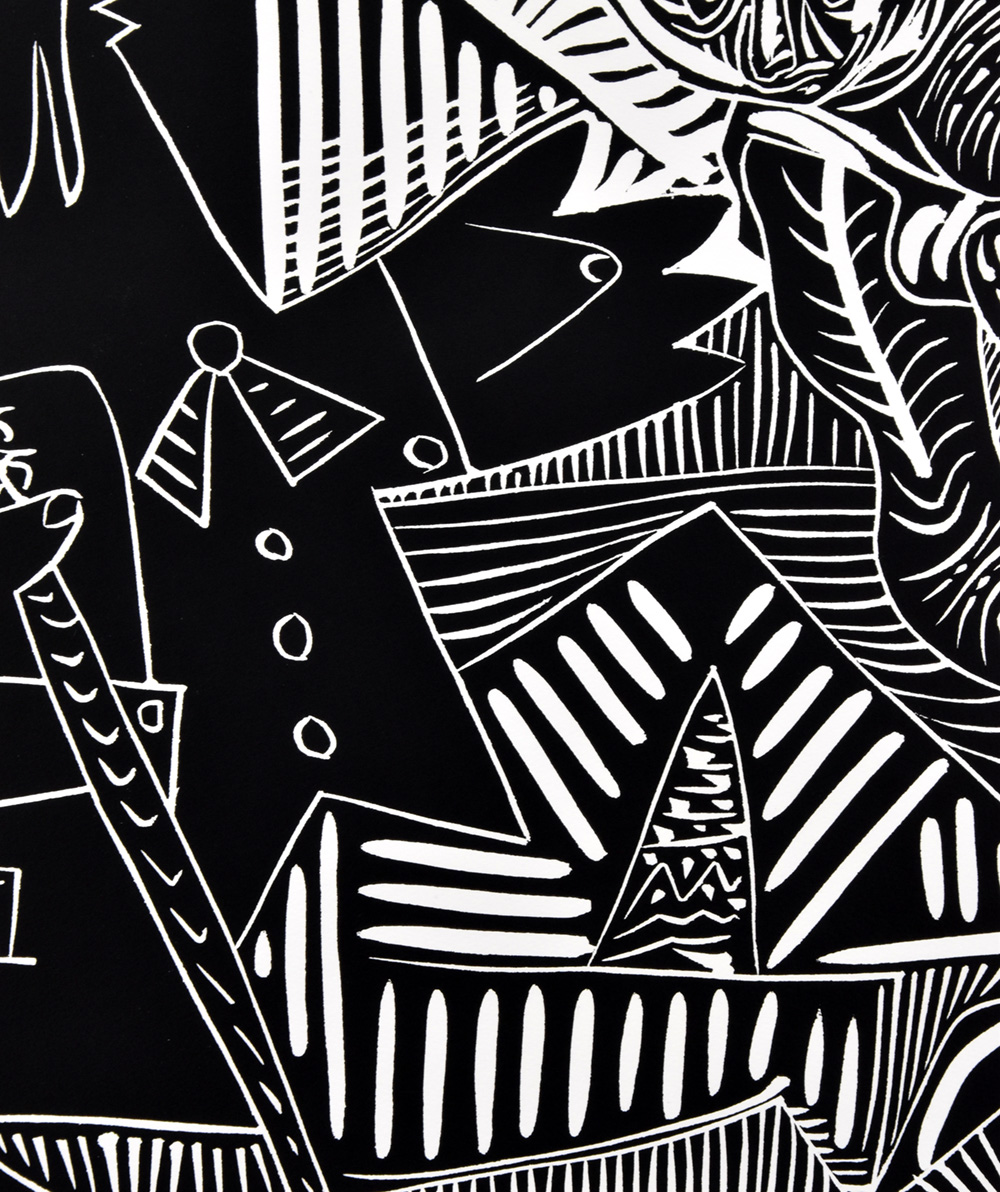 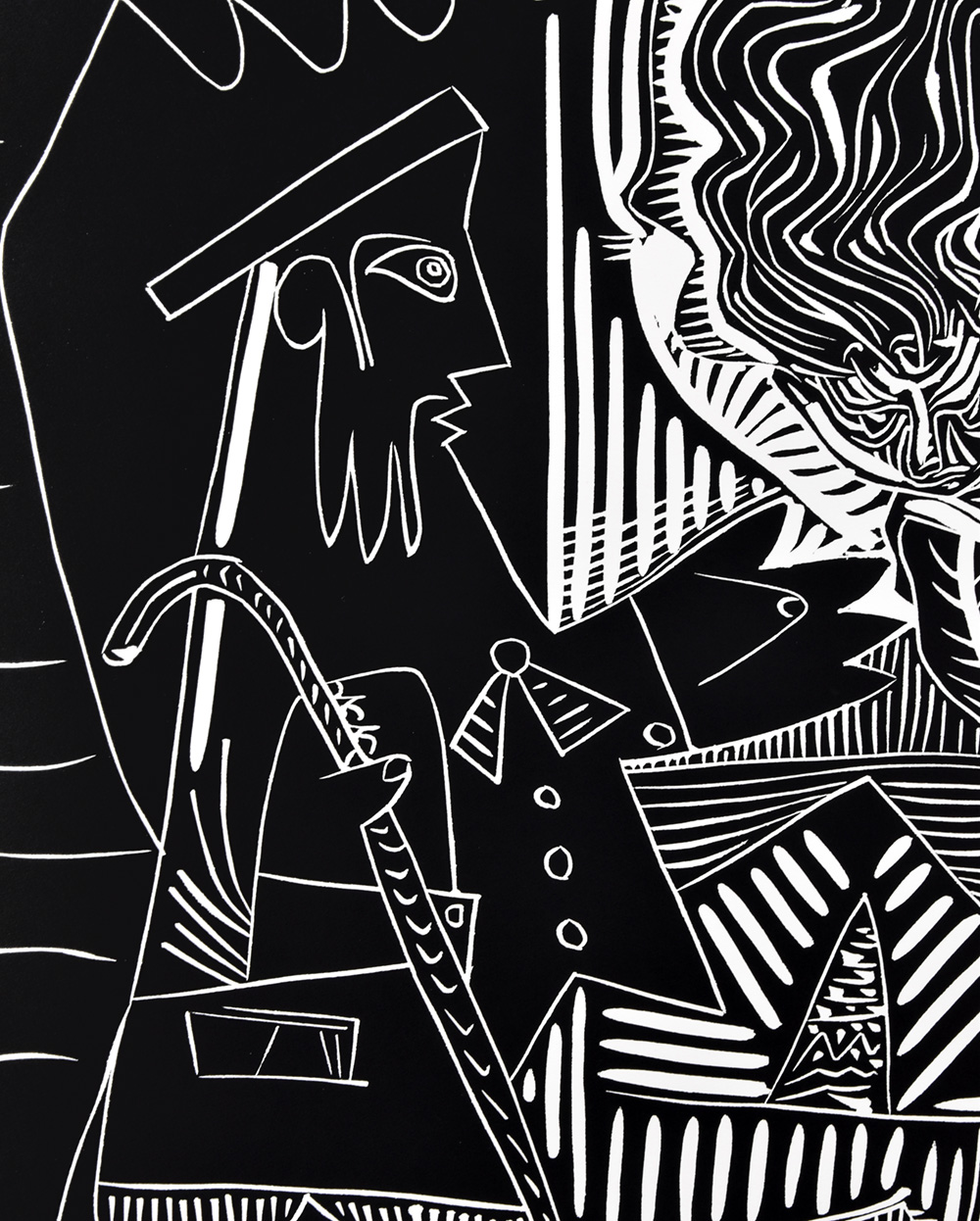 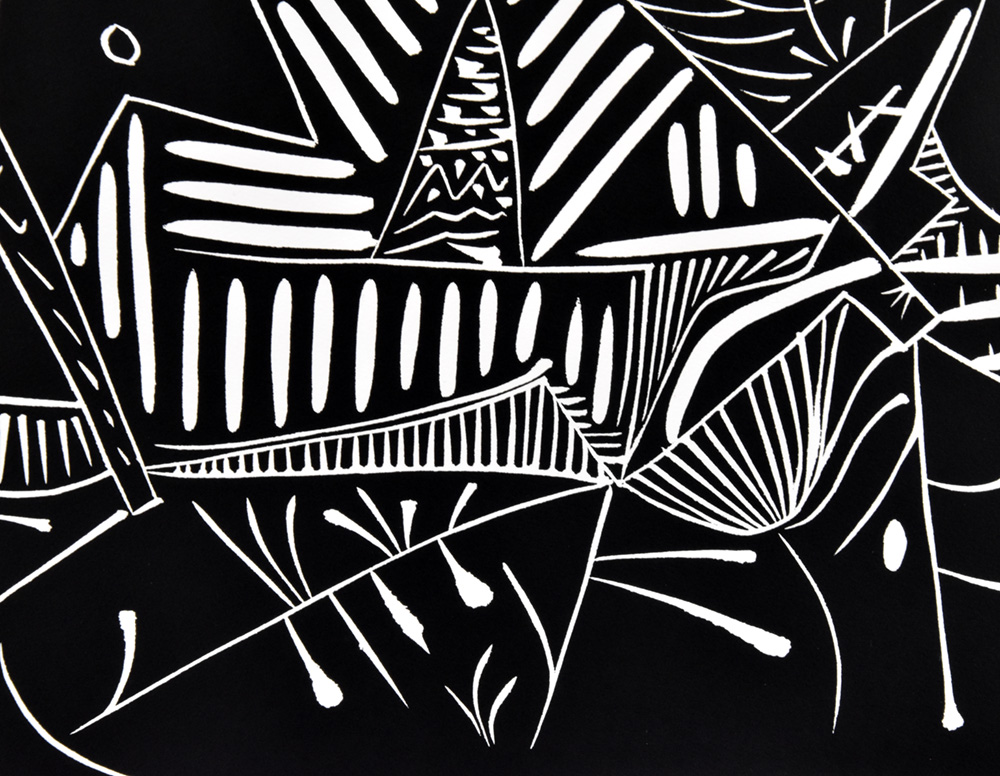 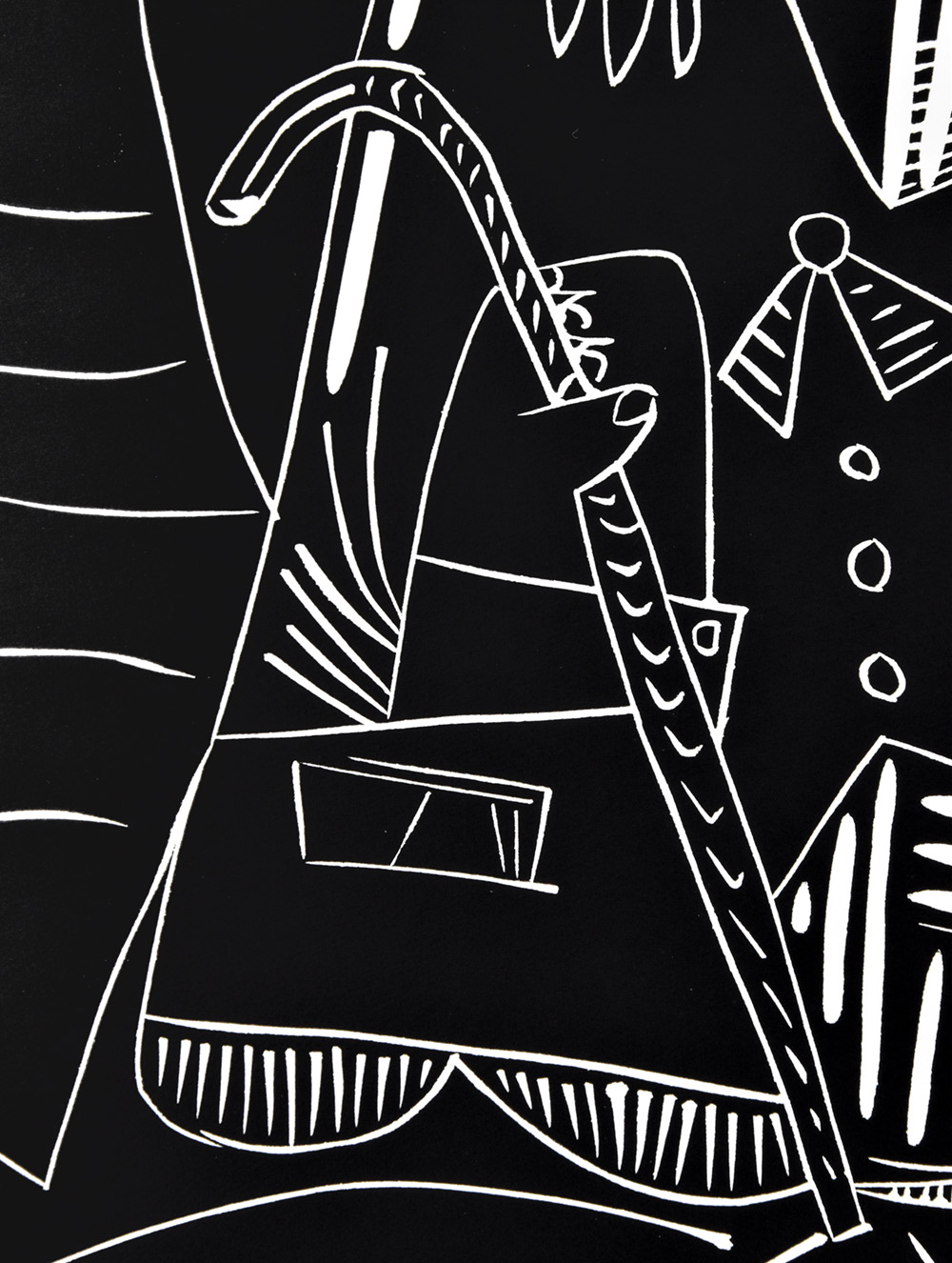 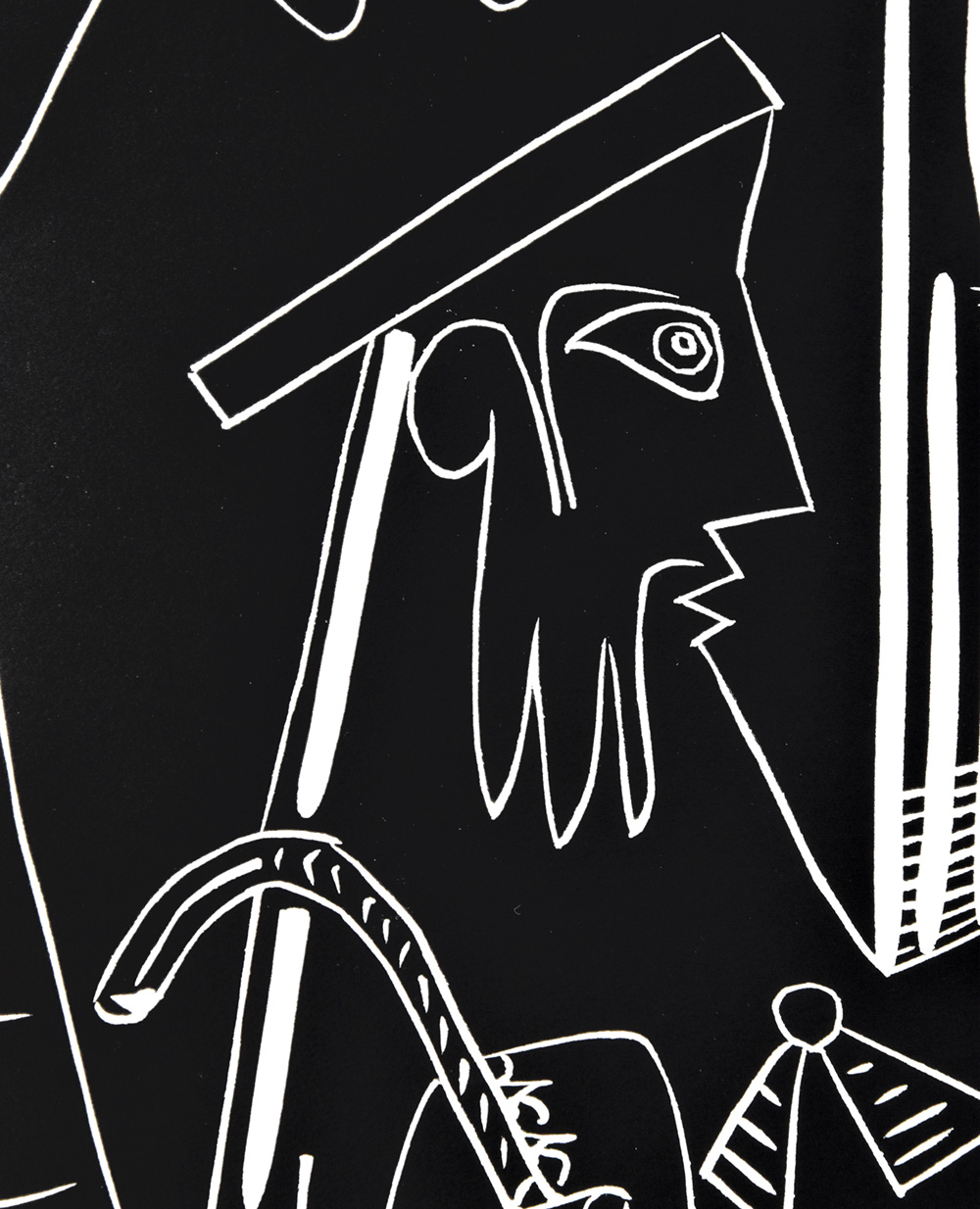 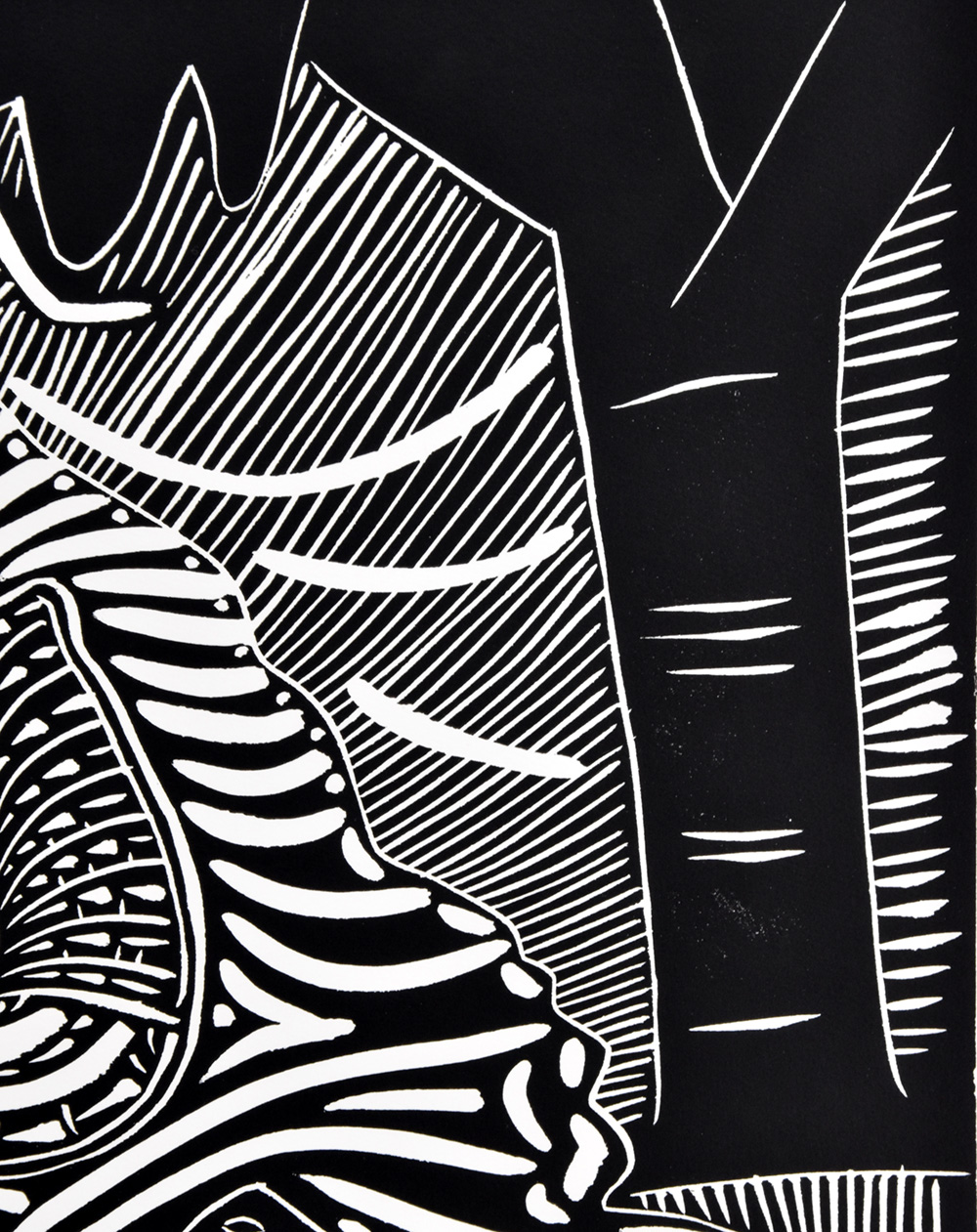 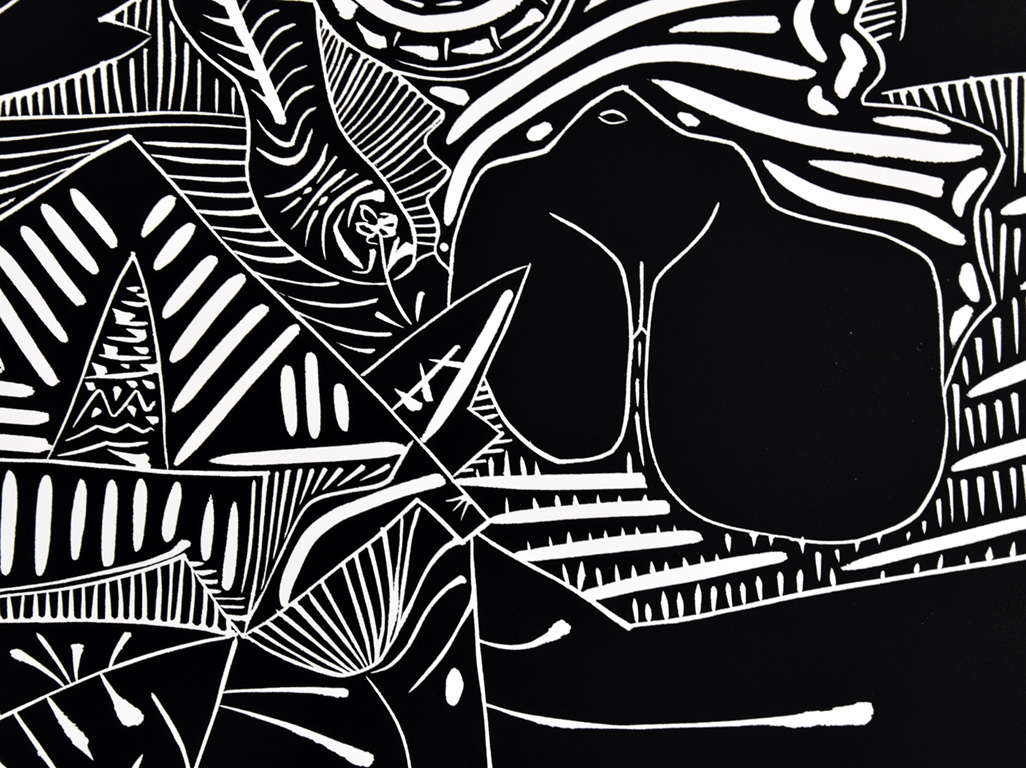 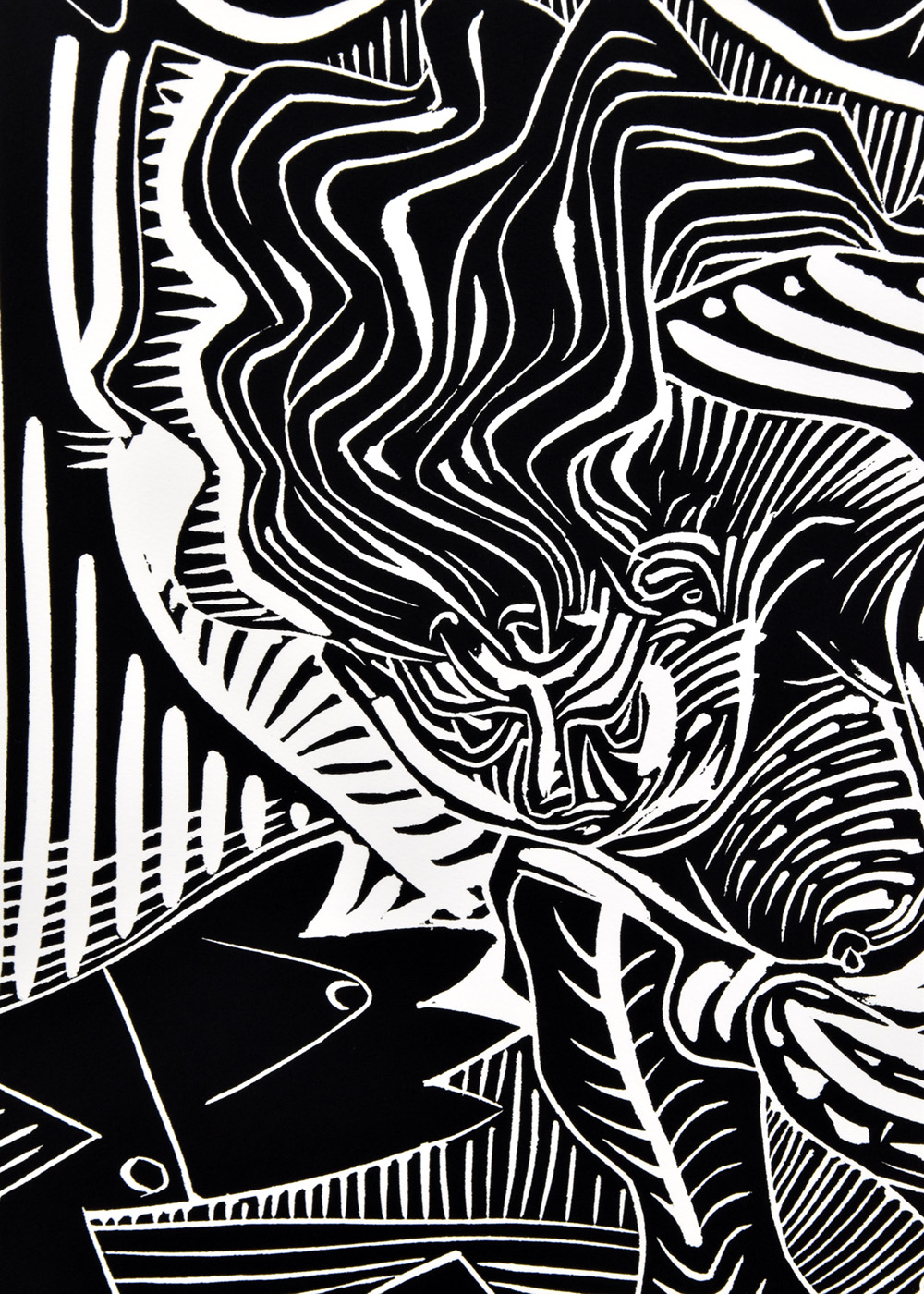 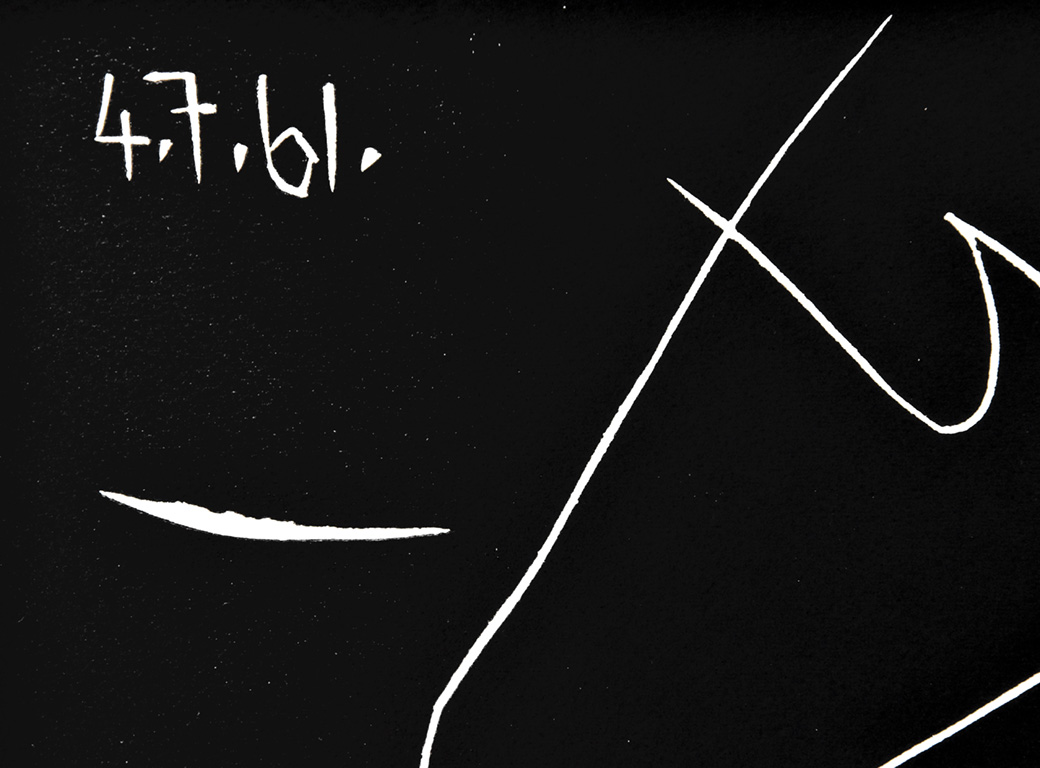 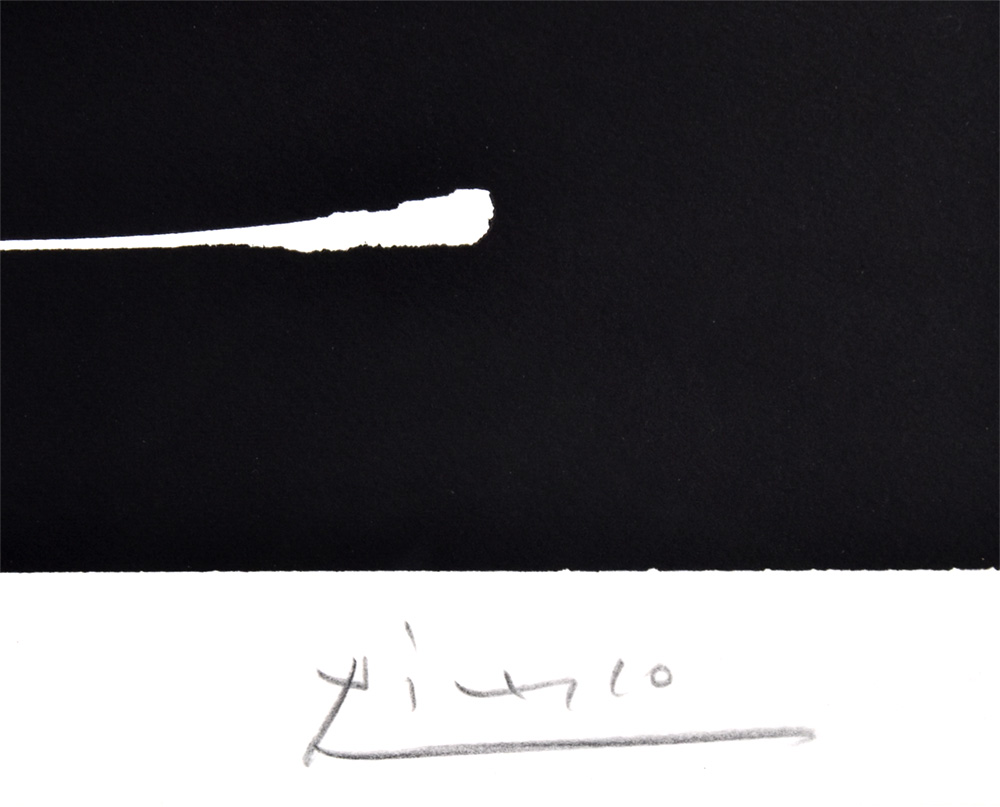 In this carefully composed image, we see echoes of Eduard Manet's famous painting Le Déjeuner, 1862-63. Intended by the French artist as a satire on the traditions of painting nudes to unrealistic perfection and historical scenes on a large-scale, the painting created much uproar. The public was scandalized to see nude women in the company of fully-dressed men, and to such a large scale.

Picasso takes Manet's scene and makes it his own, with an abstract image of two figures half naked, in an almost animalistic scene. Holding true to the original composition, the man on the left holds a cane while the woman on the right baths in a river. Picasso created multiple linocuts of this scandalous subject and this one stands out as one of the more entertaining.

Created in 1961, Pablo Picasso Le Dejeuner sur l’Herbe (Luncheon on the Grass), 1961 is a linocut hand-signed by Pablo Picasso (Malaga, 1881 – Mougins, 1973) in pencil in the lower right margin. Printed by Arnéra, Vallauris and published by Louis Leiris, Paris, this work is an artist proof aside from the edition of 50.

Catalogue Raisonné & COA:
Pablo Picasso Le Dejeuner sur l’Herbe (Luncheon on the Grass), 1961is fully documented and referenced in the below catalogue raisonnés and texts (copies will be enclosed as added documentation with the invoices that will accompany the final sale of the work).

About the Framing:
Framed to museum-grade, conservation standards, Pablo Picasso Le Dejeuner sur l’Herbe (Luncheon on the Grass), 1961 is presented in a complementary moulding and optical grade Plexiglas.