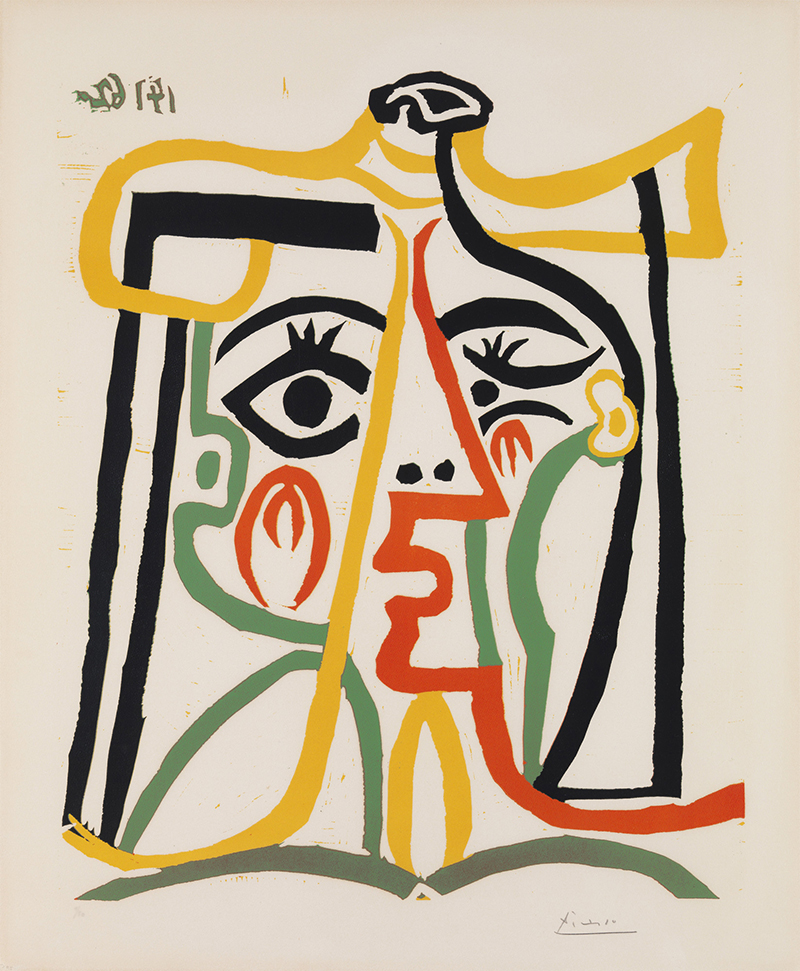 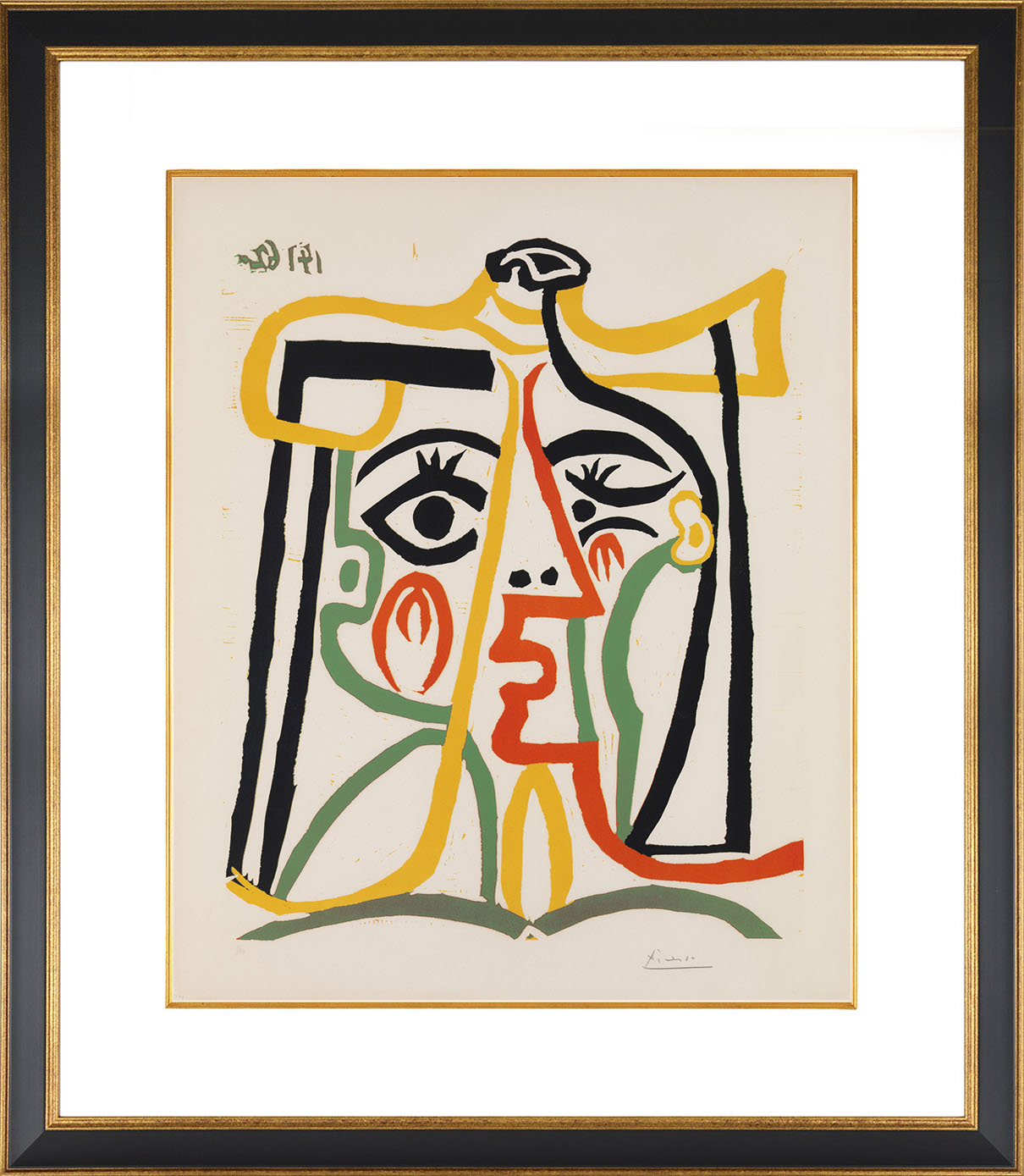 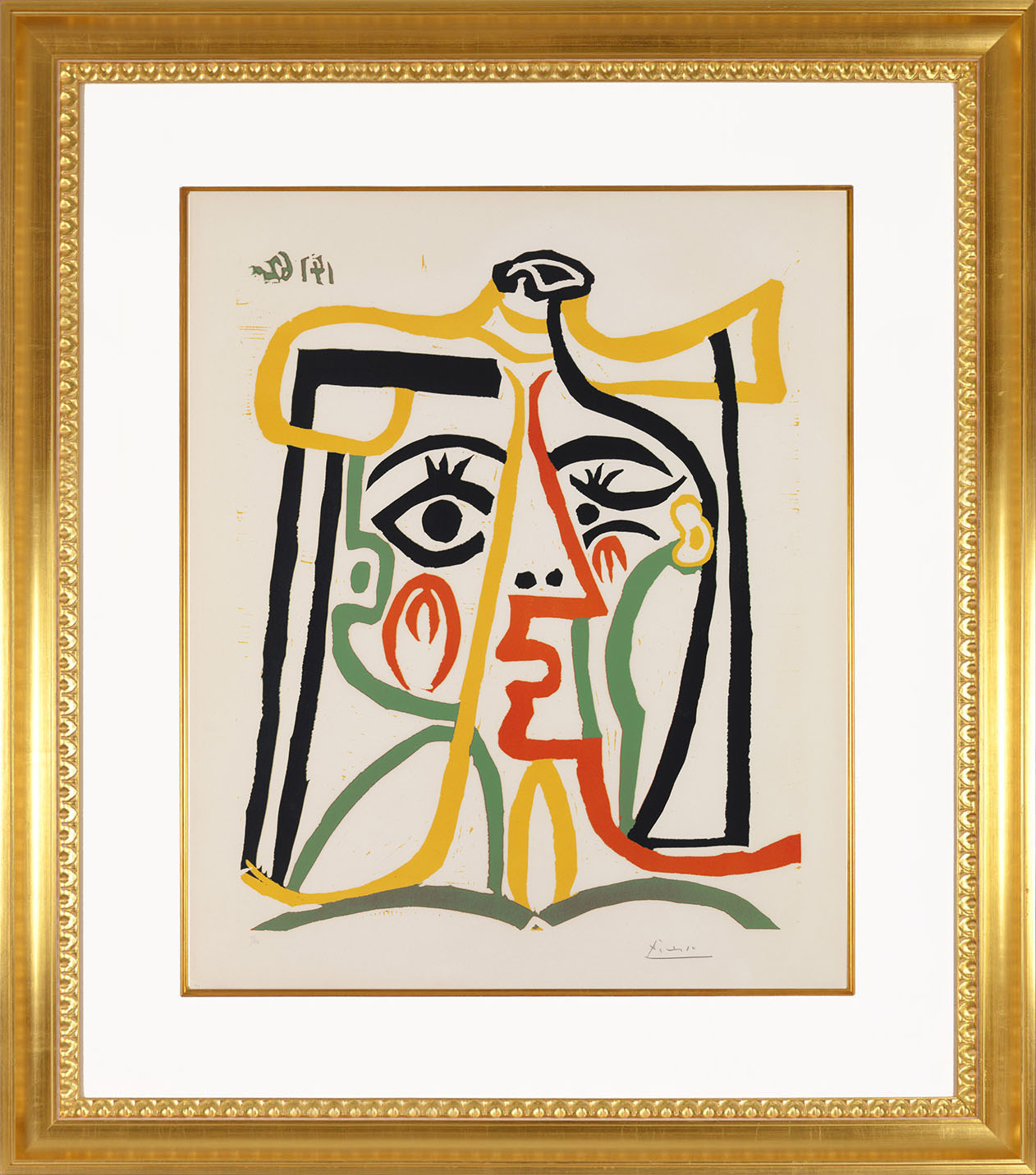 Pablo Picasso Tête de Femme (Head of a Woman), 1962 a cubist and iconic linoleum cut by Picasso demonstrates the artist's technical mastery over this relief printmaking medium. A striking and dynamic portrait of Jacqueline, this work is often also referred to as Portrait of Jacqueline au chapeau de paille. An abstracted woman's face is depicted from multiple perspective's in a menagerie of bright colors. She dons a straw hat adding an element of whimsy and character. Identified by Picasso's admirers as Jacqueline Roque, his second and last wife. Picasso fell in love with the raven-haired beauty around the same time that he became enamored with the linocut medium. The two married in 1961, and his affection for her is still present in this stunning portrayal.

Catalogue Raisonné & COA:
Pablo Picasso Head of a Woman (Tête de Femme), 1962 is fully documented and referenced in the below catalogue raisonnés and texts (copies will be enclosed as added documentation with the invoices that will accompany the sale of the work).

About the Framing:
Framed to museum-grade, conservation standards, Pablo Picasso Head of a Woman (Tête de Femme), 1962 is presented in a complementary moulding and finished with silk-wrapped mats and optical grade Plexiglas.