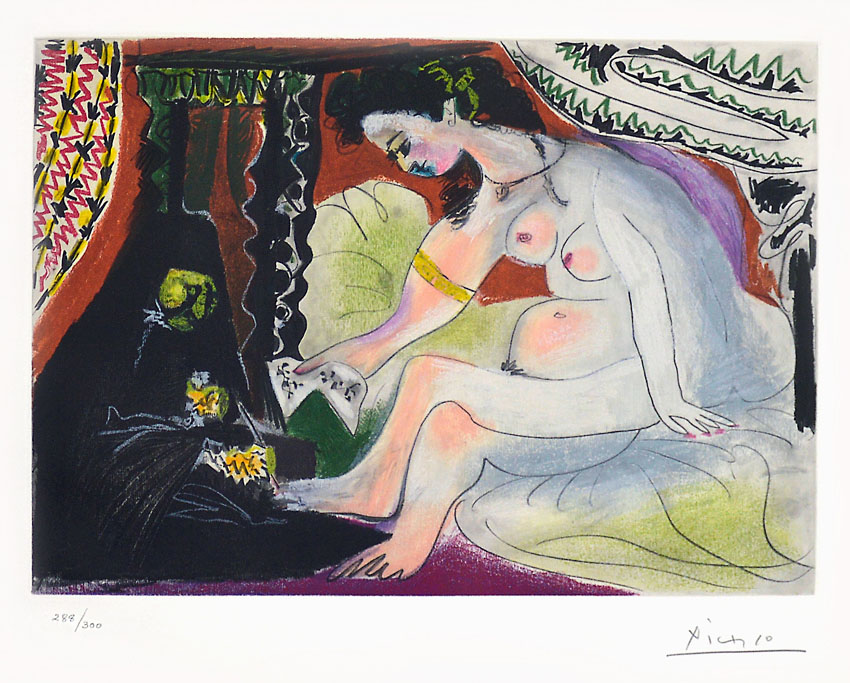 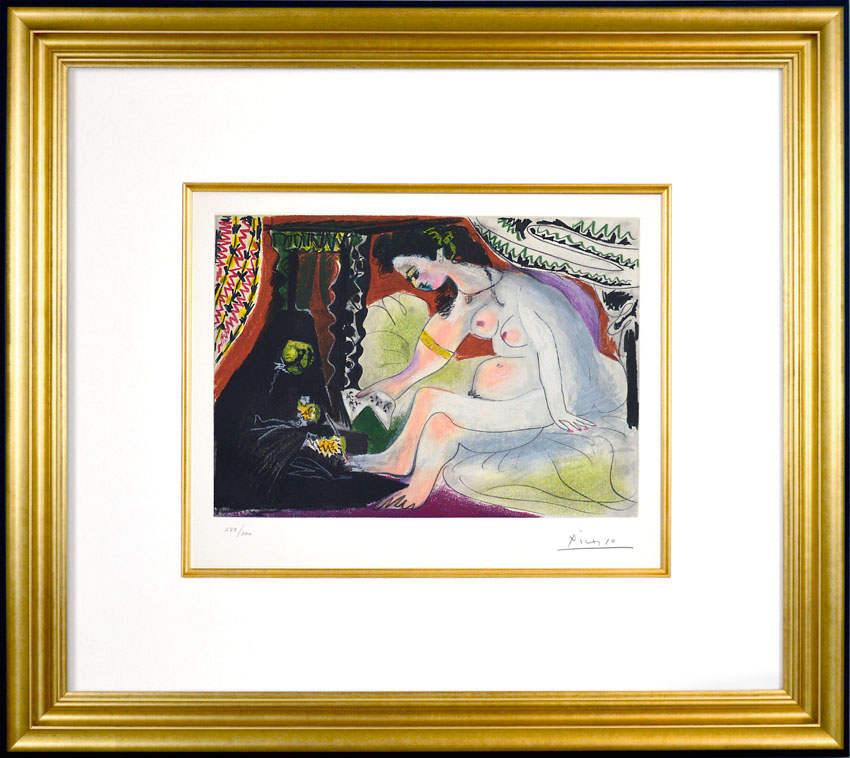 Pablo Picasso Bethsabée (Bethsheba), 1966 is a captivating aquatint, perhaps one of Picasso’s more vivid and colored pieces that result in a mythical and romantic scene.  Bethsheba, future wife of King David during biblical times, is captured here reading a letter in the comfort of her lush bedroom setting.

The grand tale of Bethsheba and King David dates back to biblical times, referenced mainly in the Hebrew Bible, but also the Christian Bible, and Qur’an as well.  After catching a glimpse of the beautiful Bethsheba bathing, King David had fallen desperately in love, only to find her married to a soldier in his army currently fighting in battle.  After ordering his death to legally wed Bethsheba, King David sends her a letter both proclaiming his sympathy and also his love.  In this colorful and elegant scene by Picasso, we see Bethsheba reading this letter, in a graceful indifference that makes it unclear of both her thoughts and her feelings.  Picasso renders the composition perfectly with a delicate balance of ruby reds and soft pinks and greens, making Bethsabée a fine addition to any art collection.

Catalogue Raisonné & COA:
Pablo Picasso Bethsabée (Bethsheba), 1966 is fully documented and referenced in the below catalogue raisonnés and texts (copies will be enclosed as added documentation with the invoices that will accompany the sale of the work).

1.    A Certificate of Authenticity will accompany this work.

About the Framing:
Framed to museum-grade, conservation standards, Pablo Picasso Bethsabée (Bethsheba), 1966 is presented in a complementary moulding and finished with silk-wrapped mats and optical grade Plexiglas.