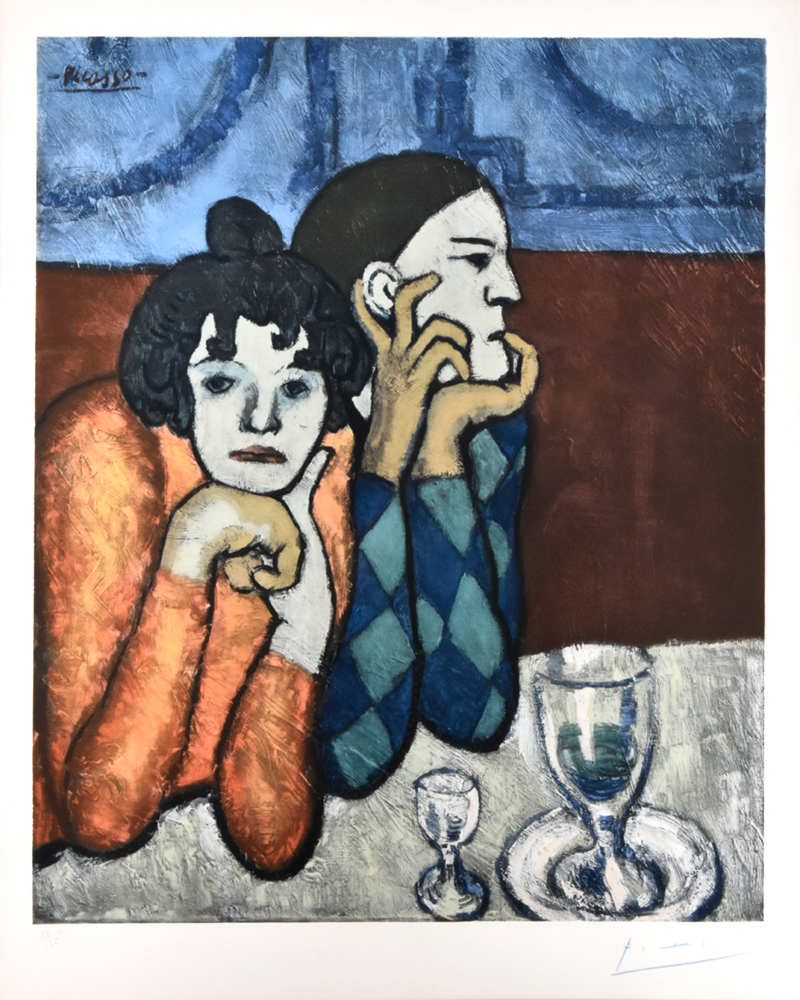 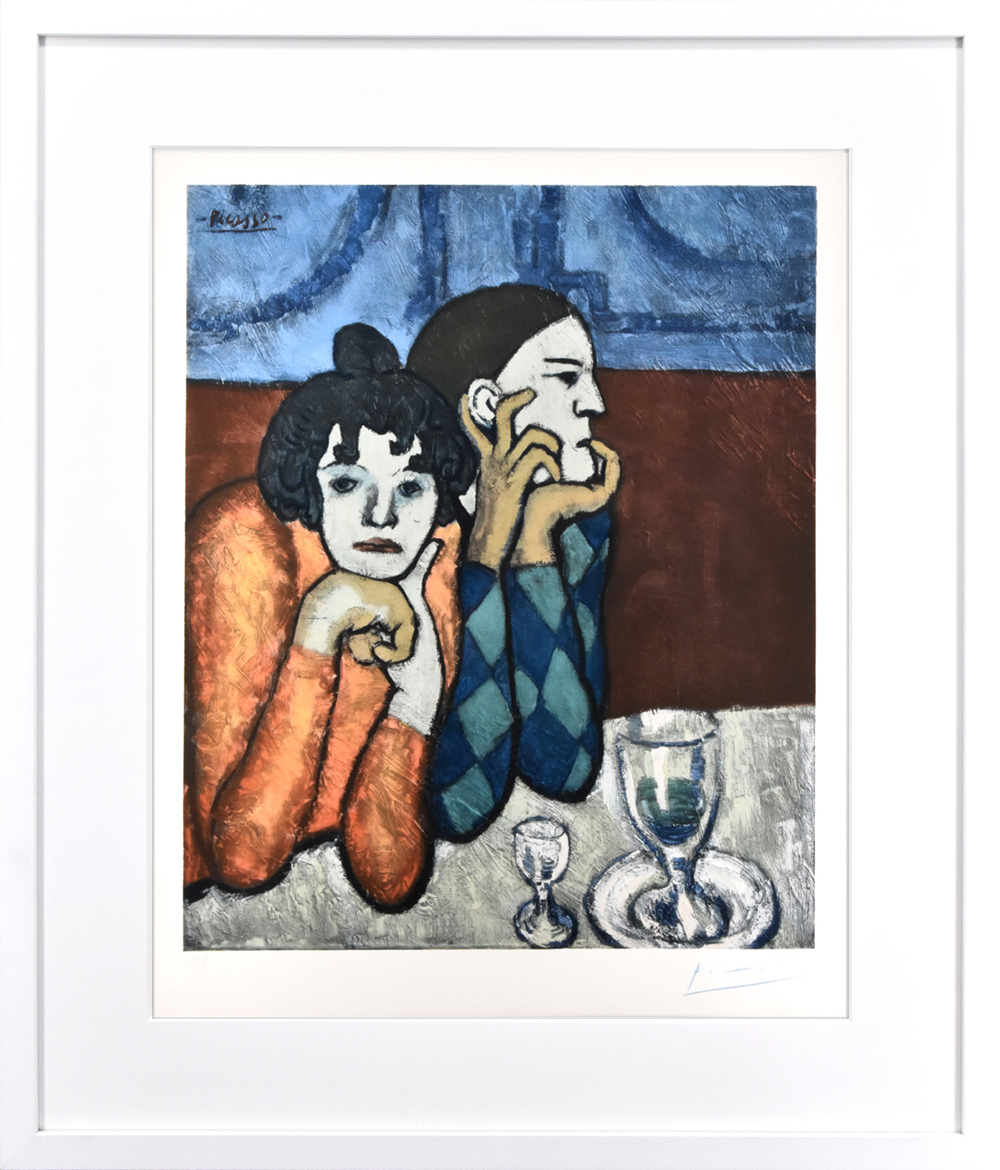 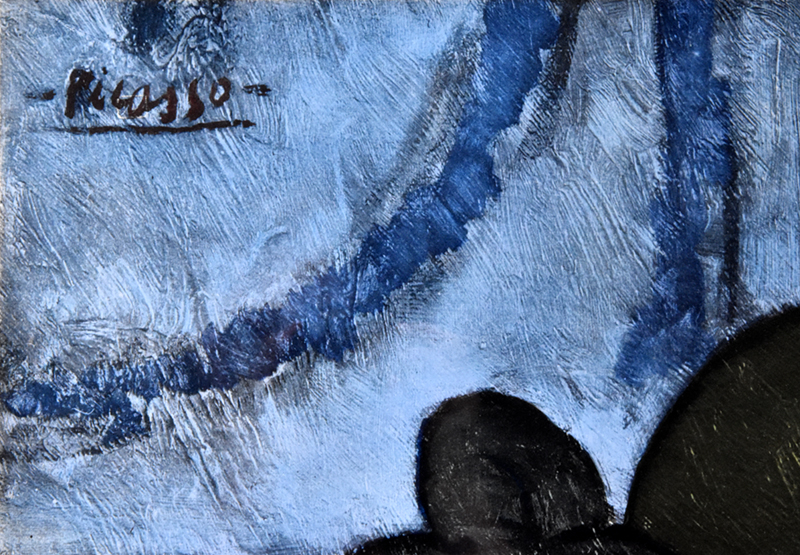 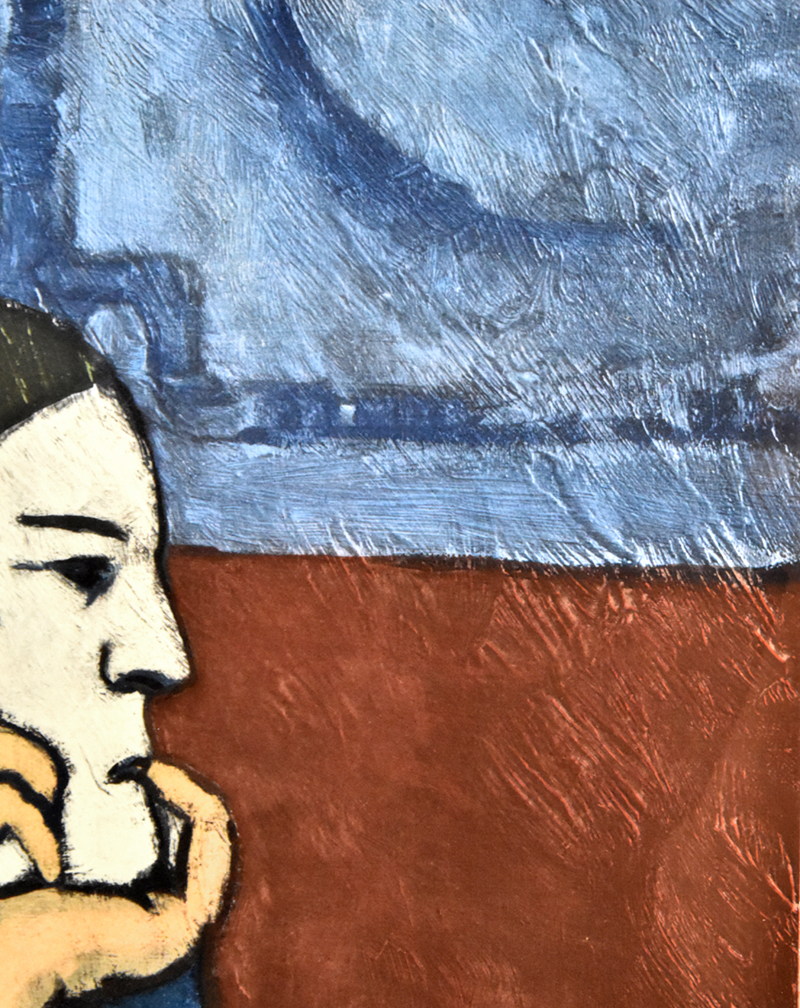 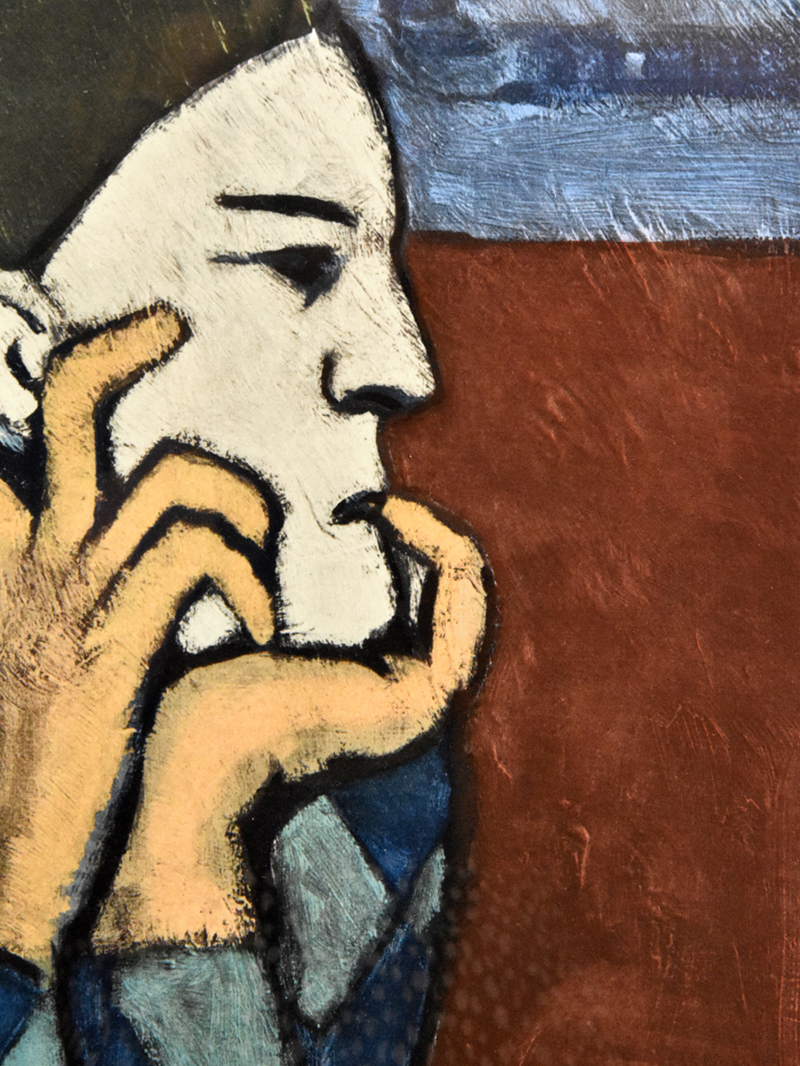 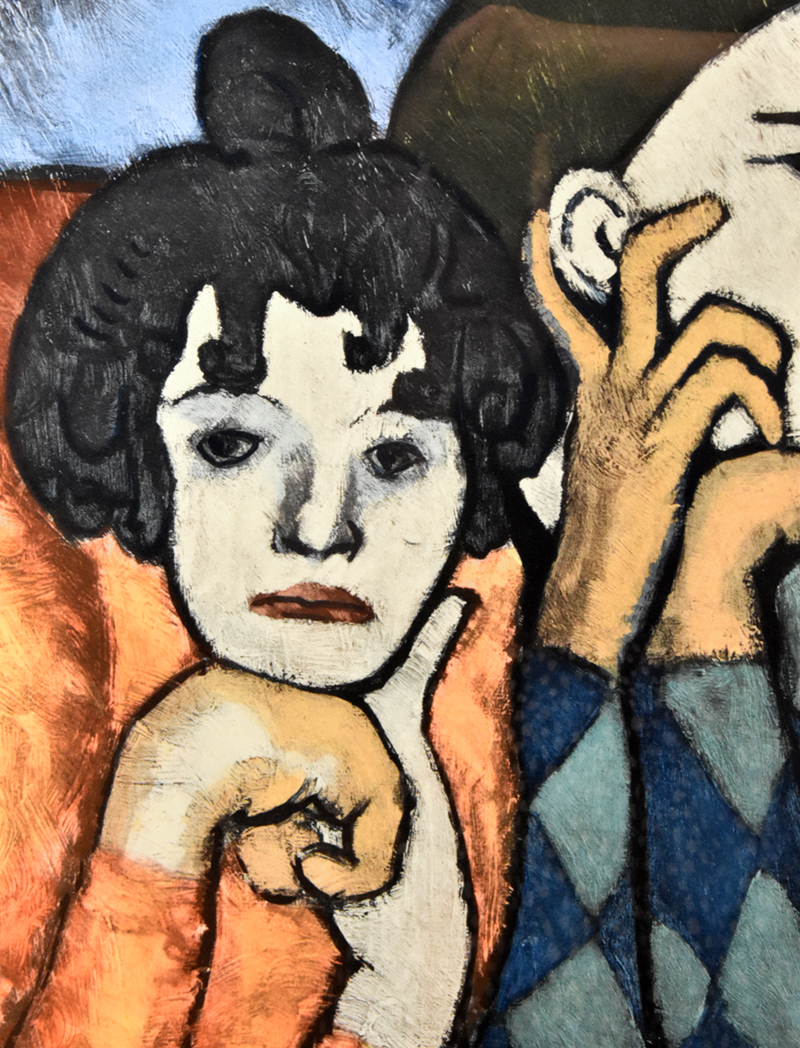 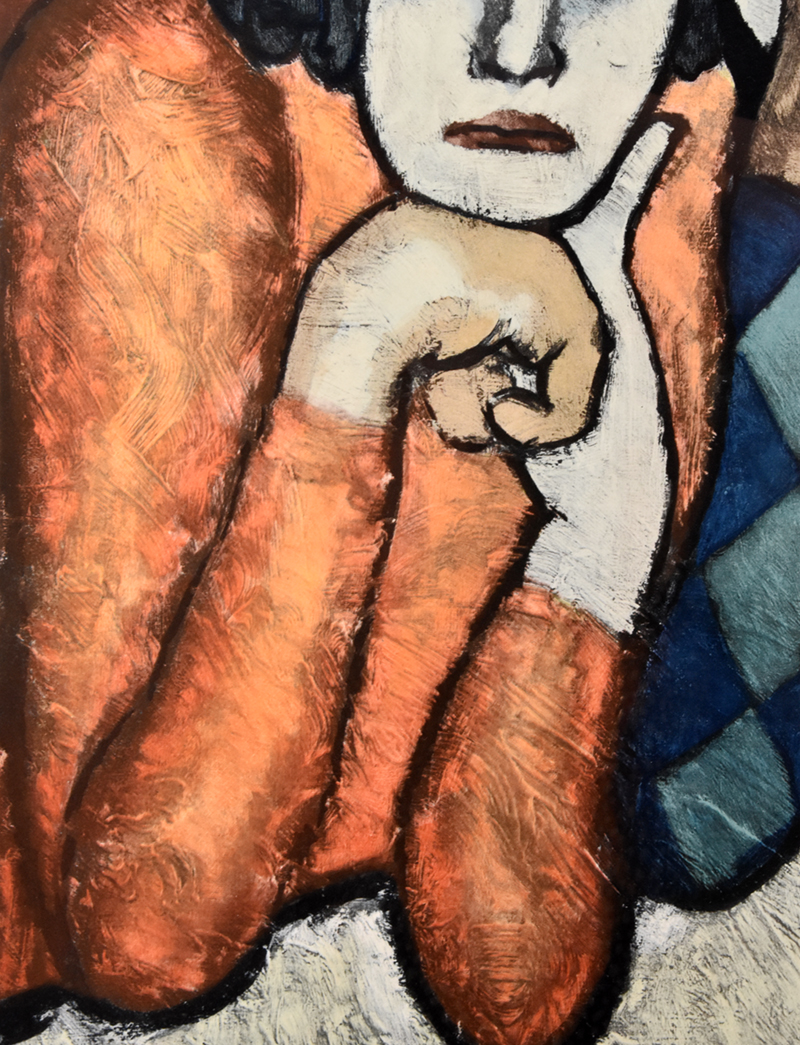 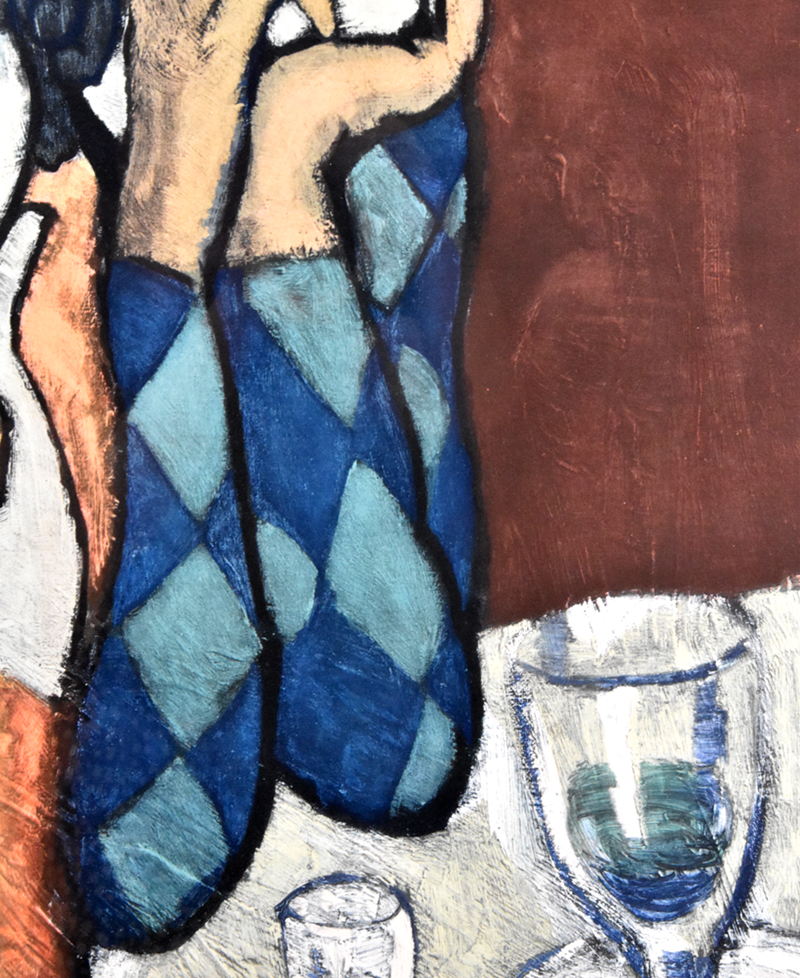 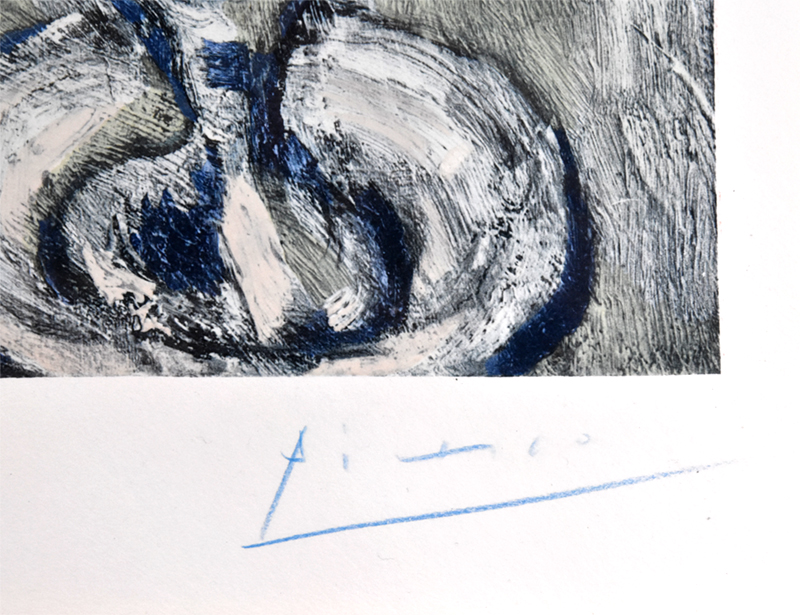 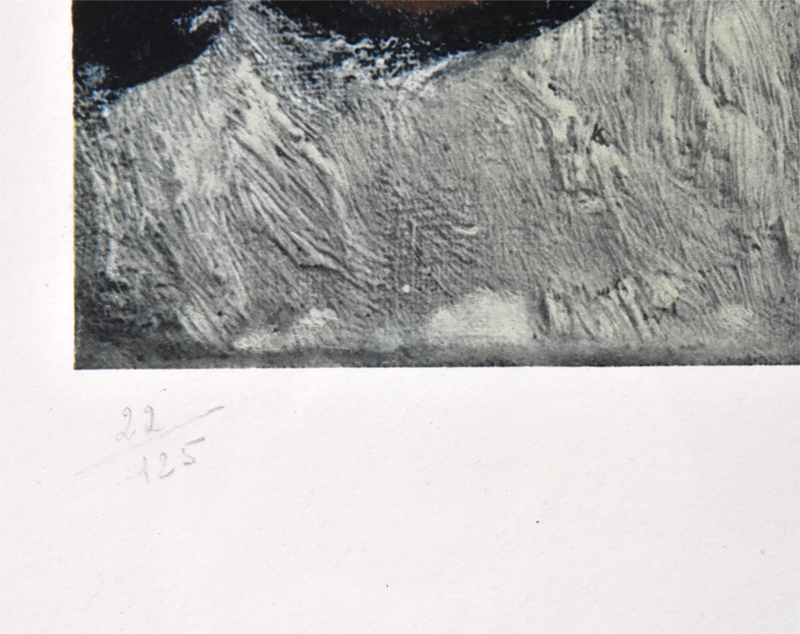 Created circa 1960 after an oil painting Les Deux Saltimbanques, this color Collotype with pochoir on Arches wove paper with an Arches watermark is hand-signed by Pablo Picasso (Malaga, 1881 – Mougins, 1973) in blue crayon in the lower right margin. Numbered from the edition of 125 in pencil in the lower left margin.

Catalogue Raisonné & COA:
Picasso The Two Saltimbanques: The Harlequin and His Companion (Les Deux Saltimbanques: l’Arlequin et Sa Compagne), c.1960 is fully documented and referenced in the below catalogue raisonnés and texts (copies will be enclosed as added documentation with the invoices that will accompany the final sale of the work).

1. Boudaille, Georges and Pierre Daix with Joan Rosselet. Picasso, The Blue & Rose Periods: A Catalogue Raisonné of the Paintings, 1900-1906, Neuchâtel, 1966. Original painting is listed and illustrated as catalogue raisonné no. VI.20.
2. Spitzer, Guy. Éditions Guy Spitzer, Reproductions de Tableaux de Maitres, Paris. Illustrated on the frontispiece of this catalogue.
3. A Certificate of Authenticity will accompany this work.

About the Framing:
Framed to archival museum grade conservation standards Picasso The Two Saltimbanques: The Harlequin and His Companion (Les Deux Saltimbanques: l’Arlequin et Sa Compagne), c.1960 is framed in a complementary moulding with silk mats and optical grade Plexiglas.