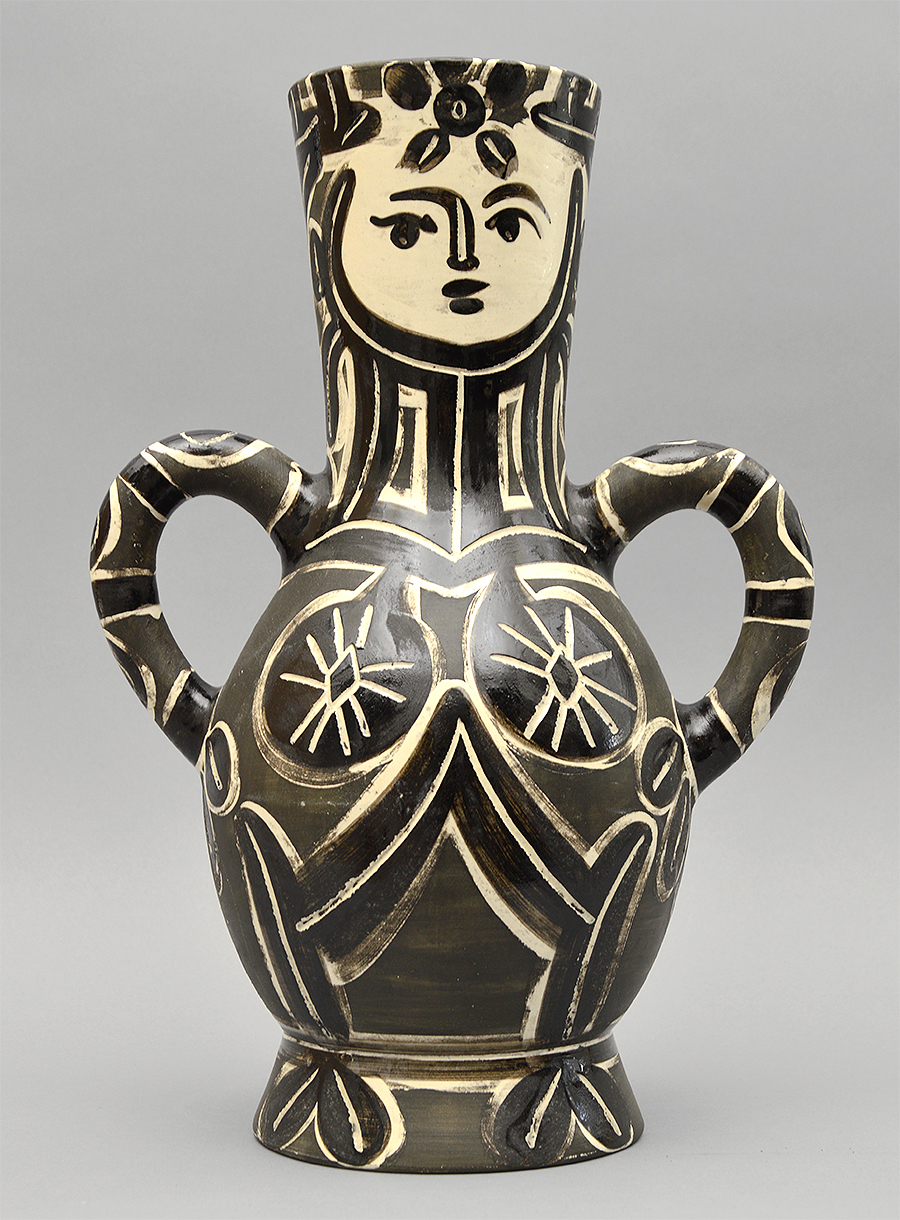 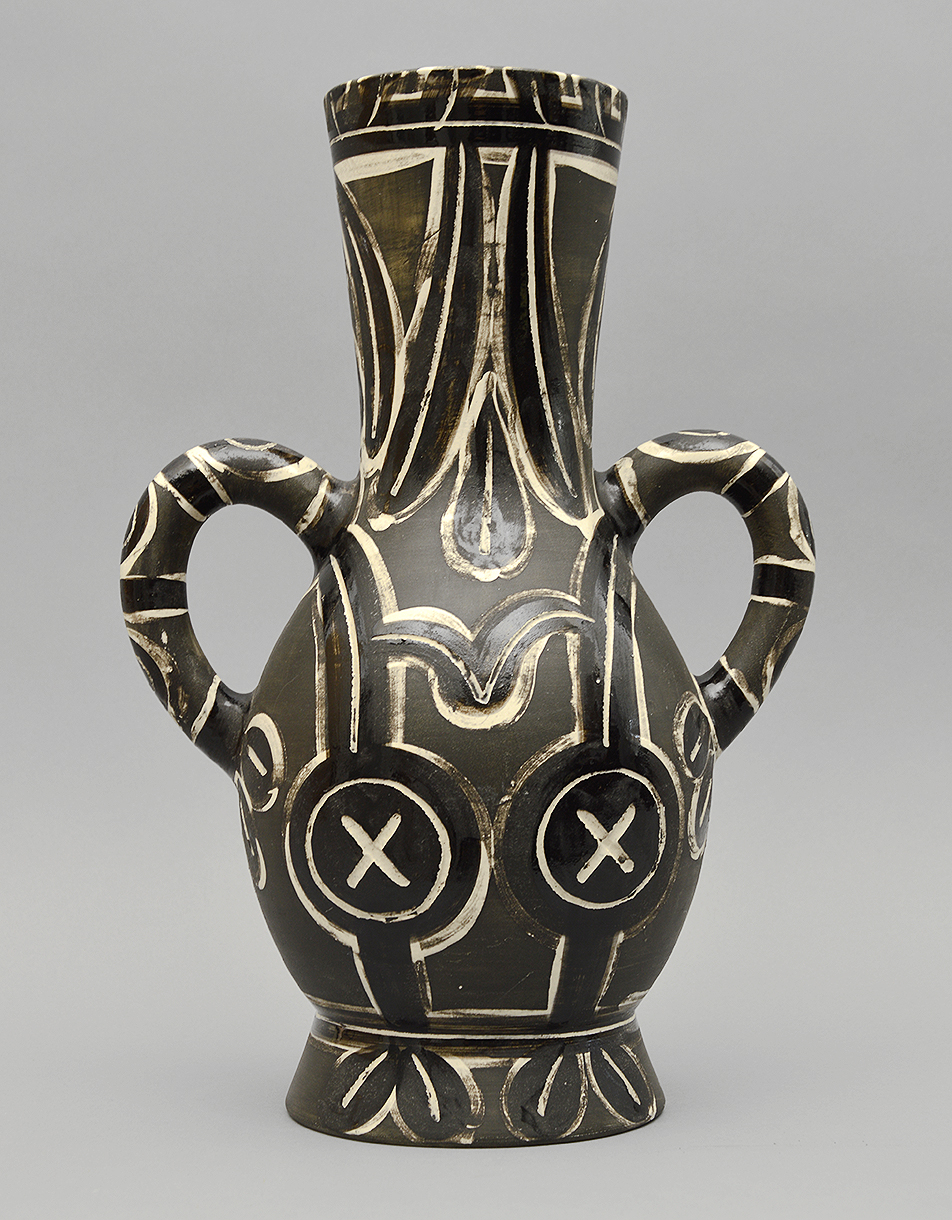 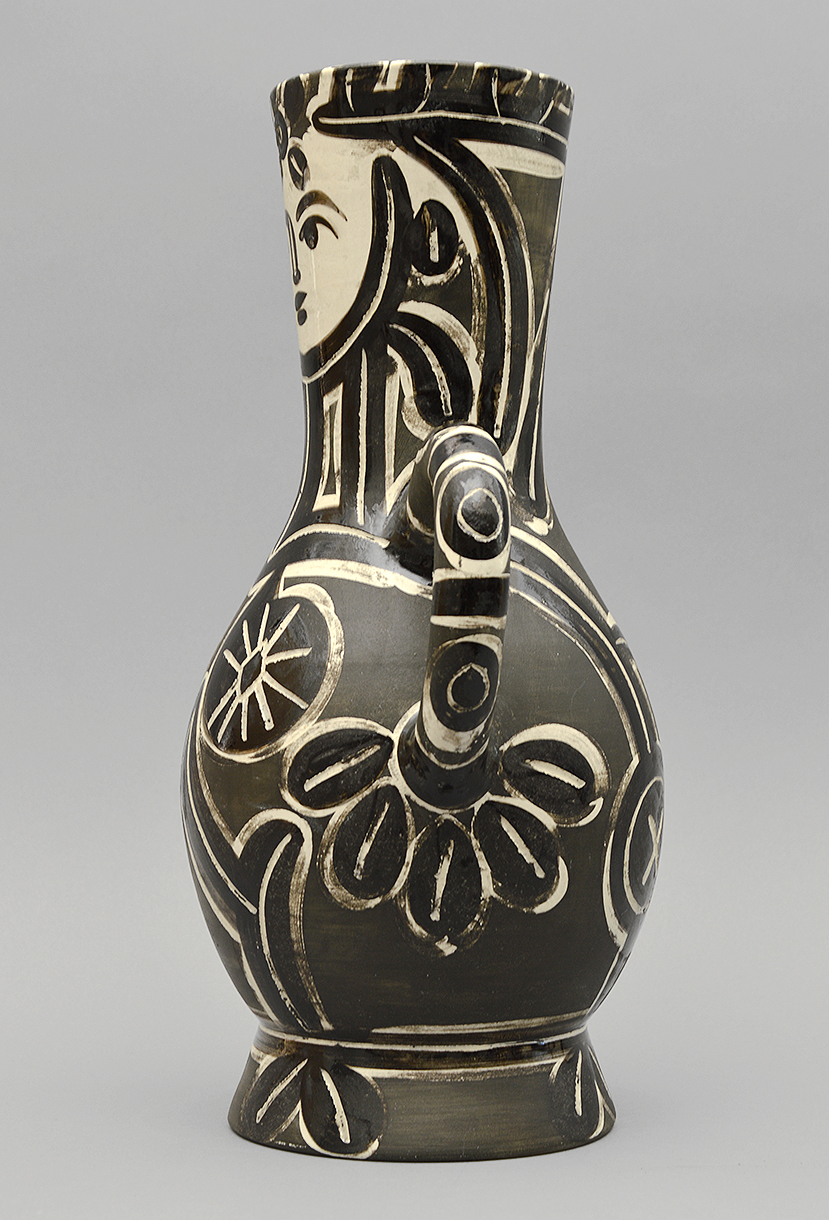 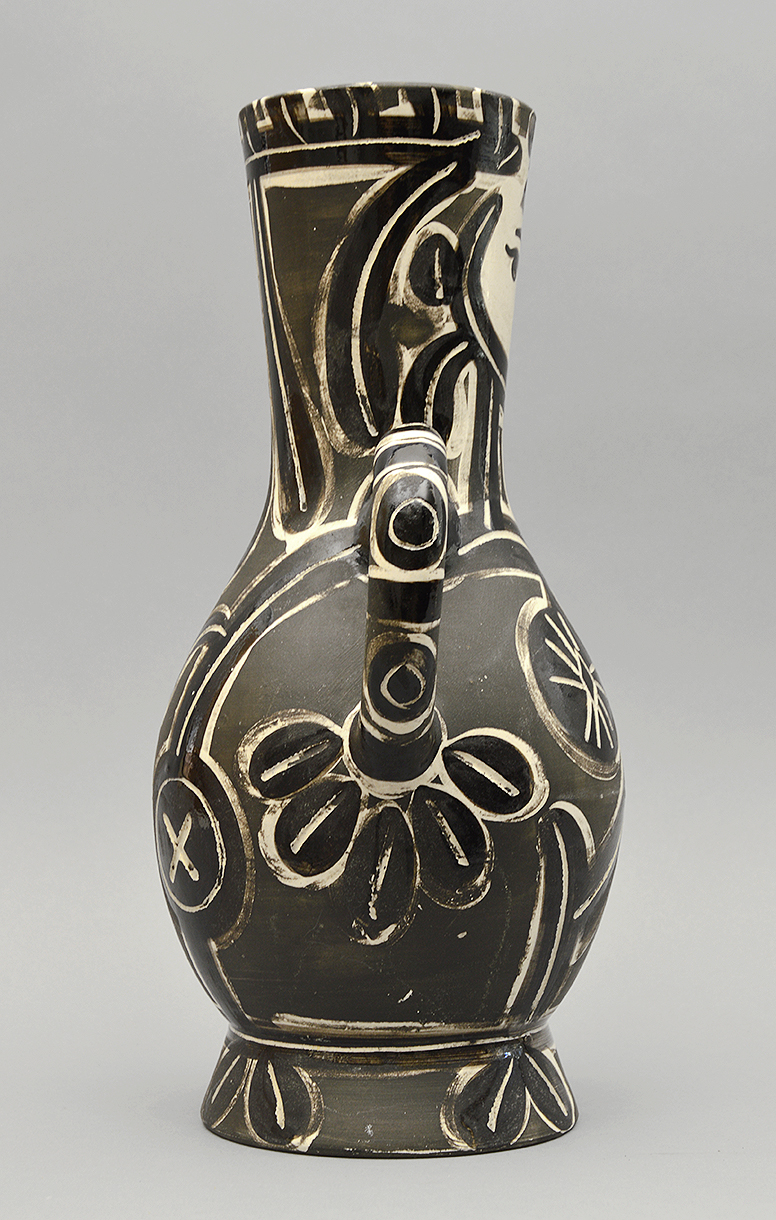 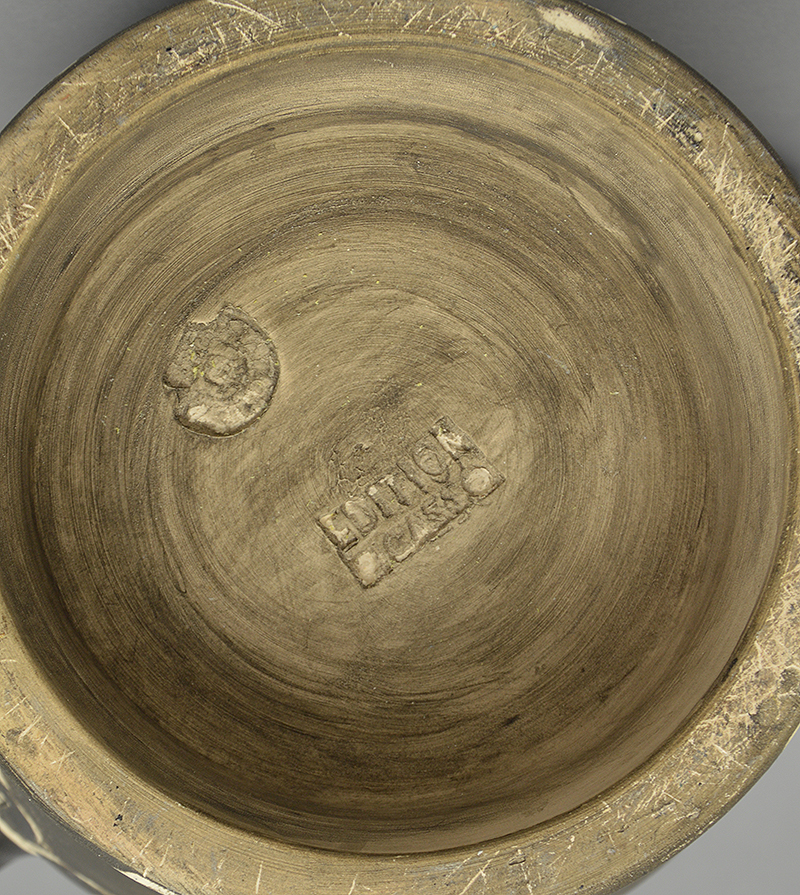 Pablo Picasso ceramic Vase deux anses hautes (Vase with Two High Handles), 1951 A.R. 213 also titled La reine (The Queen), 1953 is a remarkable example of Picasso's artistic research and development of the ceramic medium. Under Picasso's skillful manipulation, the vase becomes a sculpture of a woman. With a gaze as fixing as her pouting lips, this woman captivates. She is crowned with a star that sheds light down upon her stunning face. The heart-shaped face and vivacious curves, so expertly molded out of the handles, denote that she is full of life and energy. This technique of utilizing form and coloration with the exquisite hand applied decorations are what make the sculpture so stunning.

Ceramics played a fundamental part in Picasso's career, from his first experiments in 1947 until his death almost thirty years later. Appreciated by the artist as a creative medium in its own right, he explored with abundance and apparent delight the interplay offered between line and form, between two and three dimensions.

Created in 1953, this white, earthenware clay vase is decorated with engobes and knife engraving, and has been partially brushed with glaze. It comes from the edition of 400, and features the inscribed stamps, 'MADOURA PLEIN FEU' 'EDITION PICASSO' stamps on the underside.

CATALOGUE RAISONNÉ & COA:
Pablo Picasso ceramic Vase with Two High Handles (Vase deux anses hautes), 1953 A.R. 213 also titled The Queen (La reine), 1953 is fully documented and referenced in the below catalogue raisonnés and texts (copies will be enclosed as added documentation with the invoices accompanying the final sale of the work):

2. A Certificate of Authenticity will accompany these works.