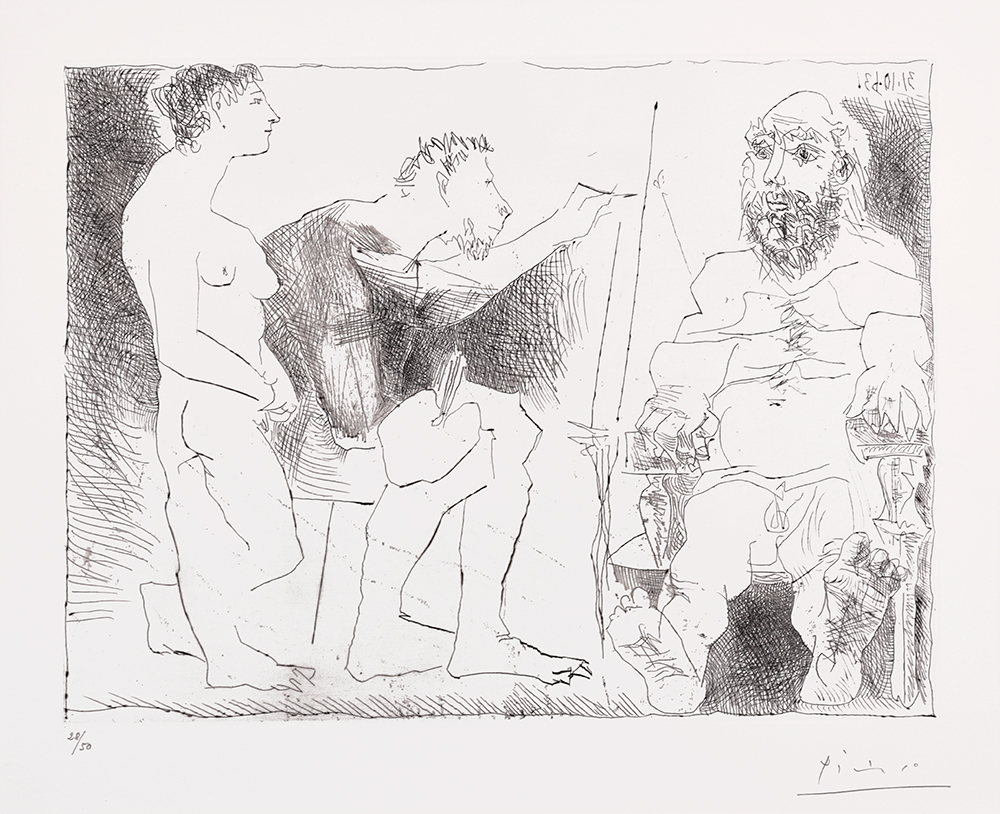 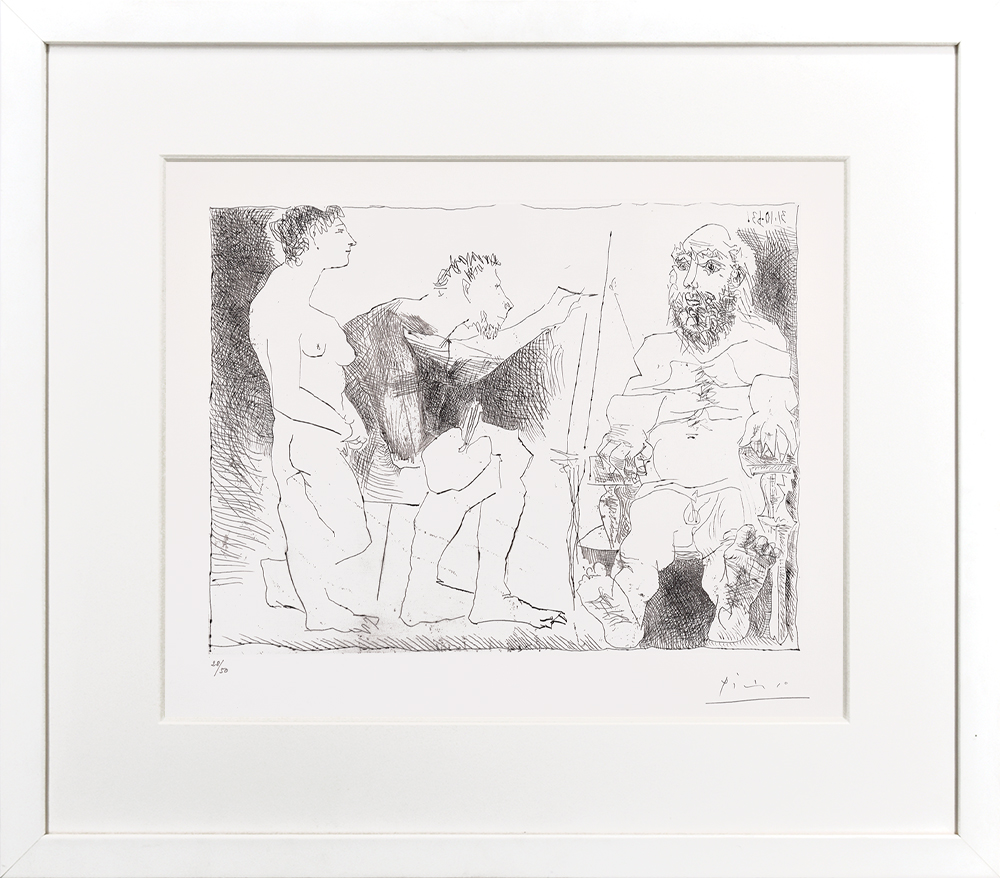 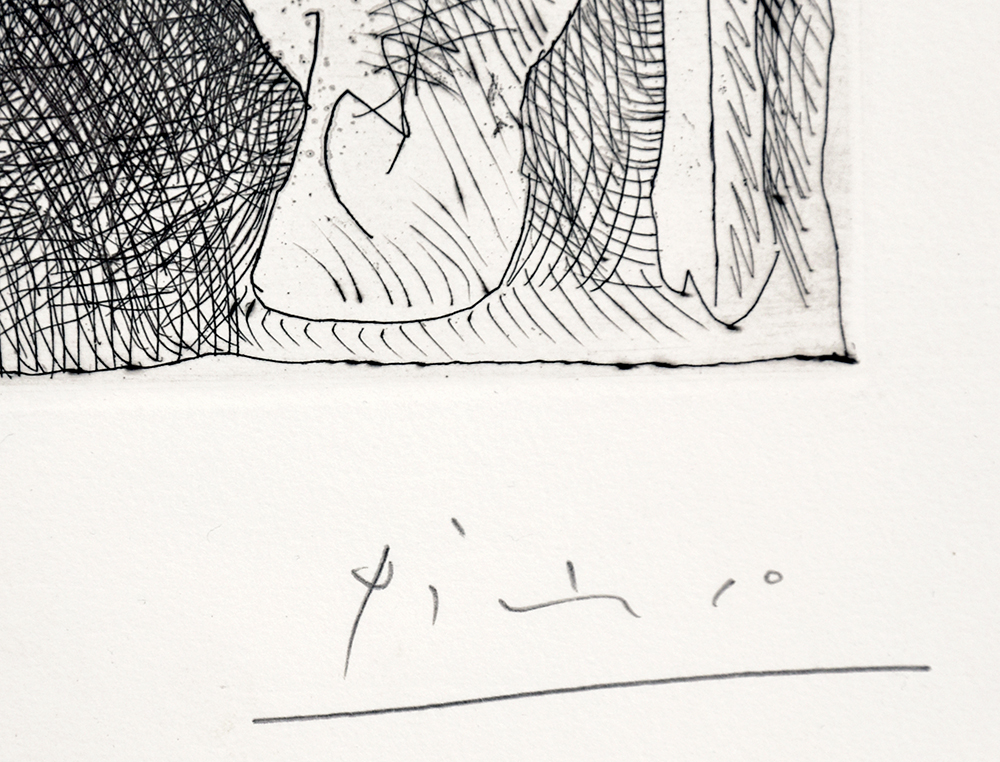 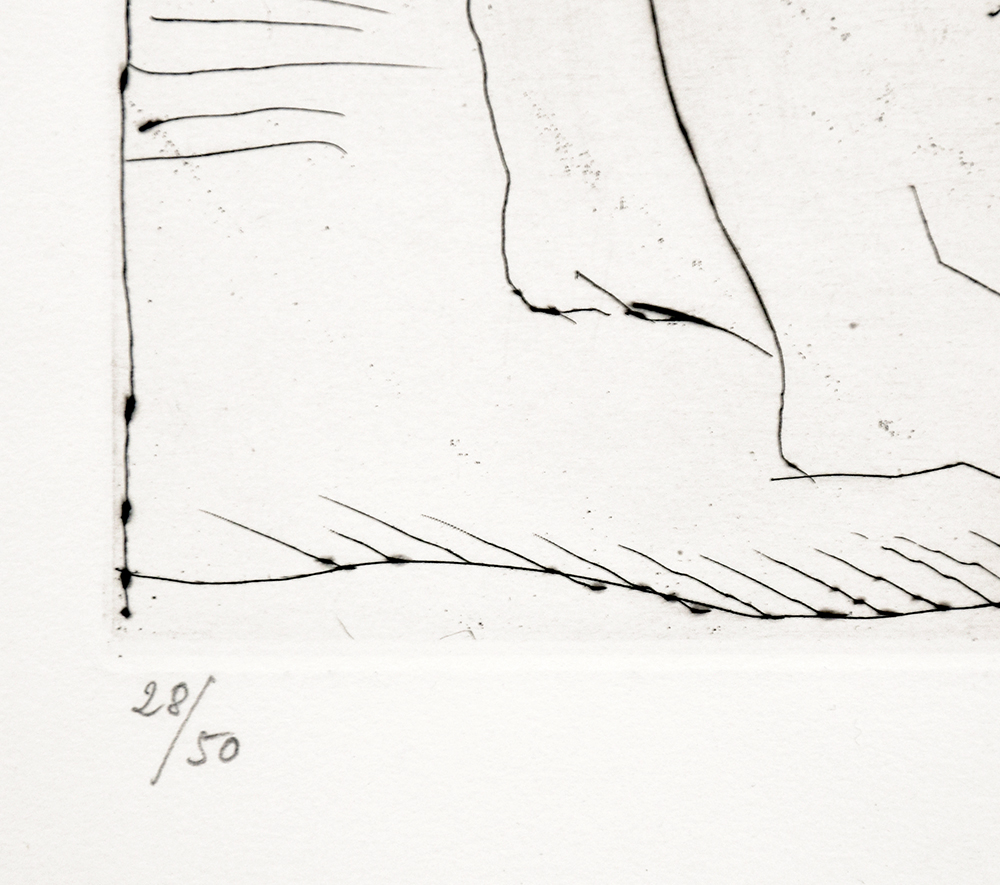 Pablo Picasso Peintre au Travail (Painter at Work), 1963 depicts three male figures conspicuously sitting beside each other. The contours of their bodies are highly irregular and almost erratic. The cross-hatchings add dimension to the areas where our eyes are immediately drawn in. Shadows guide the viewer where exactly to look as they form a stark contrast between black and white. The male figure in the middle sketches a picture of the nude on the right where he sits still as if frozen in time. Picasso adds a hint of cartoon and animal-like qualities in each of these figures. Upon closer inspection, their faces show a glimpse of either a faun or goat while their feet are almost claw-like. Picasso articulates playfulness by using humor to come across in this work. The cross between animal and human features maintains the hybridity of the simple yet dynamic nature of this work.

Catalogue Raisonné & COA:
Pablo Picasso Peintre au Travail (Painter at Work), 1963 is fully documented and referenced in the below catalogue raisonnés and texts (copies will be enclosed as added documentation with the invoices that will accompany the final sale of the work):

About the Framing:
Framed to museum-grade, conservation standards, Pablo Picasso Peintre au Travail (Painter at Work), 1963 is presented in a complementary moulding and optical grade Plexiglas.