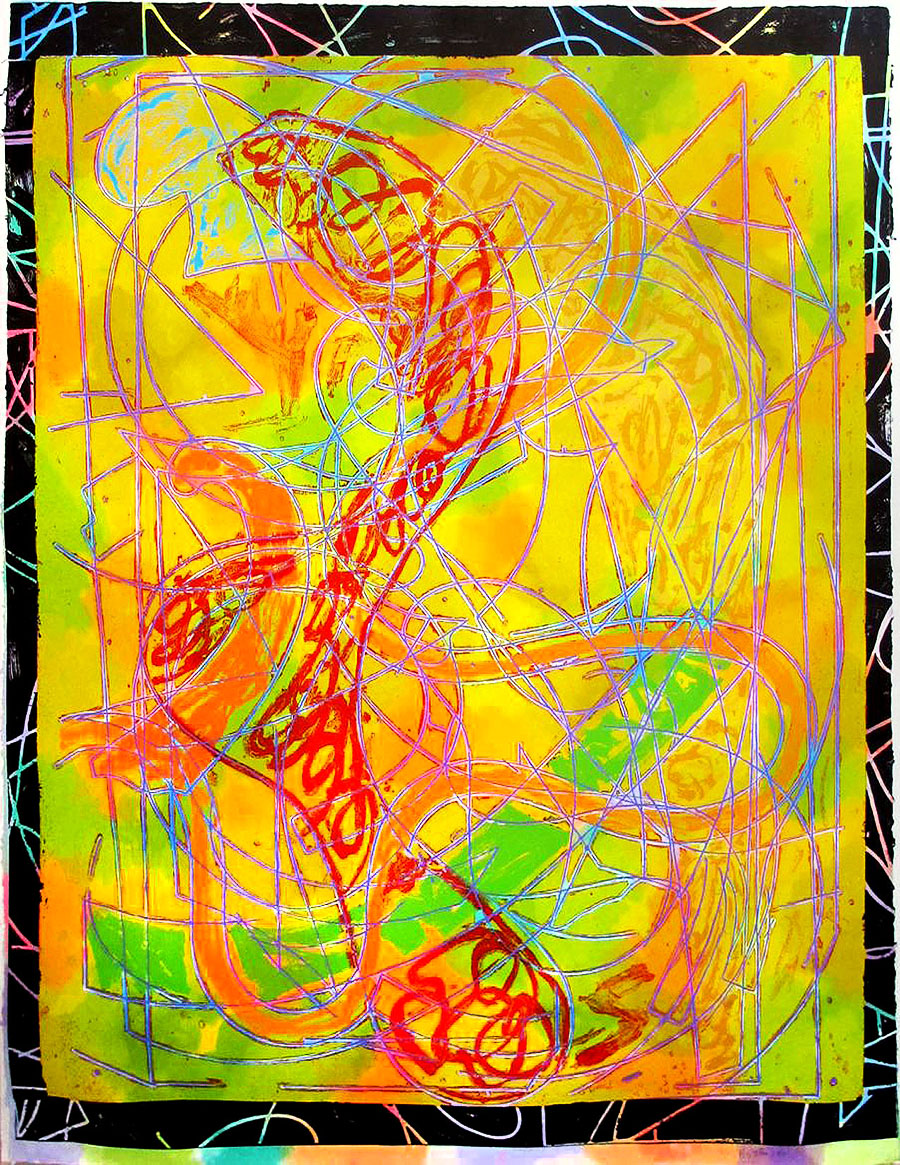 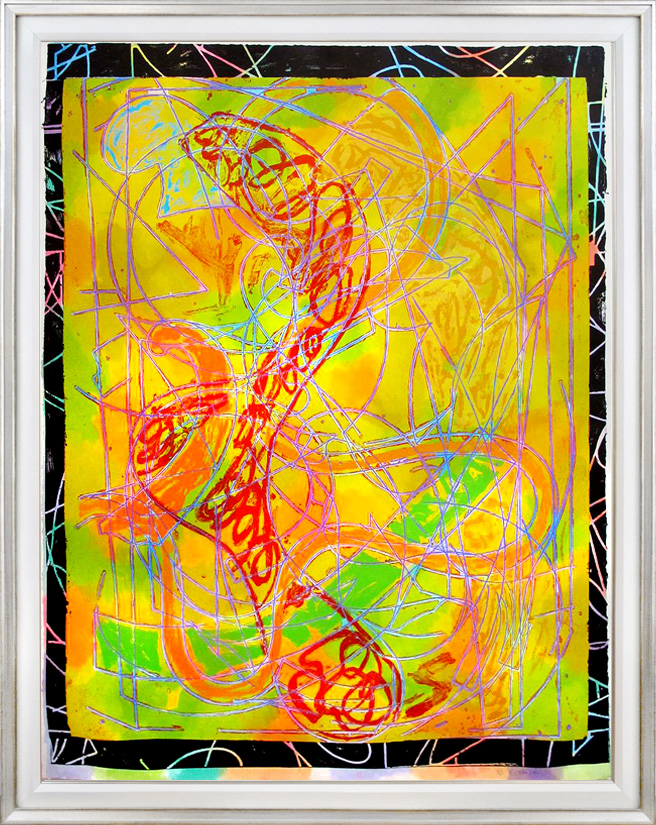 Frank Stella’s Estoril Five I, from Circuits, 1982 is from the artist's acclaimed series inspired by race tracks from around the world. This particular example takes the forms of the Estoril circuit, the auto-racing track in Portugal as Stella's subject matter.  From an aerial perspective, Stella captures the fluidity and directional flow of the circuit, a mixture of angular and organic lines.  Expressive drawing in warm hues of pink, red, and orange, are layered upon a background of blurry smudges of greens and yellow. A heightened sense of contrast encloses the work, which is bordered in black.

Catalogue Raisonné & COA:
Frank Stella Estoril Five I, from Circuits, 1982 is fully documented and referenced in the below catalogue raisonnés and texts (copies will be enclosed as added documentation with the invoices that will accompany the sale of the work).

About the Framing:
Framed to museum-grade, conservation standards, Frank Stella Estoril Five I, from Circuits, 1982 is presented in a complementary moulding and finished with silk-wrapped mats and optical grade Plexiglas.