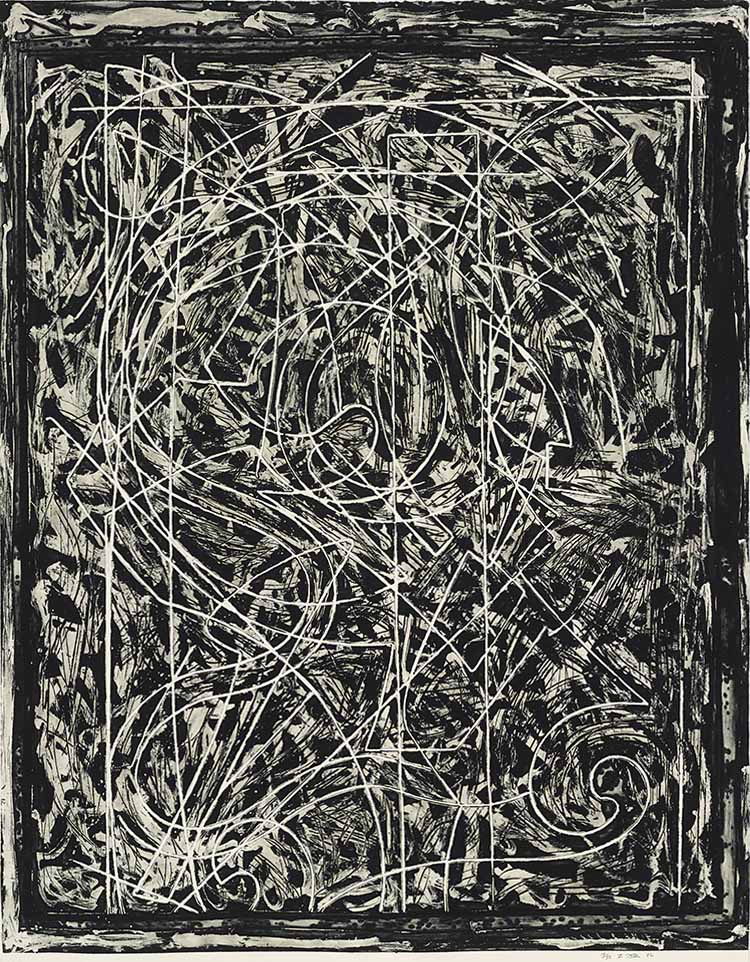 Frank Stella Talladega Three I, from the Circuits Series, 1982 is a stunning rendition of the artist’s fascination with the Talledega racing track in Alabama, a destination he visited sometime in the 1970s.  The sinuous lines that make up the composition mimic the path of an auto racing vehicle. This work is an etching, a method of printmaking that allows the artist to maintain a drawing-like quality in this work that imitates the marks he might make with a pencil in a sketchbook while watching race cars drive around the track. The sketchy quality of the work embodies the movement and momentum of a speedway, and its monochrome palette illustrates the artist’s serious dedication to his craft.

Frank Stella Talladega Three I, from the Circuits Series, 1982 is fully documented and referenced in the below catalogue raisonnés and texts (copies will be enclosed as added documentation with the invoices that will accompany the sale of the work).

Framed to museum-grade, conservation standards, Frank Stella Talladega Three I, from the Circuits Series, 1982 is presented in a complementary moulding and finished with silk-wrapped mats and optical grade Plexiglas.