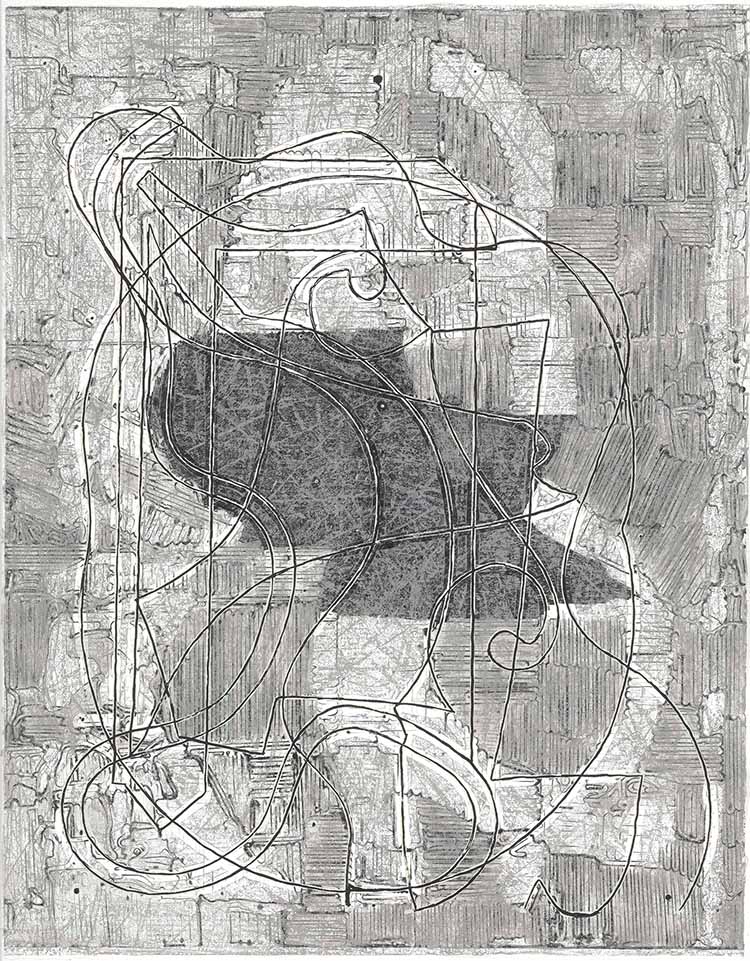 Frank Stella Imola Three I, 1982 is a pensive work from the artist’s Circuits Sereies of 1982-84. It is inspired by his visit to the Autodromo Enzo e Dino Ferrari racetrack in Imola, Italy in the 1970s. This work is completed in a monochrome palette of grey and black, mimicking the tones of asphalt. The work maintains a drawing-like quality as if created in a sketchbook. The artist achieves this by using relief and engraving printing techniques. The background of the work is composed of varying shades of mid-tone greys with geometric markings etched into them. The foreground is made up of sinuous black lines that appear to be carved into the background; these lines imitate the route of a race car along the Imola race track that the artist so adamantly studied.

Frank Stella Imola Three I, from the Circuits Series, 1982 is fully documented and referenced in the below catalogue raisonnés and texts (copies will be enclosed as added documentation with the invoices that will accompany the sale of the work).

Framed to museum-grade, conservation standards, Frank Stella Imola Three I, from the Circuits Series, 1982 is presented in a complementary moulding and finished with silk-wrapped mats and optical grade Plexiglas.