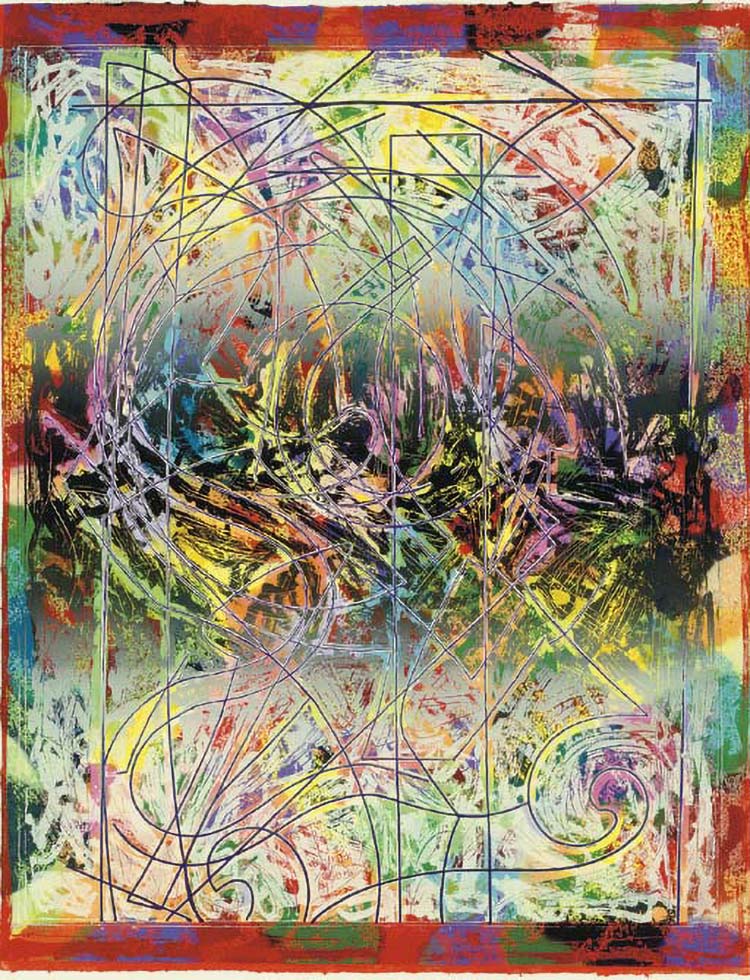 Frank Stella Talladega Three II, from the Circuits Series, 1982 is a vivid work from the artists Circuits Series of 1982-84. The artist renders a gradient of black and white that is enclosed by a border of crimson red. Over this, Stella renders brushstroke-like marks in an array of hues. This work, like the others in this series, is composed of organic, circular lines meandering the composition. These contours are inspired by the artist’s visit to the Talladega Super Speedway in Alabama in the 1970s. Because this work is a relief on paper, the lines are rendered in such a manner that they appear to be carved into the painterly marks that comprise the rest of the composition.

Frank Stella Talladega Three II, from the Circuits Series, 1982 is fully documented and referenced in the below catalogue raisonnés and texts (copies will be enclosed as added documentation with the invoices that will accompany the sale of the work).

Framed to museum-grade, conservation standards, Frank Stella Talladega Three II, from the Circuits Series, 1982 is presented in a complementary moulding and finished with silk-wrapped mats and optical grade Plexiglas.