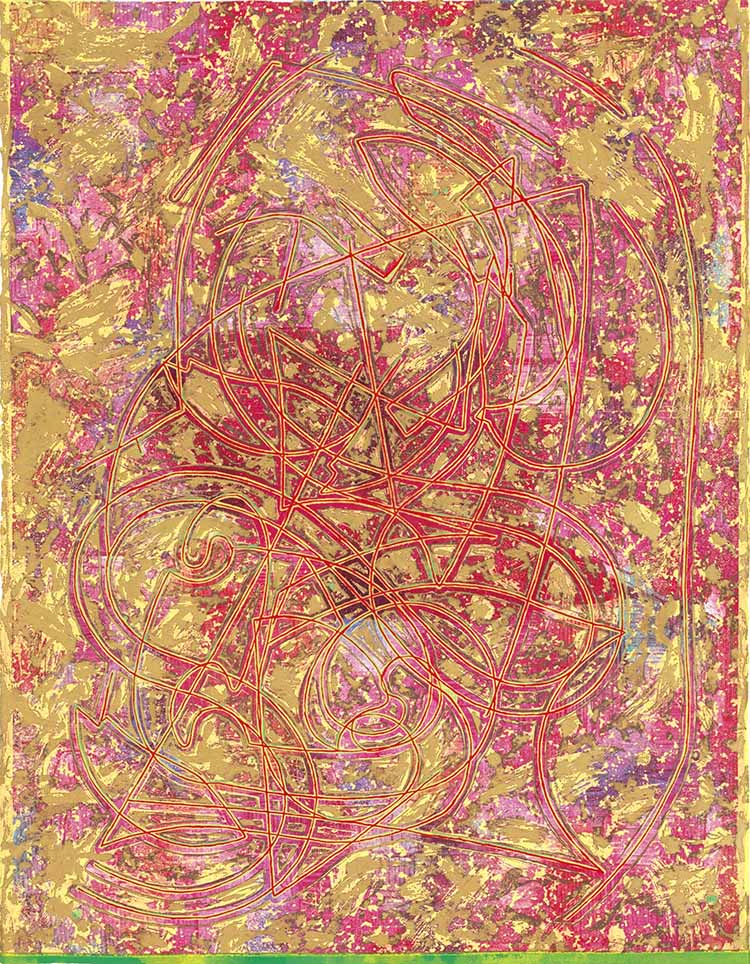 Frank Stella Estoril Three II, 1982 is a charming work from the artist’s Circuits Series of 1982-84. All sixteen works included in this portfolio are inspired by racing tracks all over the world that the artist visited in the 1970s. Estoril Three II, 1982 is based on the Circuito Estoril in Portugal just outside of Lisbon. This city is littered with buildings with red and orange roofs; these colors are mimicked by Stella in this work. The contours in this work that are modeled after the course cars take at the Circuito Estoril are rendered in varying shades of red, orange and pink. Between these sinuous lines, gentle green, yellow and blue hues peek through. This work also displays Stella’s mastery over several mediums including relief, woodcut, and engraving.

Frank Stella Estoril Three II, from the Circuits Series, 1982 is fully documented and referenced in the below catalogue raisonnés and texts (copies will be enclosed as added documentation with the invoices that will accompany the sale of the work).

Framed to museum-grade, conservation standards, Frank Stella Estoril Three II, from the Circuits Series, 1982 is presented in a complementary moulding and finished with silk-wrapped mats and optical grade Plexiglas.