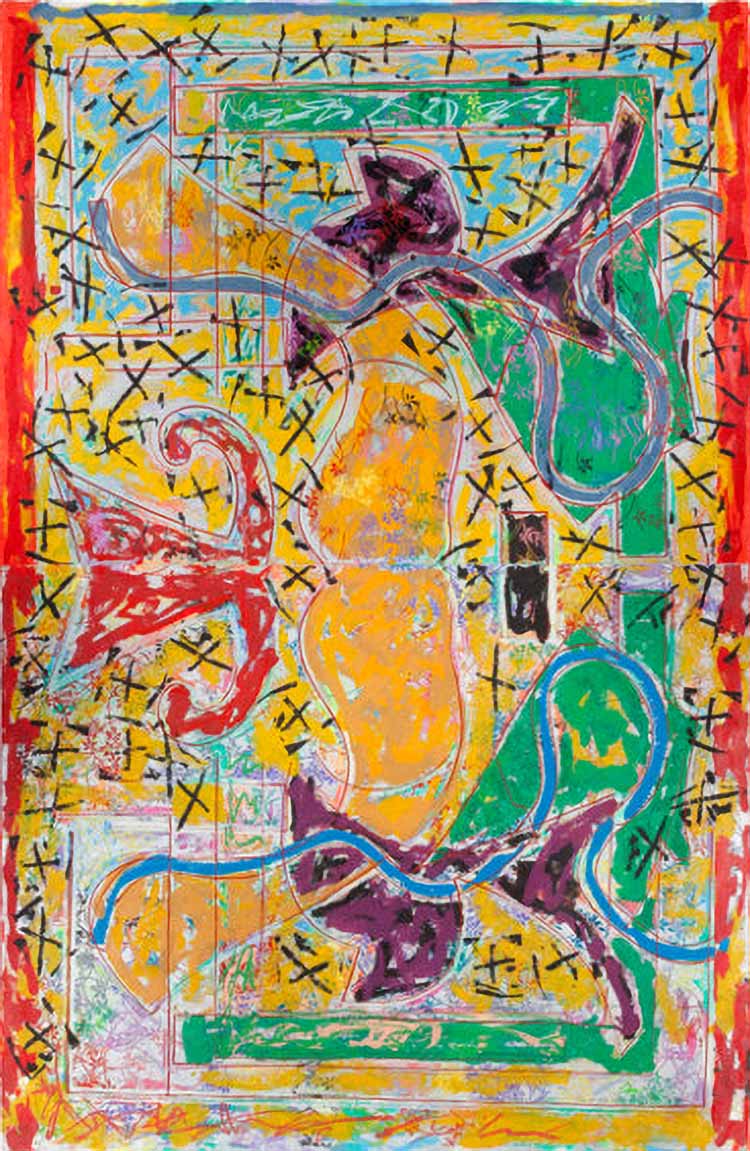 Frank Stella Pergusa Three Double, 1984 is a fascinating composition in yellow, green, red, purple and blue from the artist’s Circuits Series of 1982-84. This work is an illustration of the Pergusa race track in Italy, one of the race tracks Stella visited across the globe in the 1970s. This work is composed of two sheets of a single mirrored image hinged together, and the image used is based on Stella’s Pergusa Three from one year prior. The background of this work is rendered in sketch-like marks in yellow, red and black. Smaller and more complex lines dance alongside this shape. The marks included in this work are quite naïve and playful in nature, as if produced in a sketchbook. However, the sheer size of this work which stands at nearly nine feet elevates the work to the world of fine art. The hand-drawn quality of these forms are produced as a result of Stella’s use of woodcutting and relief printing.

Frank Stella Pergusa Three Double, from the Circuits Series, 1984 is fully documented and referenced in the below catalogue raisonnés and texts (copies will be enclosed as added documentation with the invoices that will accompany the sale of the work).

Framed to museum-grade, conservation standards, Frank Stella Pergusa Three Double, from the Circuits Series, 1984 is presented in a complementary moulding and finished with silk-wrapped mats and optical grade Plexiglas.