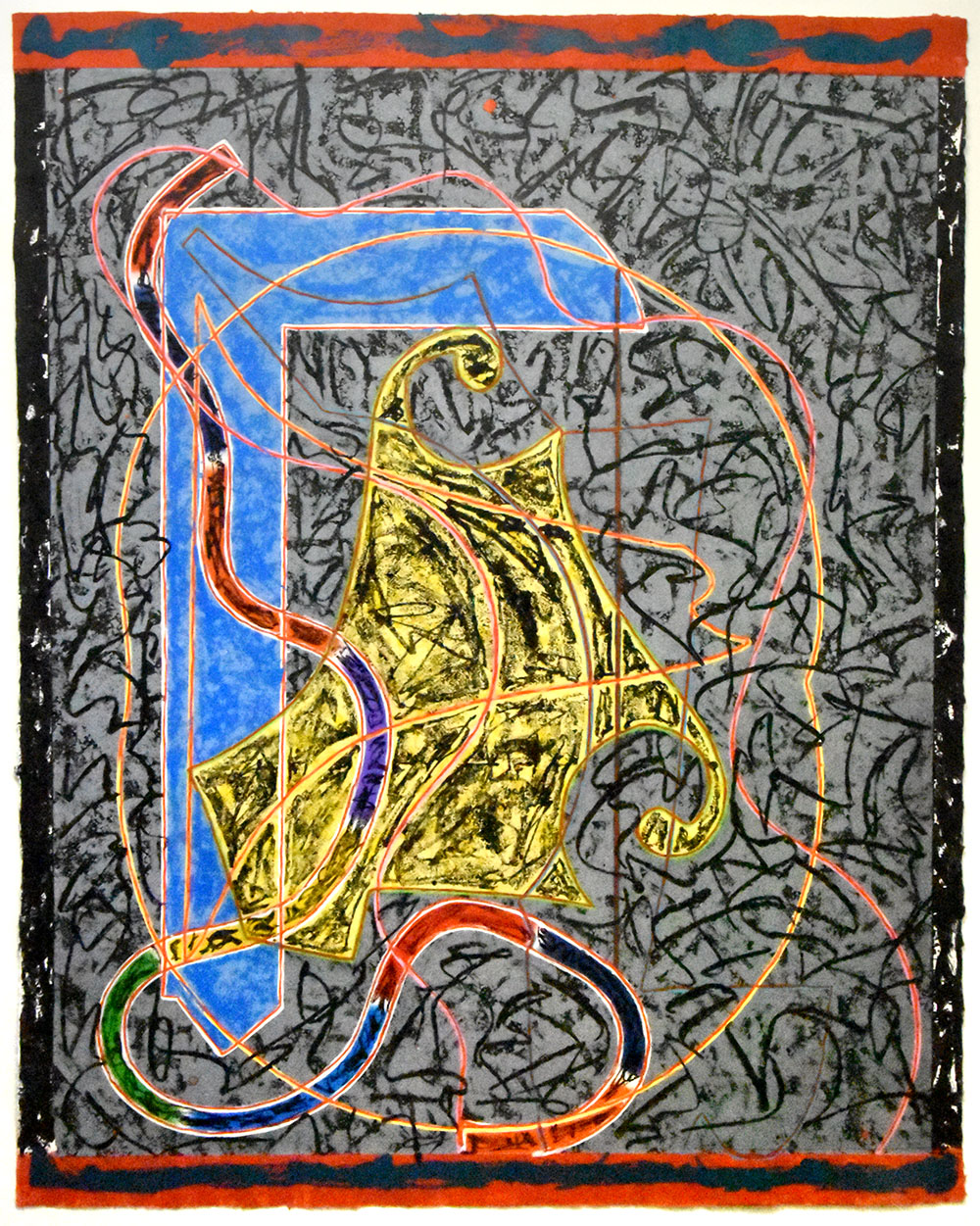 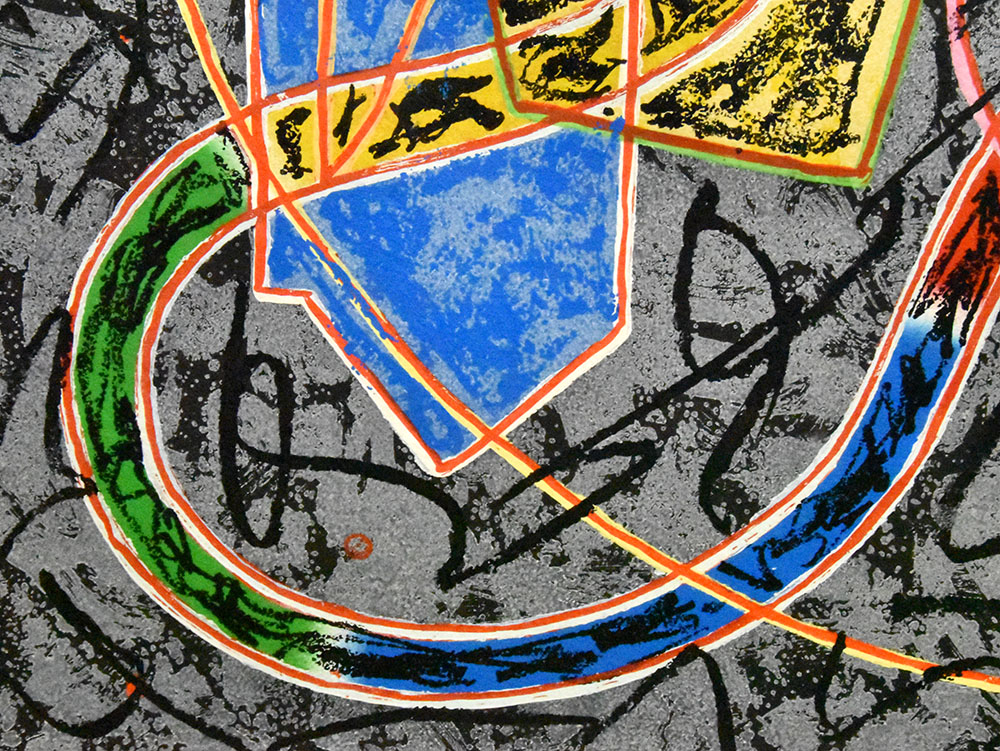 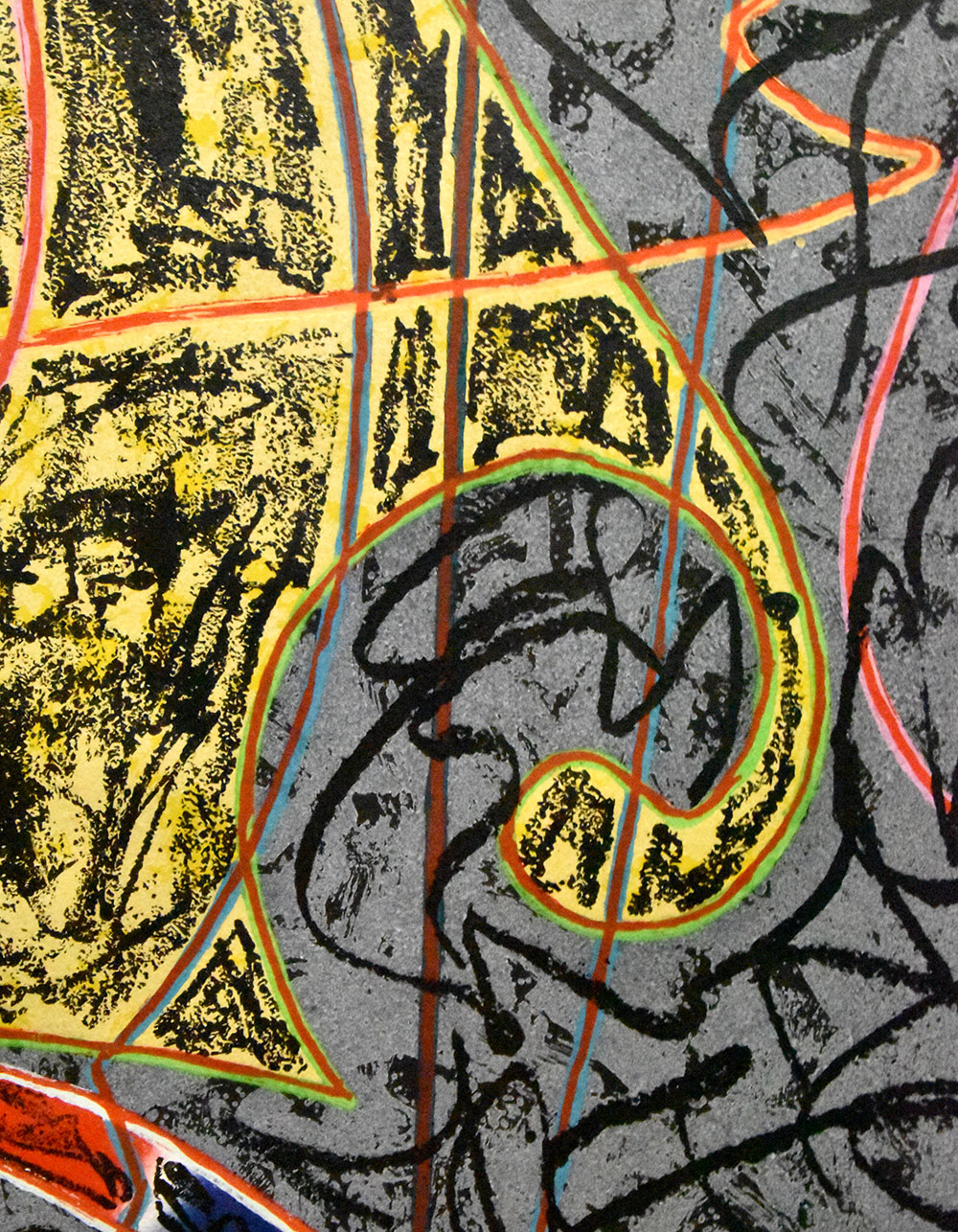 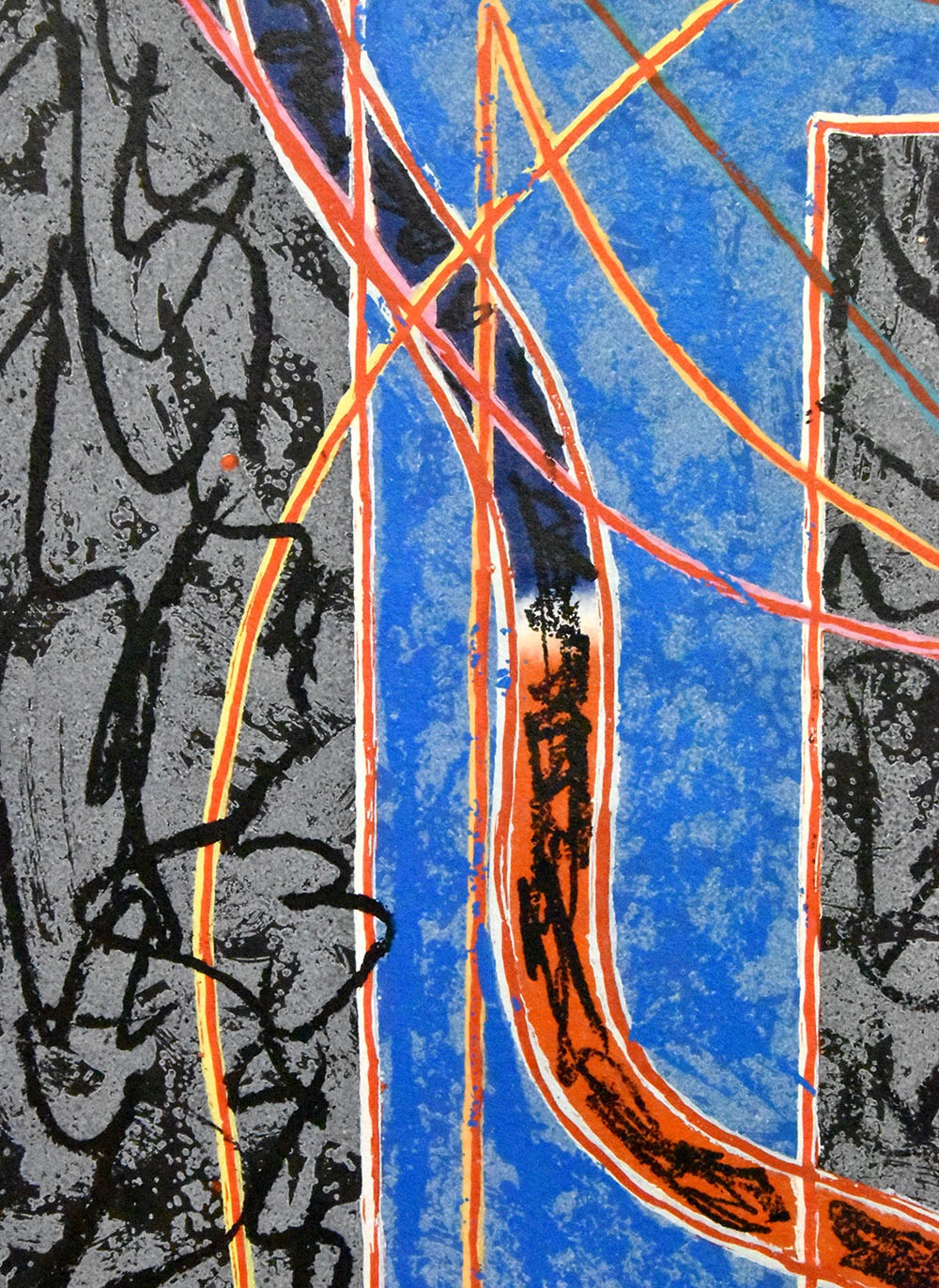 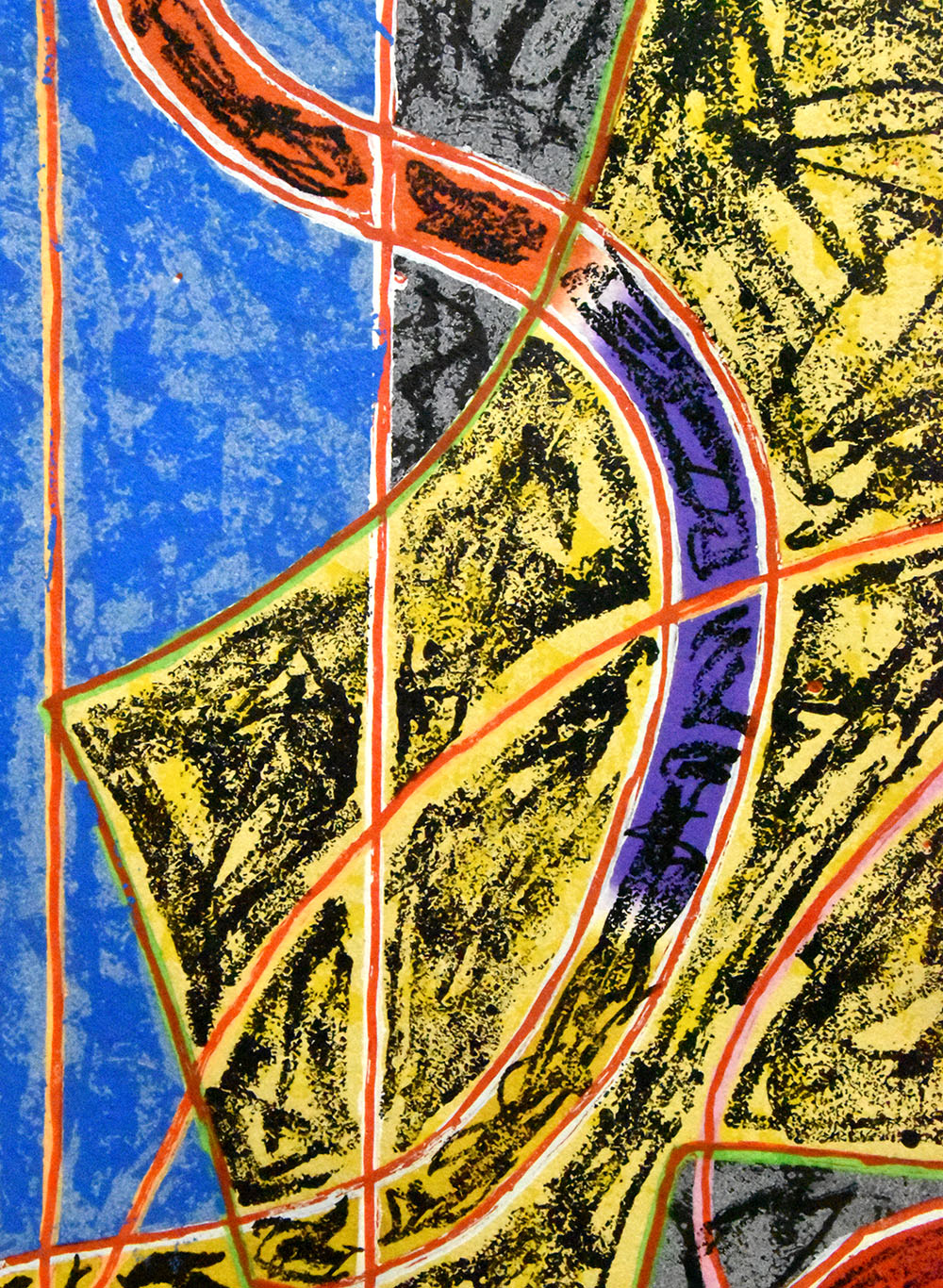 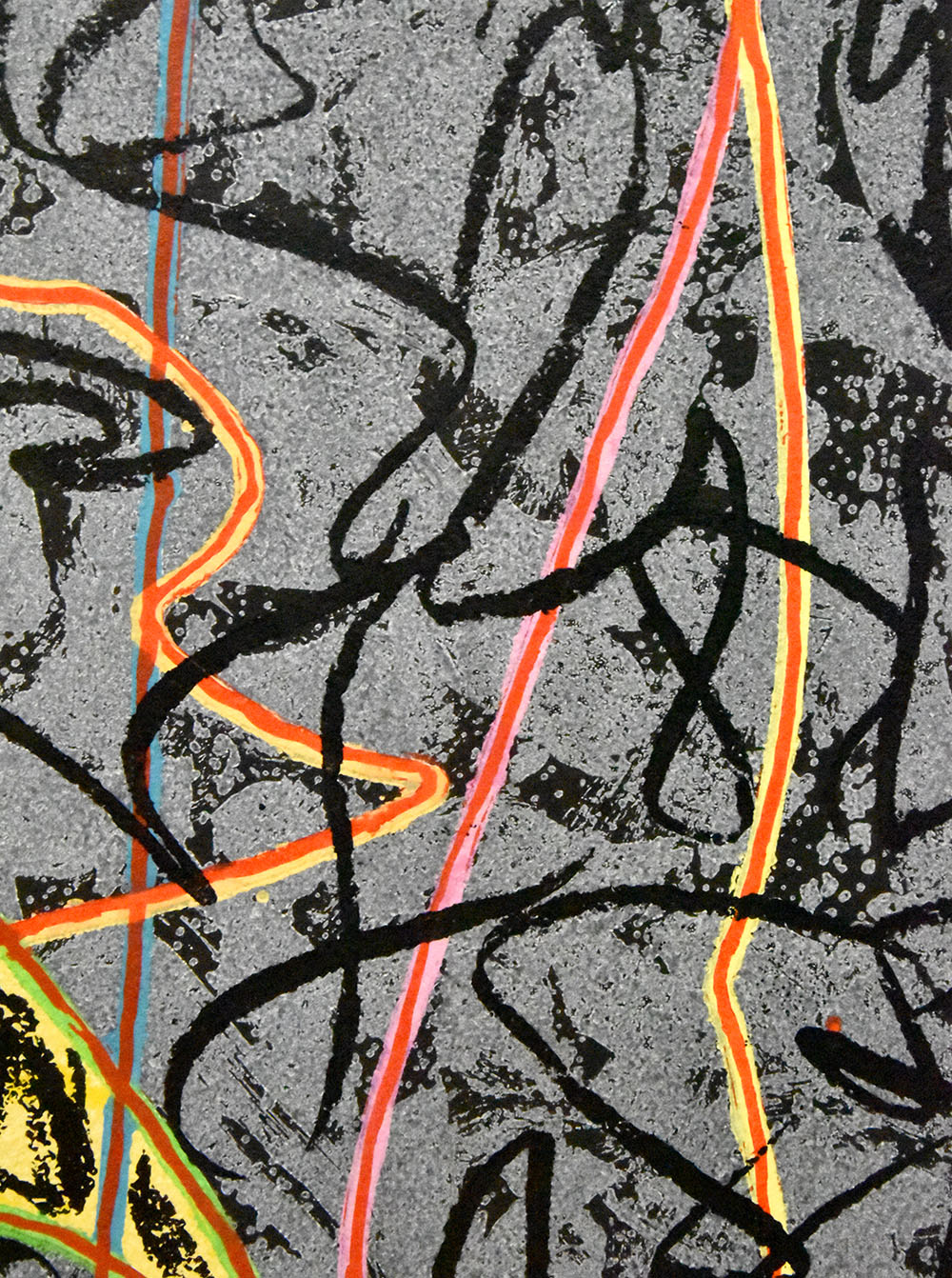 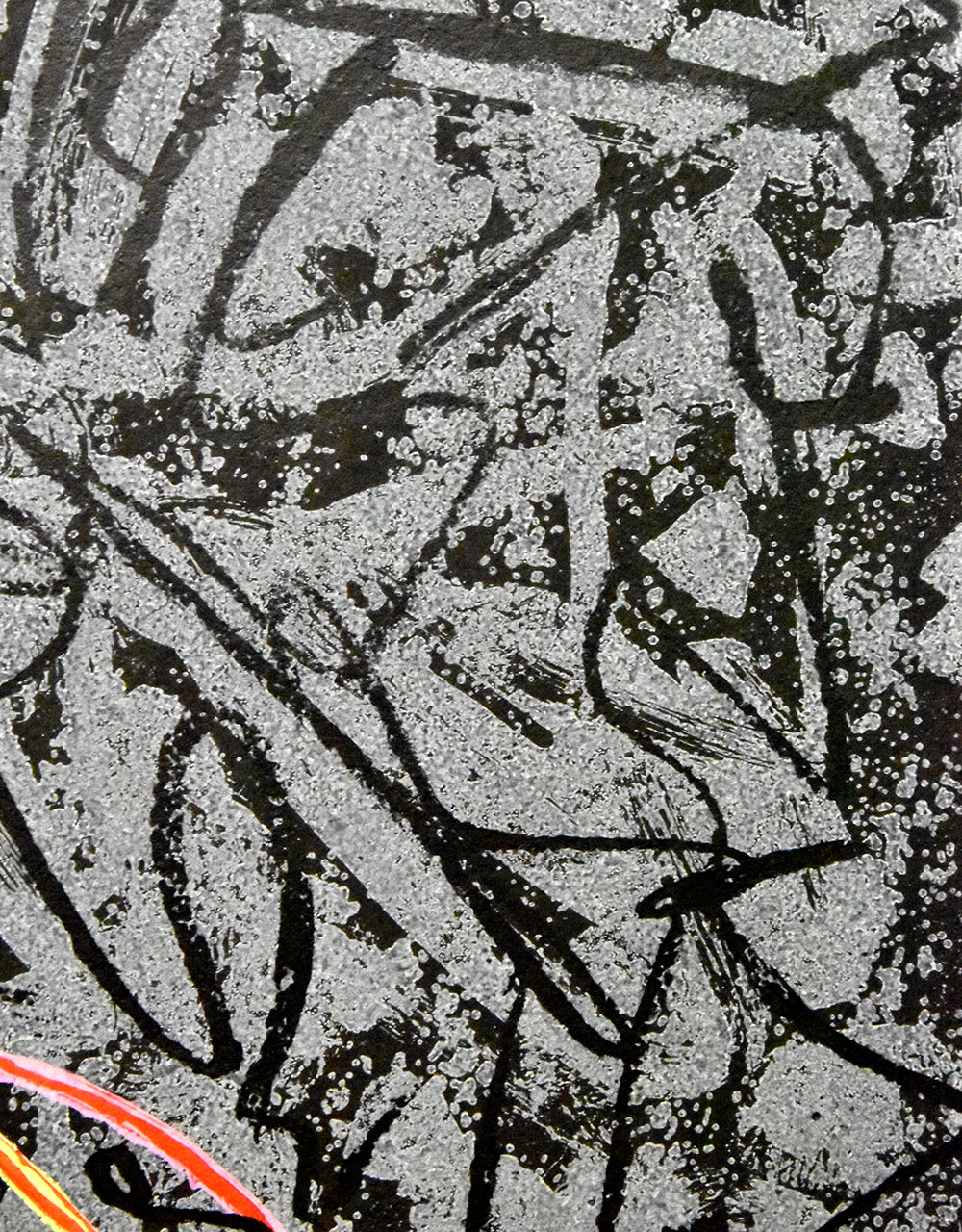 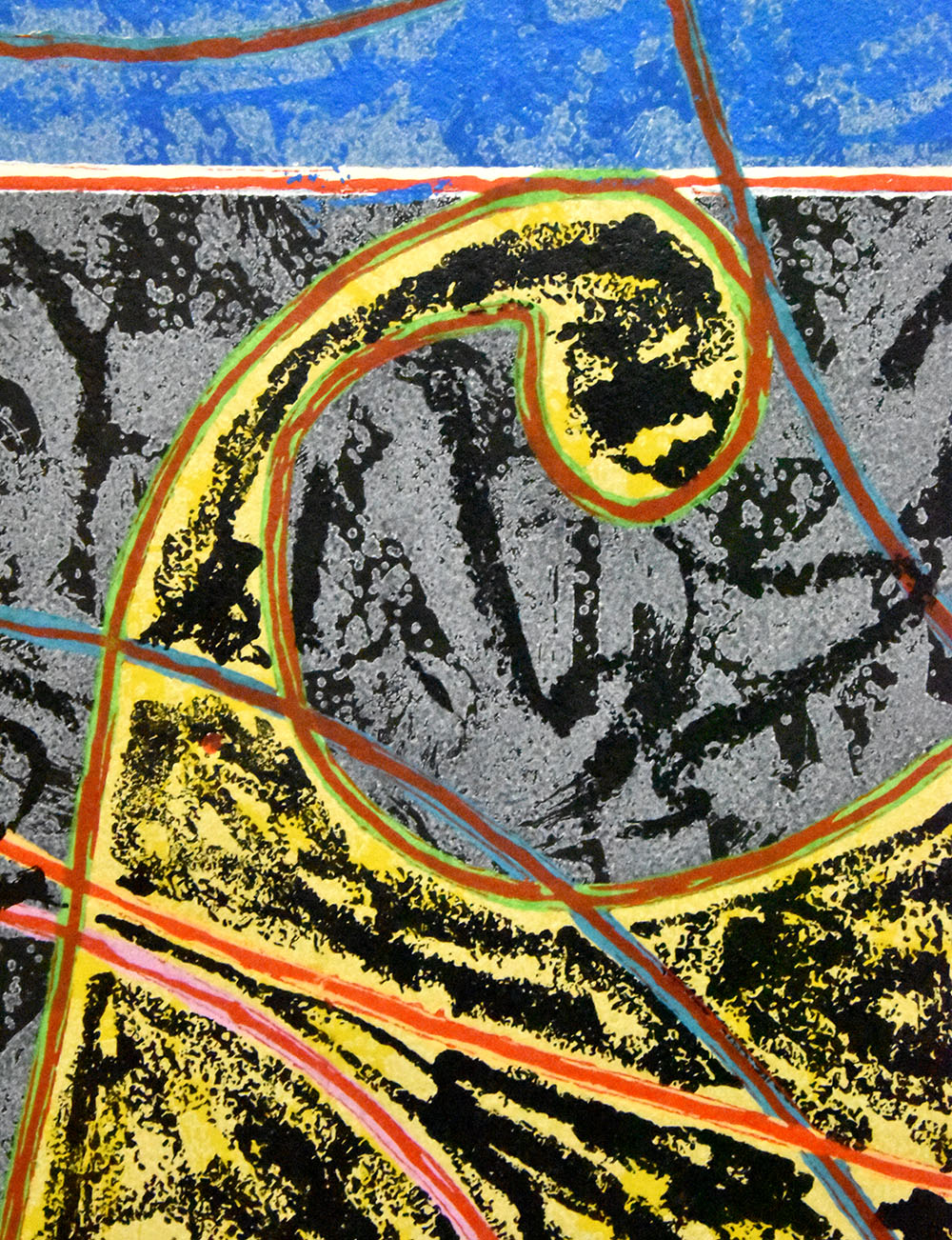 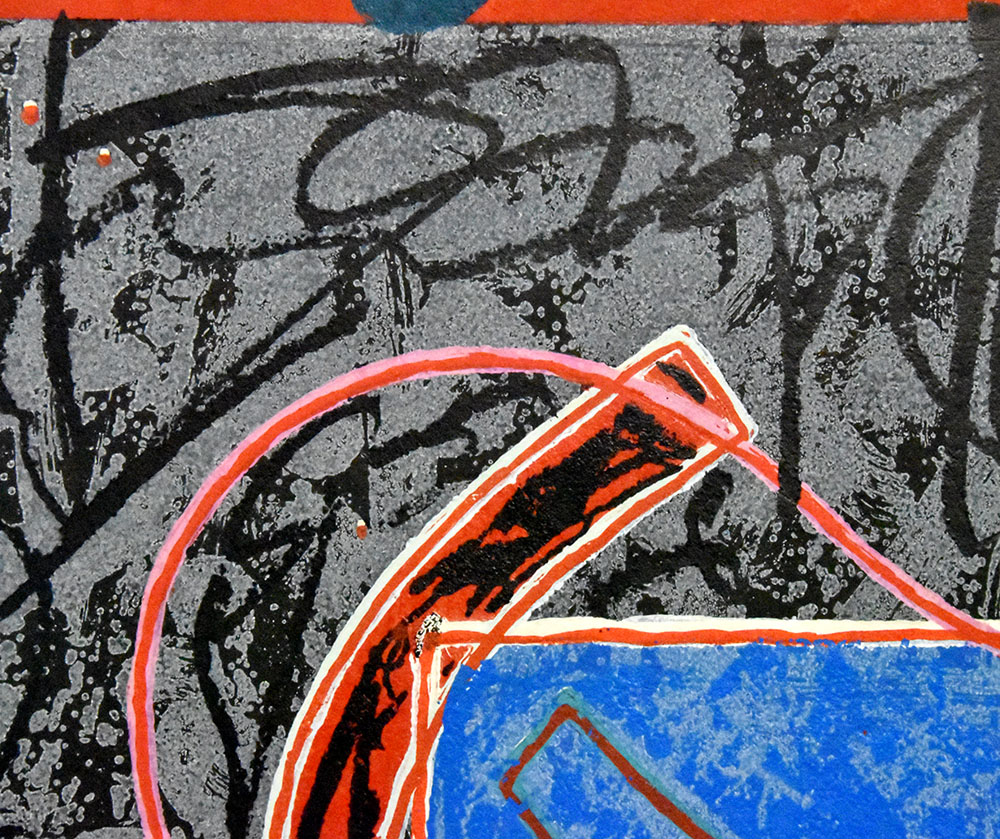 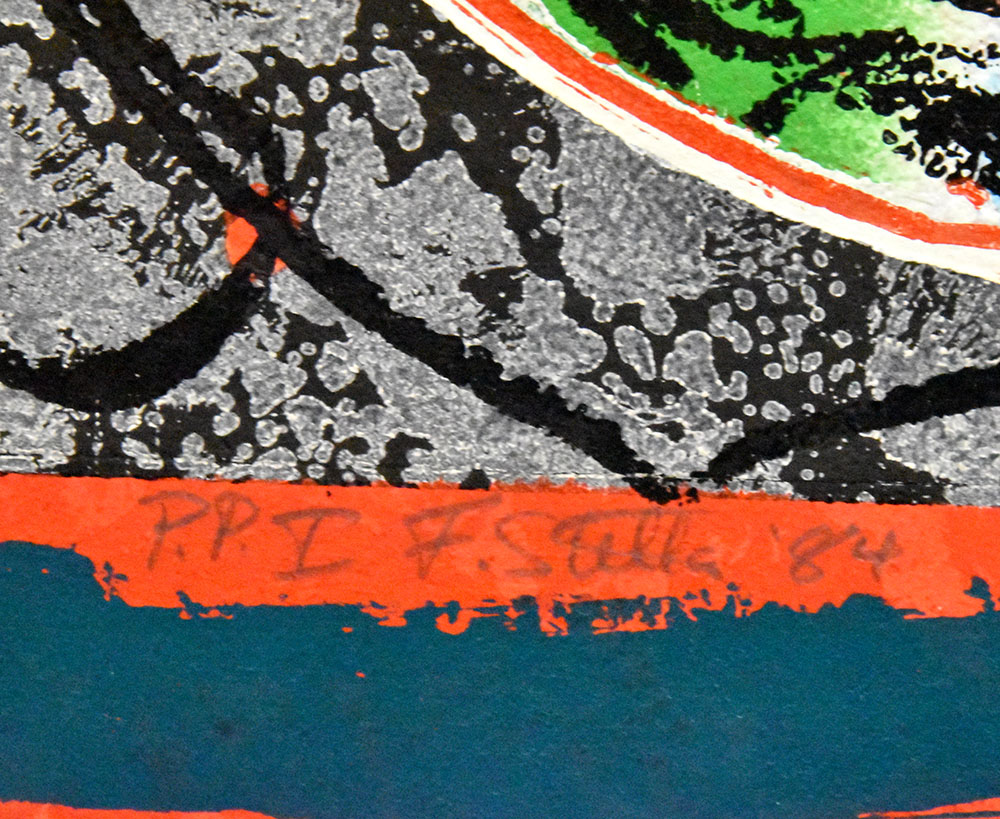 Frank Stella Imola Three II, 1984 is an engaging composition in black, grey, blue, yellow and red from the artist’s Circuits Series of 1982-84. The background of this work is rendered with chaotic black linework winding over a soft grey, and two red bands line the top and bottom edges of the composition. The foreground of the work is made up of larger forms in varying shades of blue, red and yellow. Fascinatingly, these marks in the foreground are the same ones that appear in the artist’s Imola Three I from two years earlier. In creating this work, Stella revisits his initial illustration of the Imola race track, revealing the effect his visit to the site in the 1970s had on him. Unlike Imola Three I, a relief and engraving, this work is a relief and woodcut. These printmaking methods allow the artist to achieve drawing-like and painterly marks and expand his Circuits Series.

Catalogue Raisonné & COA:
Frank Stella Imola Three II, from the Circuits Series, 1984 is fully documented and referenced in the below catalogue raisonnés and texts (copies will be enclosed as added documentation with the invoices that will accompany the sale of the work).

About the Framing:
Framed to museum-grade, conservation standards, Frank Stella Imola Three II, from the Circuits Series, 1984 is presented in a complementary moulding and finished with silk-wrapped mats and optical grade Plexiglas.