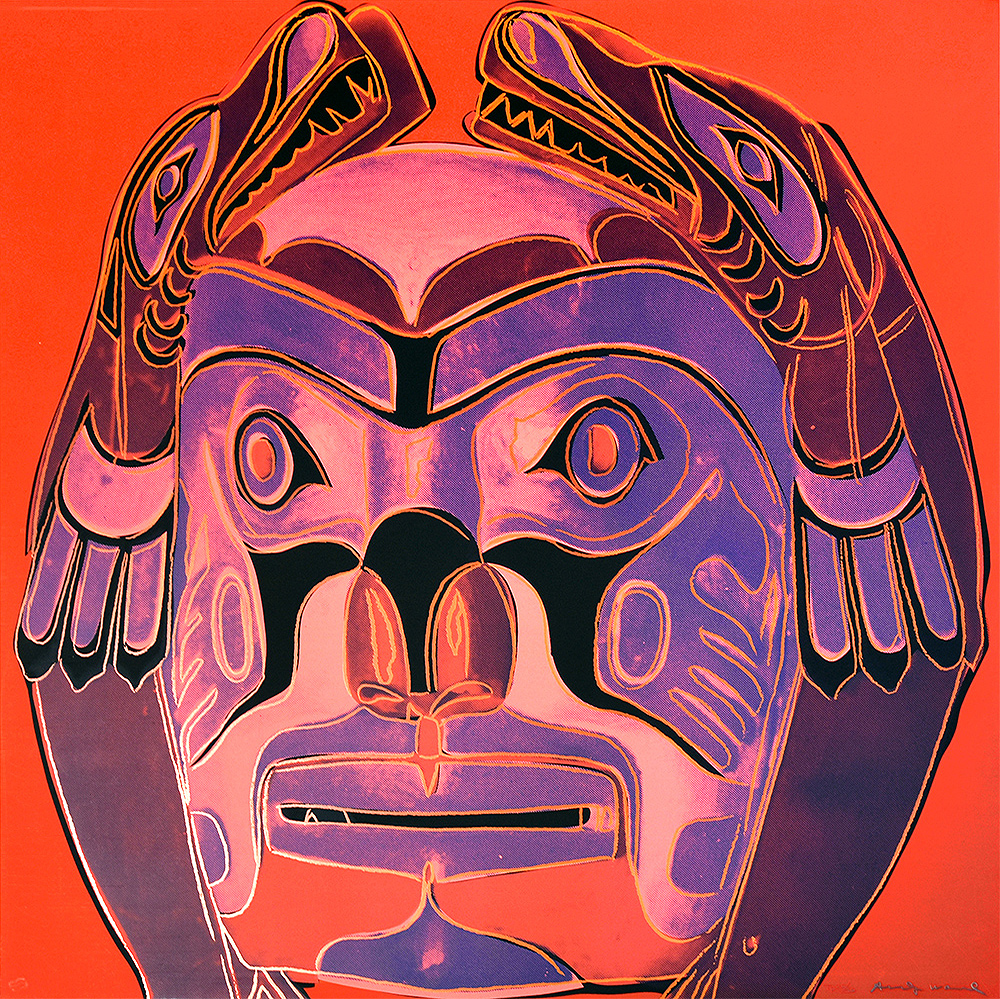 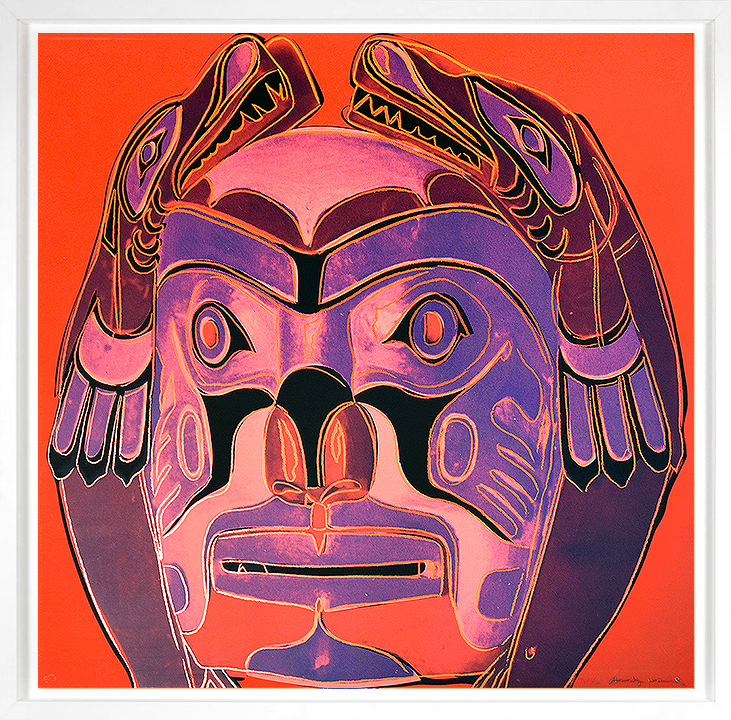 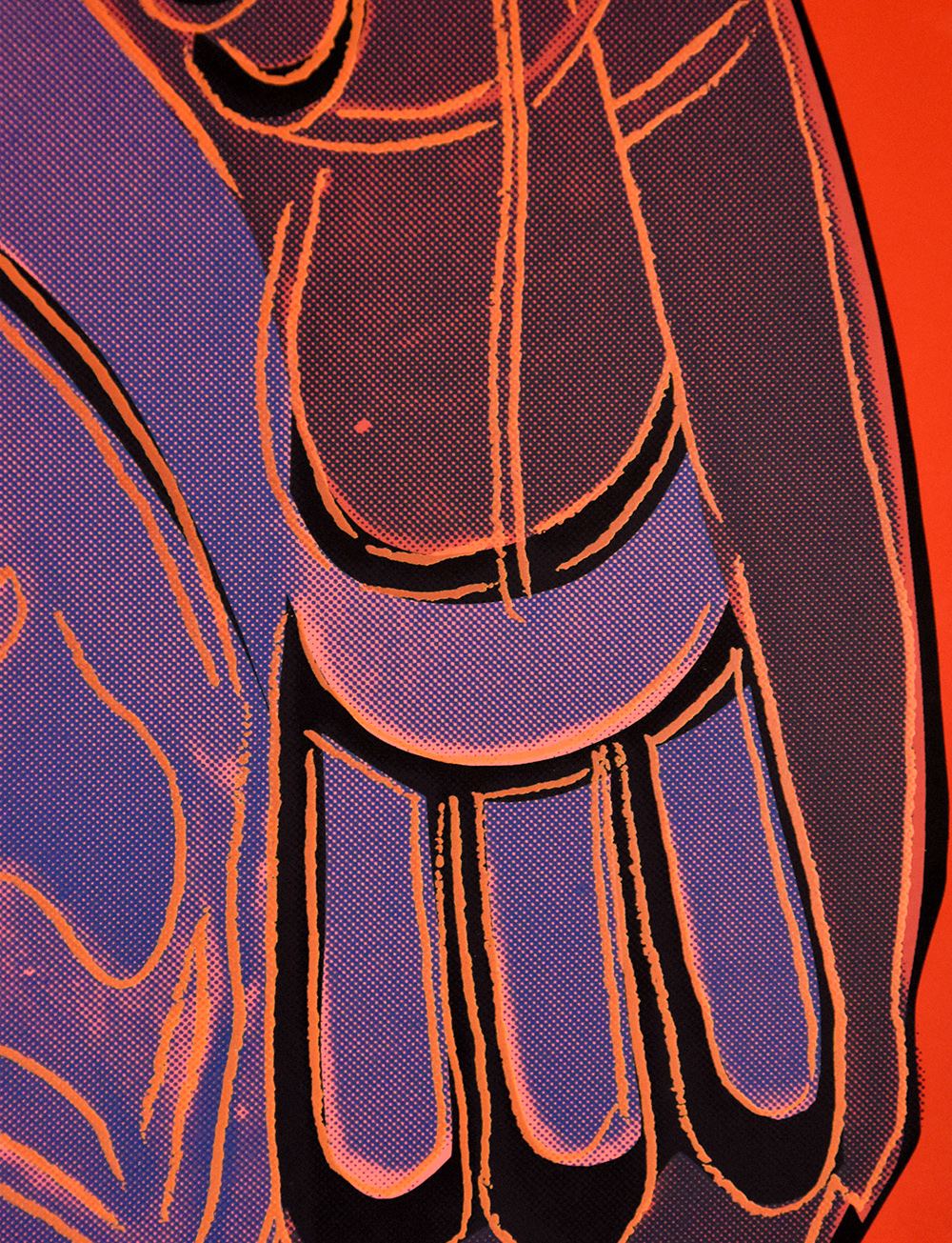 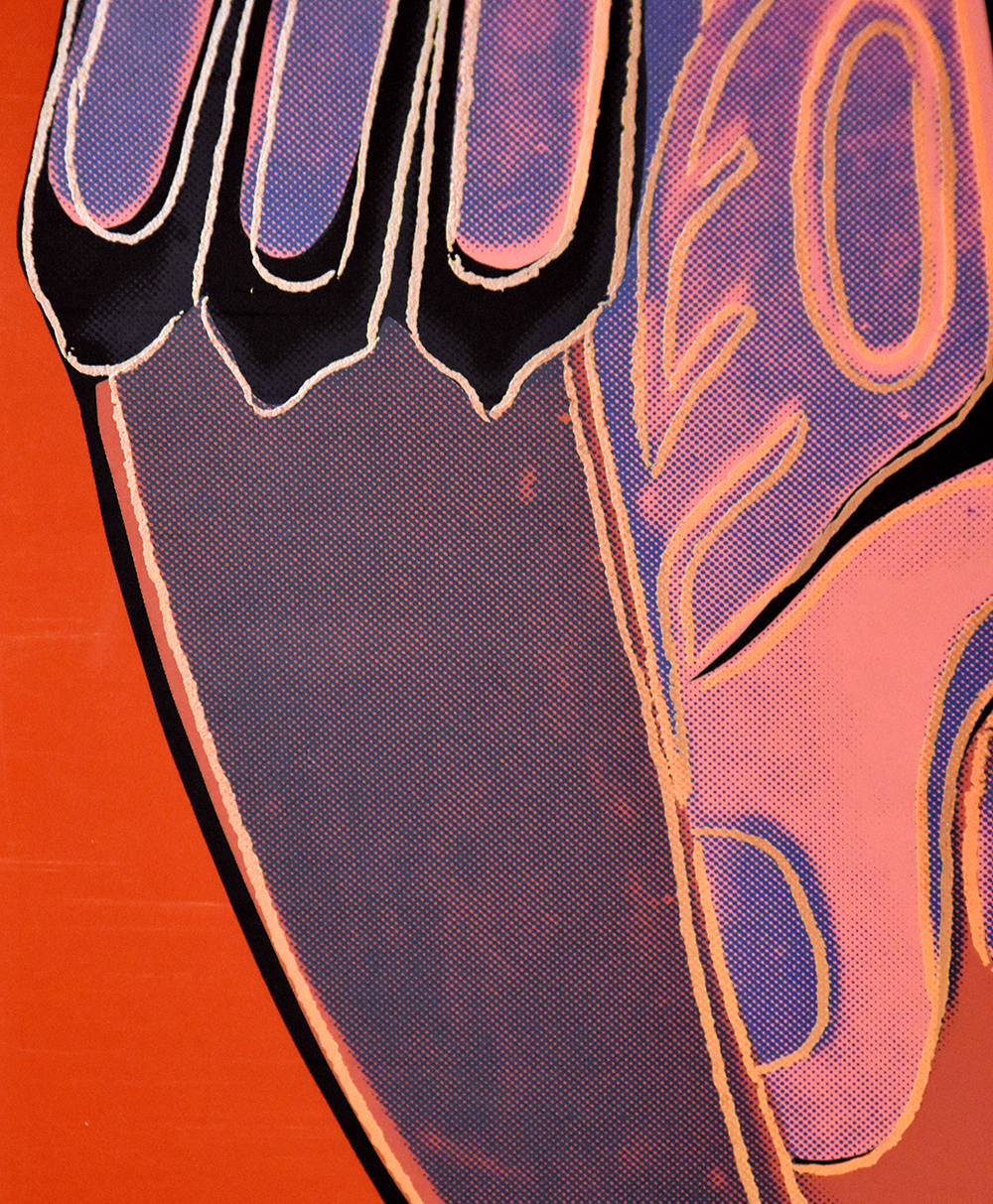 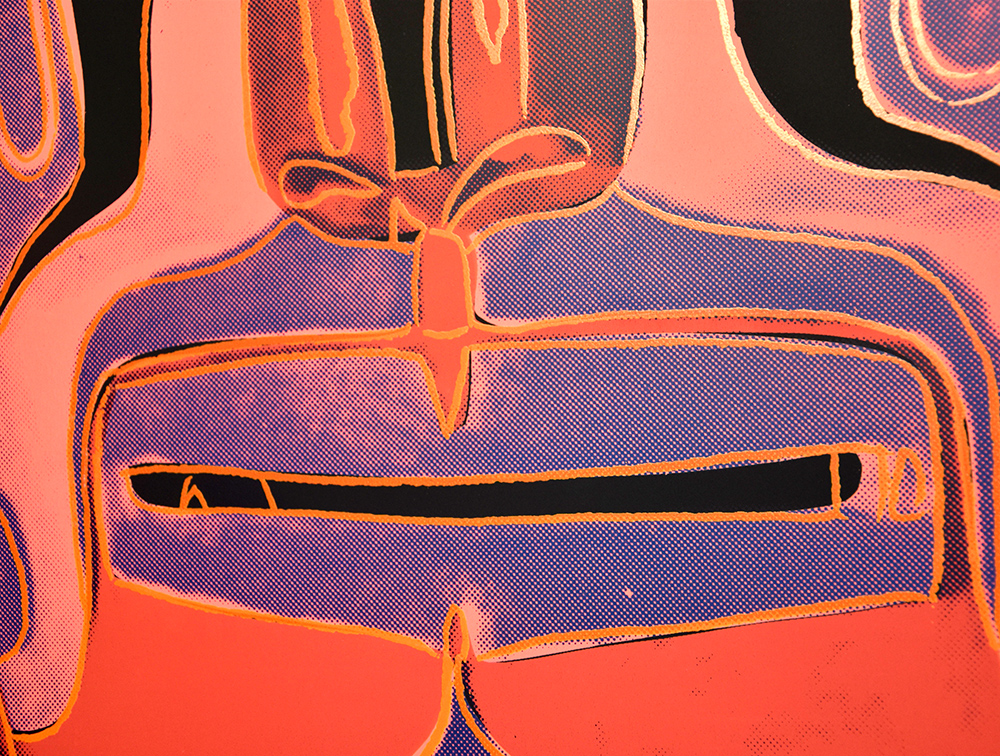 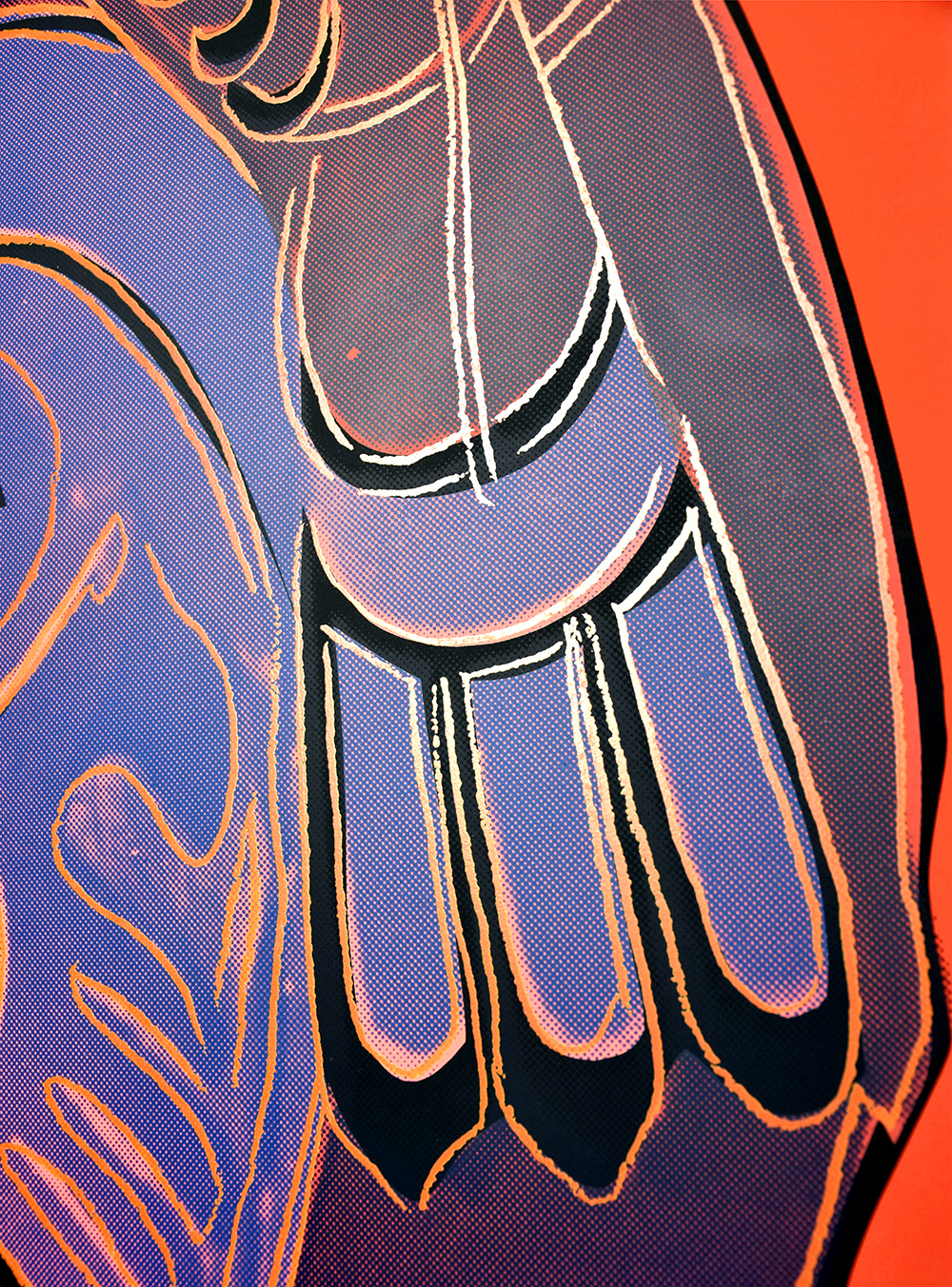 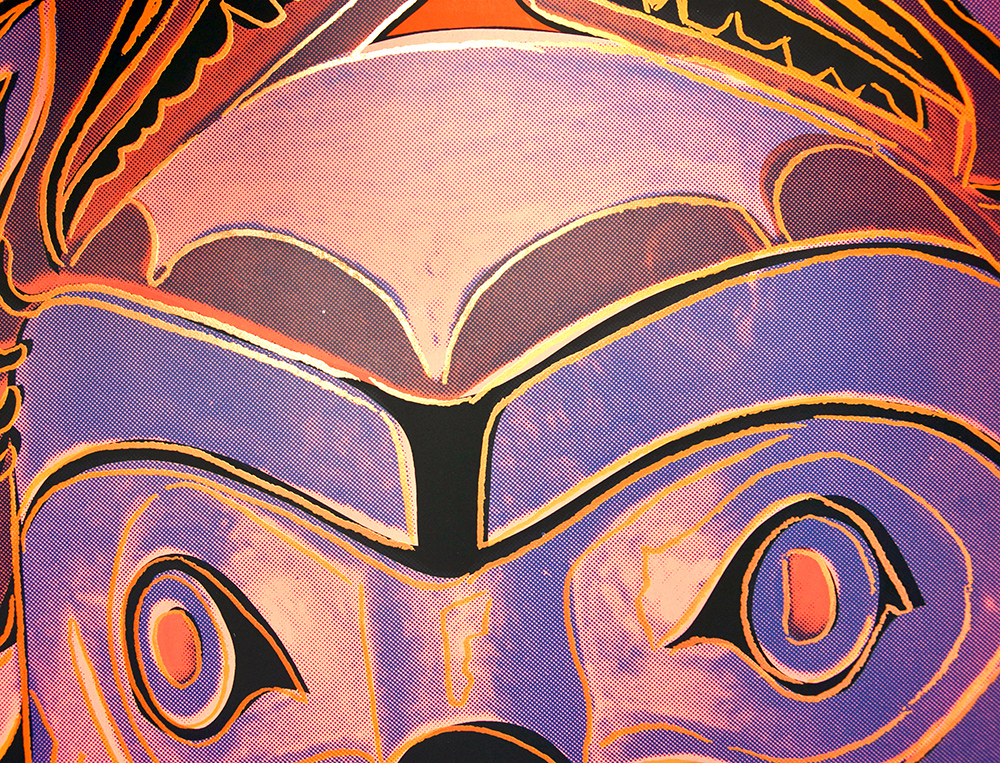 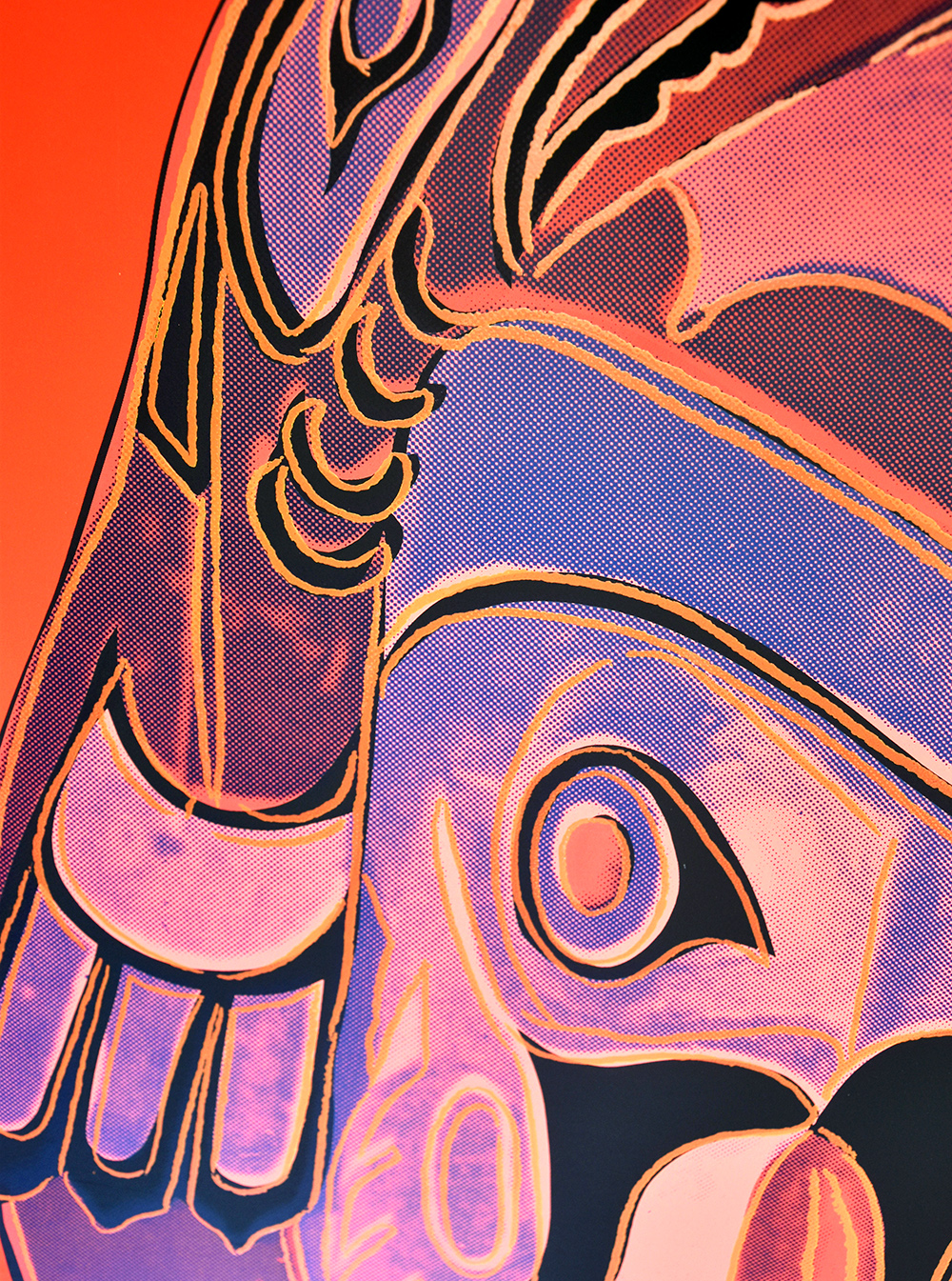 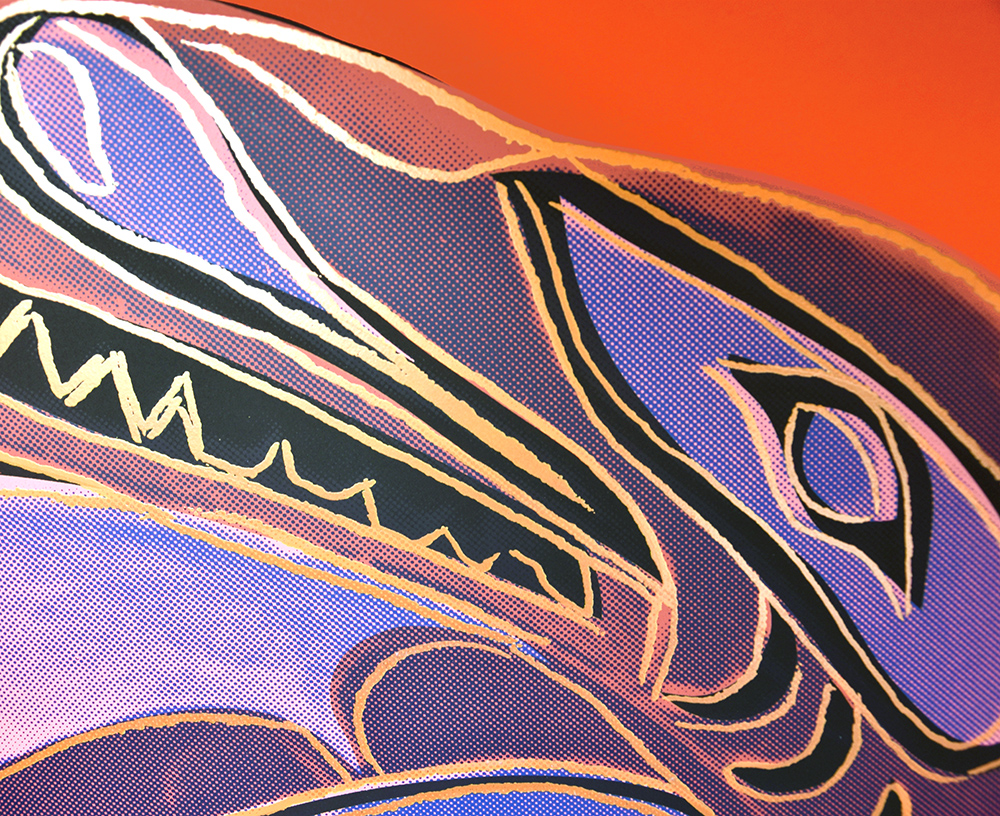 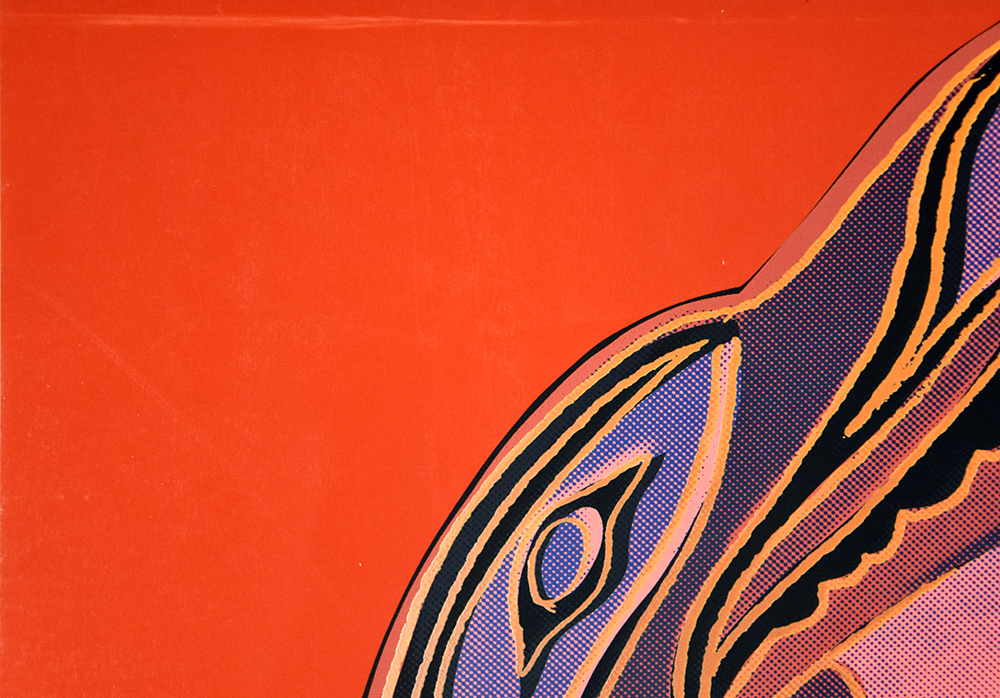 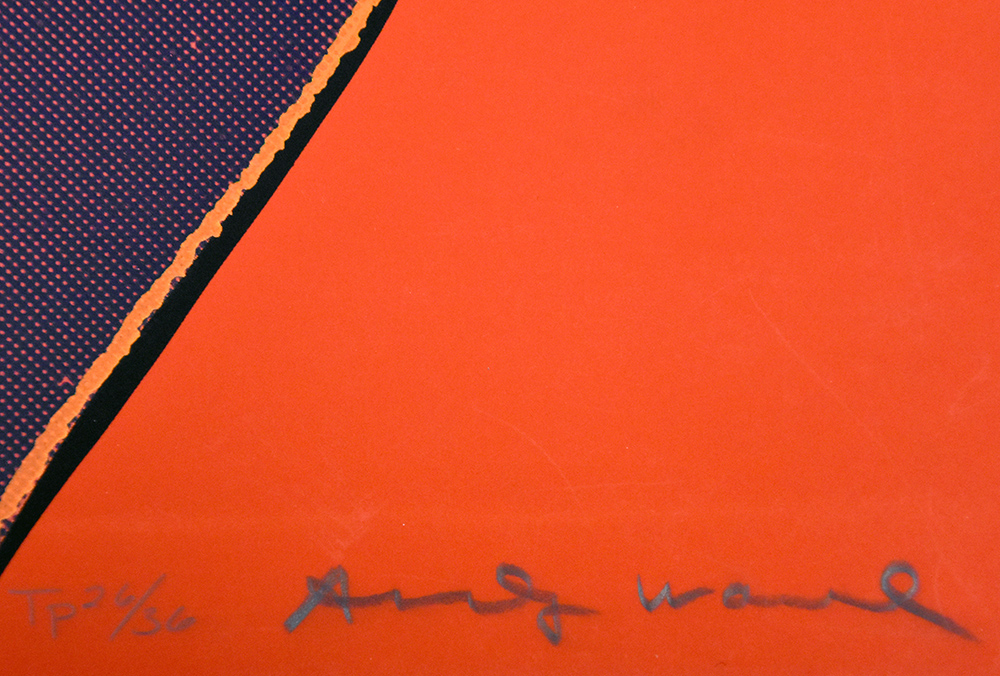 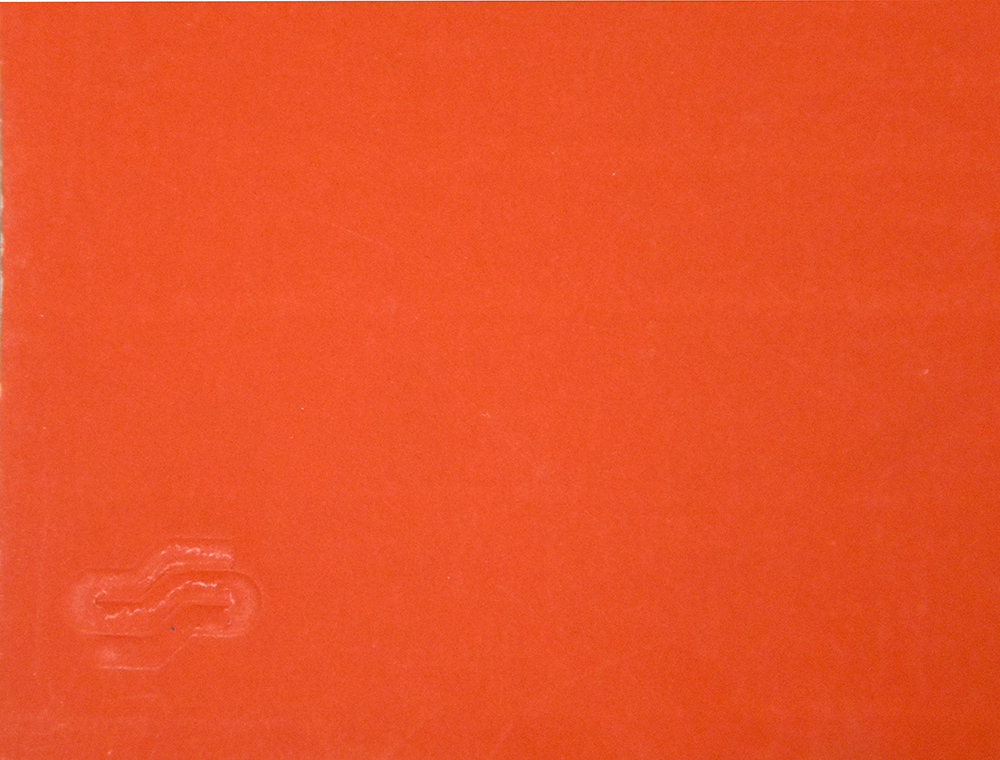 Andy Warhol, Northwest Coast Mask, 1986 from Cowboys and Indians, Unique Trial Proof 1986 is Warhol’s take on the ceremonial mask from the native cultures of the Northwest Coast. Warhol chose to keep the colors in this work true to the colors commonly used in these masks, blue and red in particular. The use of a contrasting purple and gold creates a sense of three-dimensionality, drawing out the facial features of the mask.

Created in 1986, Andy Warhol’s Northwest Coast Mask, 1986 from Cowboys and Indians, Unique Trial Proof 1986 is a color screenprint on Lenox Museum Board and is hand signed in the lower right corner in pencil. Numbered from the edition of 36 trial proofs, aside from the numbered edition of 250, published by Gaultney, Klineman Art Inc., New York and printed by Rupert Jason Smith, New York.

Catalogue Raisonné & COA:
Andy Warhol, Northwest Coast Mask, from the Cowboys and Indians Series, 1986 is fully documented and referenced in the below catalogue raisonnés and texts (copies will be enclosed as added documentation with the invoices that will accompany the sale of the work).