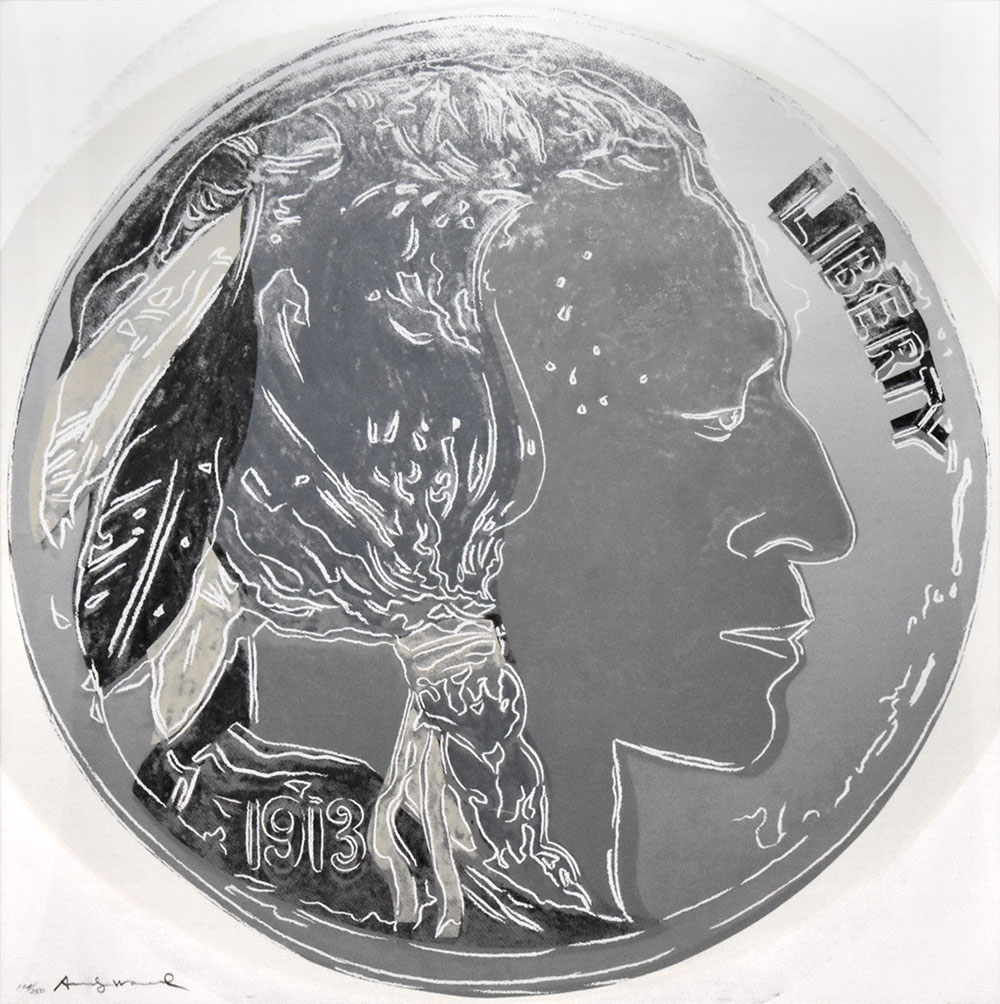 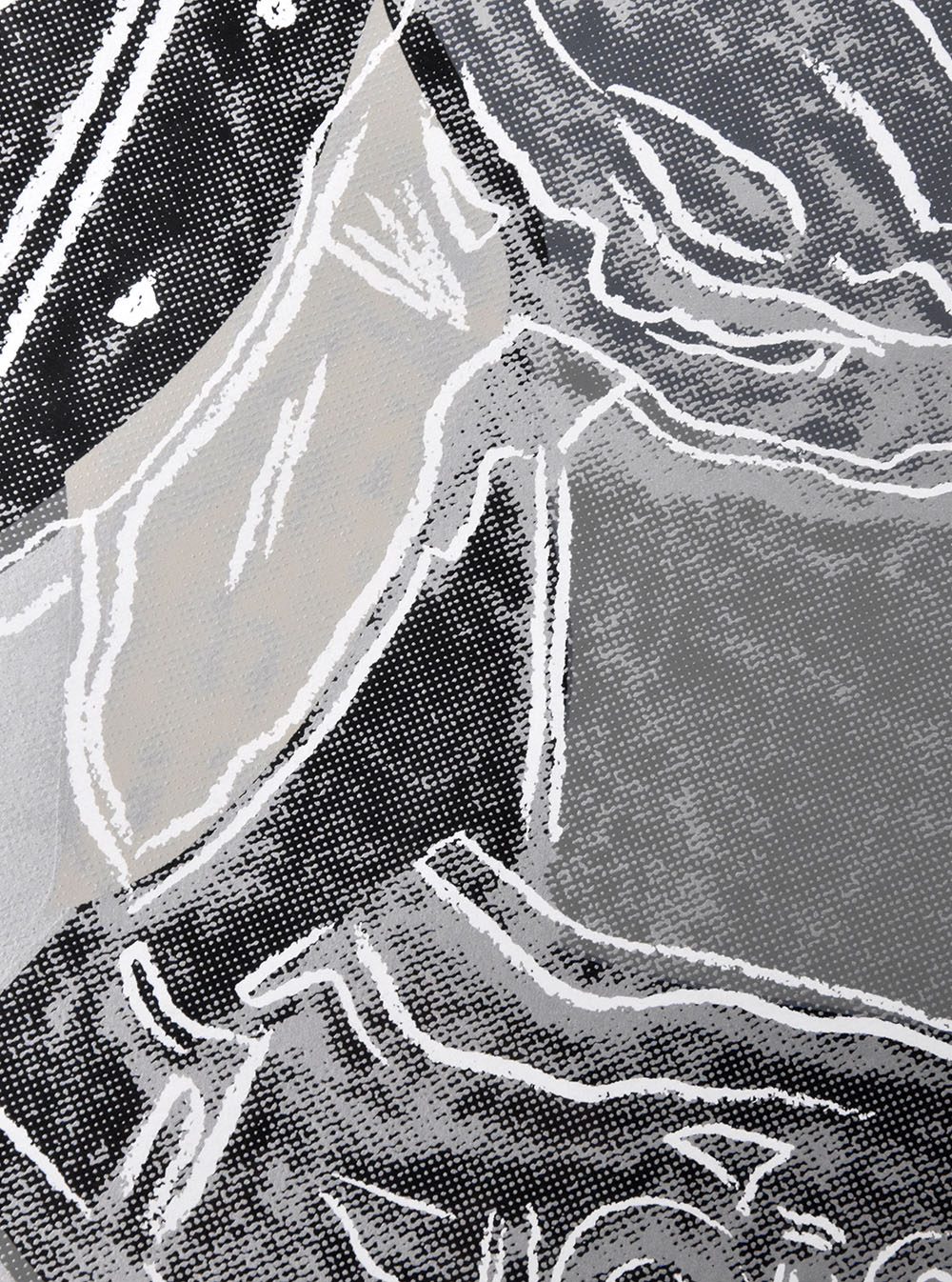 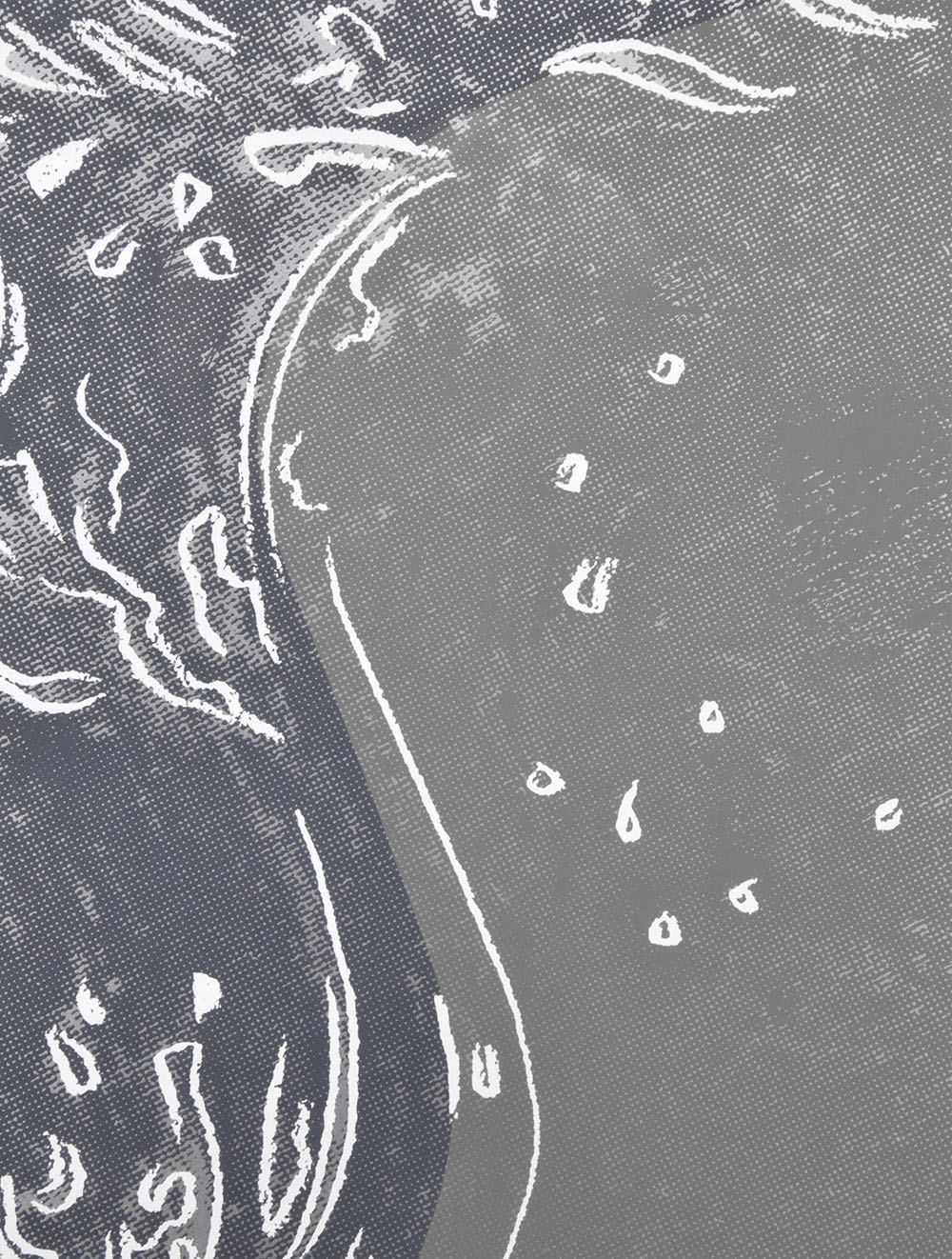 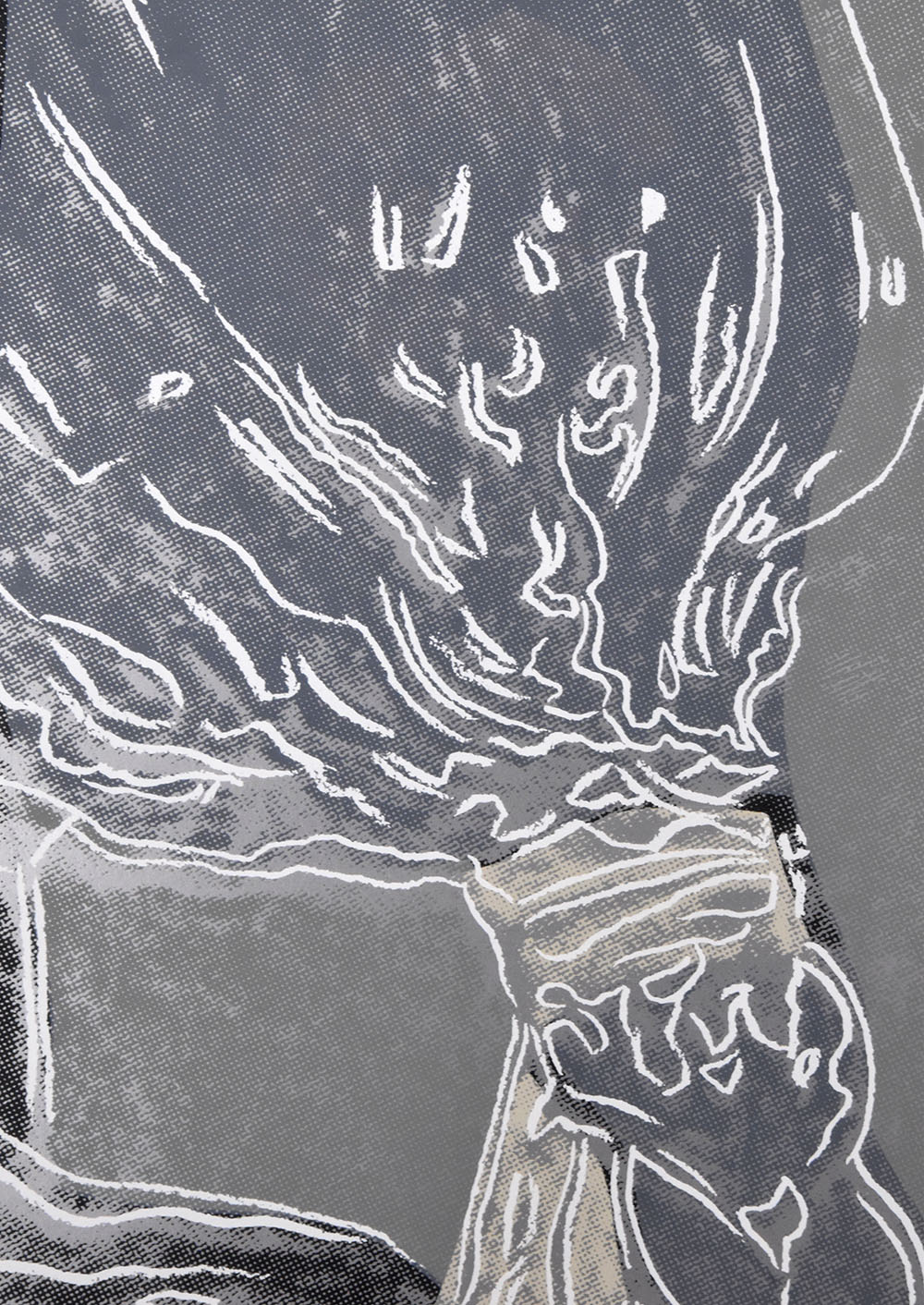 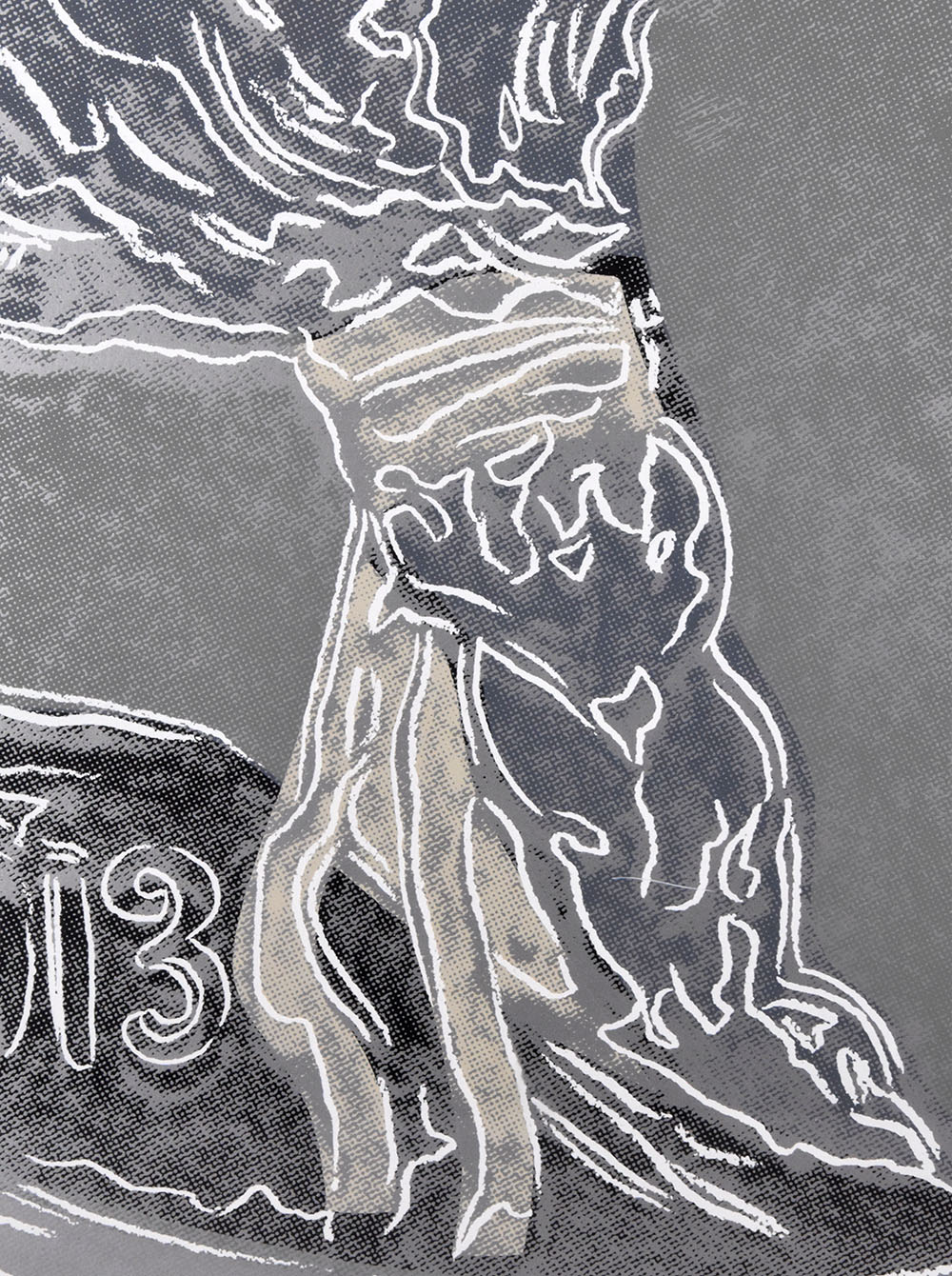 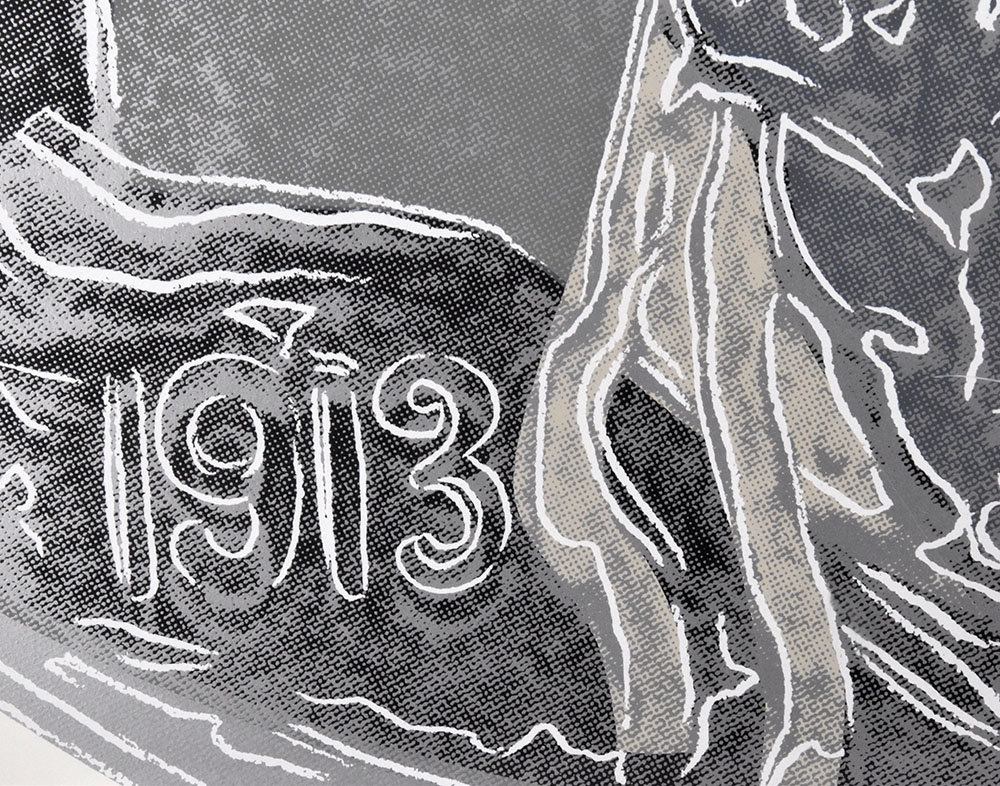 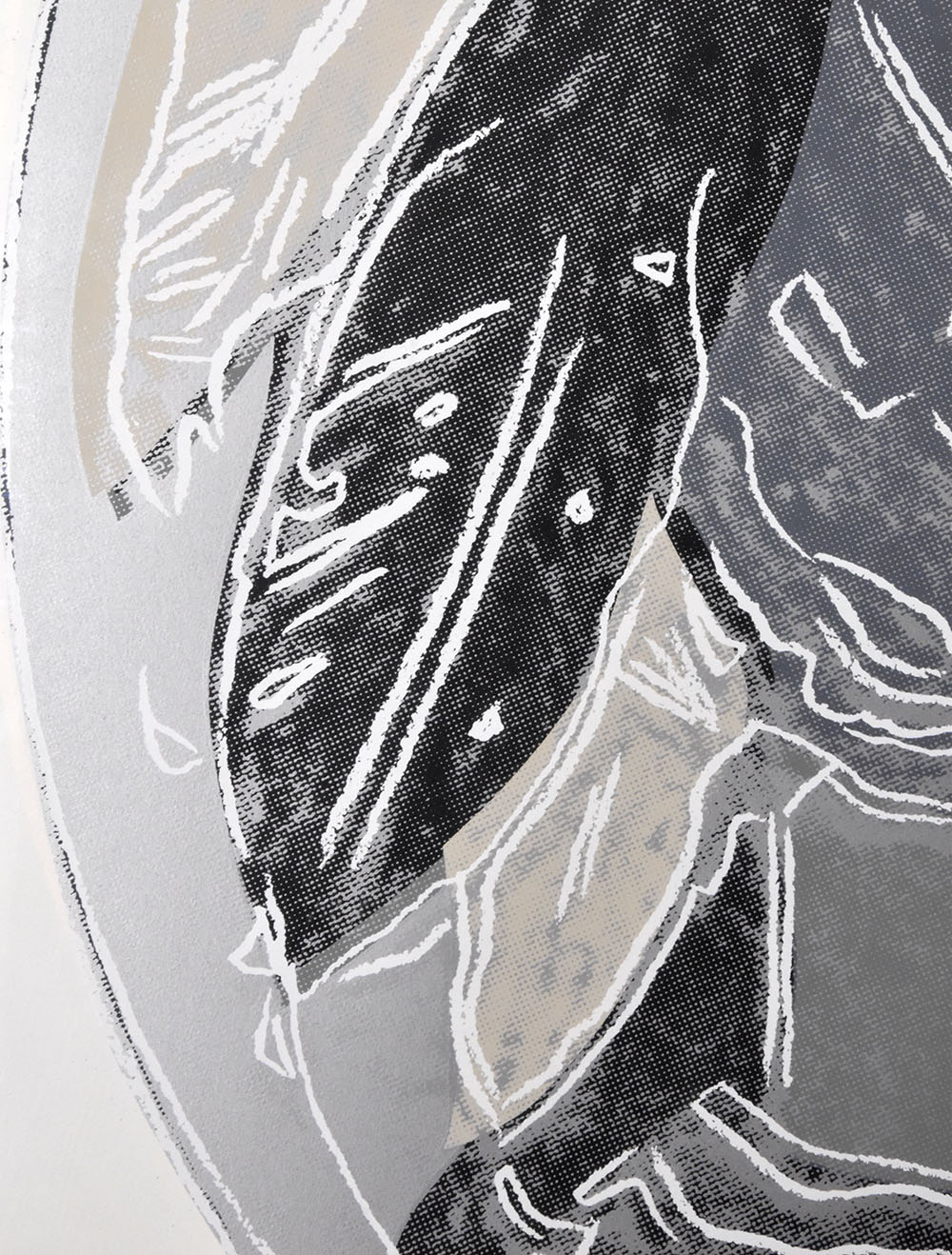 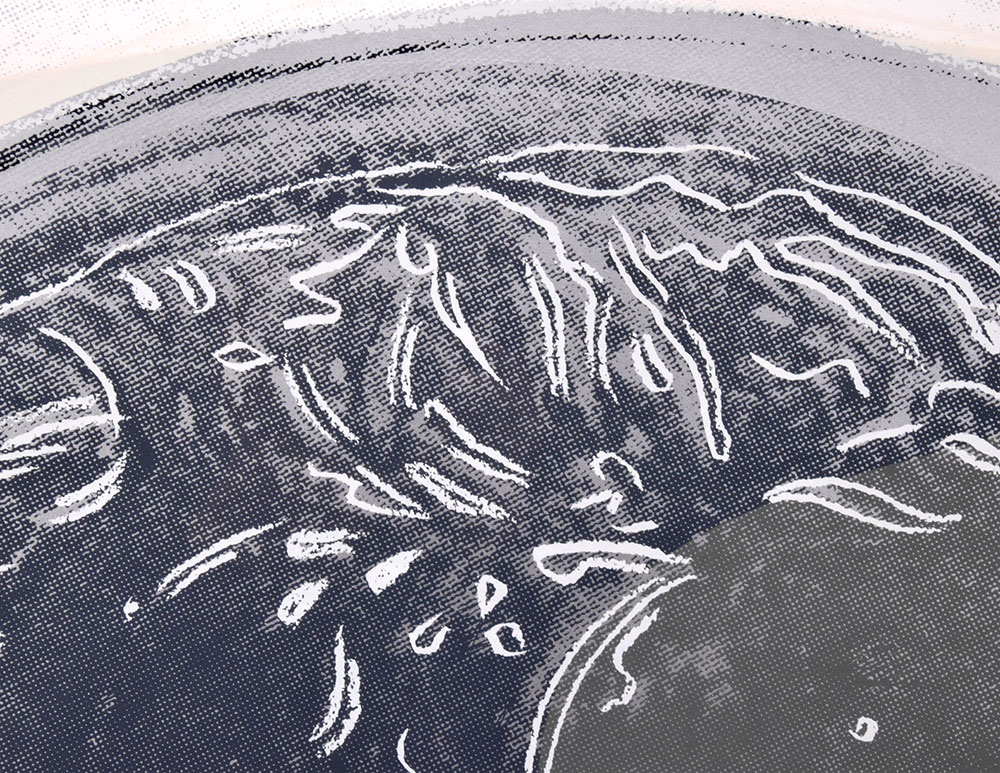 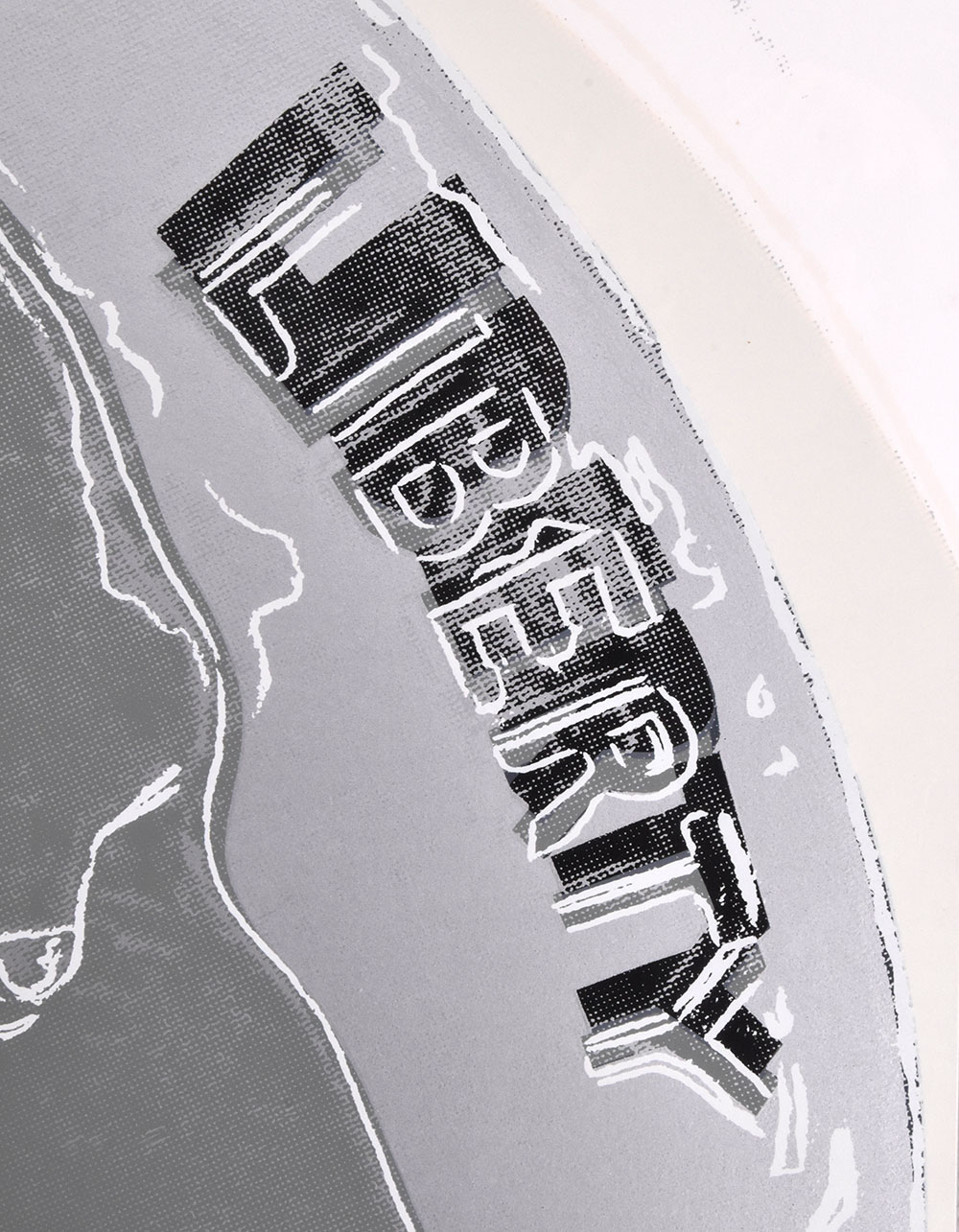 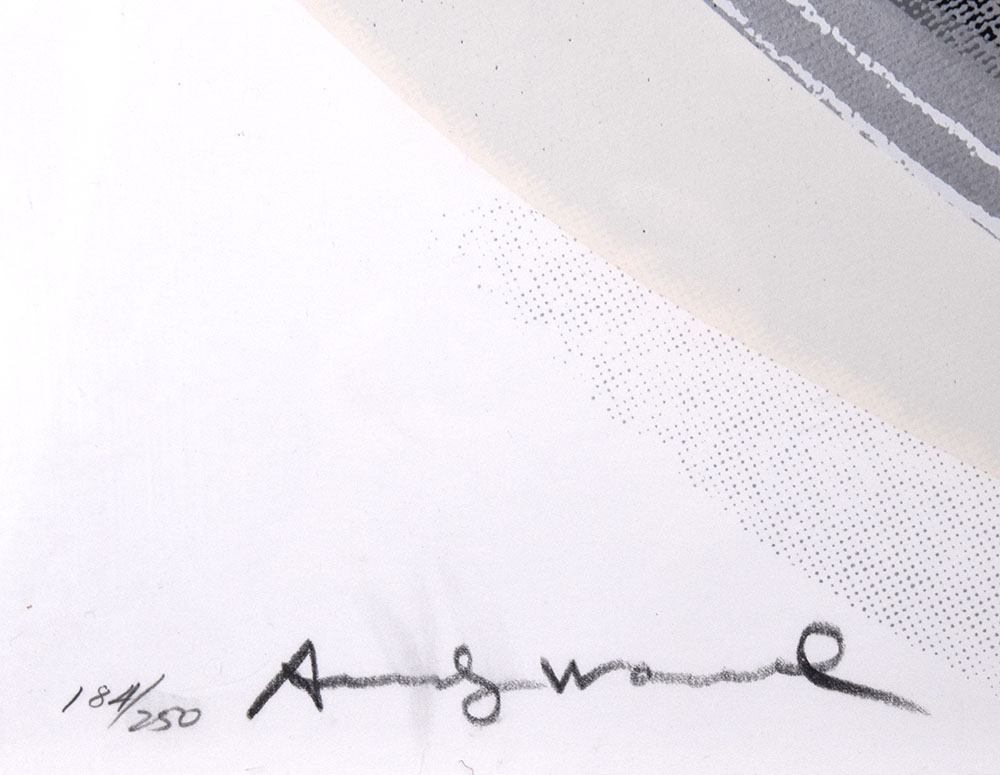 Andy Warhol Indian Head Nickel, 1986 depicts one side of the five-cent piece designed by James Earle Fraser distributed between 1913 and 1938. The side of the coin shown portrays the profile of a Native American man. The coin is comprised of various gray tones. Details that would have been embossed on the original coin, such as the man’s facial features and the word “LIBERTY,” are outlined with white, raising them to the forefront of the image.