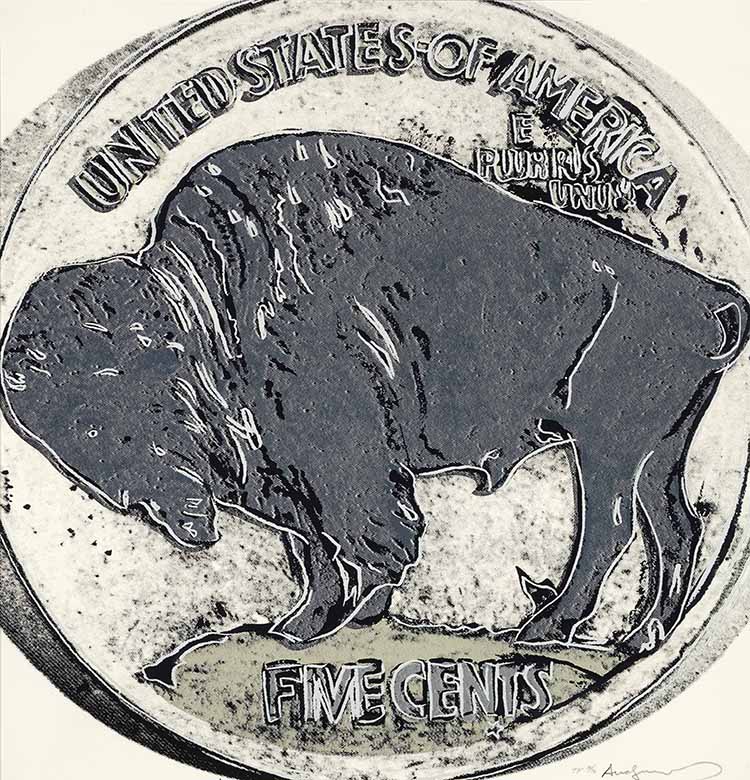 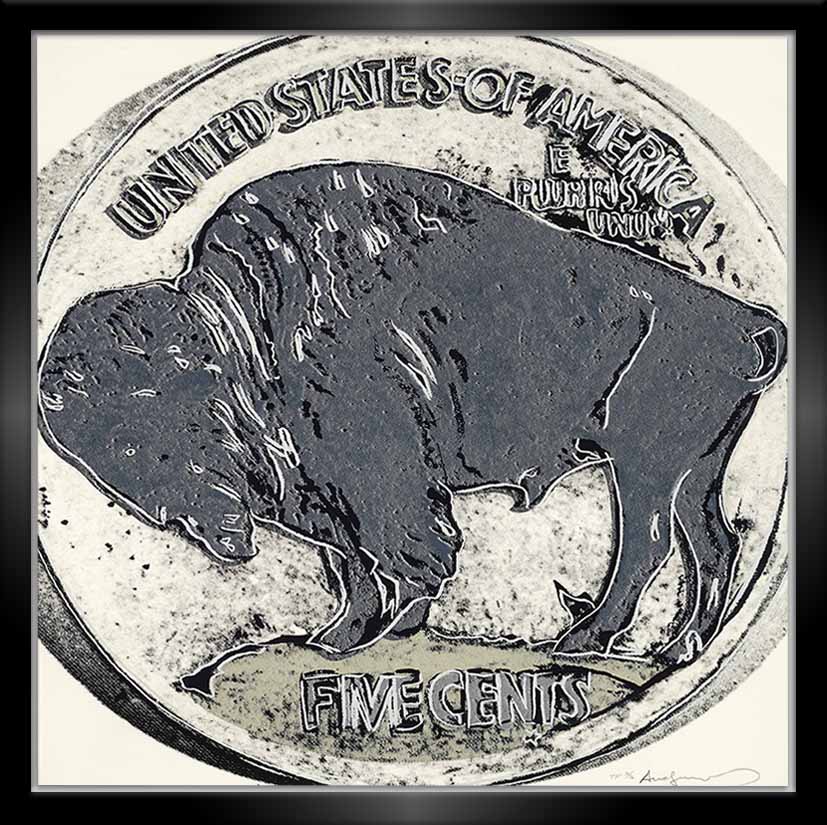 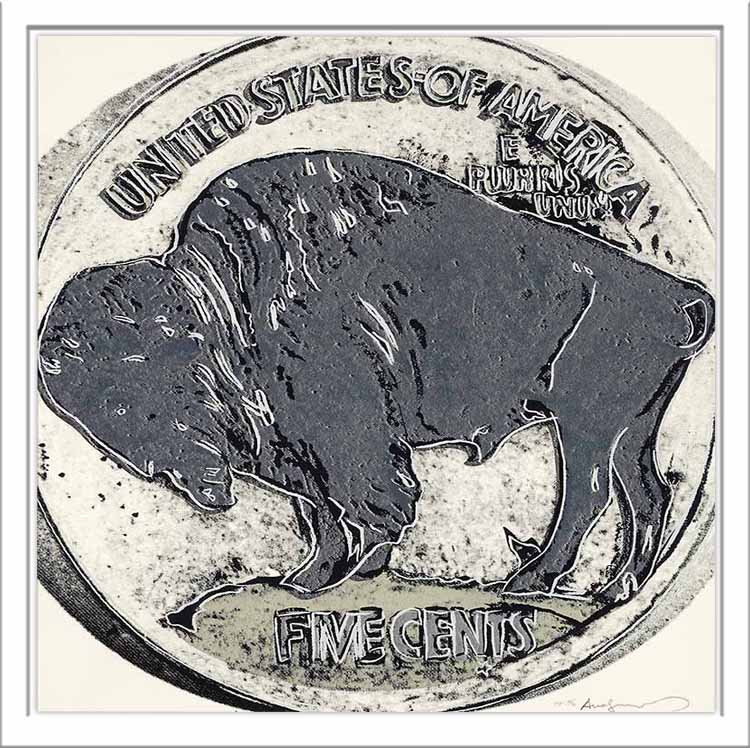 Andy Warhol Buffalo Nickel, 1986 depicts a five-cent piece originally designed by the sculptor James Earle Fraser that was distributed between 1913 and 1938. Warhol’s depiction of the coin face is surprisingly muted, using gray hues fairly similar to the coin’s original color. The edges of the coin itself are cut off in this piece, making it clear that the buffalo is the center of attention.

Warhol places this coin in relation to imagery that expresses the myth of the American West in popular culture as part of the Cowboys and Indians series. The buffalo fits into this theme nicely — it was considered a uniquely American symbol, and the specific buffalo on the Buffalo Nickel was modeled after “Black Diamond,” a buffalo on display at the New York Central Park Zoological Garden. Andy Warhol’s Buffalo Nickel brings to light the extent of American fascination with an idealized conception of the West by appropriating American symbols — the buffalo, as well as the currency itself — to explore the ways that this idea was conceived and disseminated.

Created in 1986, Andy Warhol’s Buffalo Nickel is a color screenprint on Lenox Museum Board and is hand signed in the lower right corner in pencil. It is a unique work of an edition of 36, published by Gaultney, Klineman Art Inc., New York and printed by Rupert Jason Smith, New York.

Catalogue Raisonné & COA:
Andy Warhol Buffalo Nickel, from the Cowboys and Indians Series, 1986 is fully documented and referenced in the below catalogue raisonnés and texts (copies will be enclosed as added documentation with the invoices that will accompany the sale of the work).

About the Framing:
Framed to museum-grade, conservation standards, Andy Warhol Buffalo Nickel, from the Cowboys and Indians Series, 1986 is presented in a complementary moulding and finished with silk-wrapped mats and optical grade Plexiglas.