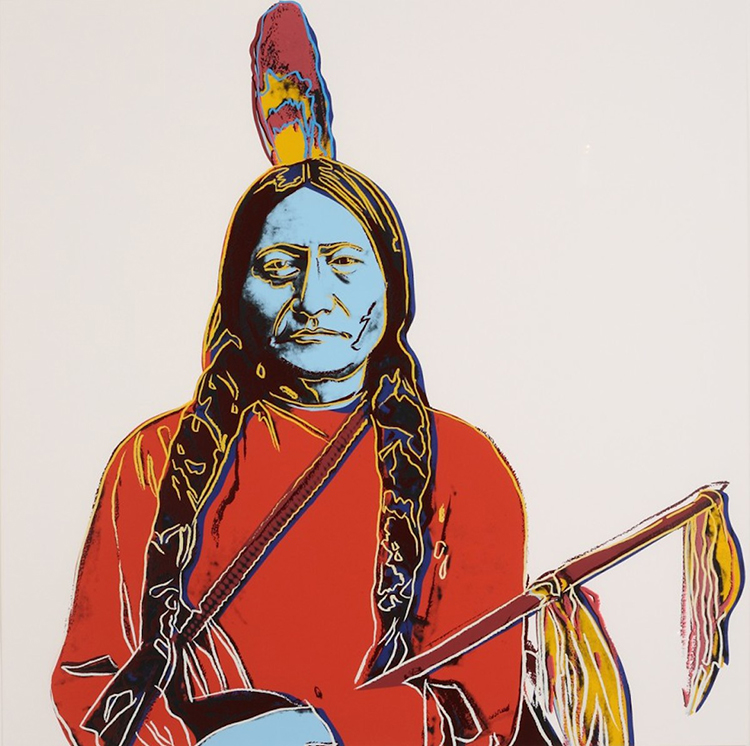 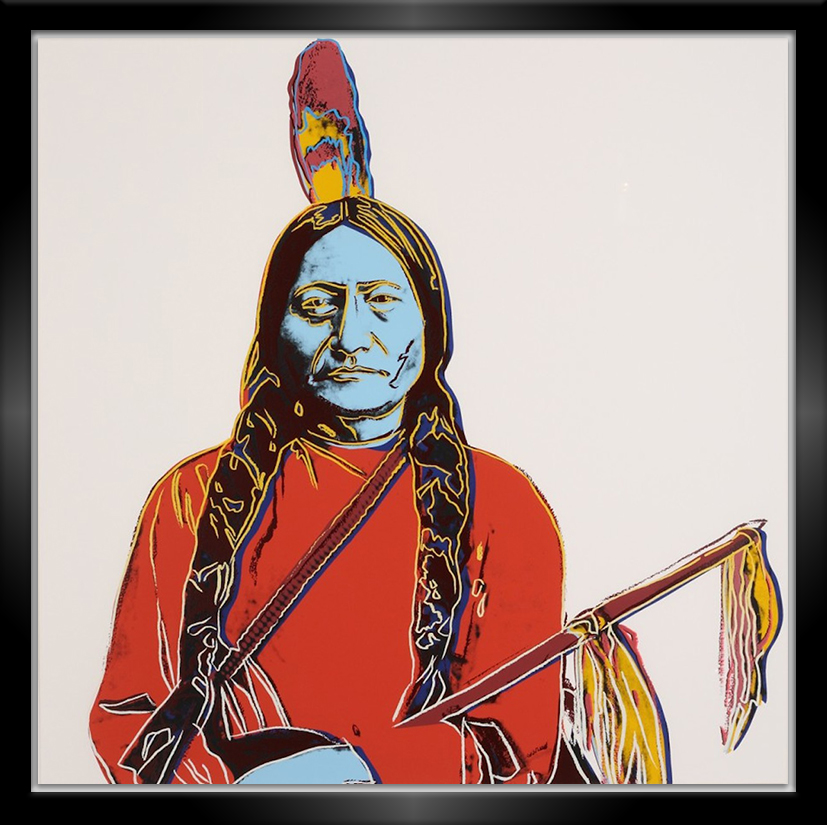 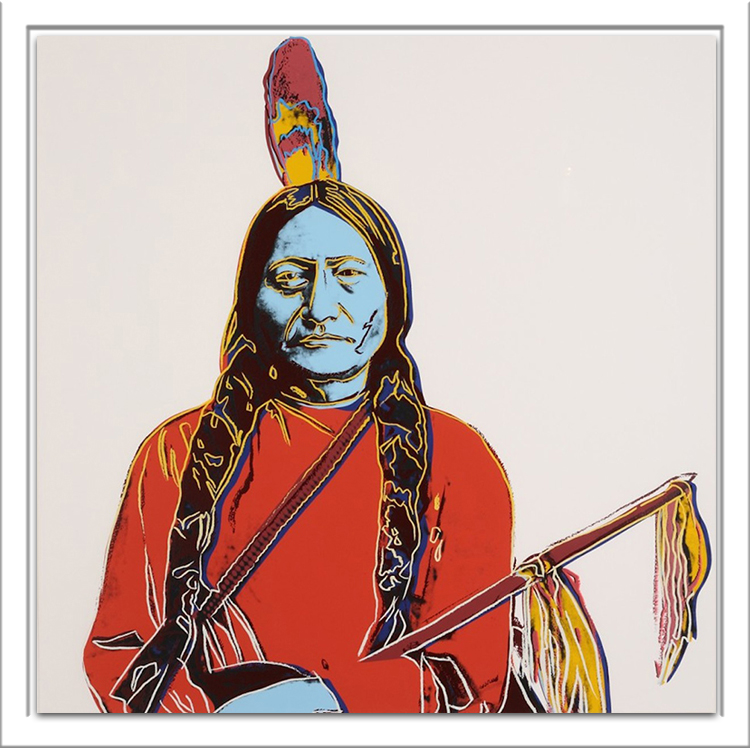 Andy Warhol Sitting Bull, 1986 shows the Sioux chief in a frontal facing portrait. His gaze is turned toward the viewer, and the focus on him is made clear as he stands out against a stark, colorless background. The colors in this work, strong yellows and blues, are saturated in Sitting Bull himself, strengthening his presence and asserting his appearance.

Based off an archival photo of the Sioux chief, Andy Warhol’s Sitting Bull does not aim to portray the chief’s true personality or identity. By portraying him in the Pop Art style against a background devoid of contextual clues, Warhol explores the way that his personality and identity has been appropriated in mass media. As part of Warhol’s Cowboys and Indians series, Sitting Bull, a figure known for his involvement in the Battle at Little Bighorn, is set side by side with other historical figures (including General Custer, his major opponent at the Battle of Little Bighorn), as well as entertainers such as John Wayne that made the “Wild West” popular. These comparisons question the integrity of the idealized version of the historic West that was popular.

Created in 1986, Andy Warhol’s Sitting Bull is a color screenprint on Lenox Museum Board and is hand signed in the lower right corner in pencil. It is a unique work of an edition of 36, published by Gaultney, Klineman Art Inc., New York and printed by Rupert Jason Smith, New York.

Catalogue Raisonné & COA:
Andy Warhol Sitting Bull, from the Cowboys and Indians Series, 1986 is fully documented and referenced in the below catalogue raisonnés and texts (copies will be enclosed as added documentation with the invoices that will accompany the sale of the work).

About the Framing:
Framed to museum-grade, conservation standards, Andy Warhol Sitting Bull, from the Cowboys and Indians Series, 1986 is presented in a complementary moulding and finished with silk-wrapped mats and optical grade Plexiglas.