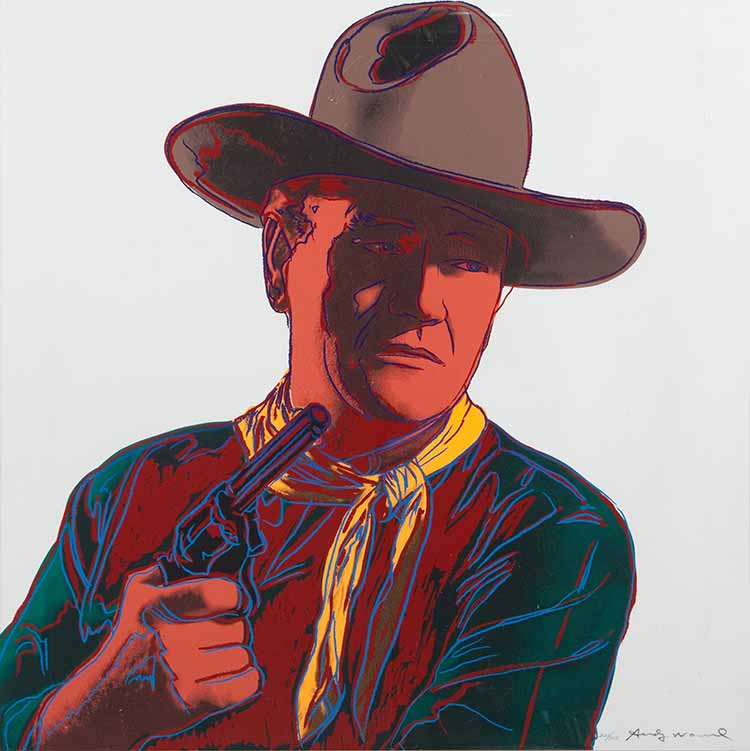 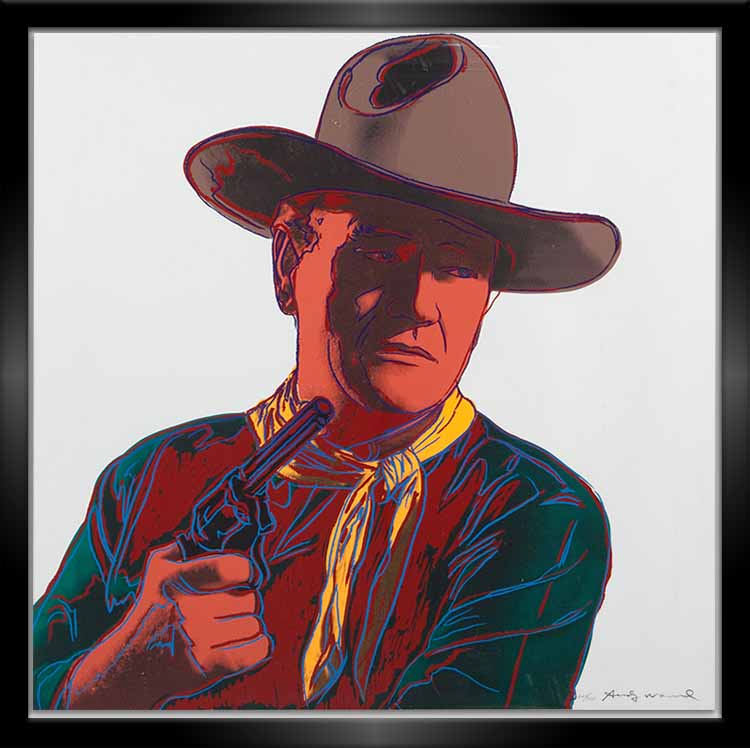 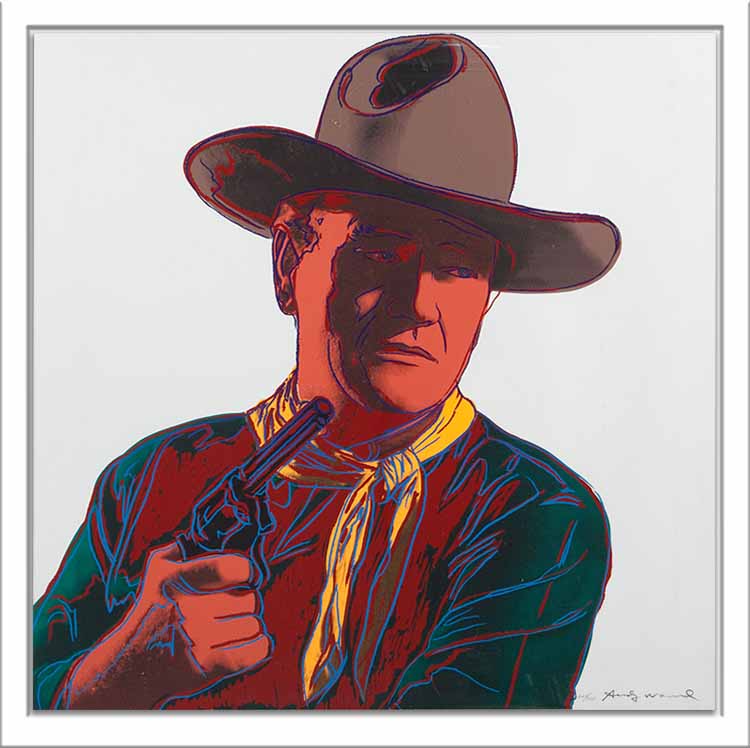 Andy Warhol John Wayne, 1986 shows the famous actor John Wayne as a larger-than-life character, holding a gun and wearing a cowboy hat. He is made more impressive by the vivid red that dominates this work. His persona is also made more imposing by his inaccessibility – his eyes are obscured by the shade cast by the brim of his hat as he gazes to the right.

Warhol is more concerned with John Wayne’s celebrity than his true identity; the actor’s real name was Marion Robert Morrison, but much like in this work, the legend of John Wayne often took precedence in cultural perception of him. Taking this image from a publicity photo for the film The Man Who Shot Liberty Wallace, Andy Warhol’s John Wayne fits perfectly in Cowboys and Indians, a series that explores the ways that the West was conceptualized and romanticized in mass media. It captures one of the major figures in this idealized vision of the West. It also captures the discrepancy between the Hollywood version and the true version of John Wayne, mirroring the discrepancy between the idealized and true versions of the American West.

Created in 1986, Andy Warhol’s John Wayne is a color screenprint on Lenox Museum Board and is hand signed in the lower right corner in pencil. It is a unique work of an edition of 250, published by Gaultney, Klineman Art Inc., New York and printed by Rupert Jason Smith, New York.

Catalogue Raisonné & COA:
Andy Warhol John Wayne, from the Cowboys and Indians Series, 1986 is fully documented and referenced in the below catalogue raisonnés and texts (copies will be enclosed as added documentation with the invoices that will accompany the sale of the work).

About the Framing:
Framed to museum-grade, conservation standards, Andy Warhol John Wayne, from the Cowboys and Indians Series, 1986 is presented in a complementary moulding and finished with silk-wrapped mats and optical grade Plexiglas.