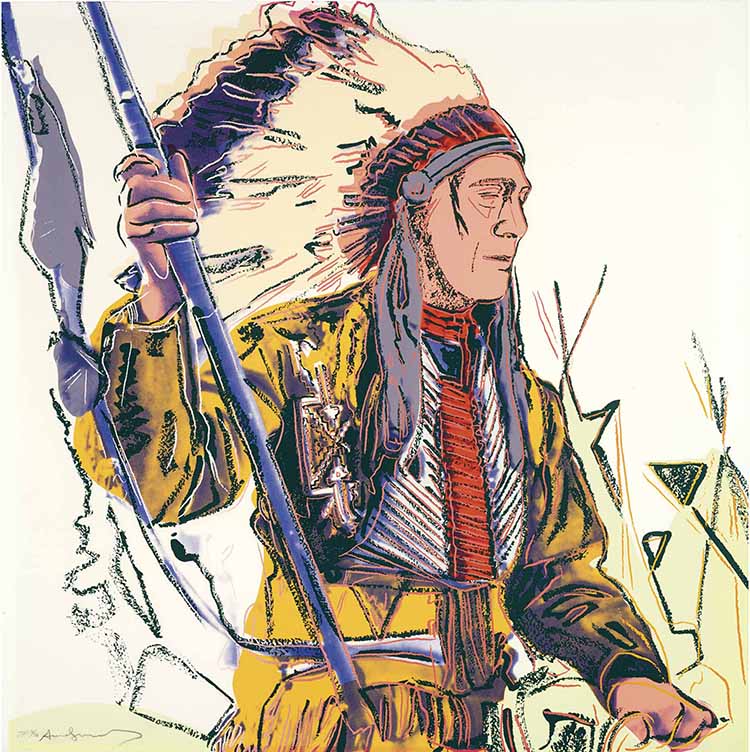 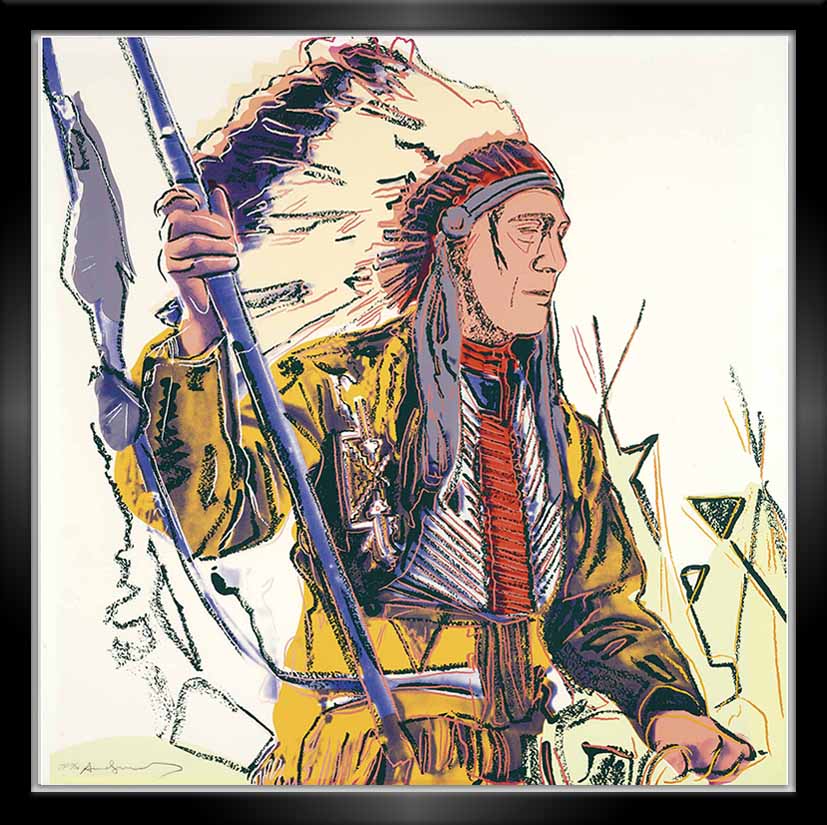 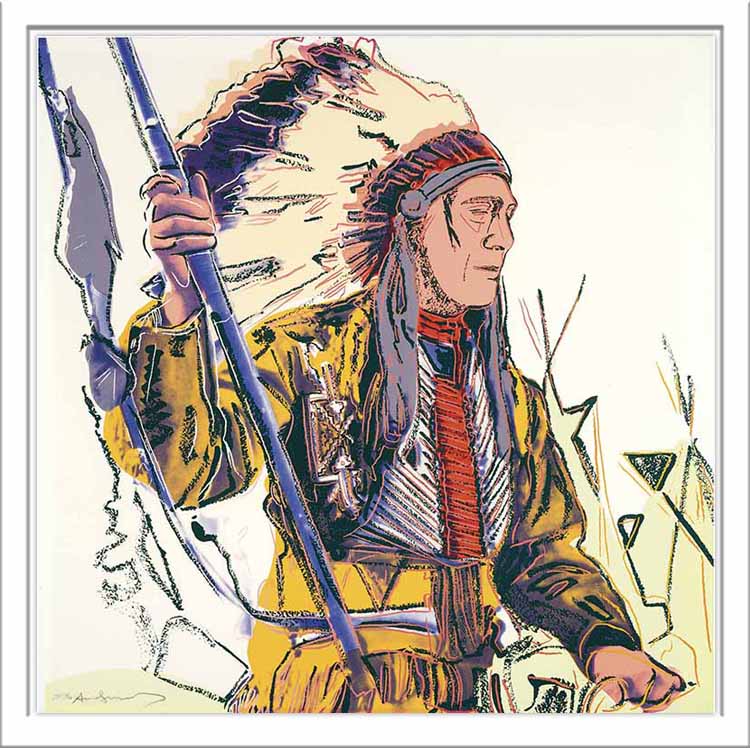 Andy Warhol War Bonnet Indian (1986) portrays a Native American figure. The figure’s stoic nature as he gazes into the distance is coupled with Warhol’s use of vibrant colors, his body and clothing articulated with pink, purple, and yellow against a relatively stark background. These same colors are used to trace details in his clothing, face, and hands.

Part of the Cowboys and Indians series, Andy Warhol’s War Bonnet Indian is part of a set of works that depict an idealized version of the American historic West. Cowboys and Indians is the first series done by Warhol that includes both figures and objects. By juxtaposing Native American figures, American heroes associated with the historic West, and Native American objects such as Kachina dolls, Warhol explores the ways that Native American culture has been appropriated and romanticized by Western culture. This is exemplified in War Bonnet Indian — based off a Hollywood film still, Warhol explores the tension between Native American people and their popular representation.

Created in 1986, Andy Warhol’s War Bonnet Indian is a color screenprint on Lenox Museum Board and is hand signed in the lower left corner in pencil. It is a unique work of an edition of 36, published by Gaultney, Klineman Art Inc., New York and printed by Rupert Jason Smith, New York.

Andy Warhol War Bonnet Indian, from the Cowboys and Indians Series, 1986 is fully documented and referenced in the below catalogue raisonnés and texts (copies will be enclosed as added documentation with the invoices that will accompany the sale of the work).

About the Framing:
Framed to museum-grade, conservation standards, Andy Warhol War Bonnet Indian, from the Cowboys and Indians Series, 1986 is presented in a complementary moulding and finished with silk-wrapped mats and optical grade Plexiglas.