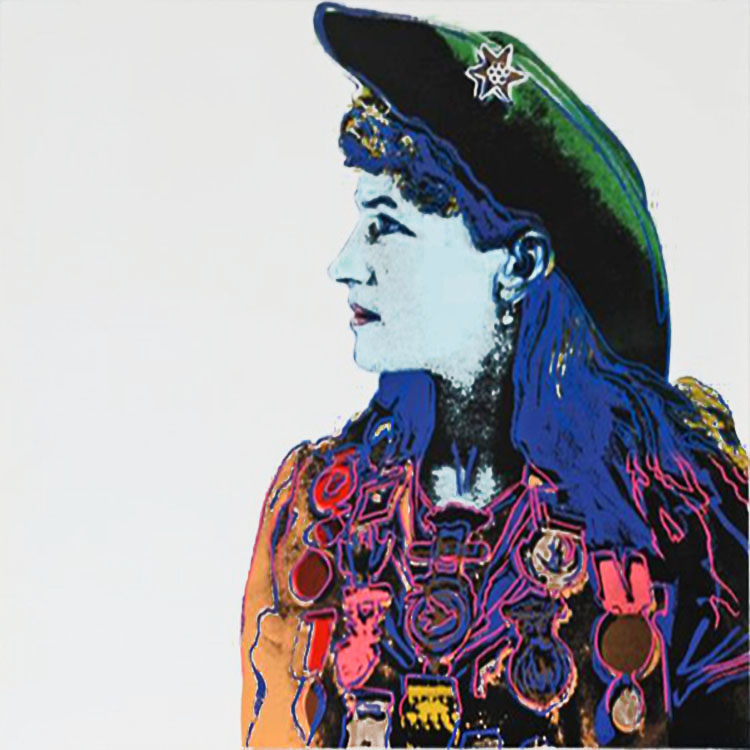 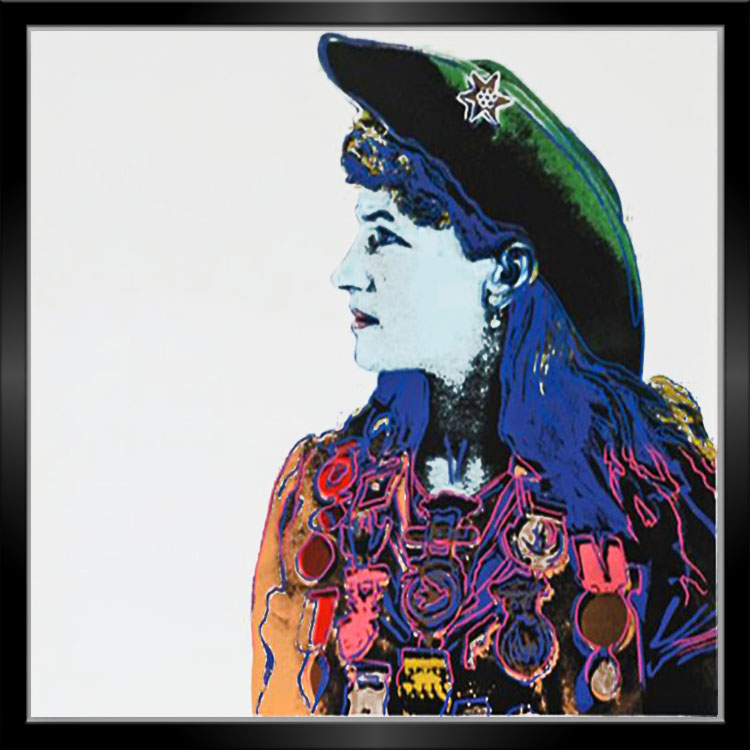 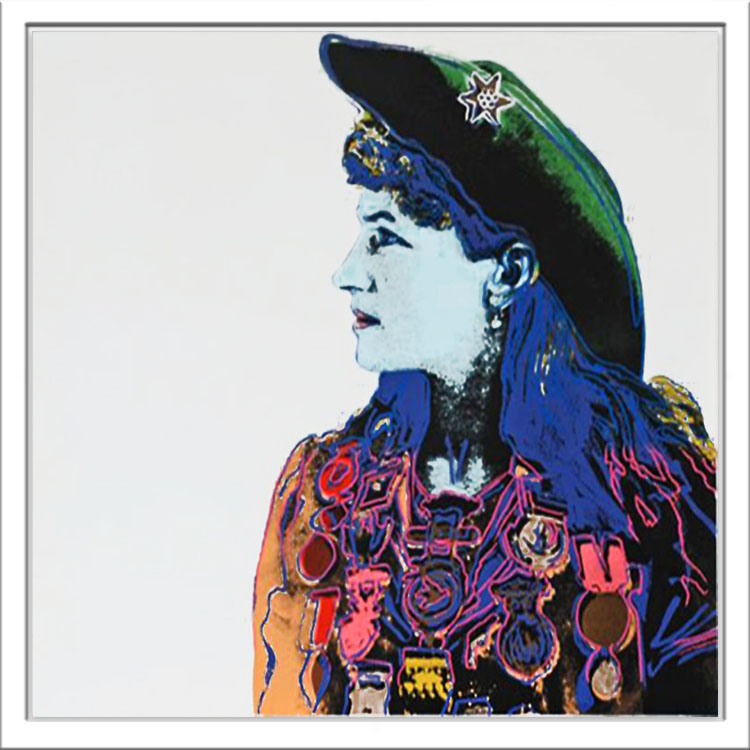 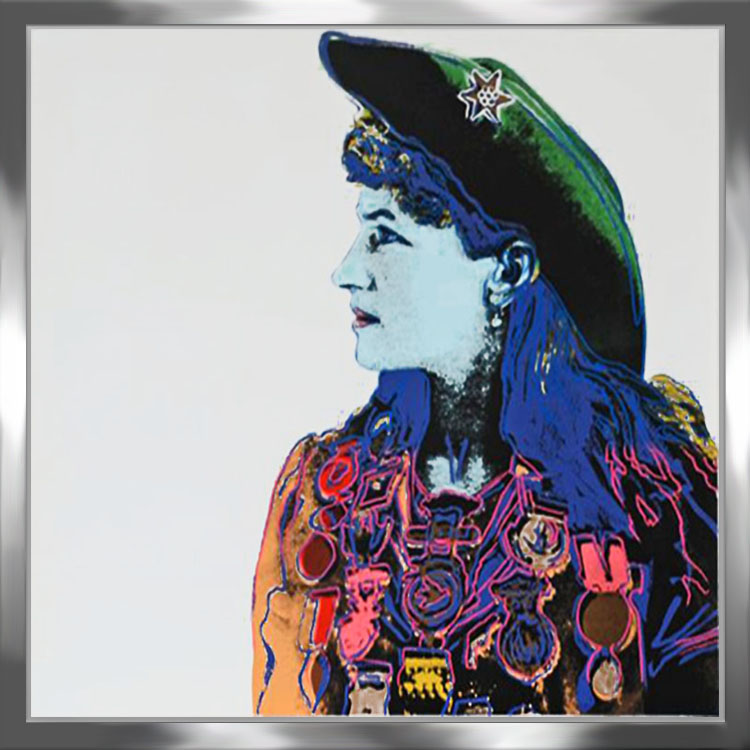 Andy Warhol, Annie Oakley, from the Cowboys and Indians Sereis, 1986 shows the sharpshooter ready for a performance, donning a hat and adorned with copious medals on her chest. These medals take up much of the viewer’s attention; the color of her face is relatively muted compared to the oranges and red-pinks of the medals on her chest. The use of contrasting linework to trace the medals’ outlines accentuates this focus on her accomplishments rather than her person.

Much like his portrayals of other popular figures in the Cowboys and Indians series, such as John Wayne, Andy Warhol’s Annie Oakley is focused on her celebrity rather than her life or background. Annie Oakley, whose real name was Phoebe Ann Mosey, rose to fame as part of Buffalo Bill’s Wild West show. Cowboys and Indians explores the idealized version of the West and its icons. Known as “Little Sure Shot,” Oakley was one of these icons. She quickly became the most popular performer in the Wild West show from her role in its national and international tours, becoming a symbol of the American West both in the United States and internationally.

Created in 1986, Andy Warhol’s Annie Oakley is a color screenprint on Lenox Museum Board and is hand signed in the lower left corner in pencil. It is a unique work of an edition of 250, published by Gaultney, Klineman Art Inc., New York and printed by Rupert Jason Smith, New York.

Andy Warhol, Annie Oakley, from the Cowboys and Indians Series, 1986 is fully documented and referenced in the below catalogue raisonnés and texts (copies will be enclosed as added documentation with the invoices that will accompany the sale of the work).

Framed to museum-grade, conservation standards, Andy Warhol Annie Oakley, from the Cowboys and Indians Series, 1986  is presented in a complementary moulding and finished with silk-wrapped mats and optical grade Plexiglas.