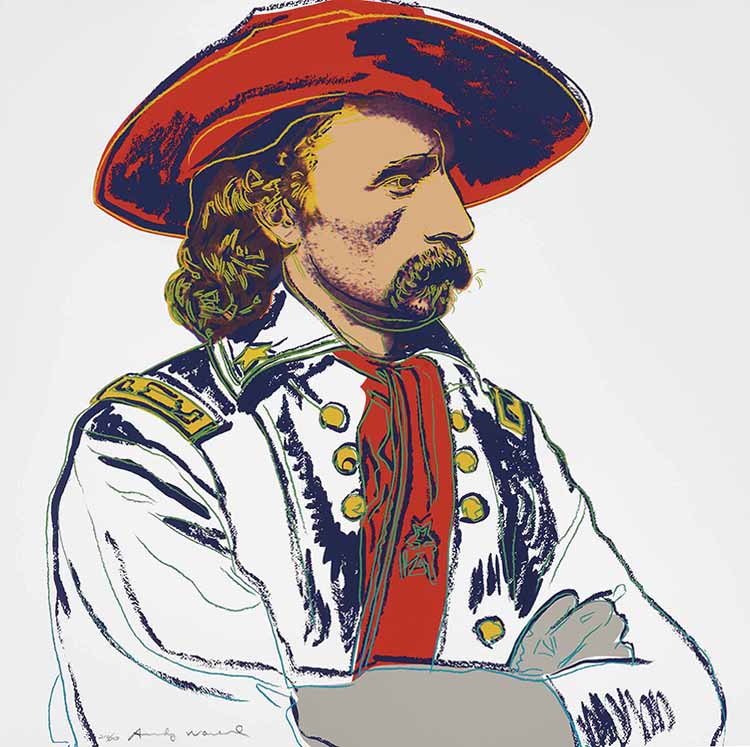 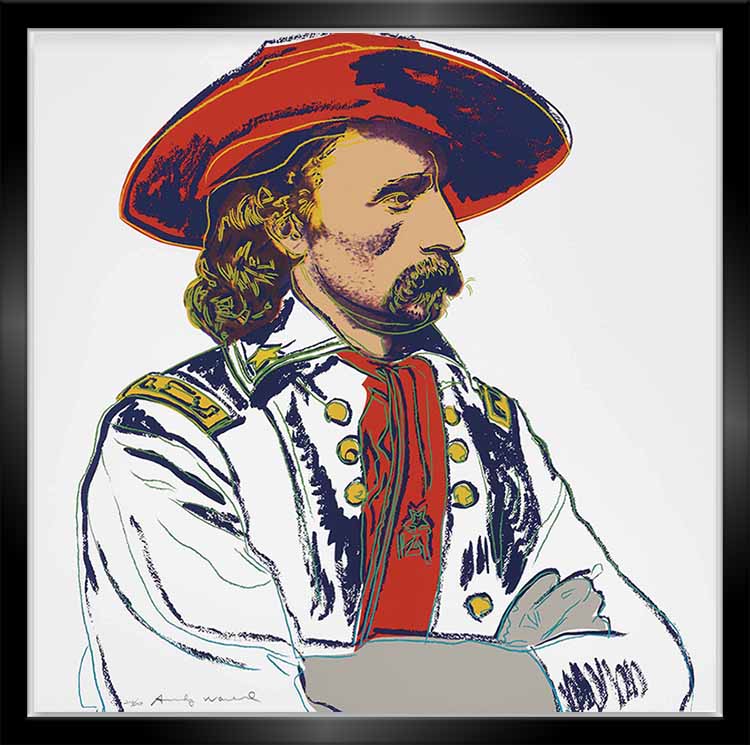 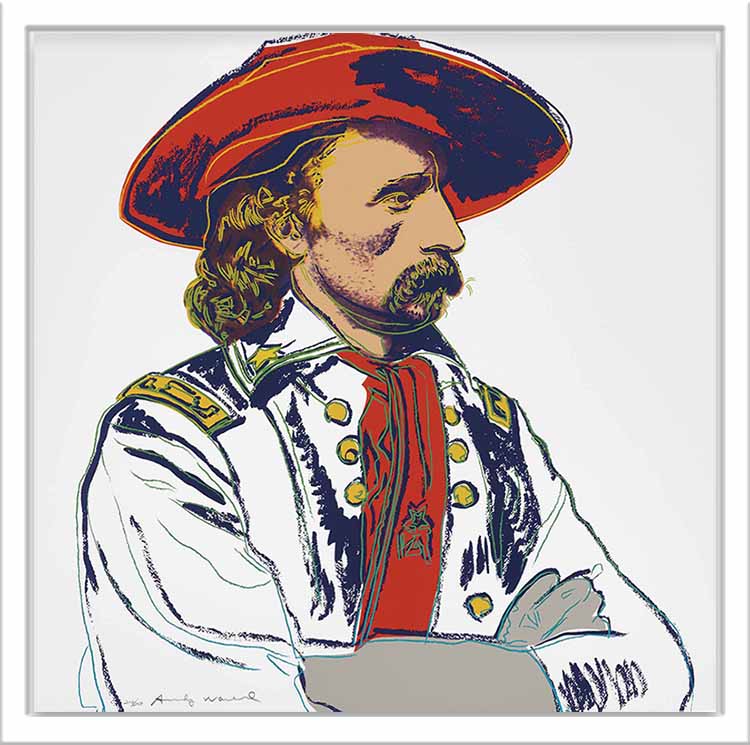 Andy Warhol General Custer, 1986 portrays the Civil War figure in his personalized uniform. This work is mostly comprised of red, white, and blue, as well as some gold details, emphasizing his American identity. His persona is alienating and aloof as he crosses his arms and looks away.

Andy Warhol’s General Custer emphasizes Custer’s relationship with the United States army. He is especially known for The Battle of Little Bighorn, when Custer led his forces against a band of Lakota Sioux and Cheyenne tribes led by Sitting Bull. By including General Custer in his Cowboys and Indians series, which includes an additional work of Sitting Bull, Warhol highlights this battle and the tensions between the army and Native Americans. By juxtaposing him with popular figures associated with an idealized version of the American West, such as John Wayne and Annie Oakley, Warhol’s General Custer also explores his posthumous legacy of fame; though his war associations are now admonished, he was once regarded as a military hero and paintings of him used in advertising campaigns propelled him to fame.

Catalogue Raisonné & COA:
Andy Warhol General Custer, from the Cowboys and Indians Series, 1986 is fully documented and referenced in the below catalogue raisonnés and texts (copies will be enclosed as added documentation with the invoices that will accompany the sale of the work).