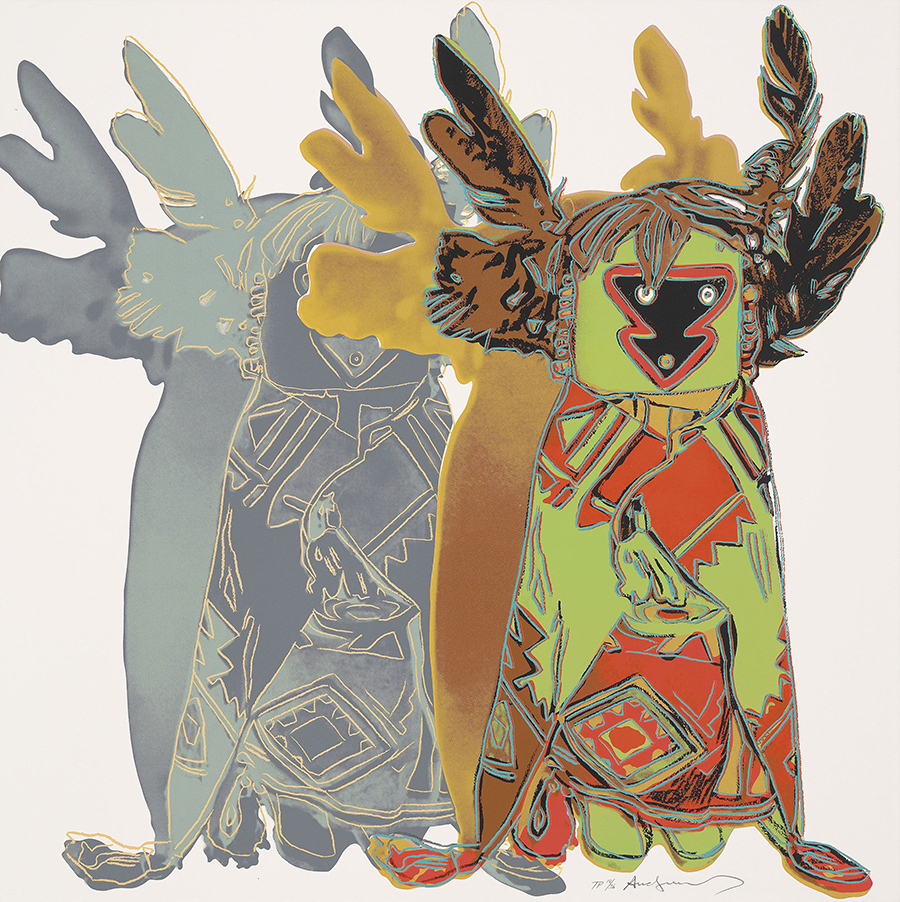 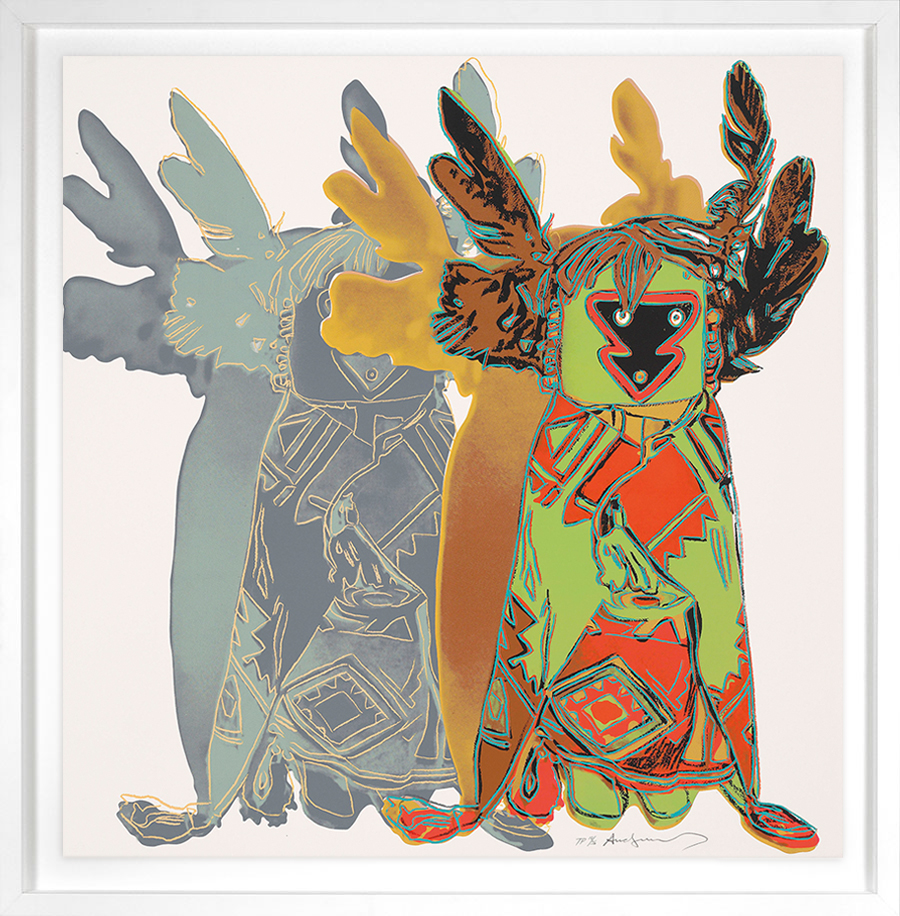 Andy Warhol Kachina Dolls, from the Cowboys and Indians Series, 1986 depicts the echoing figure of a carved kachina, a spirit believed by the Hopi people to control various natural elements. The geometric marks on its face and body are here depicted in a glowing orange set against a lime-green. The feather decorating its head are buzzing with an electric turquoise outline.  In his unique pop-art style, Warhol reimagines a cultural symbol and draws the viewer's attention to an important element of the Hopi lifestyle by structuring it in a bold and graphic aesthetic.

In the Cowboys and Indians Series, Warhol makes the familiar choice of favoring popular imagery over what is historically accurate. In each of the ten screenprints, the cowboys and Native Americans are stripped of their historical context and presented as pop culture icons. Warhol therefore creates an ironic commentary on the mass mythologizing of the American West.

Created in 1986, this color screenprint on Lenox Museum Board is hand signed by Andy Warhol (Pennsylvania, 1928 - New York, 1987) in pencil in the lower right. A unique work inscribed ‘TP’ (trial proof) and numbered from the edition of 36 unique trial proofs; aside from the edition of 250; published by Ronald Feldman Fine Arts, Inc., New York; printed by Rupert Jasen Smith, New York.

Catalogue Raisonné & COA:
Andy Warhol Kachina Dolls, from the Cowboys and Indians Series, 1986 Unique Trial Proof is fully documented and referenced in the below catalogue raisonnés and texts (copies will be enclosed as added documentation with the invoices that will accompany the sale of the work).

About the Framing:
Framed to museum-grade, conservation standards, Andy Warhol Kachina Dolls, From the Cowboys and Indians Series, 1986 Unique Trial Proof is presented in a complementary moulding and mats and optical grade Plexiglas.