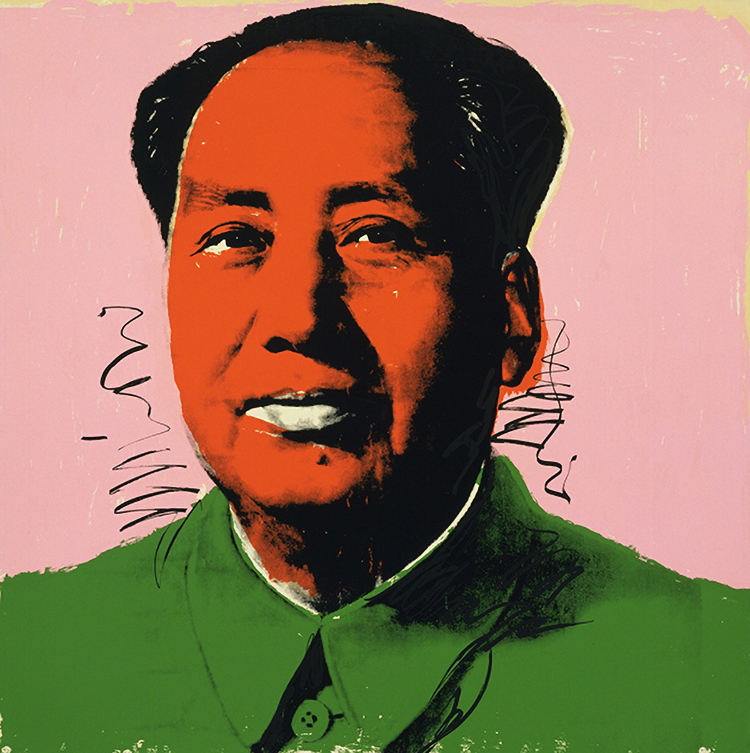 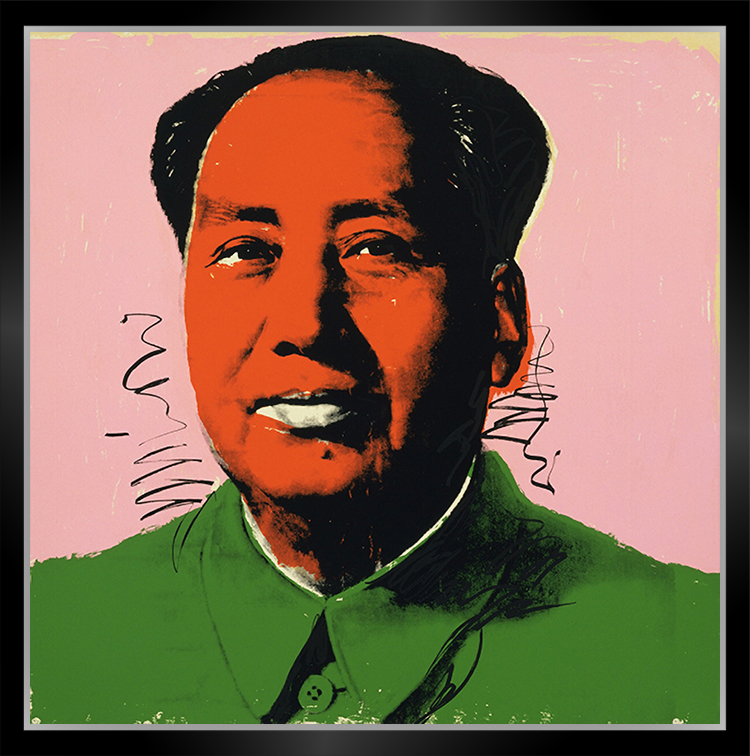 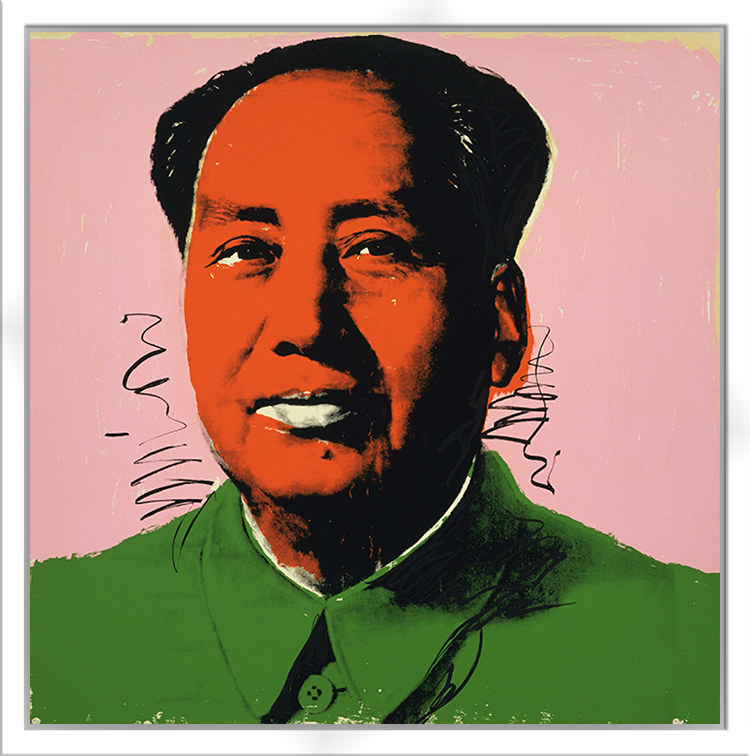 Andy Warhol’s Mao 94 (1972) features the Chinese leader of the same name. Mao’s face is a bold crimson, making him appear flushed. His pale lips are left white, which directly juxtaposes the intensity of its surroundings. The flushed effect is furthered by the green of Mao’s shirt and the bubblegum pink of the background. Mao’s face is framed by hand-drawn squiggles, which add a personal touch of the artist’s hand to the work. Warhol’s Mao 94 is an iconic work from one of Andy Warhol’s best-known portfolios.

Created in 1972, Andy Warhol’s Mao 94 is a color screenprint on Lenox Museum Board and is hand signed in ballpoint pen on verso. It is a unique work of an edition of 250, published by Castelli Graphics and Multiples, Inc., New York and printed by Styria Studio, Inc., New York.

Catalogue Raisonné & COA:
Andy Warhol, Mao 94, from Mao screenprint portfolio is fully documented and referenced in the below catalogue raisonnés and texts (copies will be enclosed as added documentation with the invoices that will accompany the sale of the work).