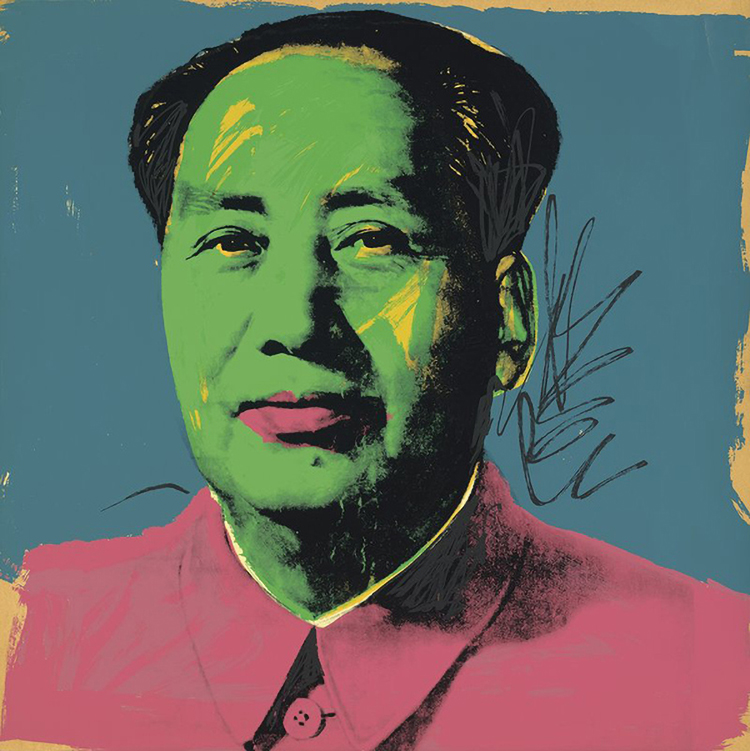 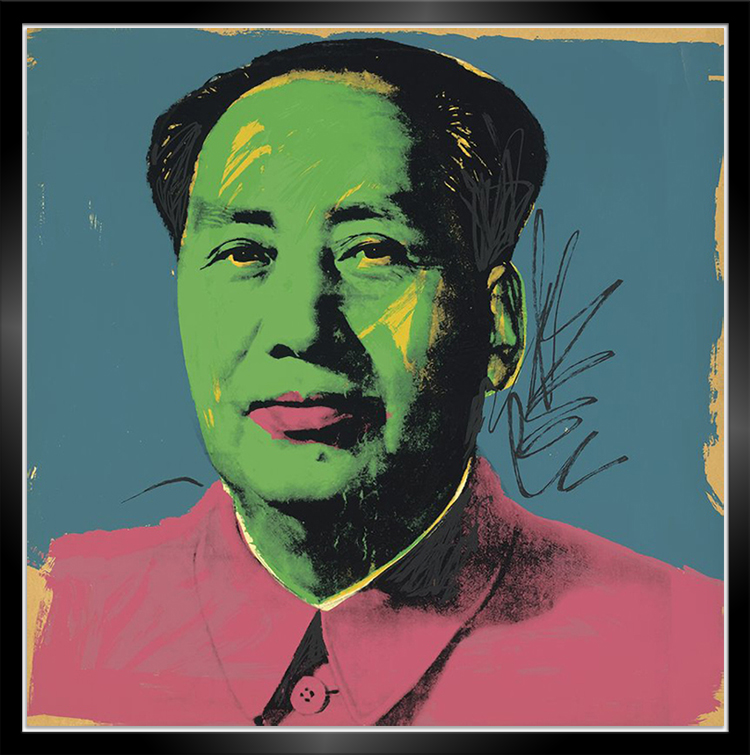 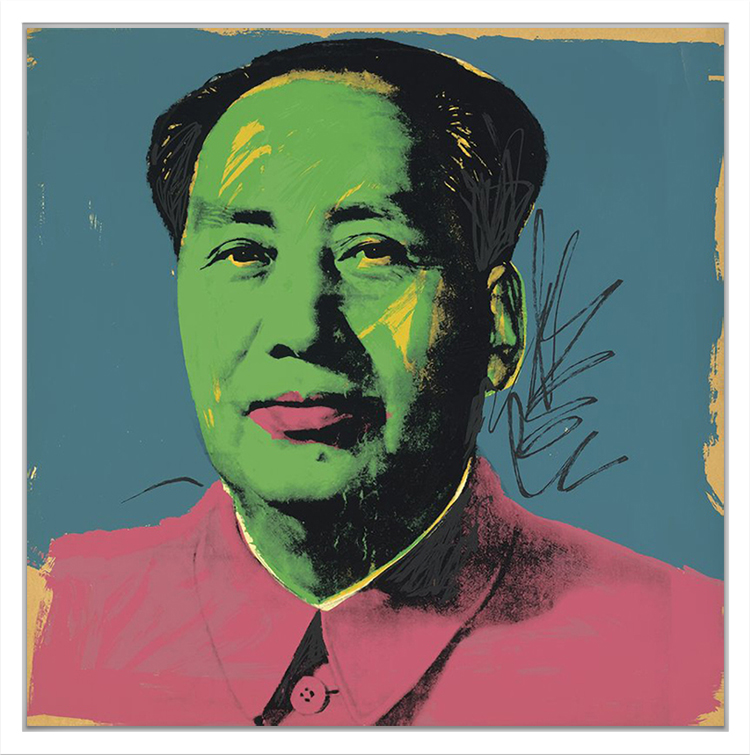 Andy Warhol’s Mao 93 (1972) is a whimsical take on the political leader’s portrait. The deep blue background of this image pushes the figure of Mao forward, making Warhol’s vibrant color choices even more lively in comparison. Mao’s face appears painted, as it is made up of green with slashes of yellow on his cheeks and forehead. His lips are fuchsia, the color applied imperfectly, as if a lipstick color was carelessly applied. His shirt matches his lips, a complementary color to the emerald green of his face. Warhol’s Mao 93 uses this complementary relationship to create an attention-holding work.

Created in 1972, Andy Warhol’s Mao 93 is a color screenprint on Lenox Museum Board and is hand signed in ballpoint pen on verso. It is a unique work of an edition of 250, published by Castelli Graphics and Multiples, Inc., New York and printed by Styria Studio, Inc., New York.

Catalogue Raisonné & COA:
Andy Warhol, Mao 93, from Mao screenprint portfolio is fully documented and referenced in the below catalogue raisonnés and texts (copies will be enclosed as added documentation with the invoices that will accompany the sale of the work).