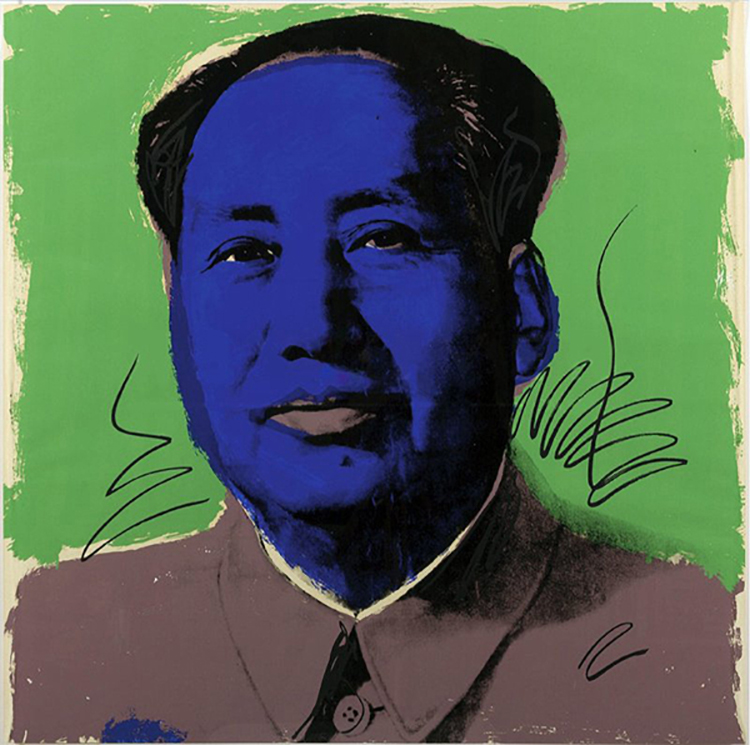 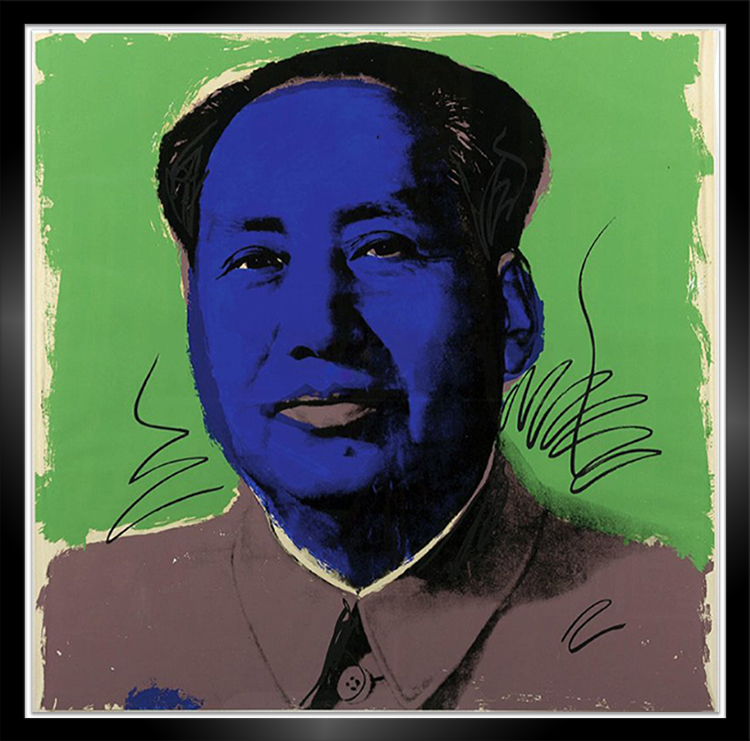 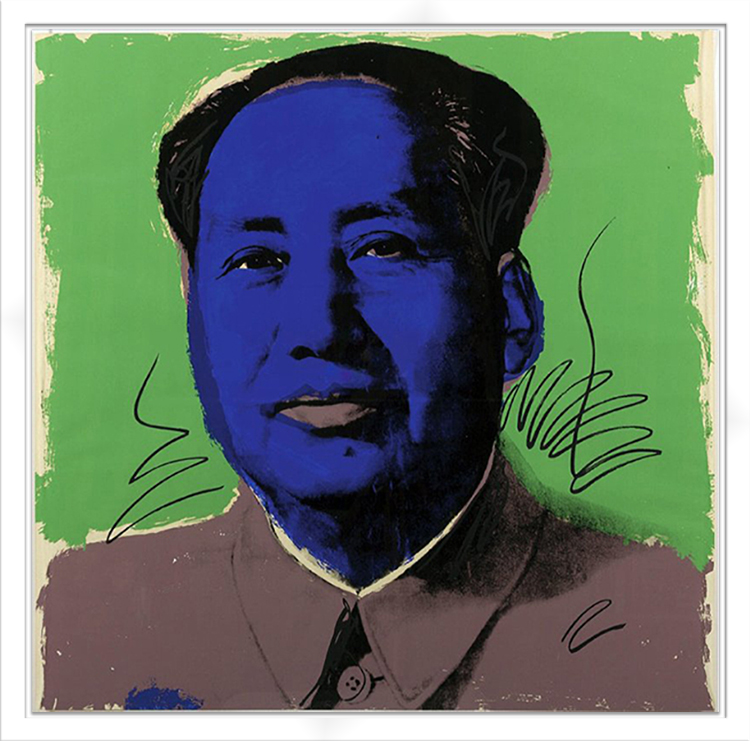 Andy Warhol’s Mao 90, 1972 distorts the image of the Chinese leader. Mao’s skin is printed in a deep blue. The blue mutes his features, making his facial features difficult to make out. His lips, unlike the rest of his face, match the gray-purple of his shirt, contrasting the forest green background he is in front of. Hand-drawn on either side of Mao’s head are graffiti-like scribbles, which deviate from the rest of the work’s mechanized process. Warhol’s Mao 90 adds an element of irony to an otherwise serious portrait, prompting the viewer to question the persona the portrait portrays.

Created in 1972, Andy Warhol’s Mao 90 is a color screenprint on Lenox Museum Board and is hand signed in ballpoint pen on verso. It is a unique work of an edition of 250, published by Castelli Graphics and Multiples, Inc., New York and printed by Styria Studio, Inc., New York.

Catalogue Raisonné & COA:
Andy Warhol, Mao 90, from Mao is fully documented and referenced in the below catalogue raisonnés and texts (copies will be enclosed as added documentation with the invoices that will accompany the sale of the work).

About the Framing:
Framed to museum-grade, conservation standards, Andy Warhol’s Mao 90, 1972 is presented in a complementary moulding and finished with silk-wrapped mats and optical grade Plexiglas.