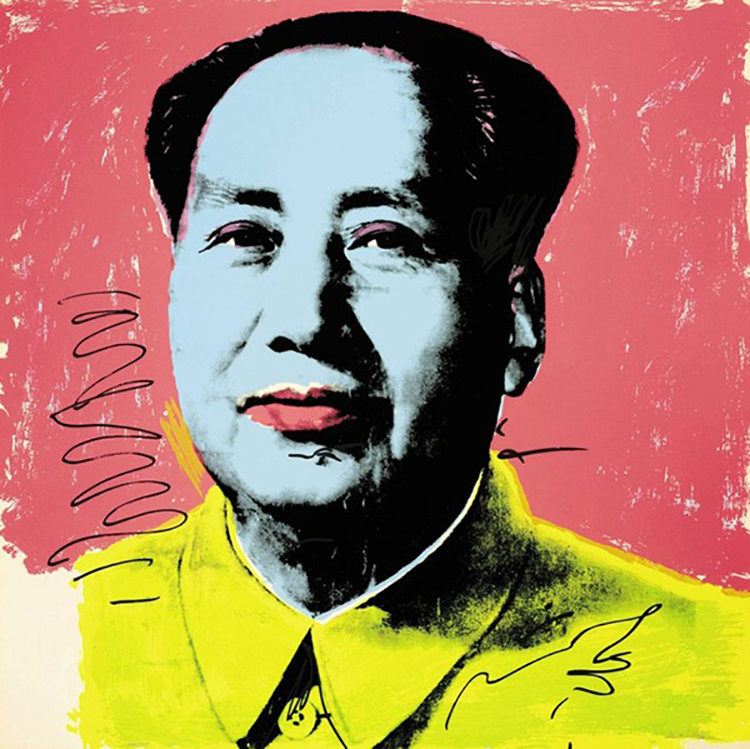 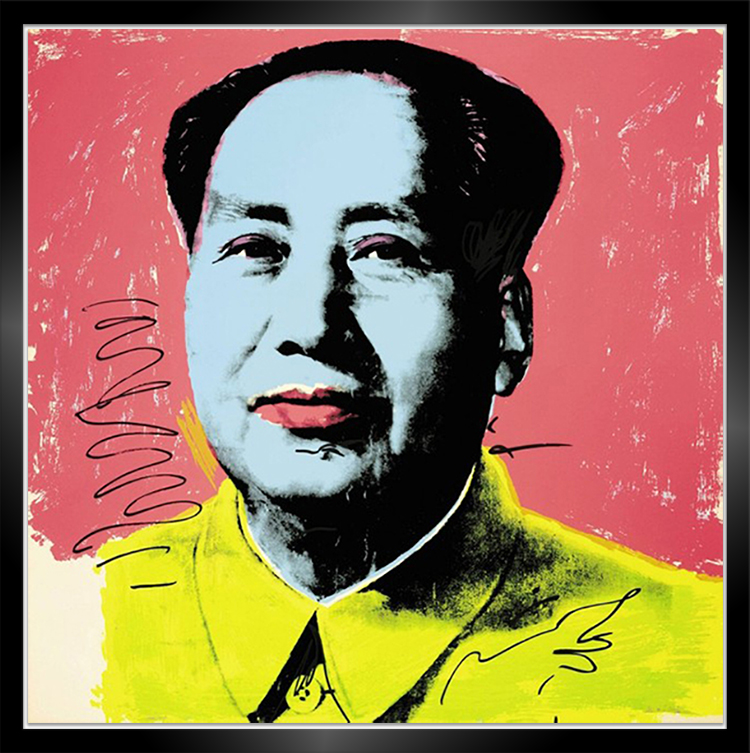 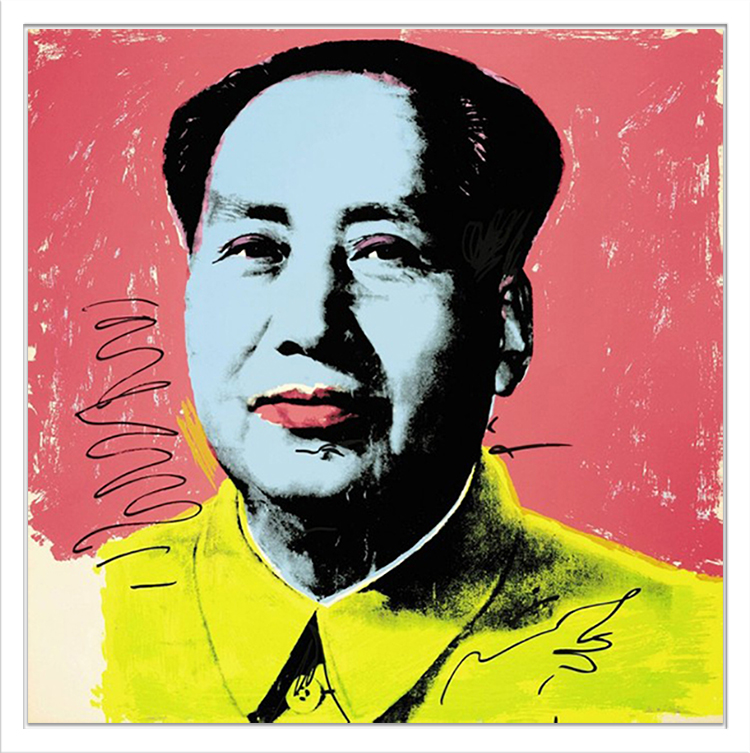 Andy Warhol’s Mao 91 (1972) immortalizes the Chinese leader with pallid blue-gray skin against a rosy red background. His lips and eyelids match this background, contrasting his icy blue face and giving the impression that he has swiped on some pink-red makeup. His shirt is screenprinted a honey mustard yellow, which only emphasizes the almost sickly hue his face has been given. Warhol’s Mao 91 portrays the political leader in an unlikely manner, forcing the viewer to view Mao in an unexpected way.

Created in 1972, Andy Warhol’s Mao 91 is a color screenprint on Lenox Museum Board and is hand signed in ballpoint pen on verso. It is a unique work of an edition of 250, published by Castelli Graphics and Multiples, Inc., New York and printed by Styria Studio, Inc., New York.

Andy Warhol, Mao 91, from Mao screenprint portfolio is fully documented and referenced in the below catalogue raisonnés and texts (copies will be enclosed as added documentation with the invoices that will accompany the sale of the work).