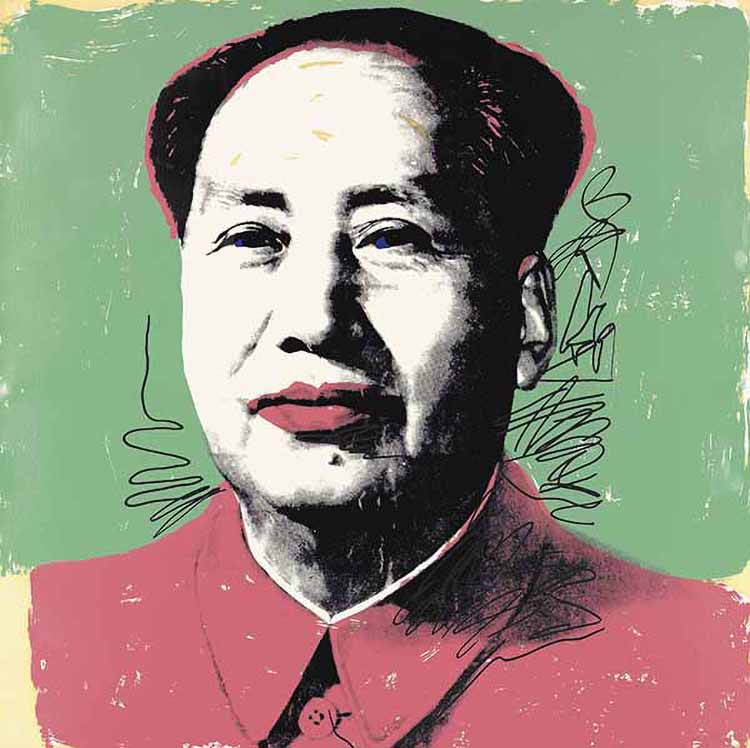 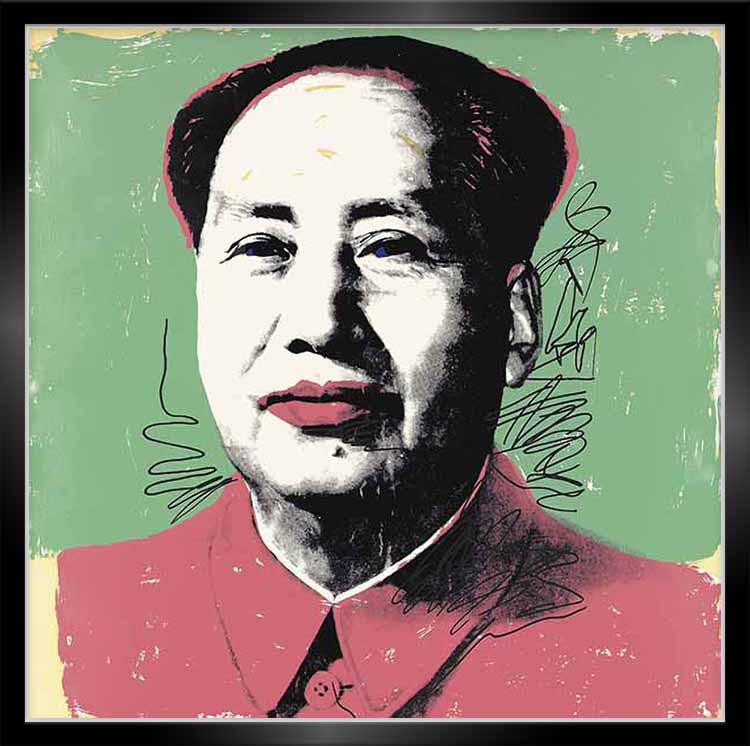 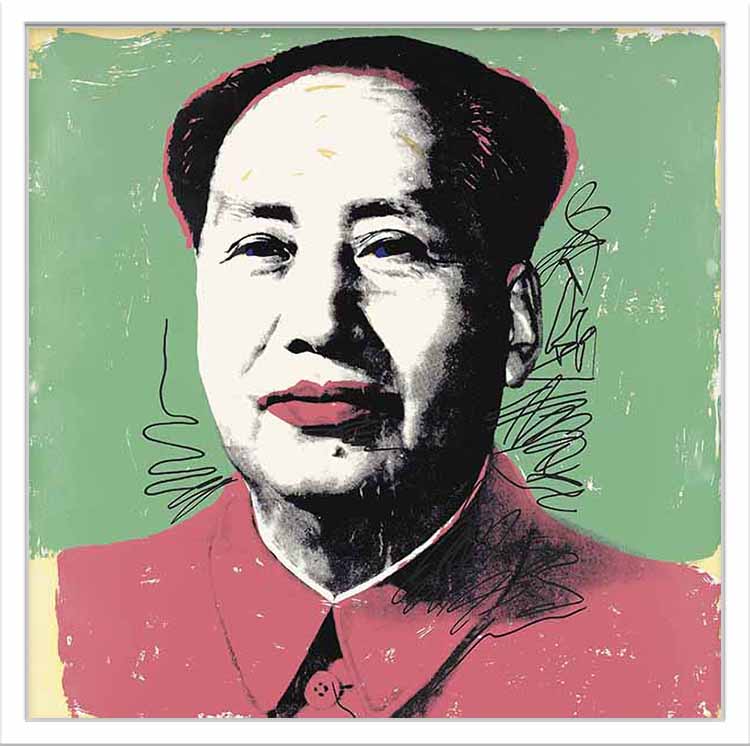 Andy Warhol’s Mao 95 (1972) is an unnerving take on the political leader’s image. Mao is made to look almost sickly, his skin ghostly and his lips a dusty rose color. The background is imperfect, and a weathered effect is created through the visibility of the white paper behind the ink in multiple places. The whites of Mao’s eyes have been replaced with a navy blue, and they are entirely dark and piercing. Warhol’s Mao 95 portrays the Chinese leader in an unsettling manner, and it is one of the more disquieting versions of the Mao iconography in Andy Warhol’s Mao screenprint portfolio.

Created in 1972, Andy Warhol’s Mao 95 is a color screenprint on Lenox Museum Board and is hand signed in ballpoint pen on verso. It is a unique work of an edition of 250, published by Castelli Graphics and Multiples, Inc., New York and printed by Styria Studio, Inc., New York.

Andy Warhol, Mao 95, from Mao screenprint portfolio is fully documented and referenced in the below catalogue raisonnés and texts (copies will be enclosed as added documentation with the invoices that will accompany the sale of the work).