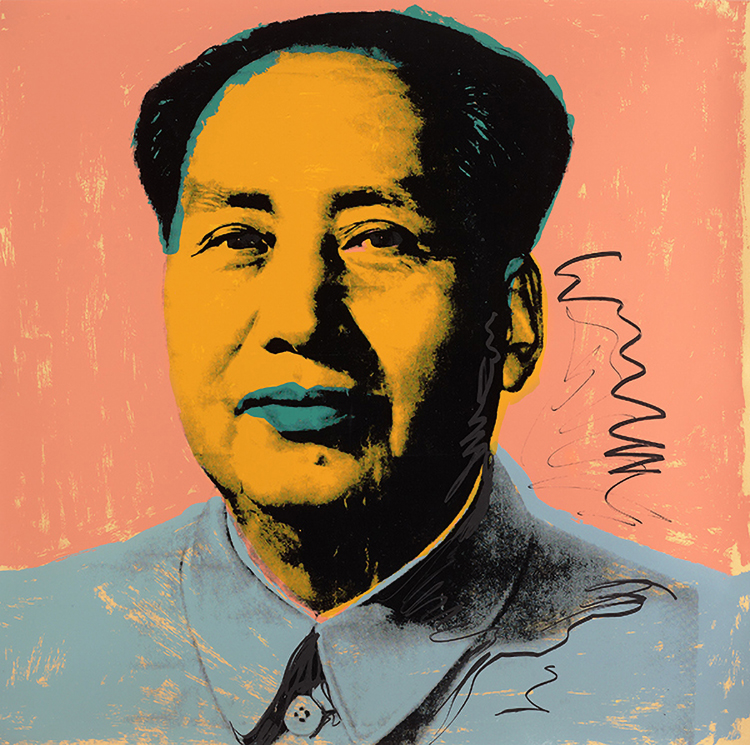 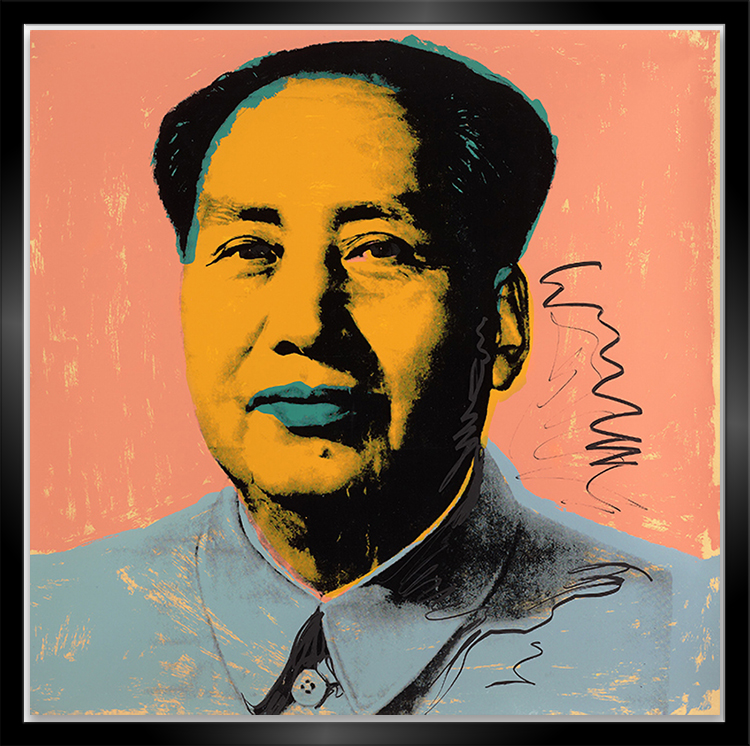 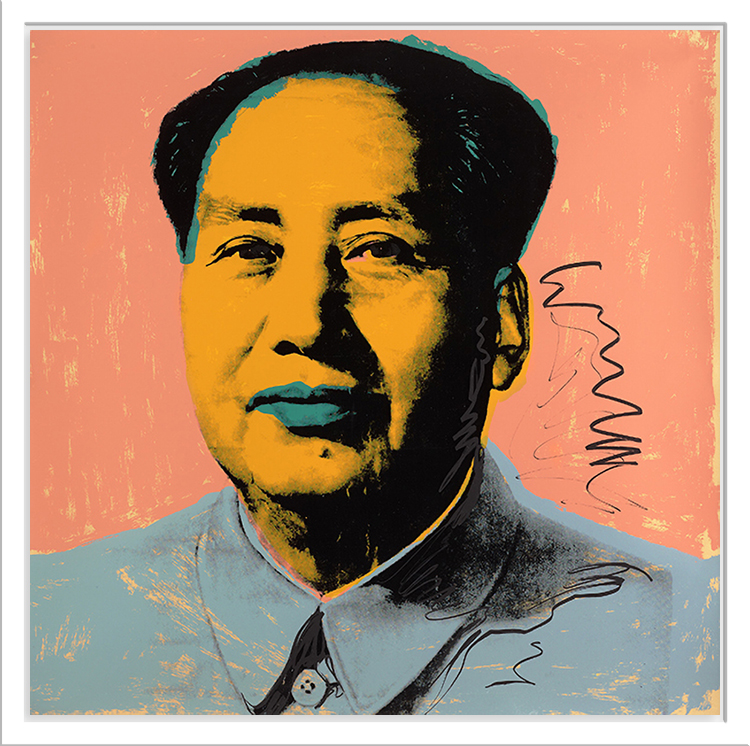 Andy Warhol’s Mao 92 (1972) depicts the leader using peculiar coloring. The use of golden yellow for the leader’s skin creates a stunning contrast with the use of black shadows to define his facial features. The yellow is the most saturated color, which allows it to dominate the work. The weathered blue used for his lips and shirt is balanced by the use of peach in the background, which adds a delicate warmth. The play between the bold hue of Mao’s face and his relatively understated surroundings in Warhol’s Mao 92, part of Andy Warhol’s renowned Mao portfolio, creates an effect of unease as the viewer gazes upon an unfamiliar version of a well-known face.

Created in 1972, Andy Warhol’s Mao 92 is a color screenprint on Lenox Museum Board and is hand signed in ballpoint pen on verso. It is a unique work of an edition of 250, published by Castelli Graphics and Multiples, Inc., New York and printed by Styria Studio, Inc., New York.

Andy Warhol, Mao 92, from Mao screenprint portfolio is fully documented and referenced in the below catalogue raisonnés and texts (copies will be enclosed as added documentation with the invoices that will accompany the sale of the work).