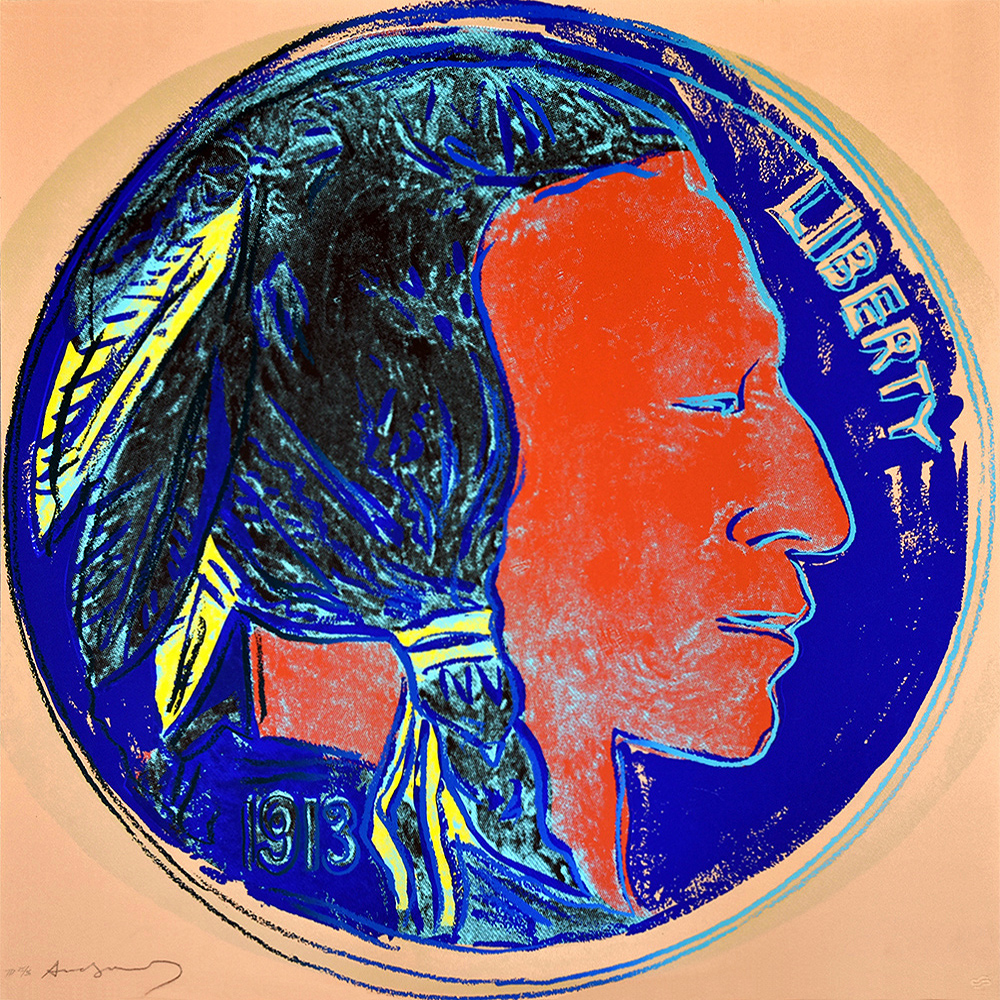 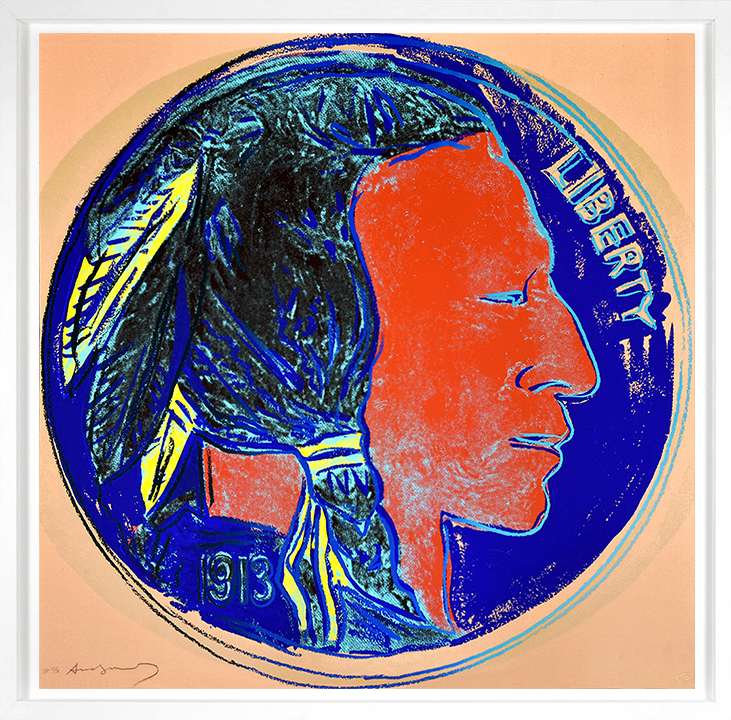 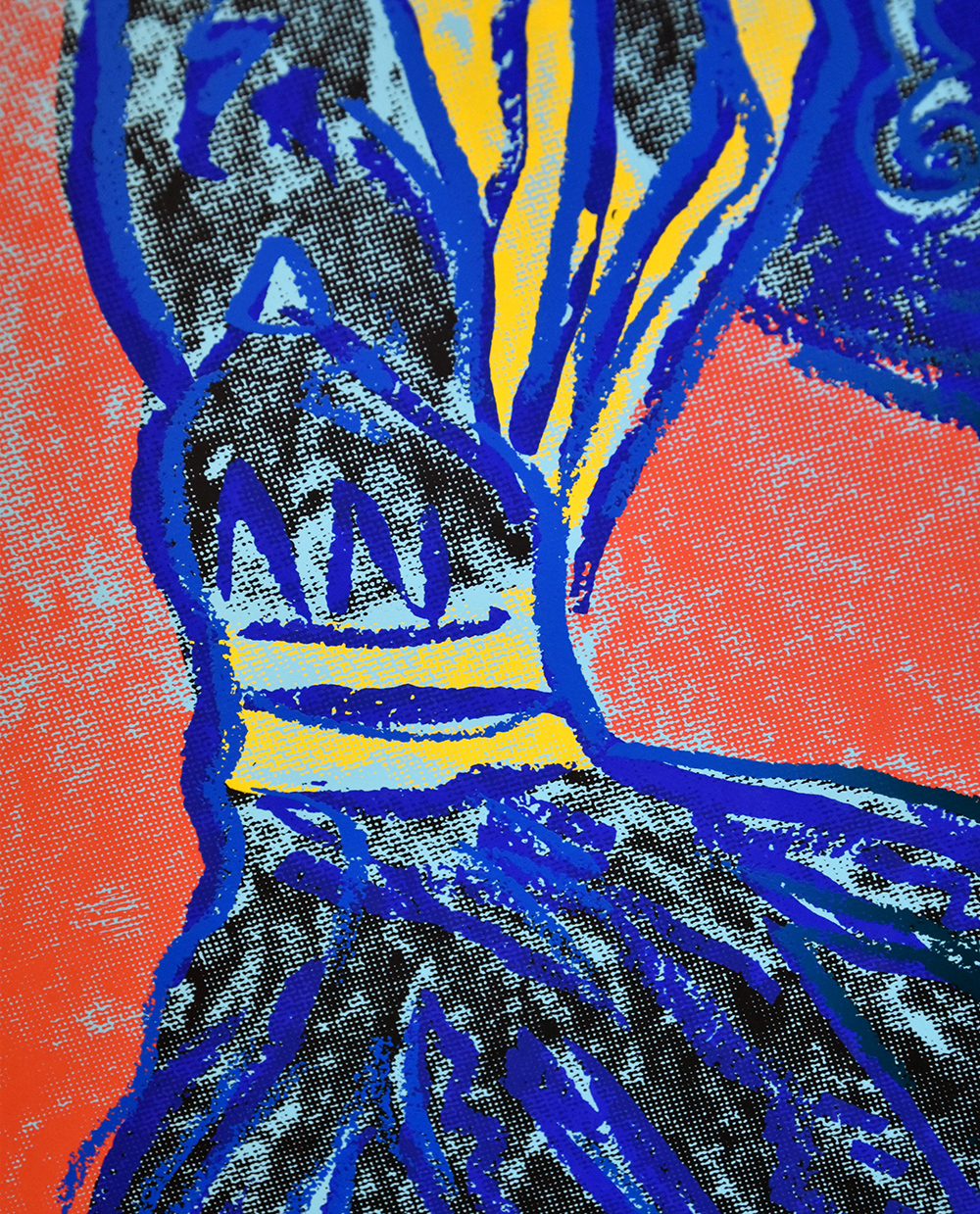 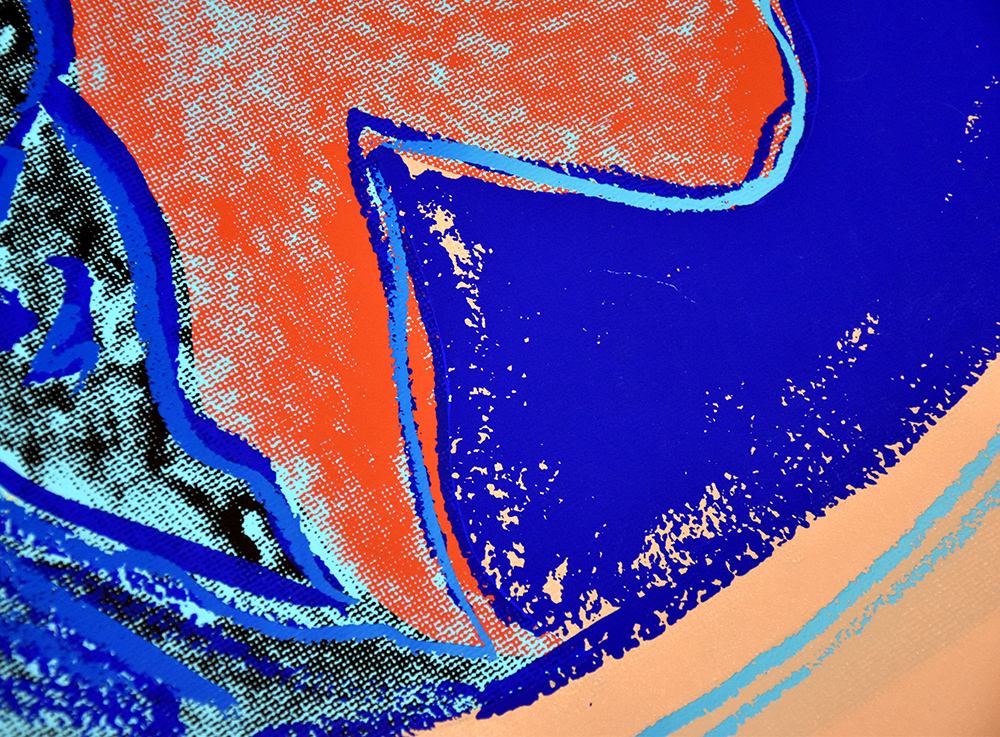 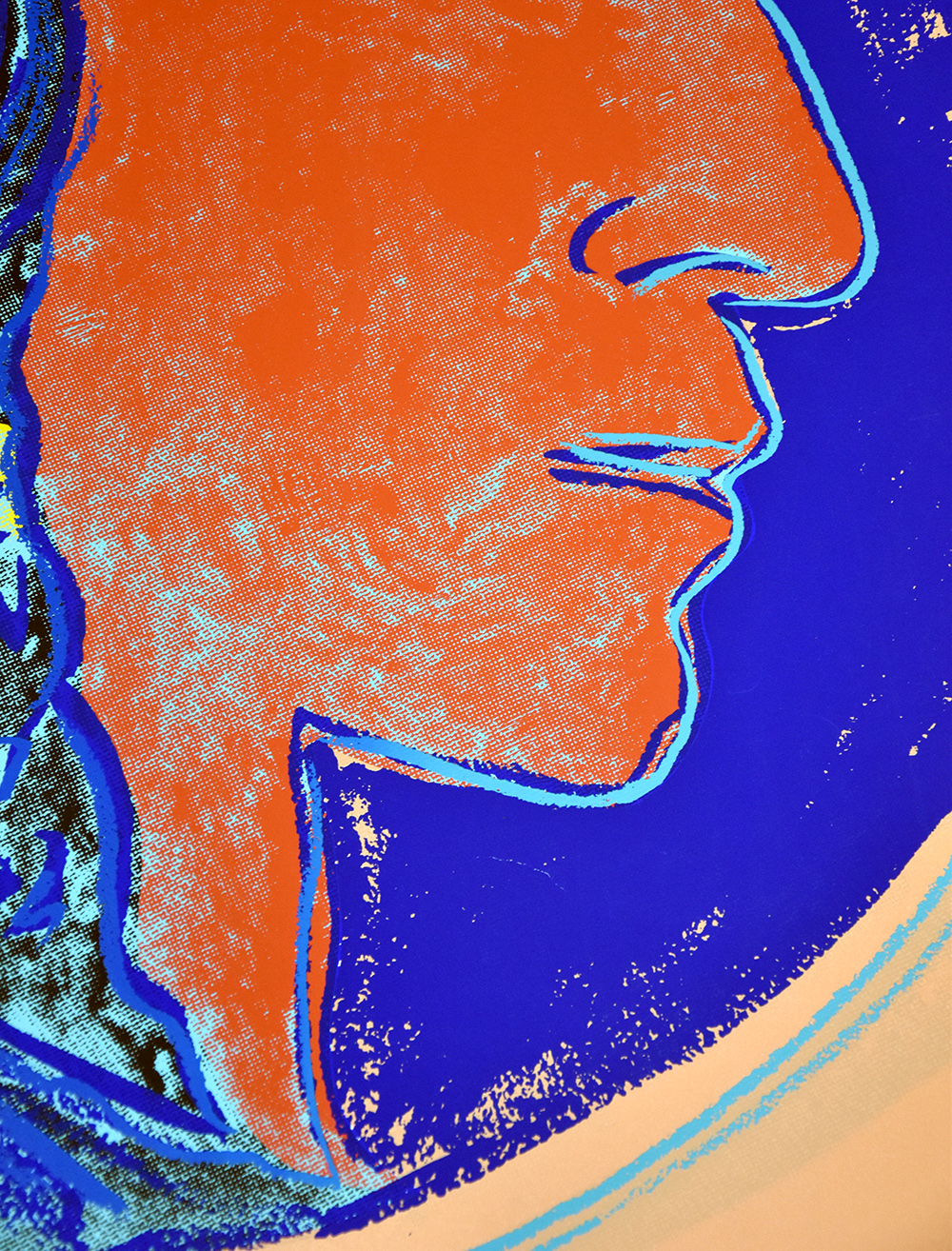 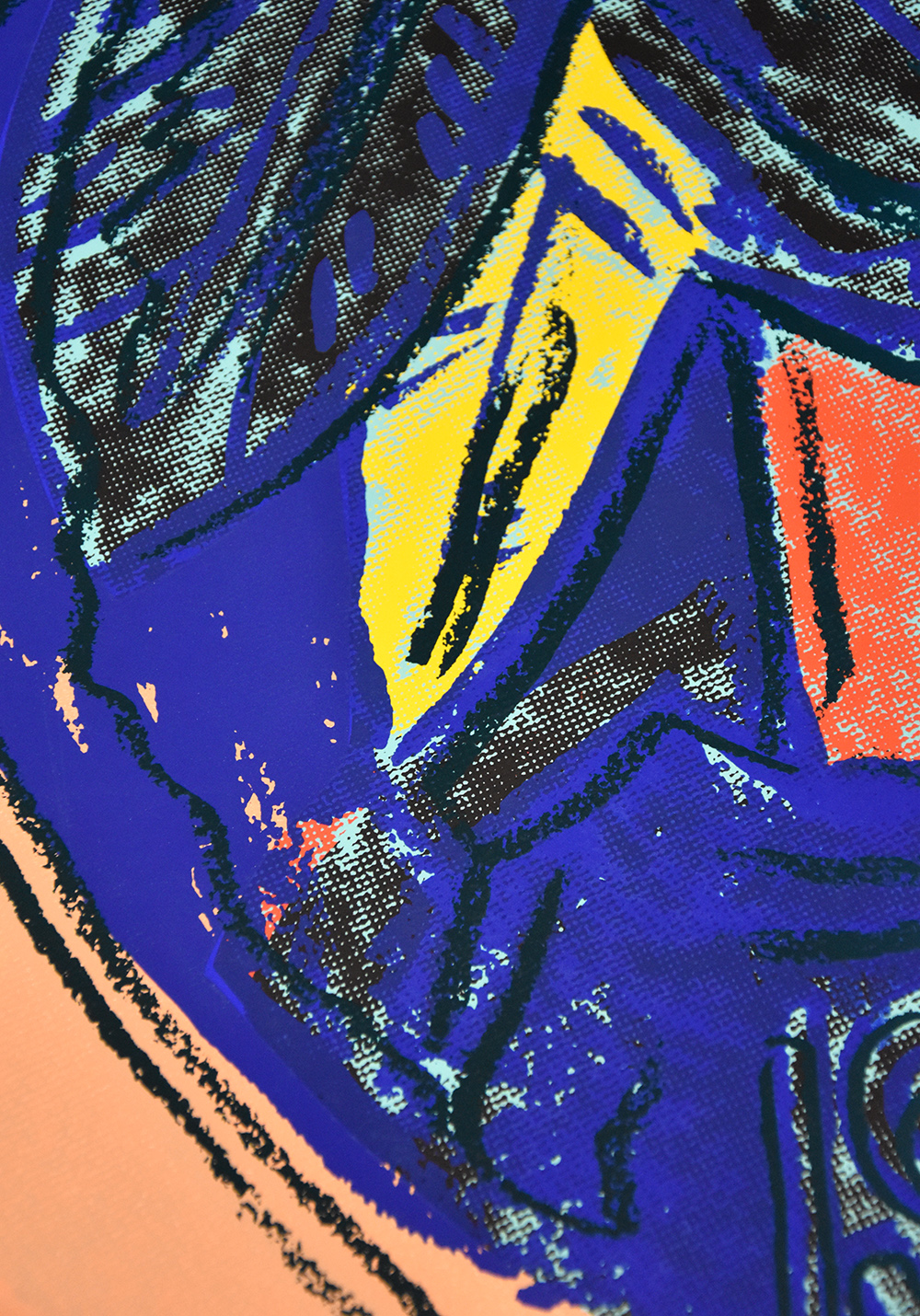 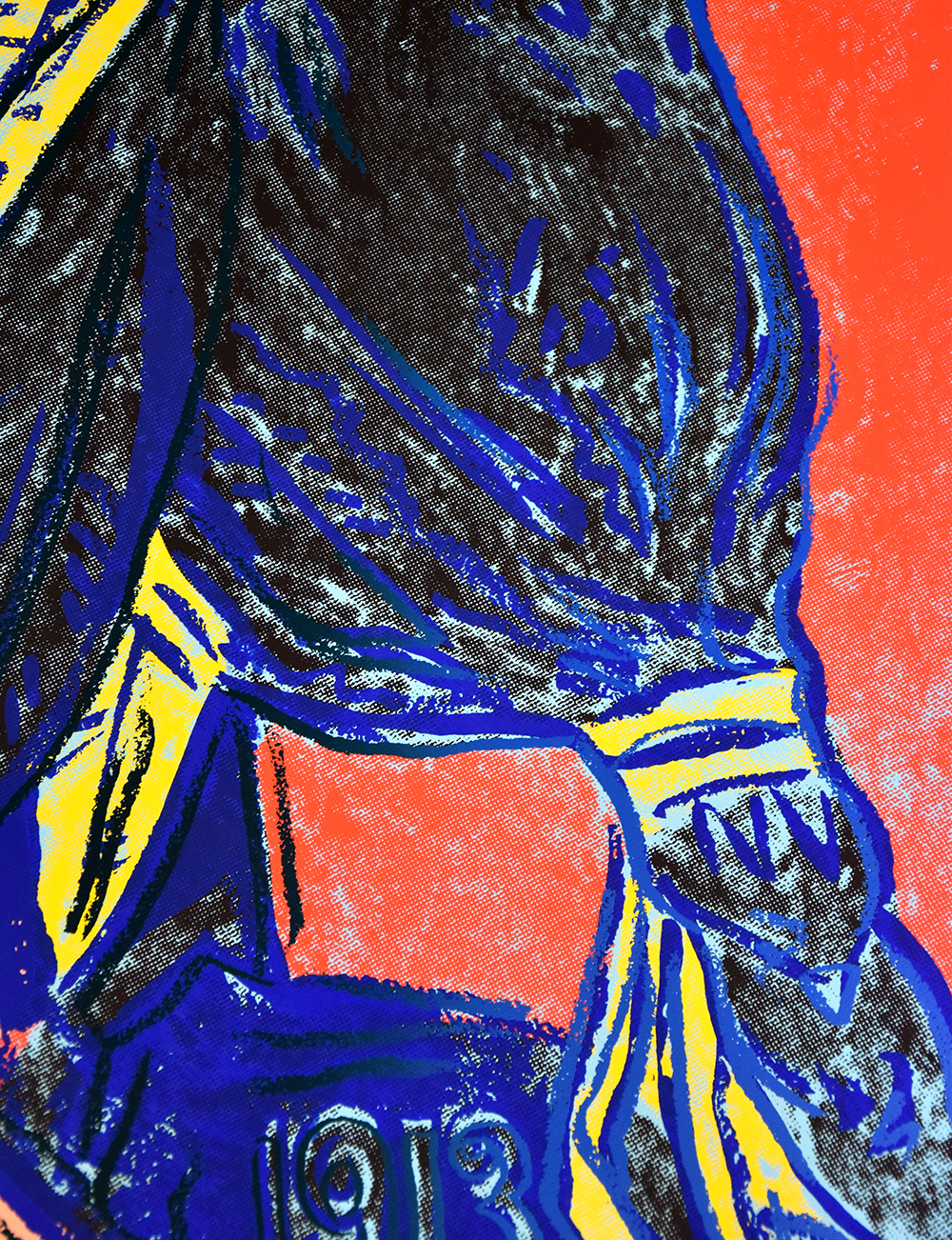 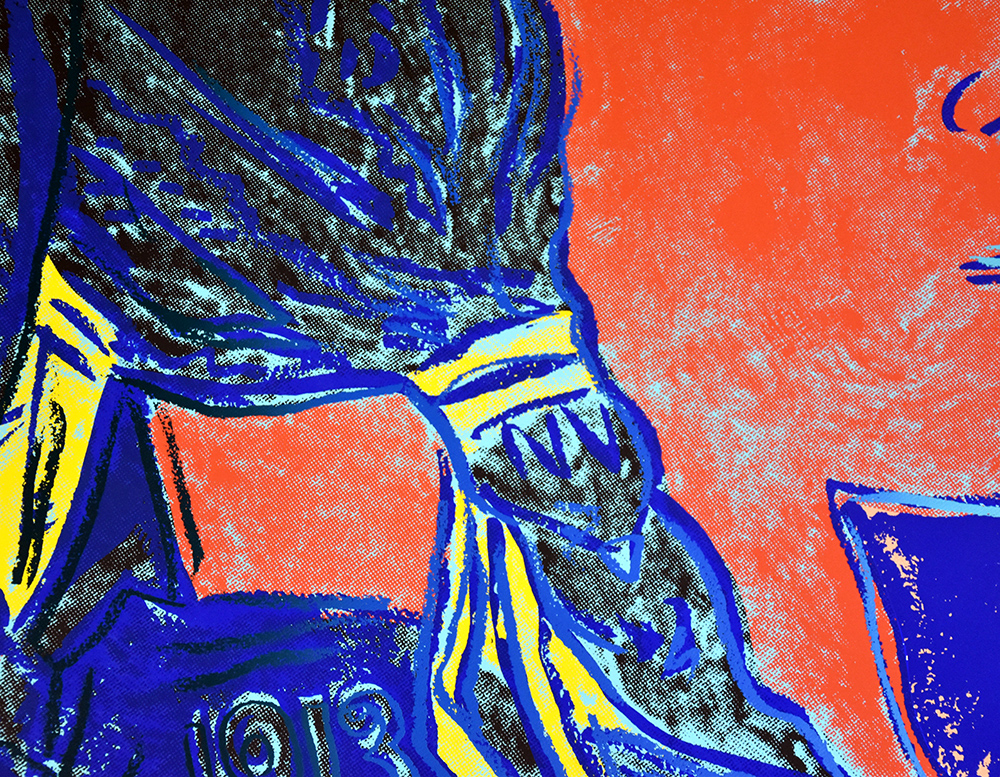 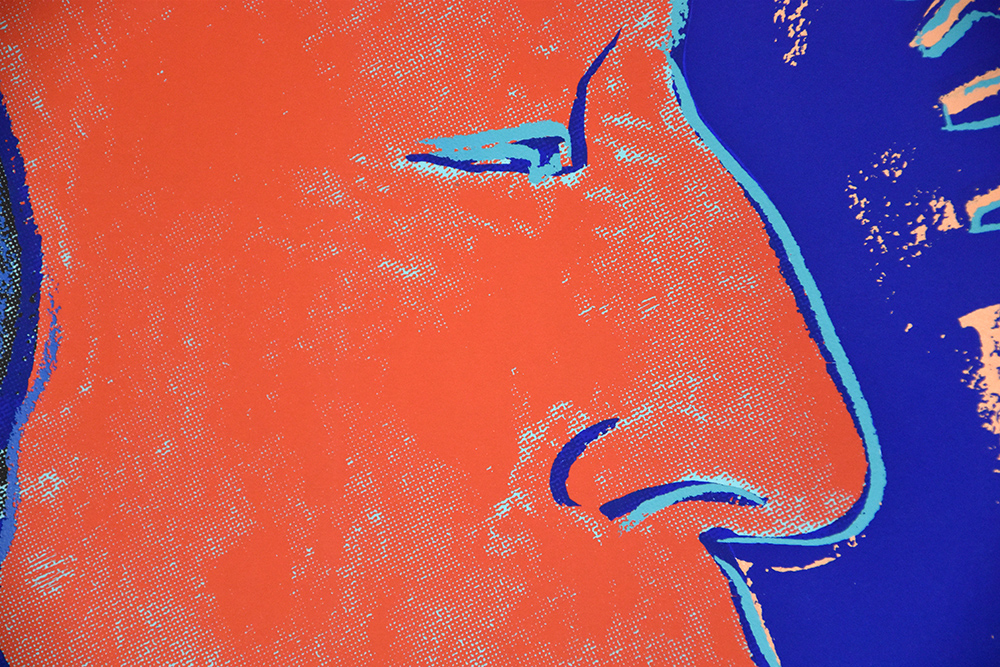 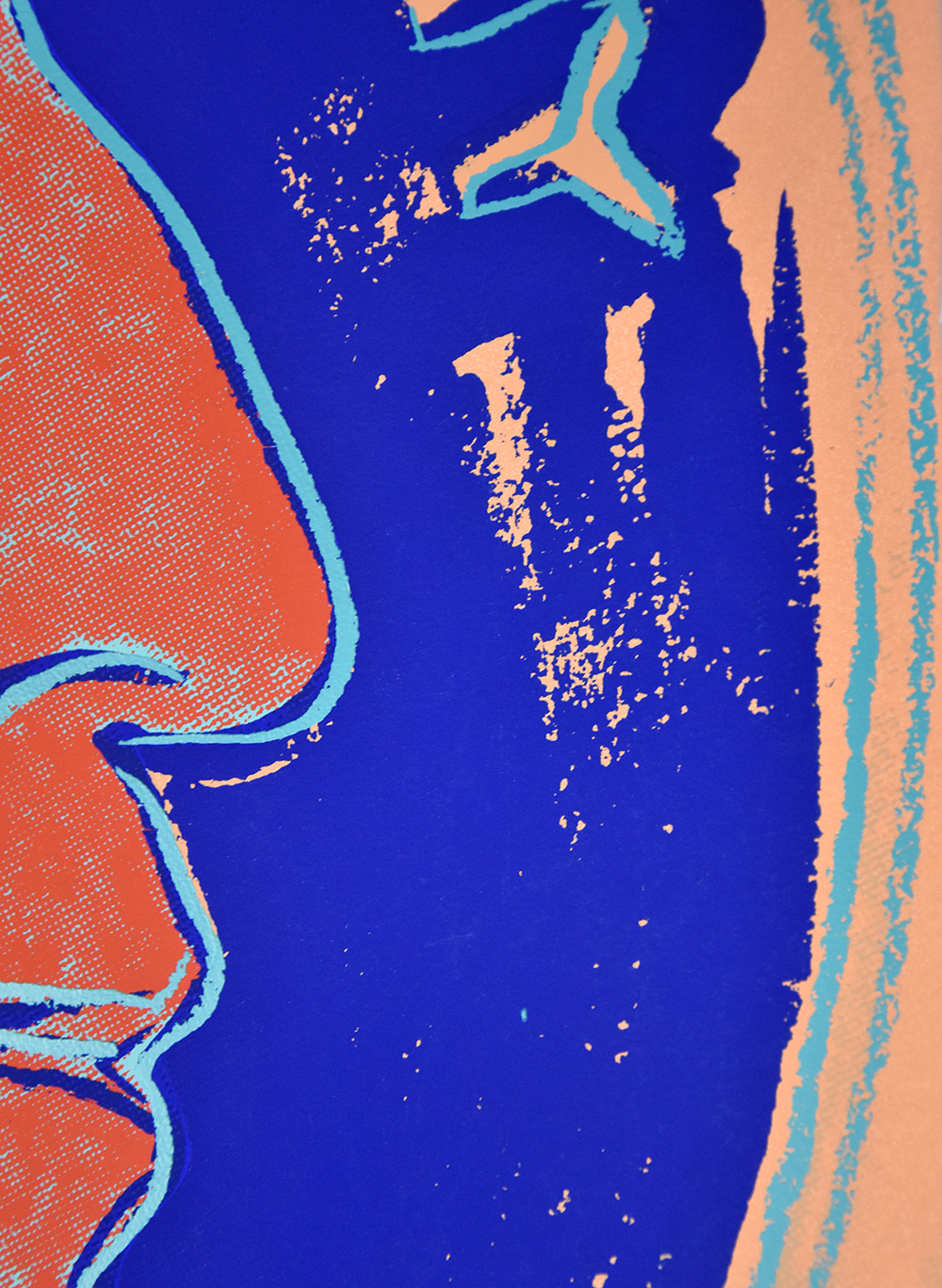 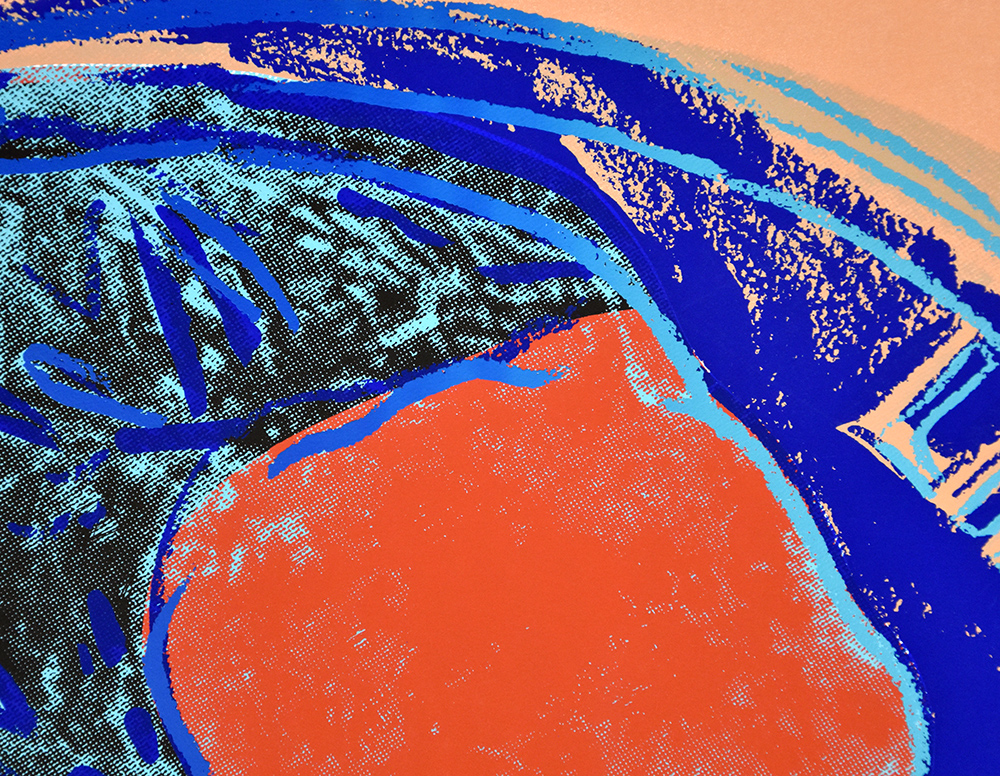 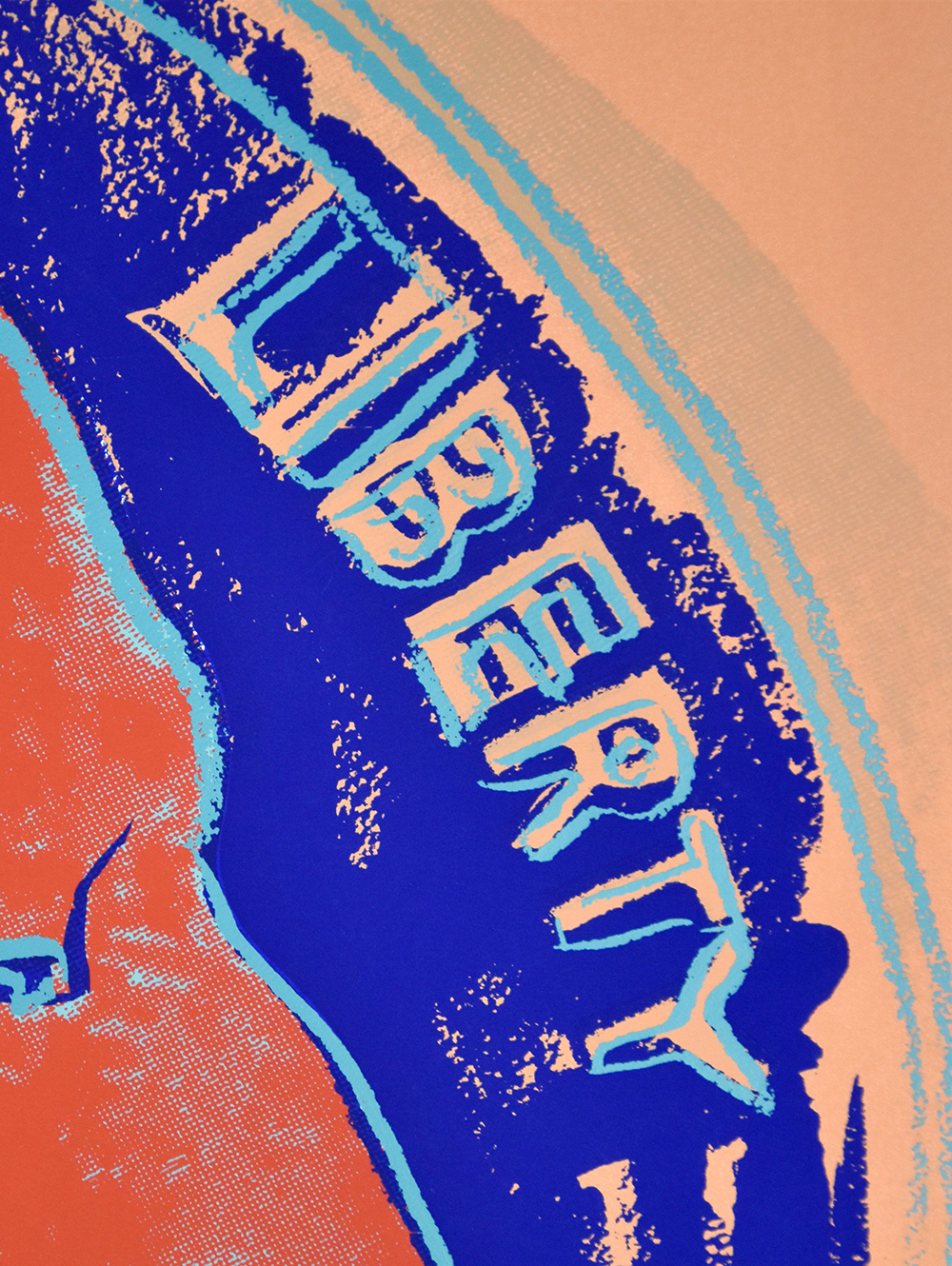 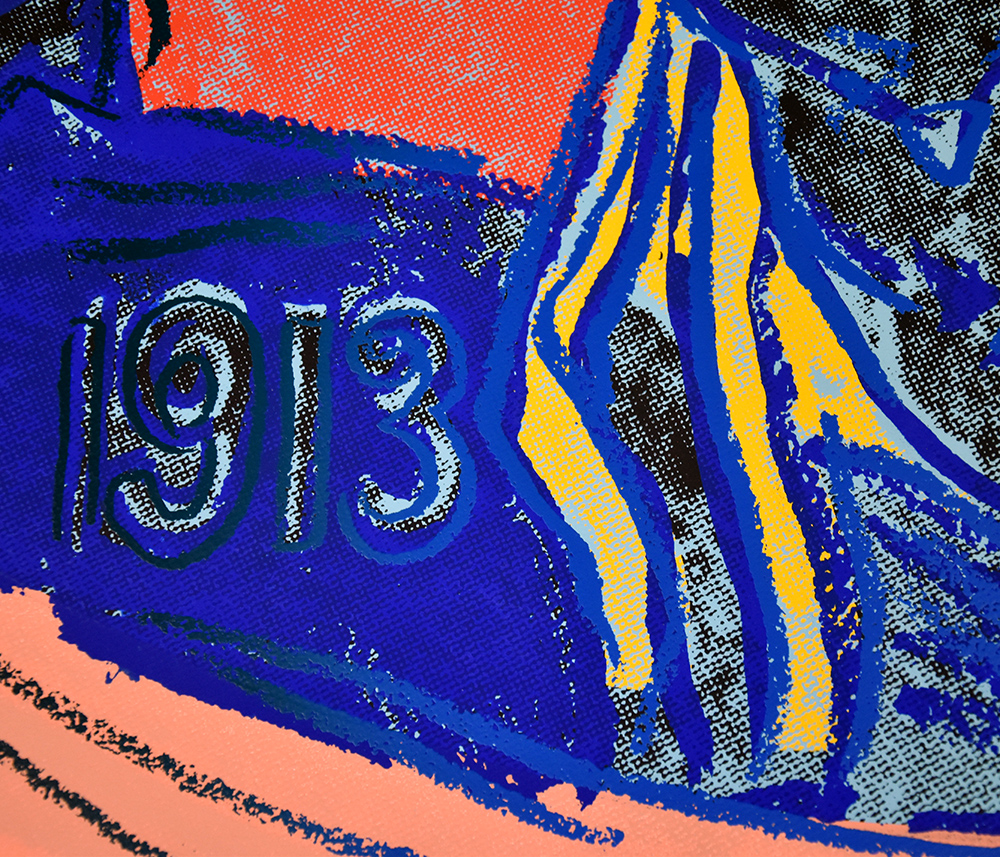 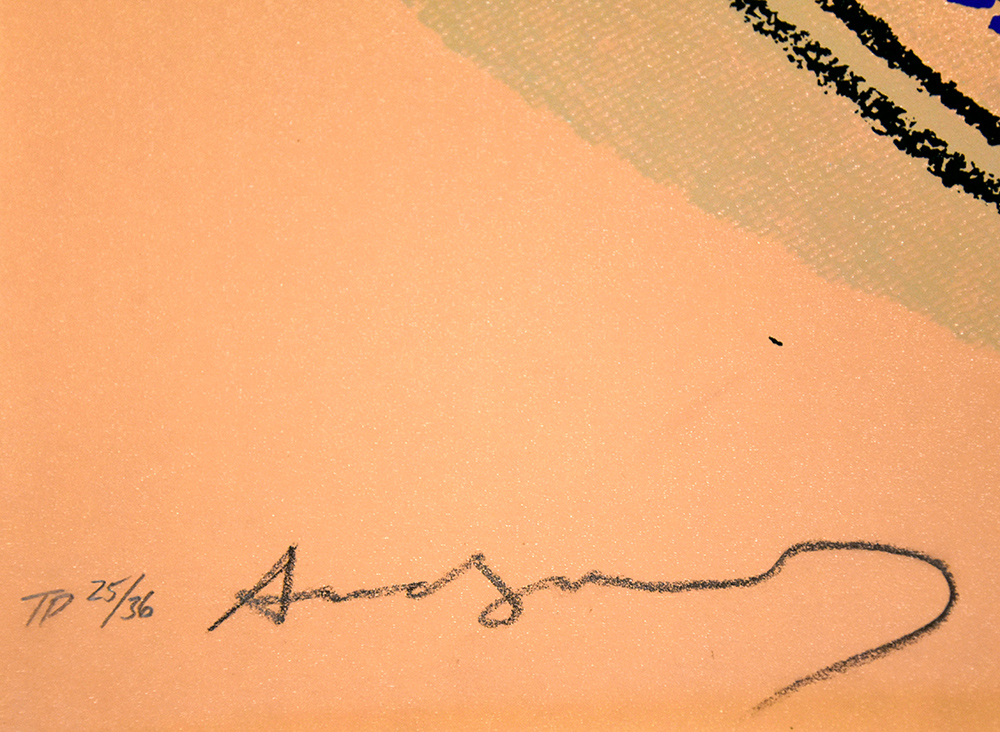 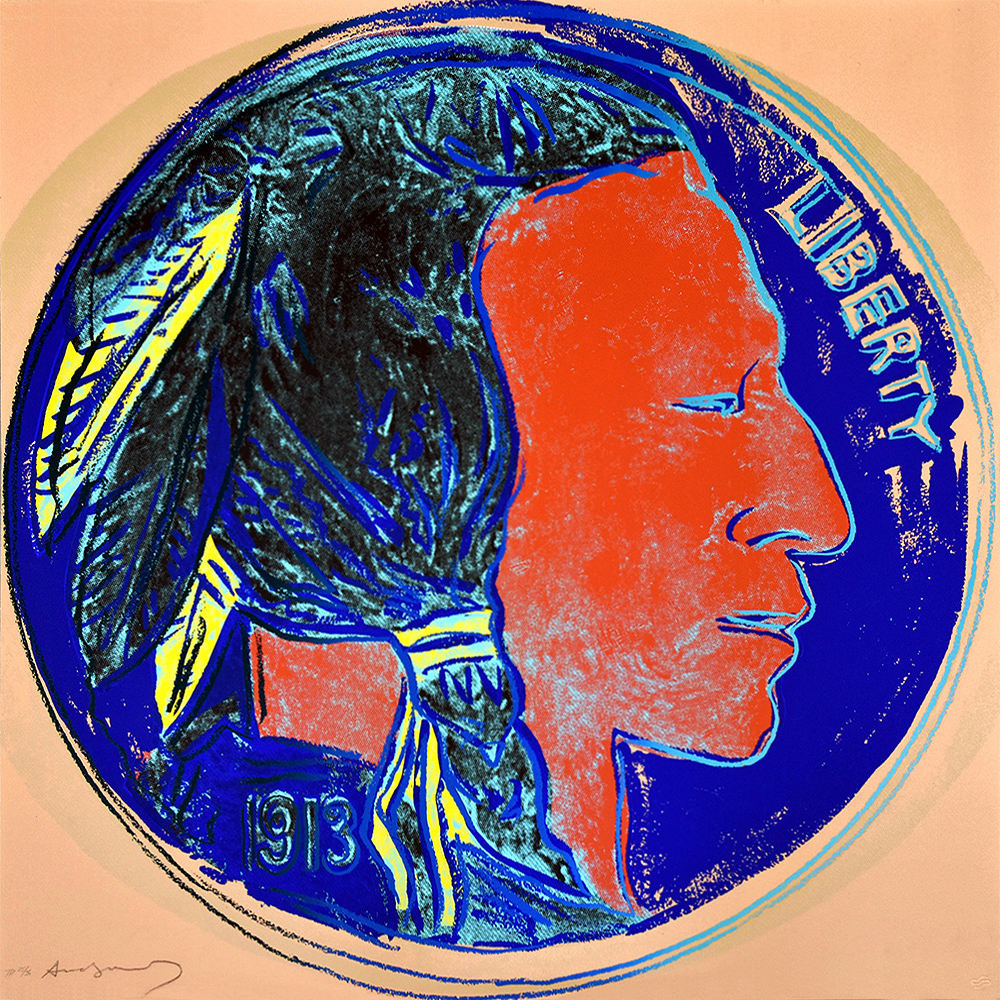 Andy Warhol Indian Head Nickel, 1986 depicts one side of the five-cent piece designed by James Earle Fraser distributed between 1913 and 1938. The side of the coin shown portrays the profile of a Native American man. The coin is comprised of hues in blues, red and yellow. Details that would have been embossed on the original coin, such as the man’s facial features and the word “LIBERTY,” are outlined in bright blue, raising them to the forefront of the image.

Created in 1986, this color screenprint on Lenox Museum Board is hand signed in the lower left corner in pencil. It is a unique work of an edition of 36, aside from the numbered edition of 250, published by Gaultney, Klineman Art Inc., New York and printed by Rupert Jason Smith, New York.