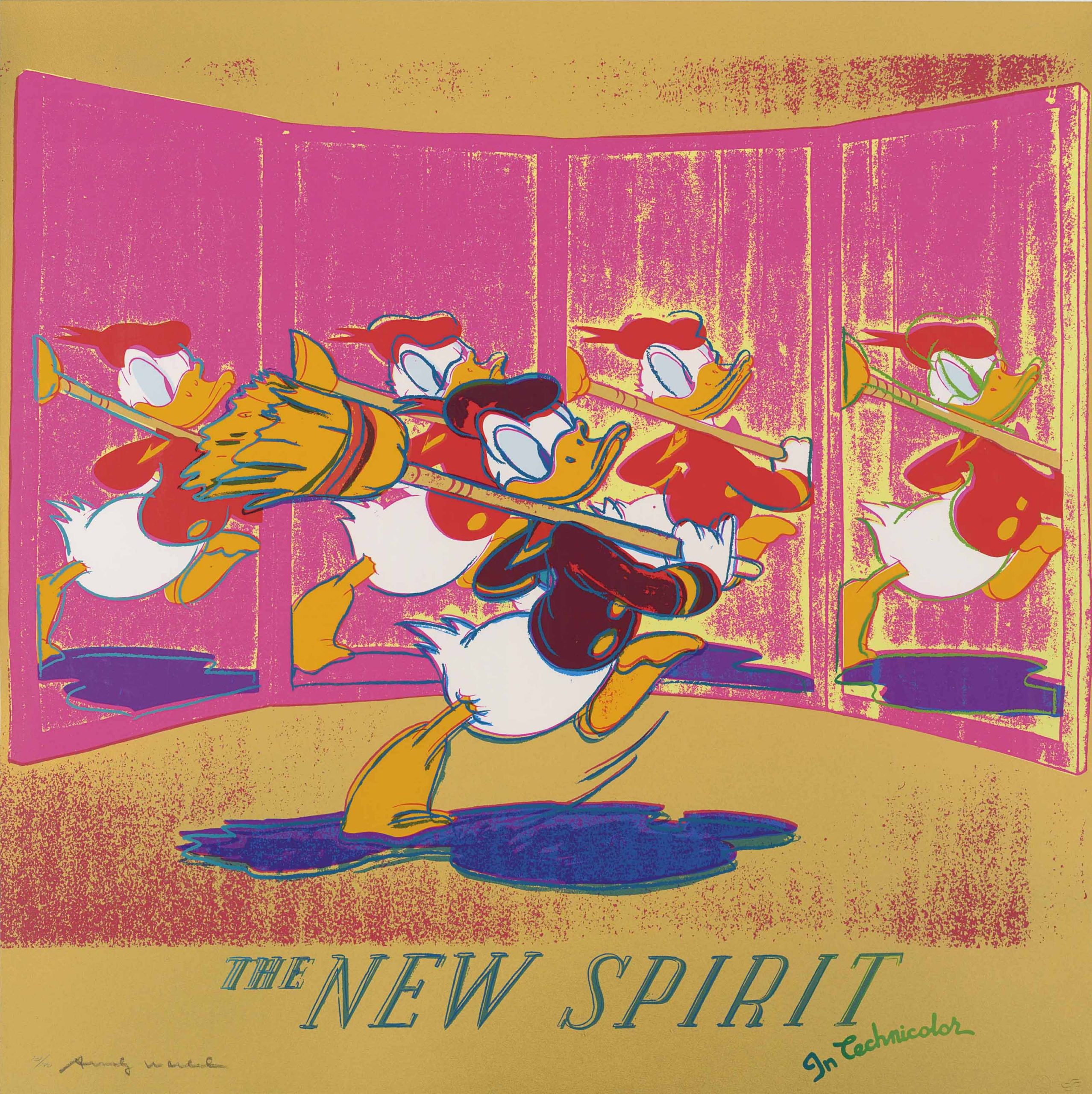 Andy Warhol, The New Spirit, 1985 from Ads Series features the Disney character Donald Duck from a still of a Disney short film about war propaganda. With his early artistic background in commercial art, Warhol was fascinated with advertisements and their influence on American pop culture throughout his life. In 1985, Warhol created his Ads Series, a series of works centered around popular ads of the time. Chanel’s No. 5 perfume bottle, Volkswagen’s Beetle, Paramount’s mountain logo, Life Savers’ ad and Macintosh’s Apple were all featured in the portfolio along with a few others. Warhol constantly blurred the line between commercial art and fine art, and he challenged Americans’ ideas around the definition of art itself. This print is an excellent example of this facet of Warhol’s career. Donald Duck is one of the most famous Disney characters, aside from Mickey Mouse himself. Disney embodies the American entertainment industry and consumerism. This work shows a scene from a Disney short about encouraging the public to pay incomes taxes without complaint. Warhol often commented on the power mass media has in American society and this is a perfect example of the government using it for their own purposes.

Created in 1985, Andy Warhol, Van Heusen from Ads Series is a screenprint on Lenox Museum Board. This work is hand-signed by Andy Warhol and numbered from the edition of 190 in pencil in the lower right image.

Catalogue Raisonné & COA:
Andy Warhol, Van Heusen, 1985 from the Ads Series is fully documented and referenced in the below catalogue raisonnés and texts (copies will be enclosed as added documentation with the invoices that will accompany the sale of the work).

About the Framing:
Framed to museum-grade, conservation standards, Andy Warhol, Van Heusen, 1985 from the Ads Series is presented in a complementary moulding and finished with silk-wrapped mats and optical grade Plexiglas.