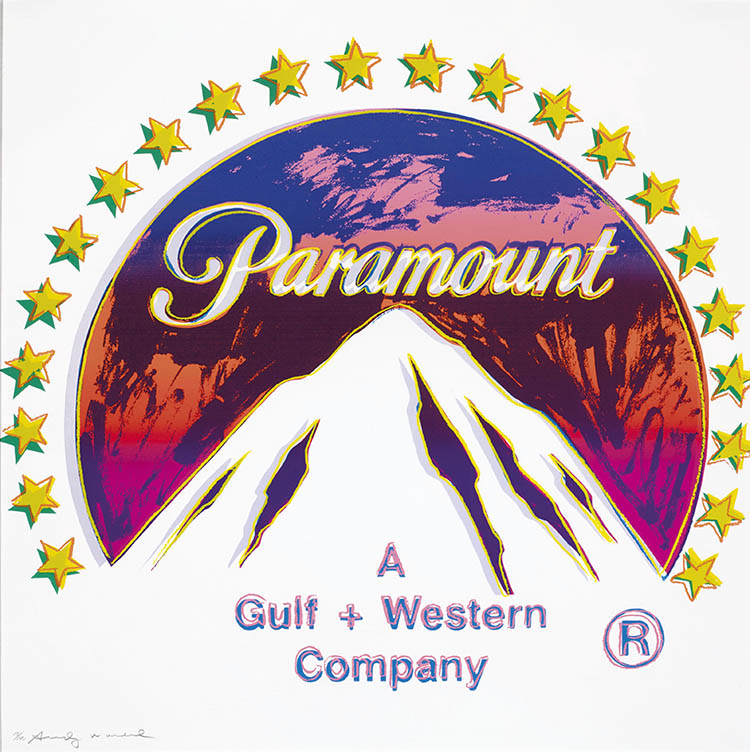 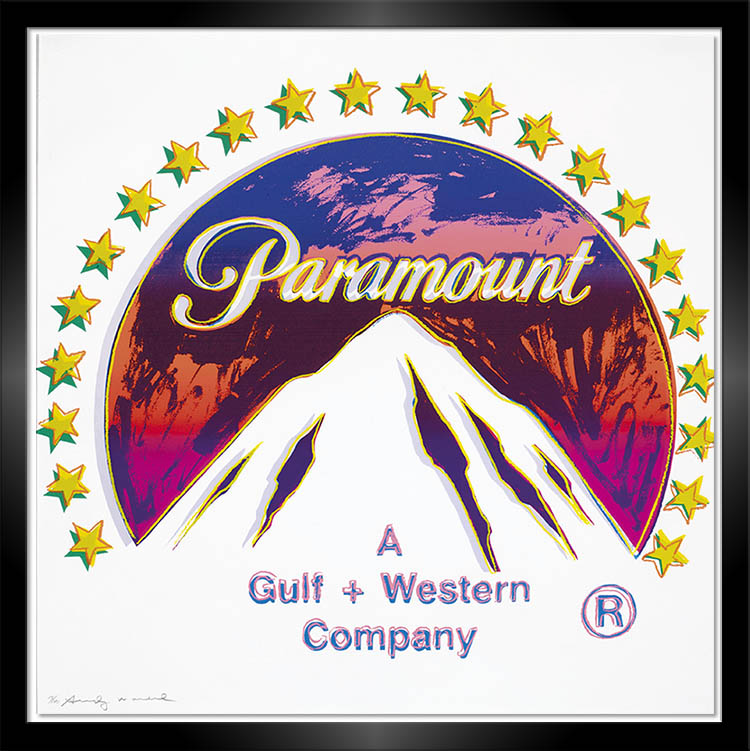 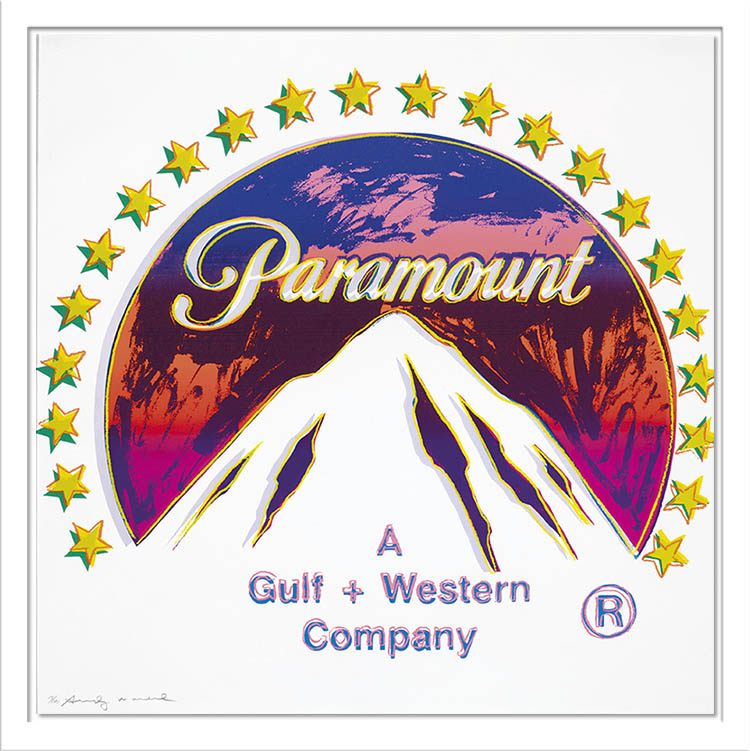 Andy Warhol’s Paramount (1985) turns the instantly recognizable film company logo into a stunning work of Pop Art. Paramount’s is the oldest surviving Hollywood film logo, and it appears before every film the company creates. Warhol’s Paramount mimics the animated logo’s movement by creating a three-dimensional quality that can be seen in the stars, words, and mountain. By layering forms and linework, these elements in Warhol’s Paramount seem to pop out at the viewer and the bright yellows, pinks, blues, and green pop against their white background. The recognizability of the Paramount logo even today is a testament to Warhol’s discerning eye for pop culture and Warhol’s Paramount is an undeniable example of the power of widespread consumer images.

Created in 1985, Andy Warhol’s Paramount is a color screenprint on Lenox Museum Board and is signed in pencil in the lower left. It is a unique work of an edition of 190, 50 AP, 30 PP, 5 EP, 10 HC, and 10 numbered in Roman numerals, published by Ronald Feldman Fine Arts, Inc., New York and printed by Rupert Jasen Smith, New York.

Andy Warhol, Paramount, from Ads (1985), is fully documented and referenced in the below catalogue raisonnés and texts (copies will be enclosed as added documentation with the invoices that will accompany the sale of the work).