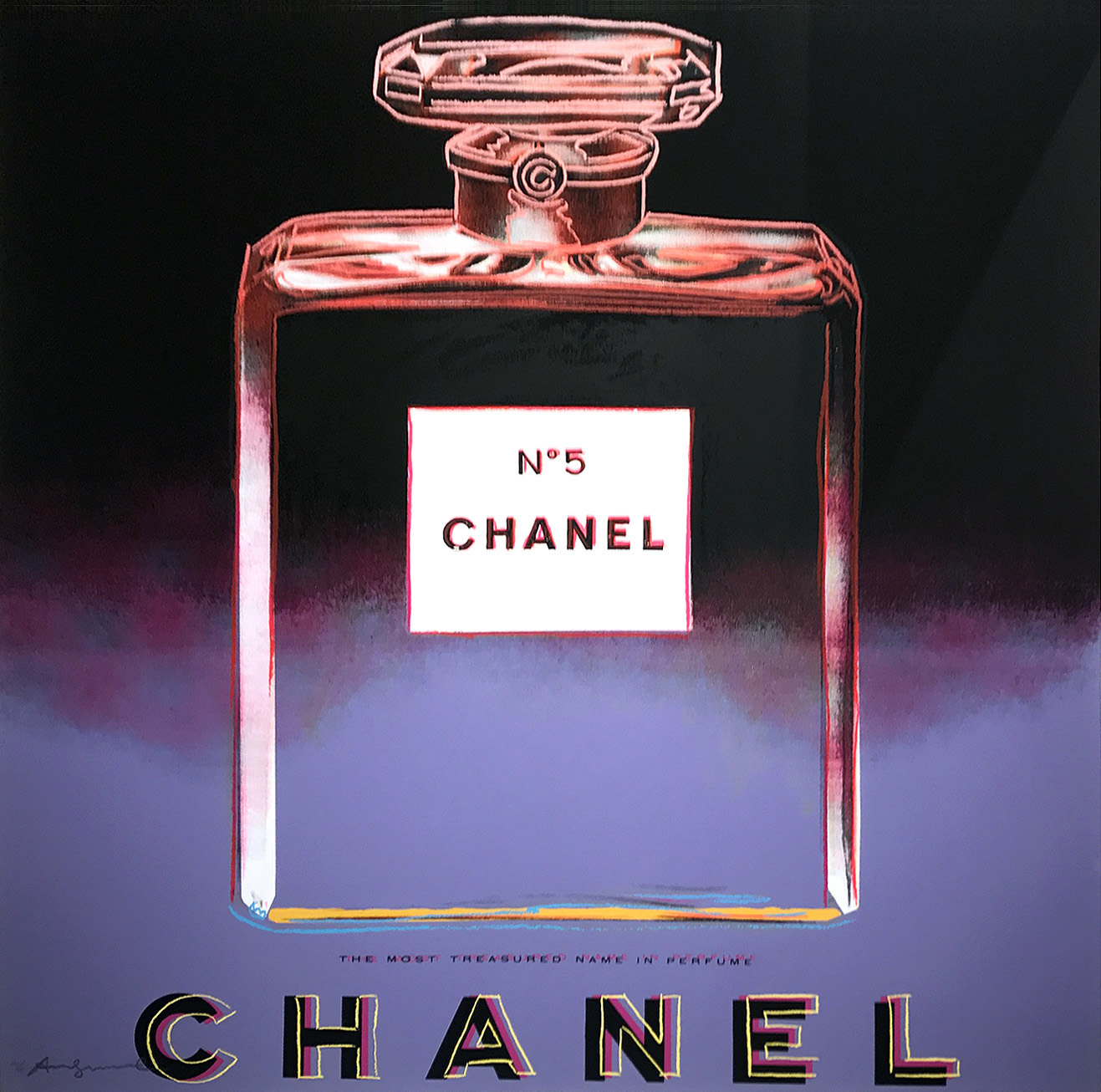 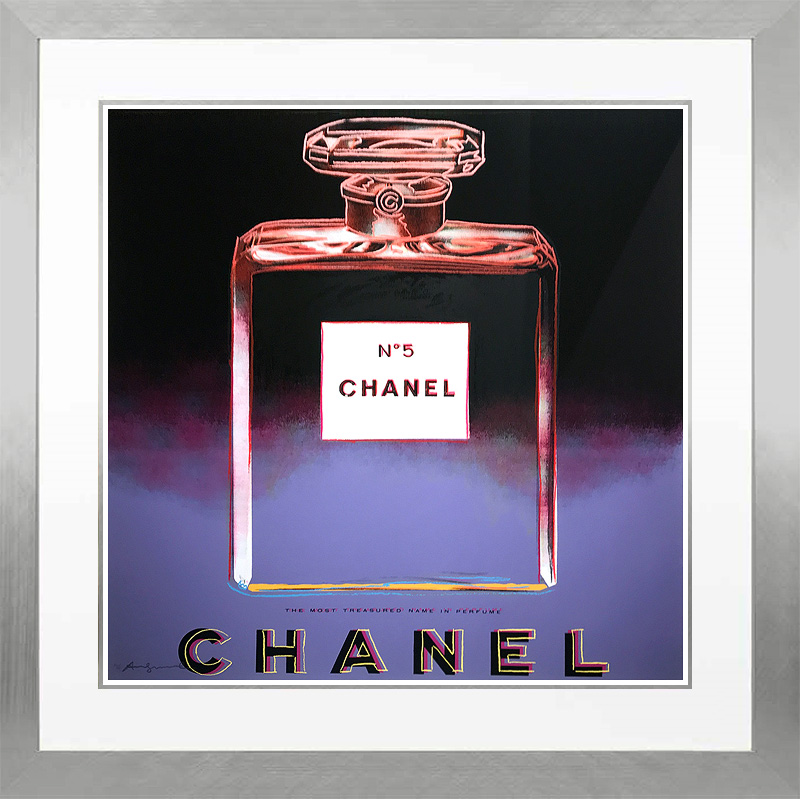 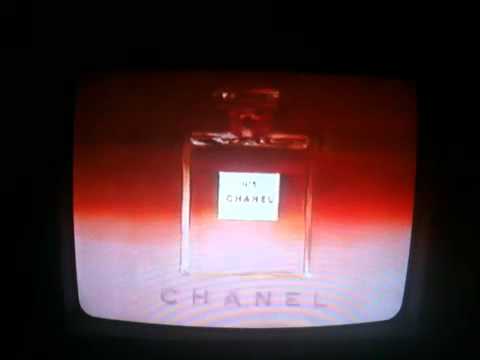 Andy Warhol Chanel no.5 from Ads Series 1985 is highly rare and remarkably sought after in the art market. A part of the “Ads” series, this work by Warhol is electrifying and depicts the pinnacle of his interest with American consumerism. The Chanel No. 5 perfume bottle stands alone amidst a dark, seductive background, in which the contours of the bottle stand out. It’s an exciting piece that symbolizes female glamour, compounded by the contrasting effects of color, lines, and composition. The structure of the perfume bottle is flowered by the seemingly echoing and resounding block letters that spell out “CHANEL.” Quintessential to Warhol as an illustrator, this piece embodies luxurious lifestyles and mass produced ready-made commercial products. Vintage yet contemporary; Trendy yet modest; Accessible yet obscure—are archetypal to the mastery and creative genius of who Andy Warhol was.

Catalogue Raisonné & COA:
Andy Warhol Chanel from Ads Series 1985 is fully documented and referenced in the below catalogue raisonnés and texts (copies will be enclosed as added documentation with the invoices that will accompany the sale of the work).

About the Framing:
Framed to museum-grade, conservation standards, Andy Warhol Chanel from Ads Series 1985 is presented in a complementary moulding and finished with silk-wrapped mats and optical grade Plexiglas.