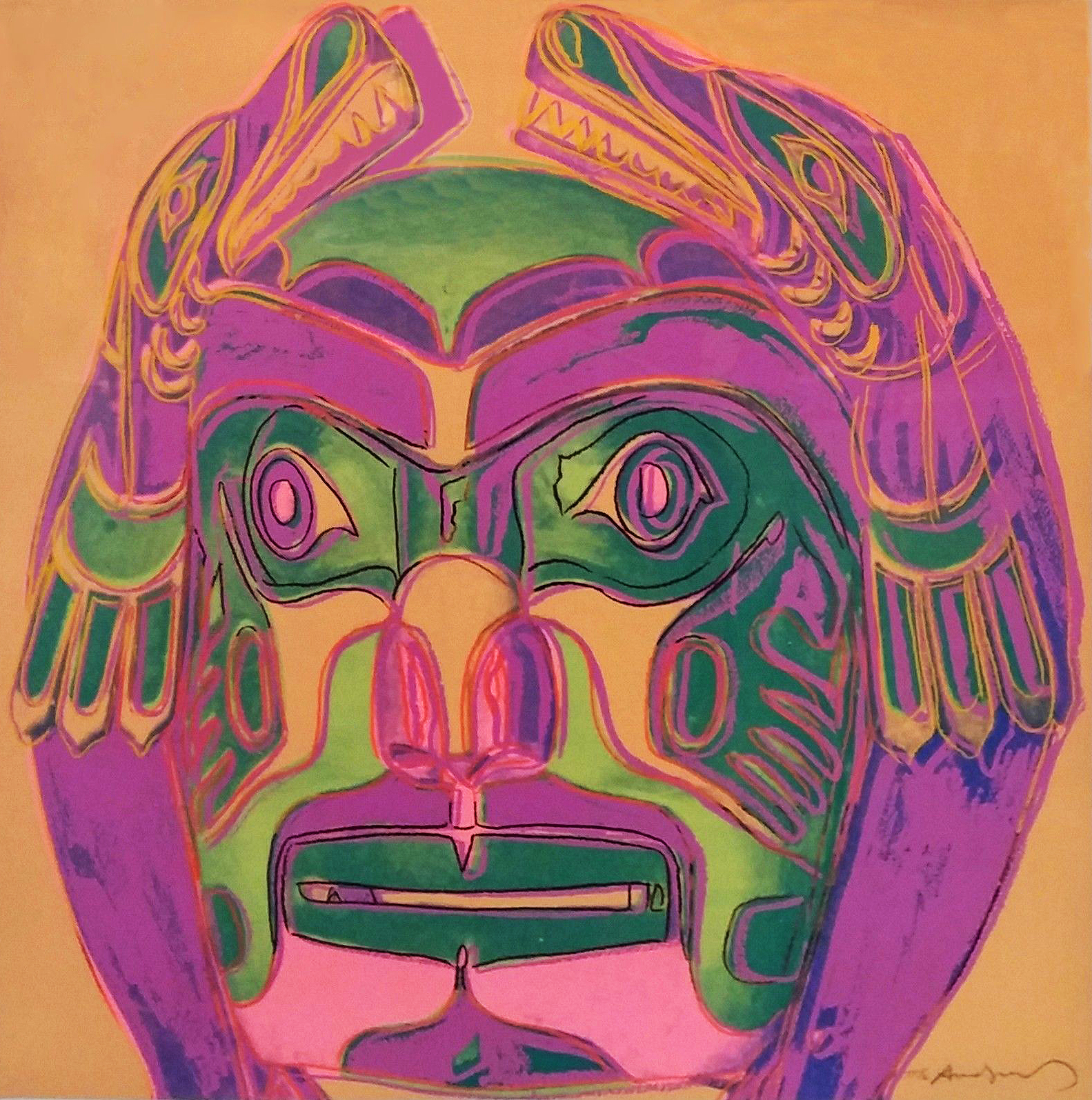 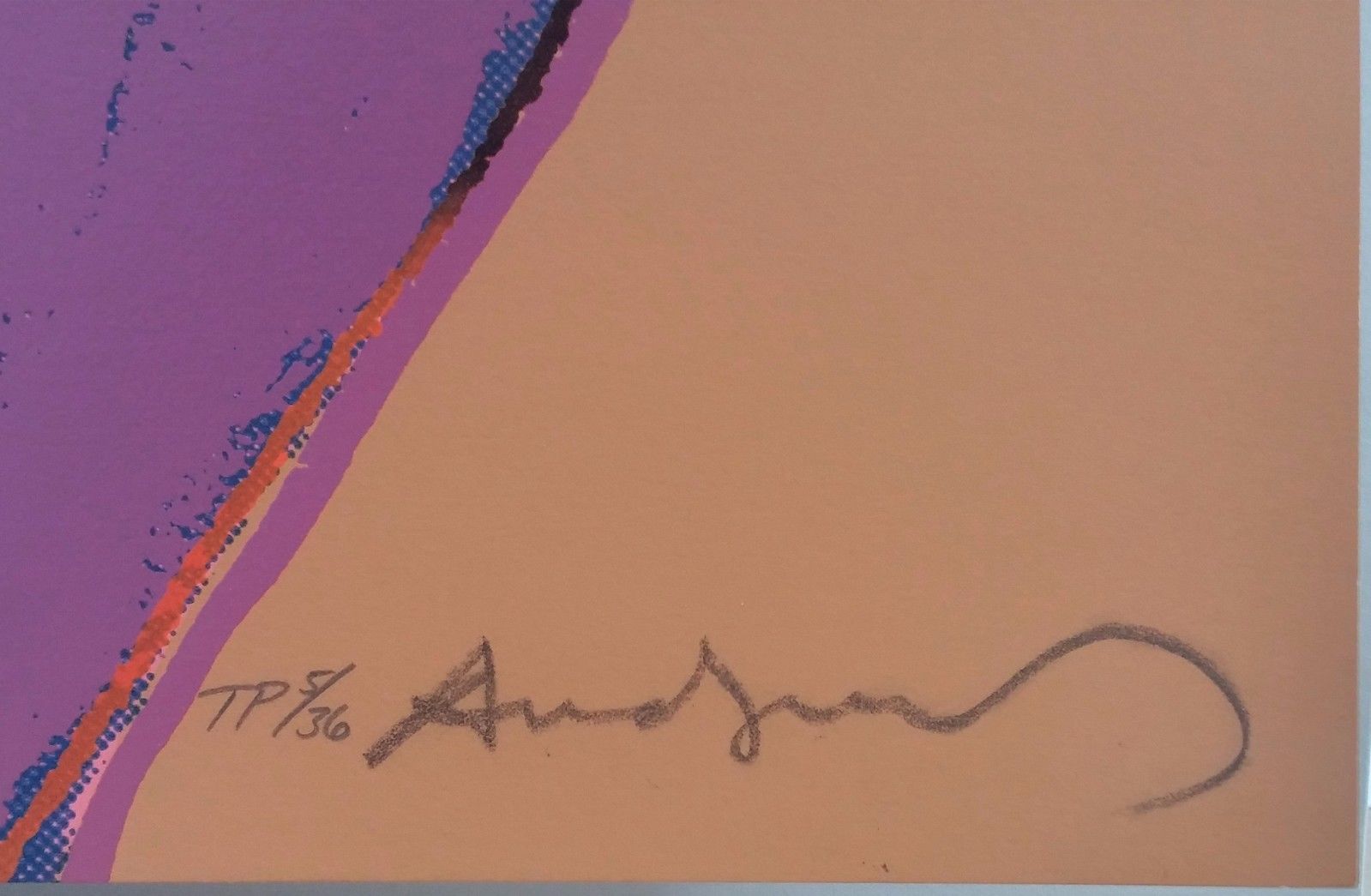 Featuring a unique color palette of beige, lilac, and lime green Andy Warhol Northwest Coast Mask from the Cowboys and Indians series, 1986 makes a direct impression on the viewer. The beautiful details of this tribal mask come to life from the serious face to the animals that join together above the head to form a crowning shape. Warhol’s famous Cowboys and Indians series took famous imagery from the American West and brightly colorized it, like he did with other images from advertising and pop culture. Part of this series included taking Native American stereotypes and placing them next to portraits of American Western ‘heroes’ such as Annie Oakley and John Wayne. By doing so, Warhol challenges popular ideas about the American West and stereotypes that were held at the time.

Created in 1986, this screenprint in colors on Lenox Museum Board is hand signed by Andy Warhol (Pennsylvania, 1928 - New York, 1987) in pencil in the lower right. Unique trial proof, out of the total edition of 36 trial proofs. Each one in the series is unique color variant and this work is numbered TP  18/36 in pencil to the left of the signature in the lower left corner of the sheet.  Aside from the edition of 250; this work is published by Gaultney-Klineman Art Inc., New York and printed Rupert Jasen Smith, New York.

Andy Warhol Northwest Coast Mask from the Cowboys and Indians series, 1986 is fully documented and referenced in the below catalogue raisonnés and texts (copies will be enclosed as added documentation with the invoices that will accompany the sale of the work).

1. Feldman, Frayda and Jörg Schellmann. A Catalogue Raisonne;. 4th ed. Other variants are listed and illustrated as catalogue raisonné IIB.380 on pg. 206.

Framed to museum-grade, conservation standards, Andy Warhol Northwest Coast Mask from the Cowboys and Indians series, 1986 is presented in a complementary moulding and finished with silk-wrapped mats and optical grade Plexiglas.