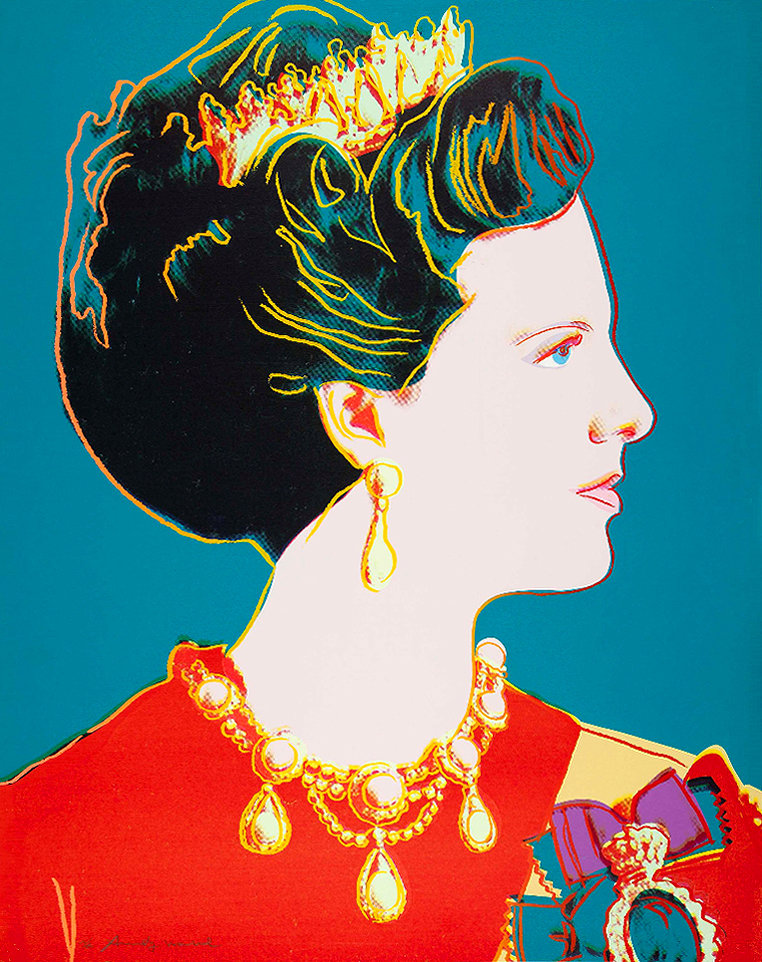 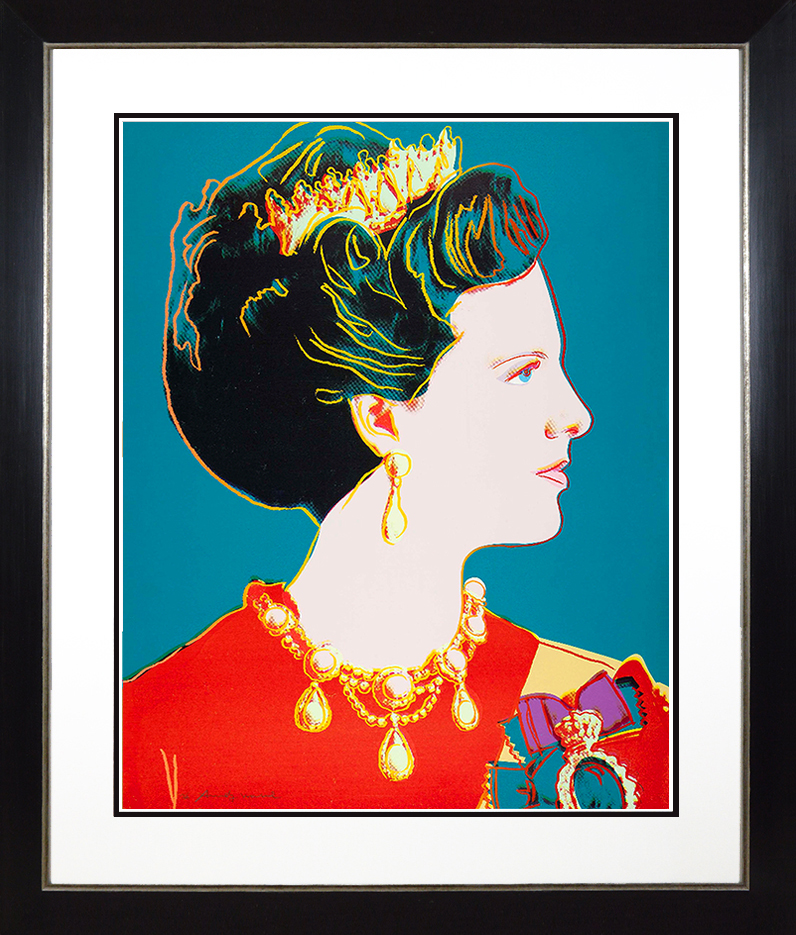 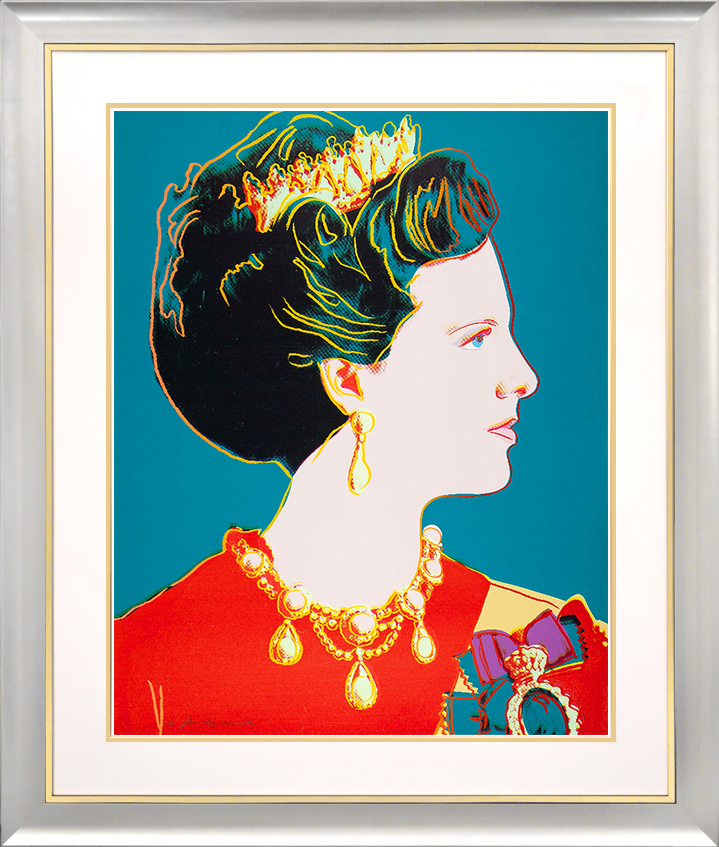 This portrait of Queen Margrethe II also details Warhol’s playfulness with line and color while also exhibiting his view on conventional portraiture.  The deep shades of red and teal create a touching image of the Queen, perhaps transforming her from the view of the bourgeois upper class to a more palpable, everyday poster image we can all relate to. She now falls into the category of popular kitsch culture, while her elegant features continue to be accented by the drawn line of Warhol’s hand.

Queen Margrethe II of Denmark was originally created in 1985 as part of a portfolio of 16 screenprints on Lenox Museum Board.   Also featured in this series are Queen Beatrix, Queen Elizabeth II, and Queen Ntombi Twala; there also exists another Printed by Rupert Jasen Smith, New York and published by George C. P. Mulder, Amsterdam.