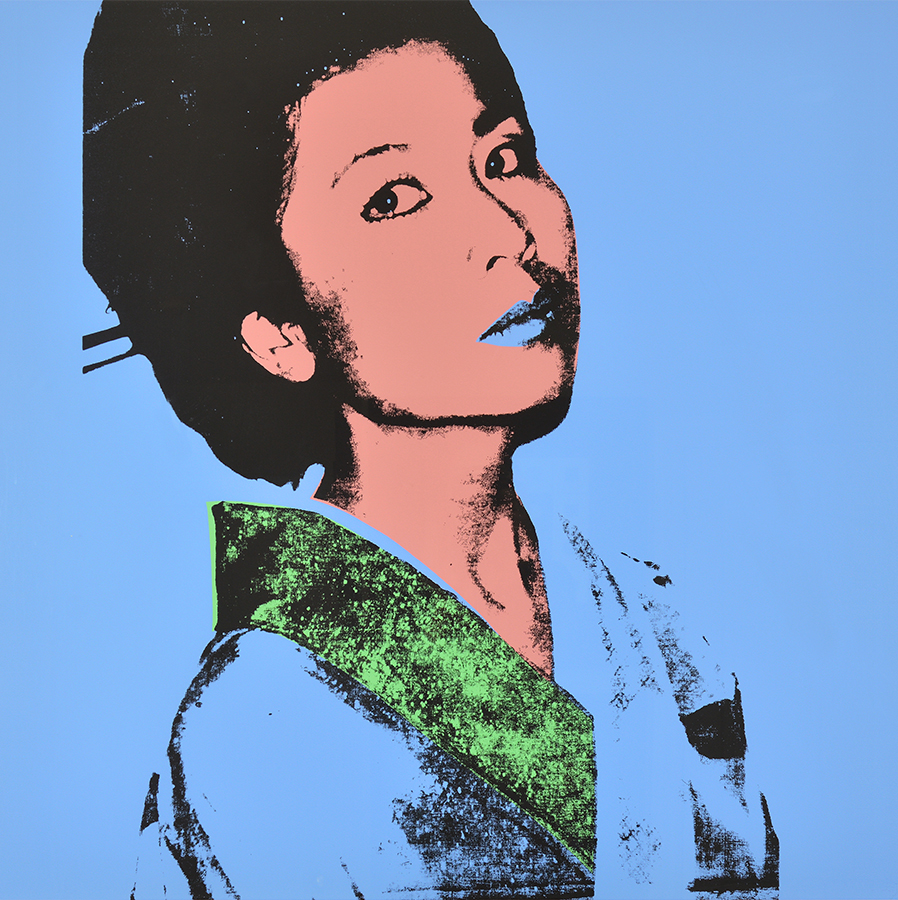 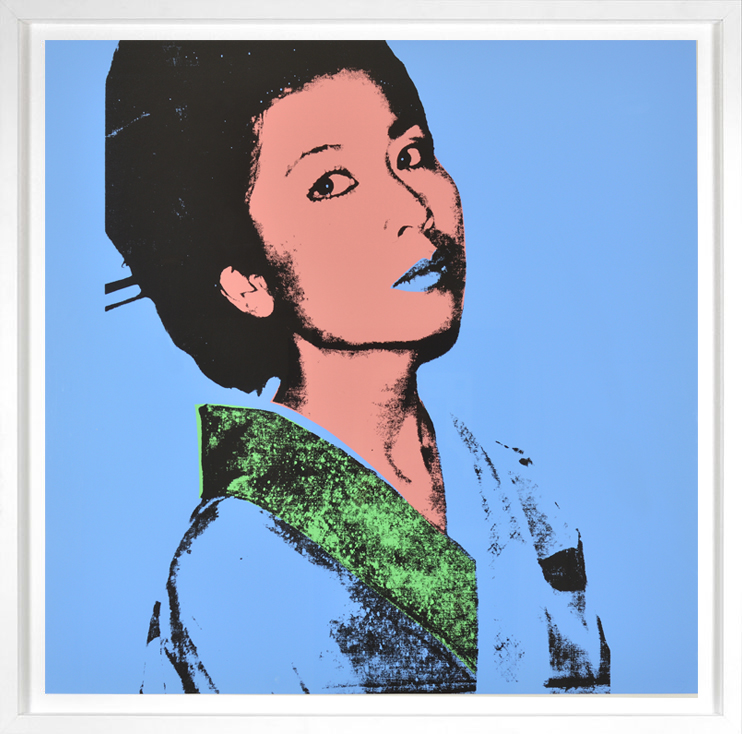 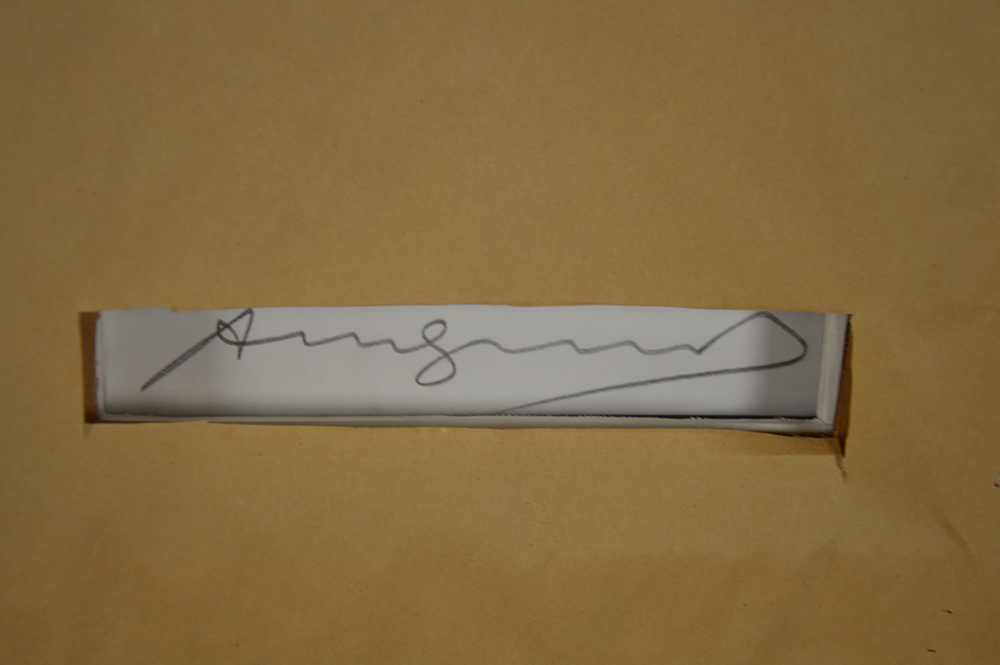 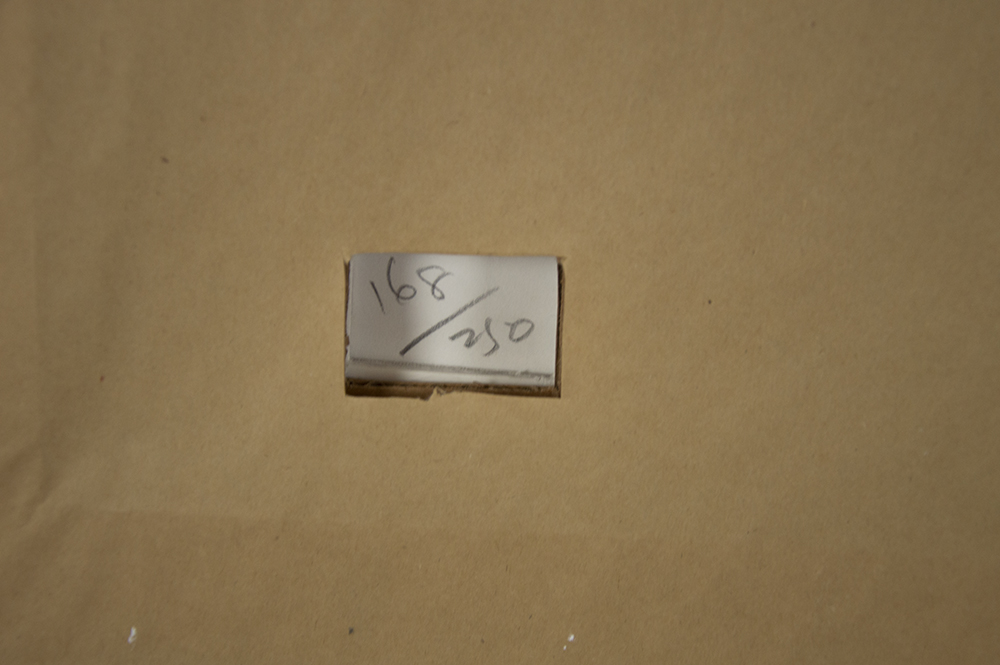 Kimiko Powers began collecting Japanese art in 1960. Her collection started with the purchase of a unique pair of six-panel landscape screens by Kusumi Morikage and a hanging scroll titled Courtesan Blowing Soap Bubbles by Shiba K. Along with her husband John Powers, she became known in international art circles for her insightful and comprehensive collection of Contemporary Art. In their many years of collecting, the Powers attained an impressive collection of Pop Art, which in many ways is the result of the friendships they formed with famous artists such as Warhol. Andy Warhol screenprint Kimiko, 1981 is an example of the strong bond formed between collector/subject and artist. Kimiko  pops against a bright blue background, and is complemented by the sparkling green section of clothing. Warhol's talent both with innovative portraiture and color come through in this screenprint.

Created in 1981, this original color screenprint was printed by Licht Editions, Ltd., Denver, Colorado and published by Colorado State University, Department of Art, Fort Collins, Colorado. This piece is hand-signed by Andy Warhol (Pennsylvania, 1928 - New York, 1987) in pencil on verso and numbered from the edition of 250 in pencil on verso. This piece was published to raise funds for a Visual Arts Program sponsoring visiting artists and exhibitions at Colorado State University, Fort Collins, Colorado.

Andy Warhol screenprint Kimiko, 1981 is fully documented and referenced in the below catalogue raisonnés  and texts (copies will be enclosed as added documentation with the invoices that will accompany the final sale of the work).
1. Feldman, Frayda and Jörg Schellmann, A Catalogue Raisonne;. 4th ed. Listed as catalogue raisonné II.237 on pg. 114

2. A Certificate of Authenticity will accompany this work