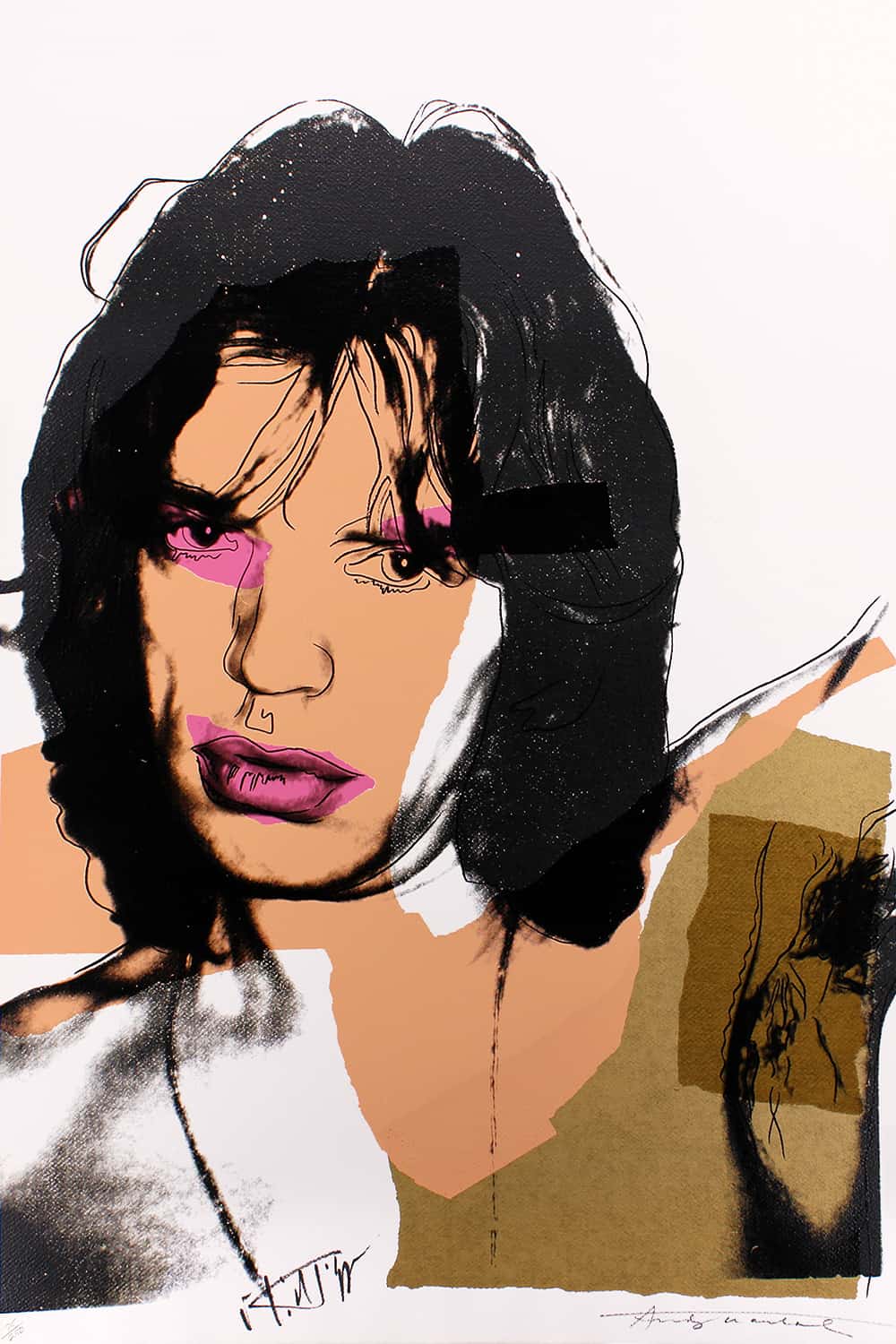 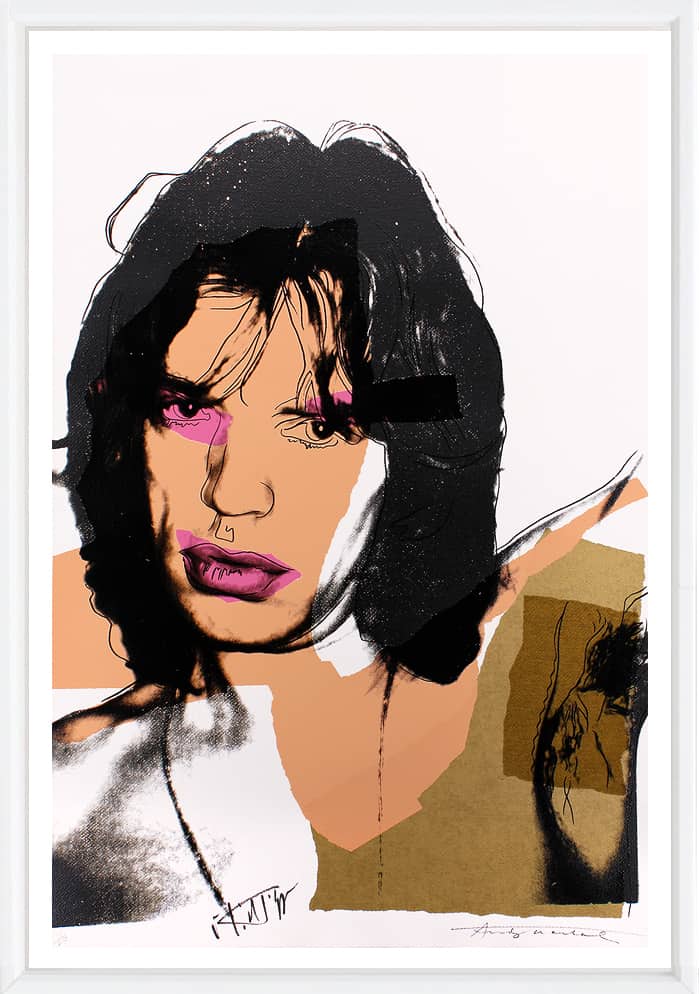 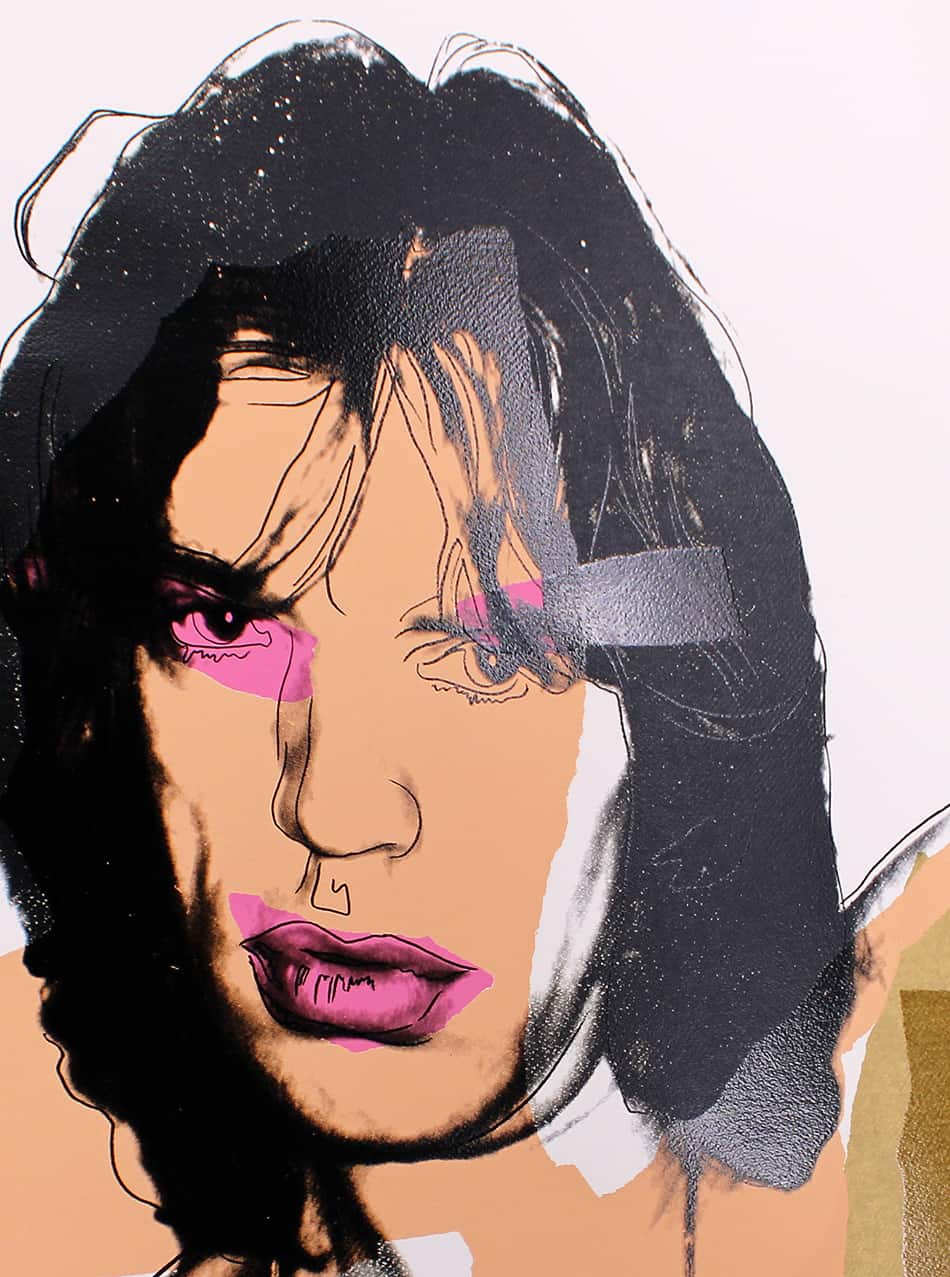 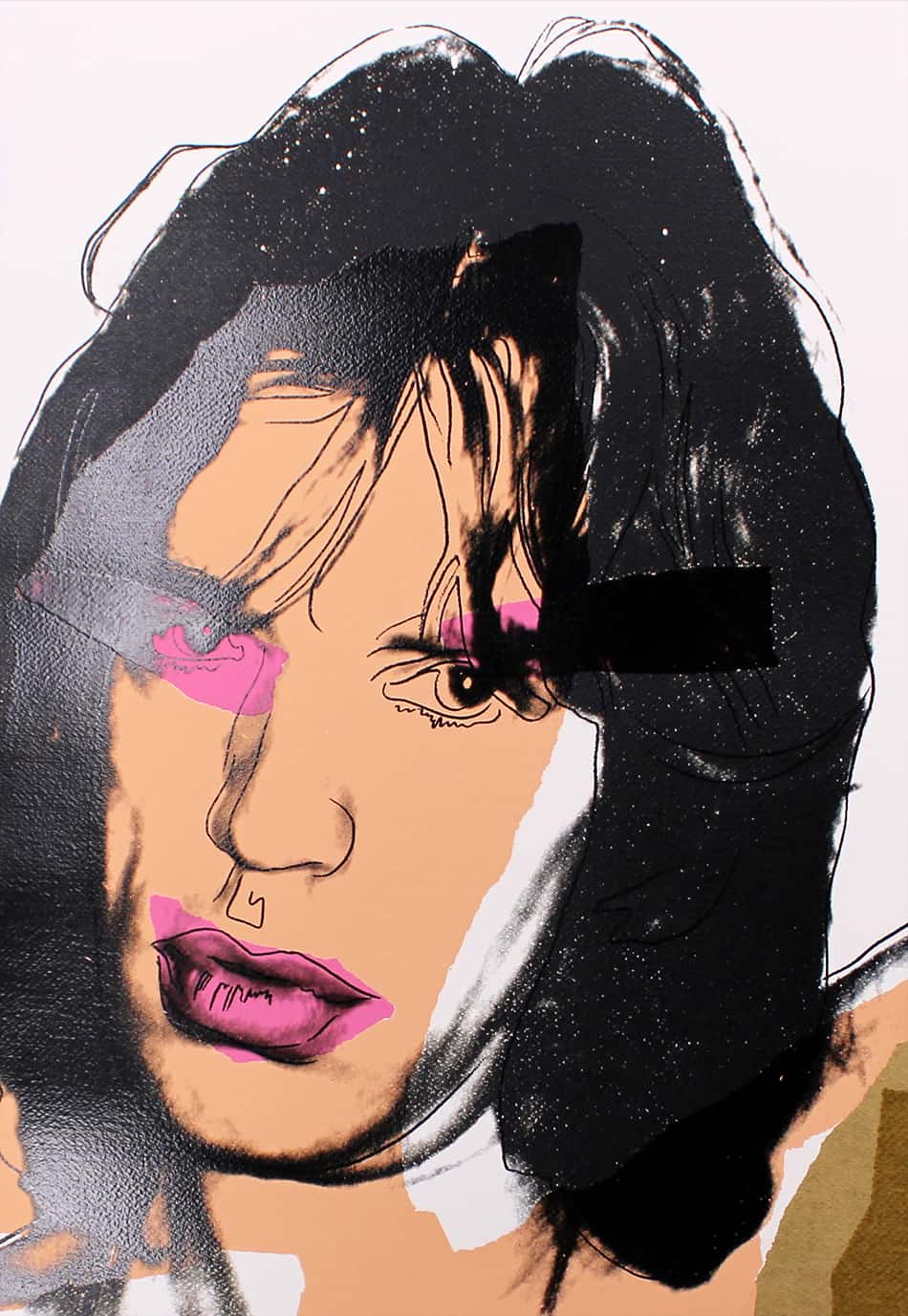 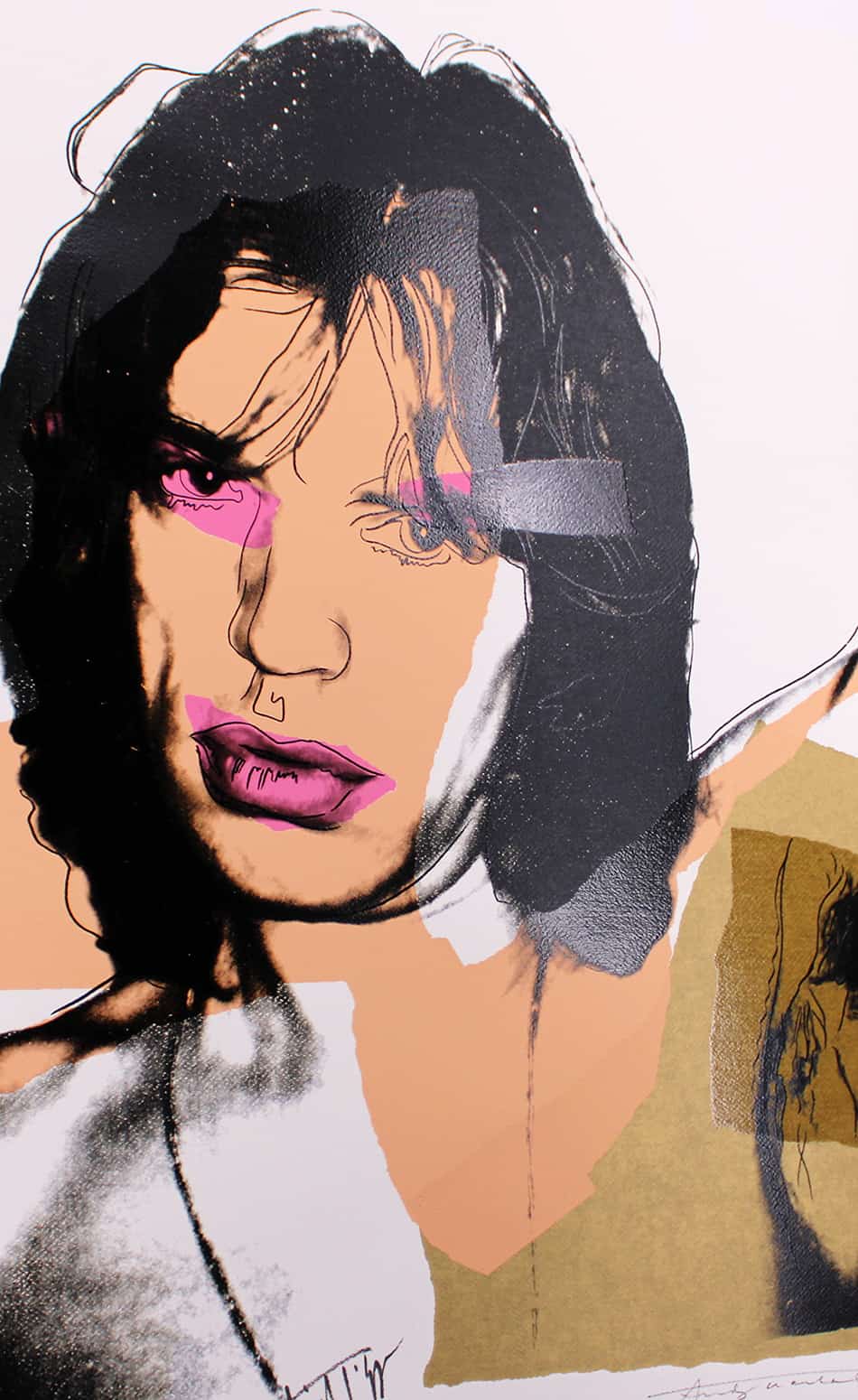 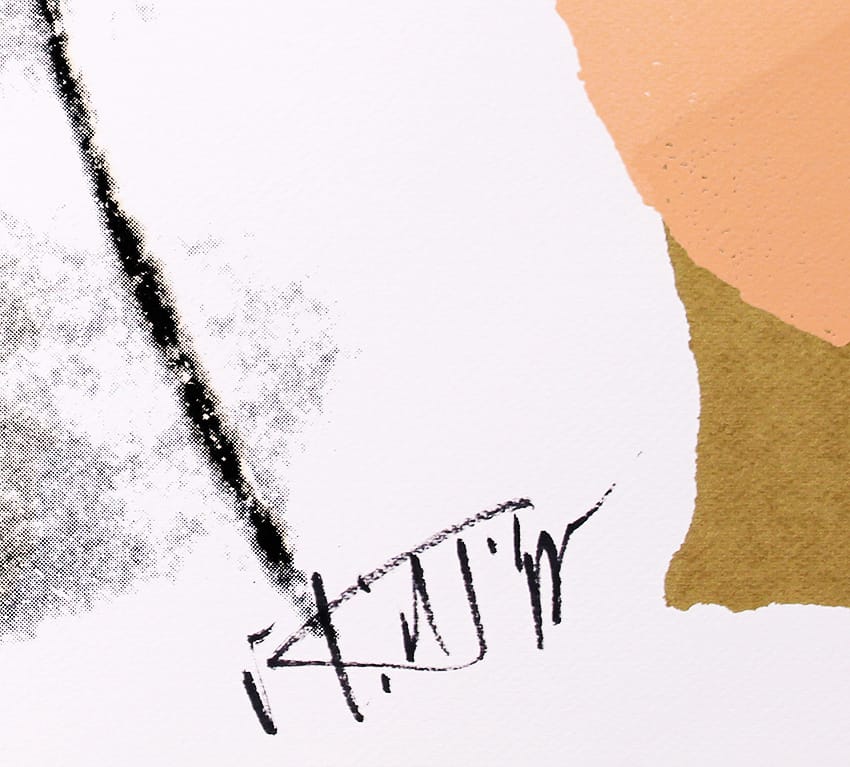 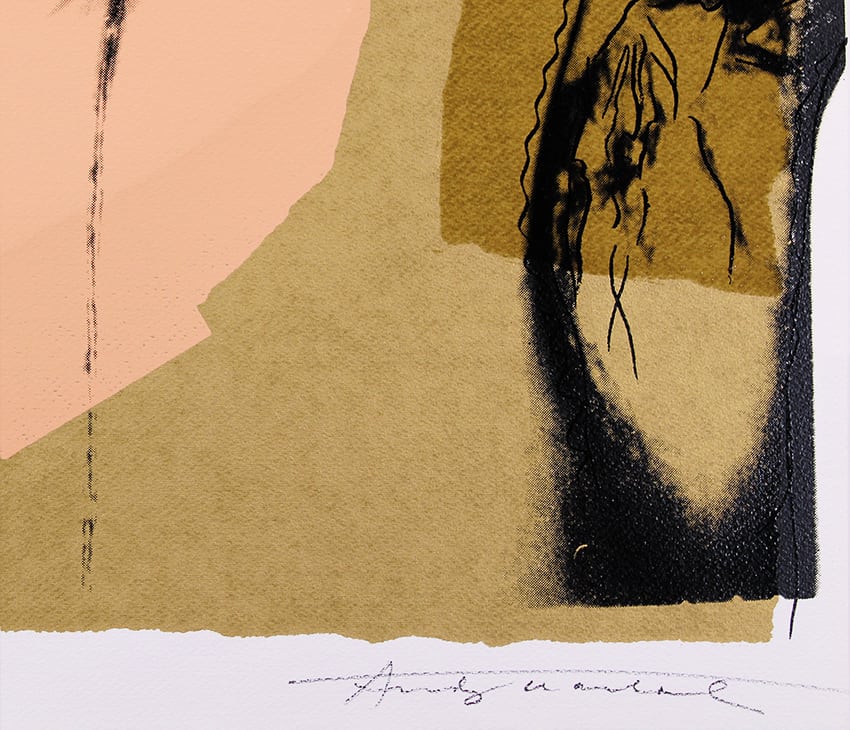 Andy Warhol and Mick Jagger first met in 1963 and established a lasting relationship that included both personal and artistic endeavors. From designing cover albums to songs, Warhol was ever the talented artist and Jagger sought his unique take on the world for inspiration. With the characteristic flair, that Jagger so adored, Warhol pays tribute to his friend and patron in this stunning portrait, Andy Warhol Mick Jagger, 1975 that highlight Jagger's most famous asset, his lips. Warhol achieves this by overlaying pink directly onto both Jagger's lips and eyes. The bright burst of color amongst the other more neutral tones draws the viewer into his lips, and gives some intensity to his eyes.

Catalogue Raisonné & COA:
Andy Warhol Mick Jagger, 1975 is fully documented and referenced in the below catalogue raisonnés and texts (copies will be enclosed as added documentation with the invoices that will accompany the final sale of the work):

1. Feldman, Frayda and Jörg Schellmann. Andy Warhol Prints: A Catalogue Raisonne 1962-1987 4th ed. Listed and illustrated as catalogue raisonné no. II.141 on pg. 92.
2. A Certificate of Authenticity will accompany this work.

About the Framing:
Andy Warhol Mick Jagger, 1975 is framed to museum-grade, conservation standards, presented in a complimentary moulding and finished with silk-wrapped mats and optical grade Plexiglas.