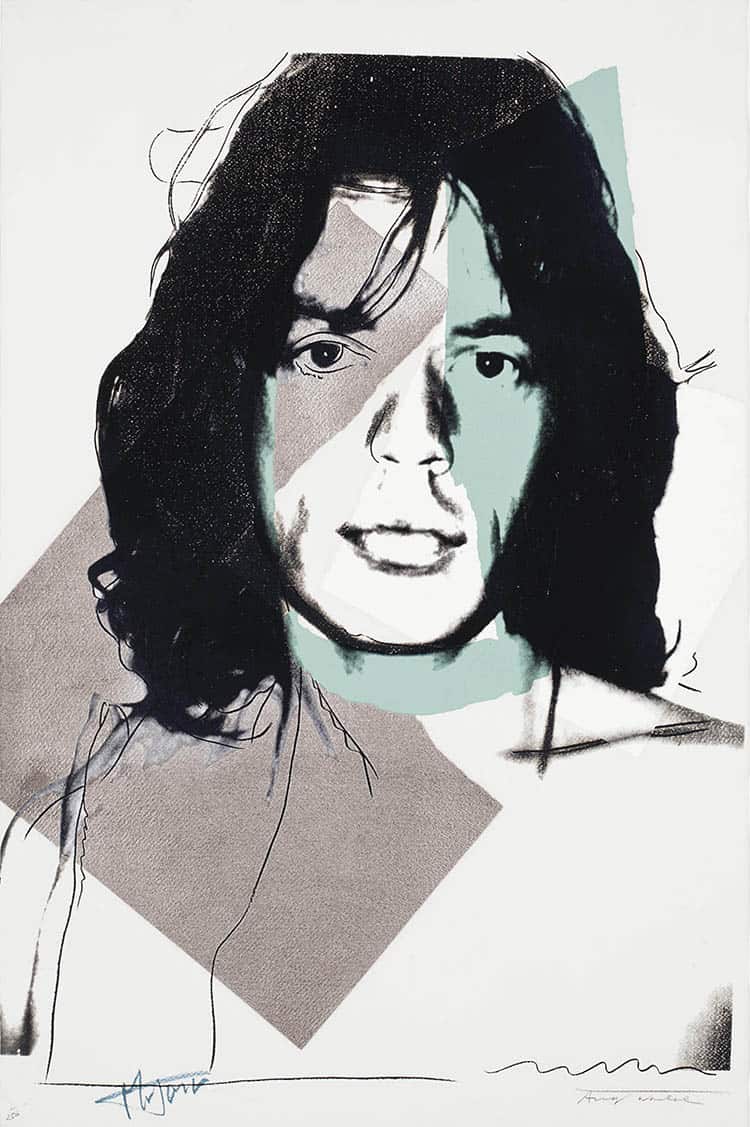 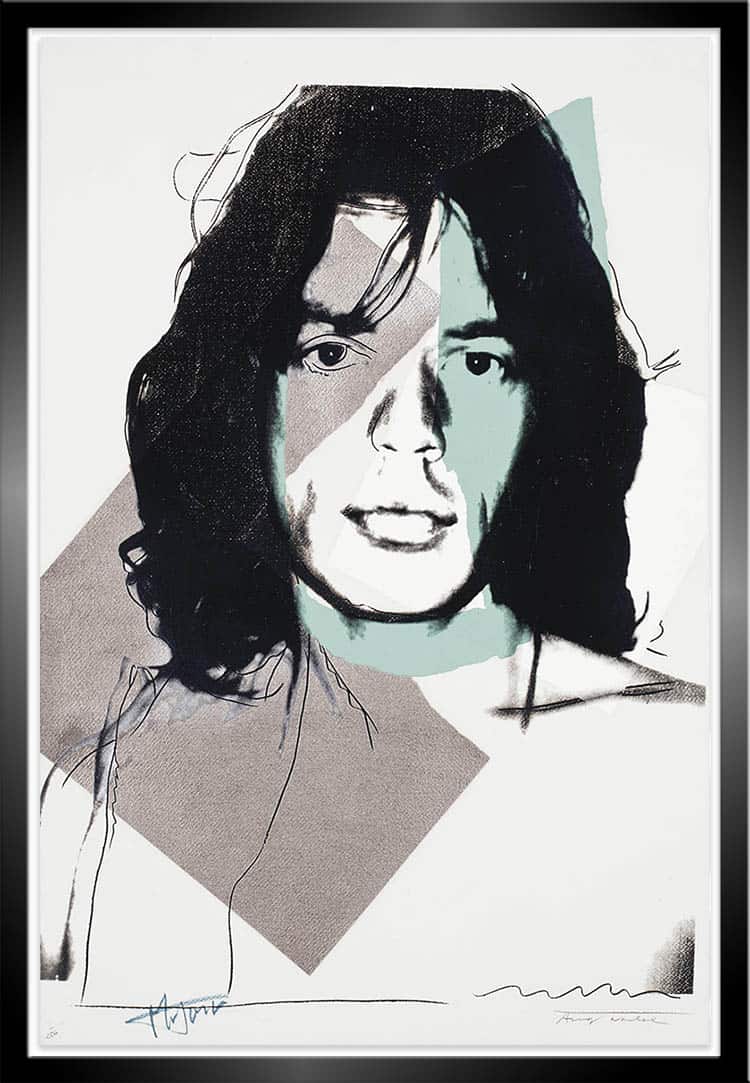 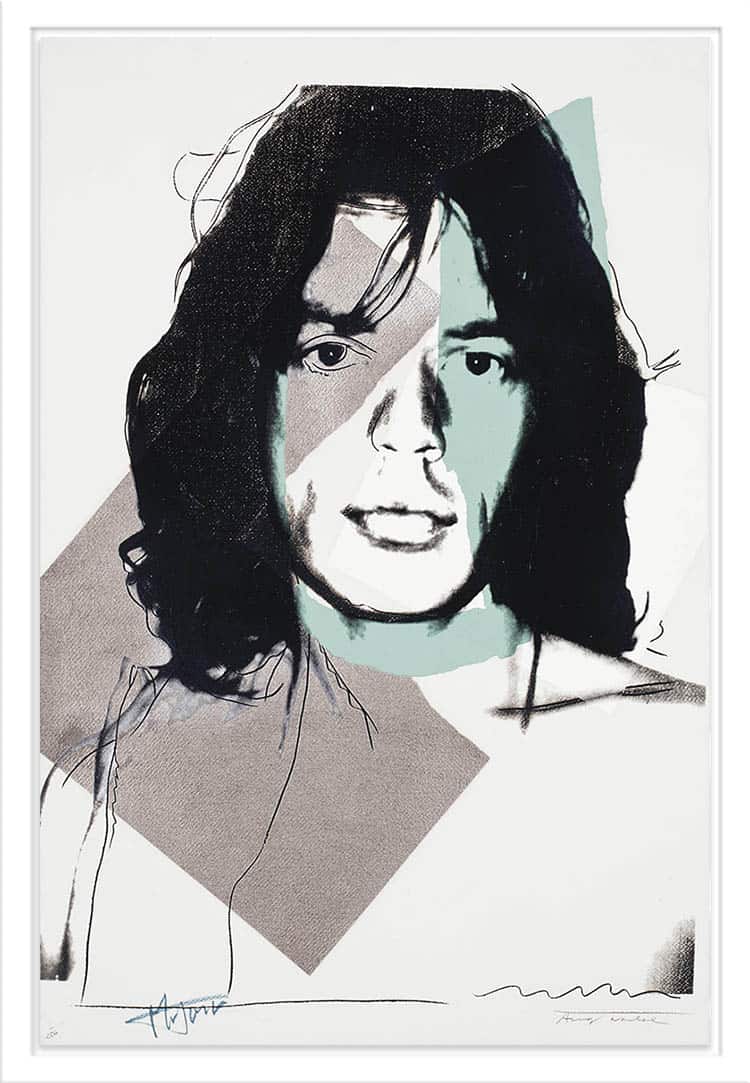 Andy Warhol’s Mick Jagger 138, 1975 shows the musician looking at the camera head on, bare-chested. His stare is intensified by the blocks of color layered on top of his face and chest. These blocks of lavender and ocean blue give the appearance of transparent colored film or paper layered on top of the photograph. Hand-drawn elements, such as his right eye, make the work feel raw and charged. The work as a whole embodies the rock star’s “bad-boy” persona. Warhol’s Mick Jagger 138 is a powerful work from Andy Warhol’s Mick Jagger portfolio, which combines the artistic talents and personalities of the two 1970s icons.

Created in 1975, Andy Warhol’s Mick Jagger 138 is a color screenprint on Arches Aquarelle (rough) paper, and is signed by the artist in pencil in the lower right. Most of the prints are also signed in black, green, or red by Mick Jagger. It is a unique work of an edition of 250, 50 AP, 3 PP, published by Seabird Editions, London England, and printed by Alexander Heinrici, New York.

Catalogue Raisonné & COA:
Andy Warhol Mick Jagger 138, from Mick Jagger portfolio, 1975 is fully documented and referenced in the below catalogue raisonnés and texts (copies will be enclosed as added documentation with the invoices that will accompany the sale of the work).

About the Framing:
Framed to museum-grade, conservation standards, Andy Warhol Mick Jagger 138, 1975 is presented in a complementary moulding and finished with silk-wrapped mats and optical grade Plexiglas.