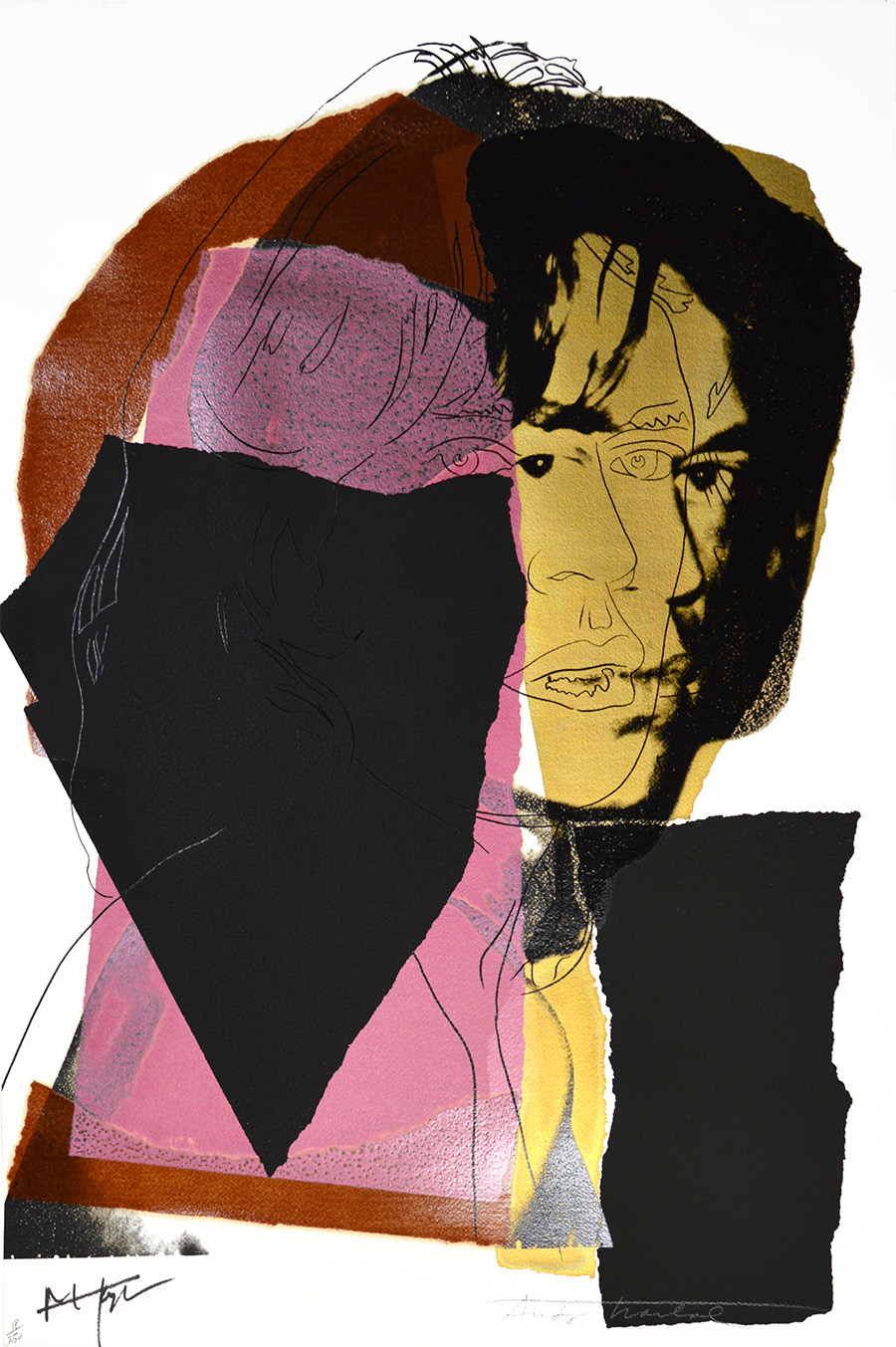 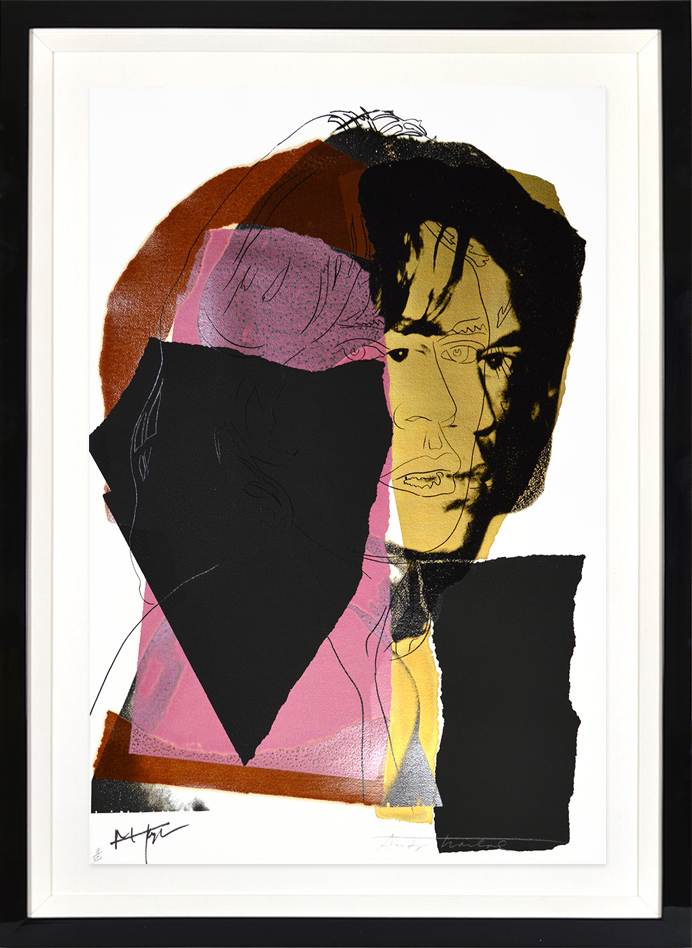 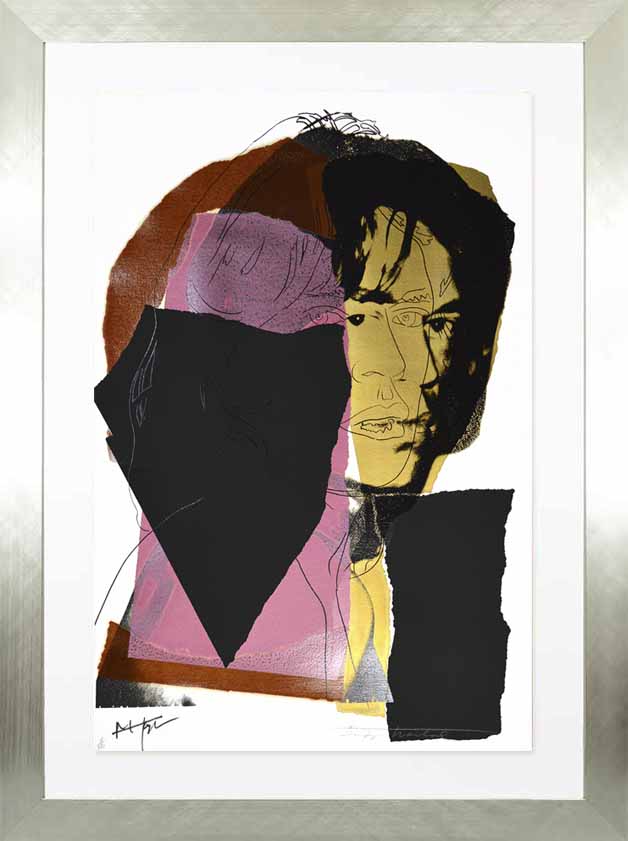 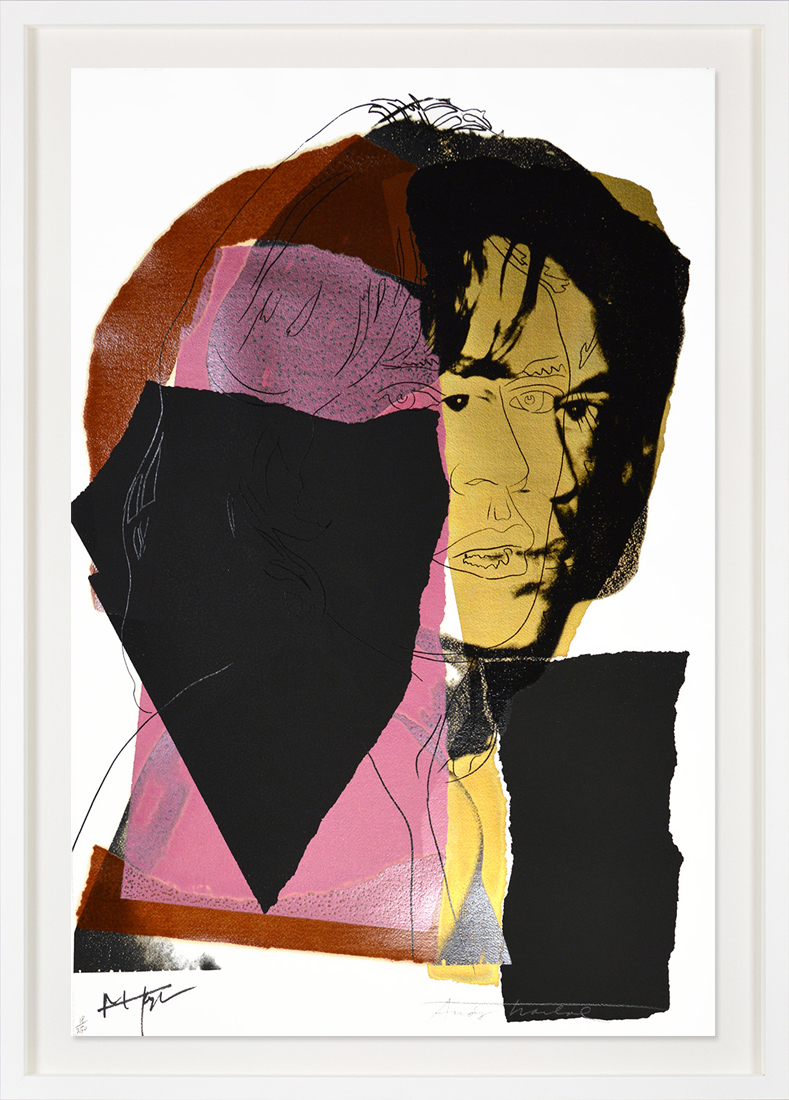 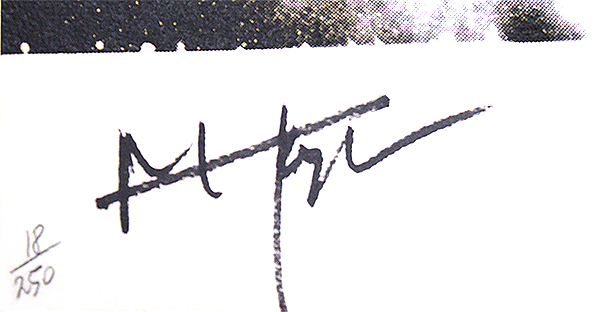 Andy Warhol Mick Jagger, 1975 is a portrait as grand in scale as Mick Jagger's influence on rock and roll music. In this eye-catching piece, Warhol creates a fabulously colorful and abstract work profiling his fellow friend, artist, and musician. Andy Warhol and Mick Jagger first met in 1963 and established a lasting relationship that included both personal and artistic endeavors. From designing cover albums to songs, Warhol was ever the talented artist and Jagger sought his unique take on the world for inspiration. With the characteristic flair, that Jagger so adored, Warhol pays tribute to his friend and patron in this stunning portrait. Jagger’s doubled features are set against a glowing golden pigment which contrasts beautifully with the matte black of the rough-edged shapes framing his face. Red and pink forms add to the rich color palette and endow the piece with both an effortless flair and a grandiose presence. This arresting work perfectly captures the star presence of the rock musician and the remarkable style of the pop artist.

1. Feldman, Frayda and Jörg Schellmann. A Catalogue Raisonne;. 4th ed. Listed and illustrated as catalogue raisonné II.139 on pg. 92.
2. A Certificate of Authenticity will accompany this work.