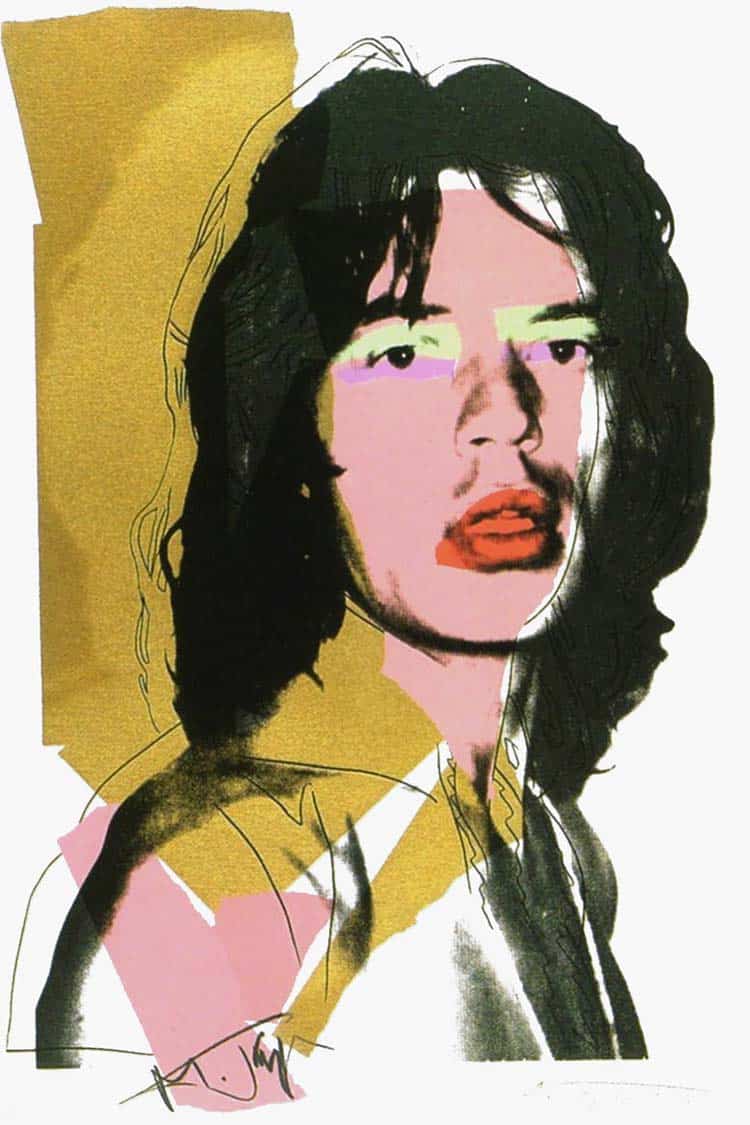 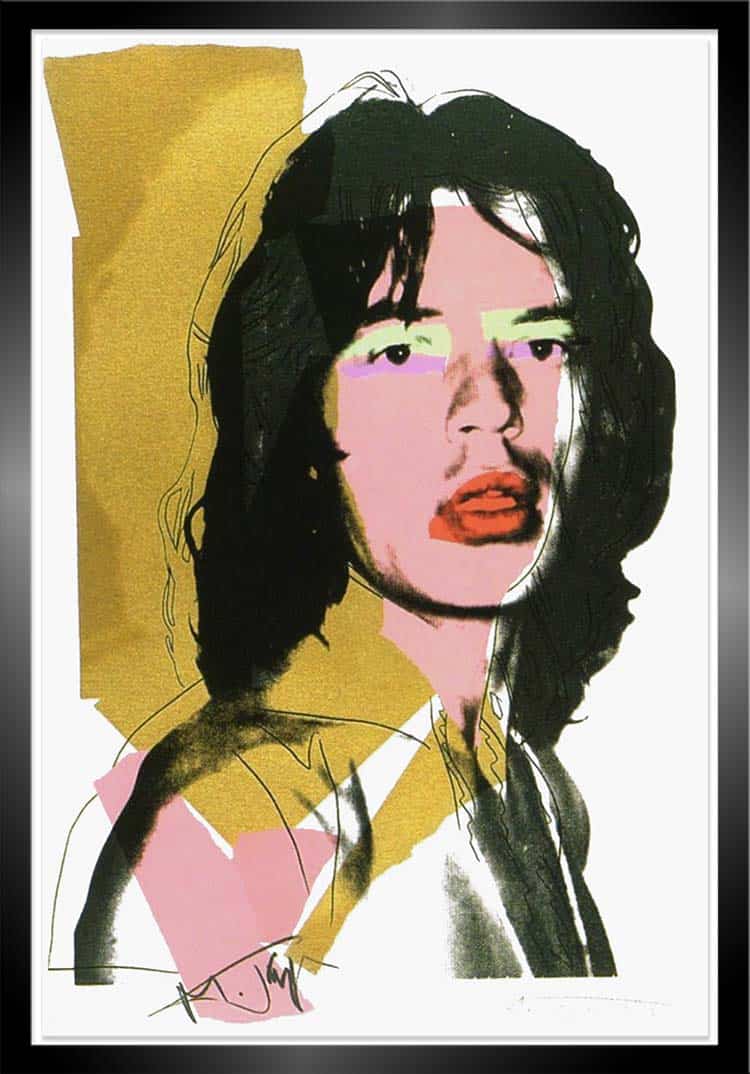 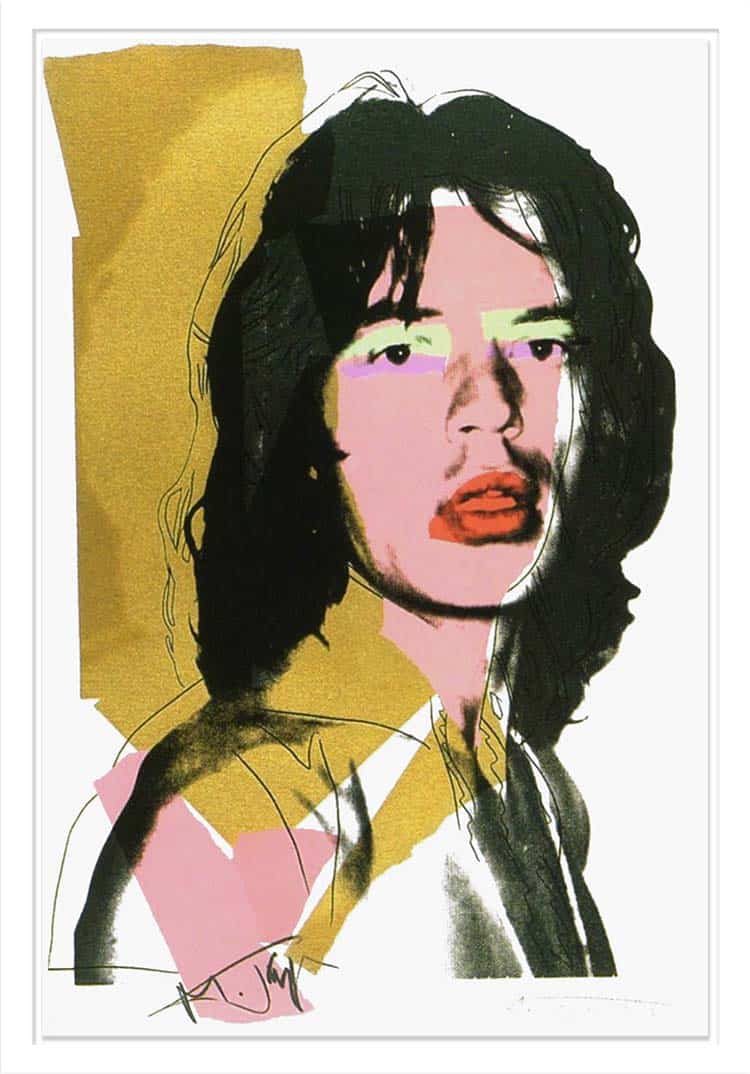 Andy Warhol’s Mick Jagger 143, 1975 highlights Jagger’s celebrity and glamour through color blocking and bold accents. Swatches of color are placed carefully throughout the work, but perhaps most notably on Jagger’s eyelids and lips. The mint green swatches on his eyelids and the cherry red on his slightly parted lips create the impression of a bold makeup look. Warhol’s choice to highlight Jagger’s lips, one of his most famous traits, was undoubtedly an intentional one to bring to mind the androgyny that was an inherent aspect of his rebellious personality. Warhol’s Mick Jagger 143 is an extraordinary part of Andy Warhol’s Mick Jagger portfolio.

Created in 1975, Andy Warhol’s Mick Jagger 143 is a color screenprint on Arches Aquarelle (rough) paper, and is signed by the artist in pencil in the lower right. Most of the prints are also signed in black, green, or red by Mick Jagger. It is a unique work of an edition of 250, 50 AP, 3 PP, published by Seabird Editions, London England, and printed by Alexander Heinrici, New York.

Catalogue Raisonné & COA:
Andy Warhol Mick Jagger 143, from Mick Jagger portfolio, 1975 is fully documented and referenced in the below catalogue raisonnés and texts (copies will be enclosed as added documentation with the invoices that will accompany the sale of the work).

About the Framing:
Framed to museum-grade, conservation standards, Andy Warhol Mick Jagger 143, 1975 is presented in a complementary moulding and finished with silk-wrapped mats and optical grade Plexiglas.