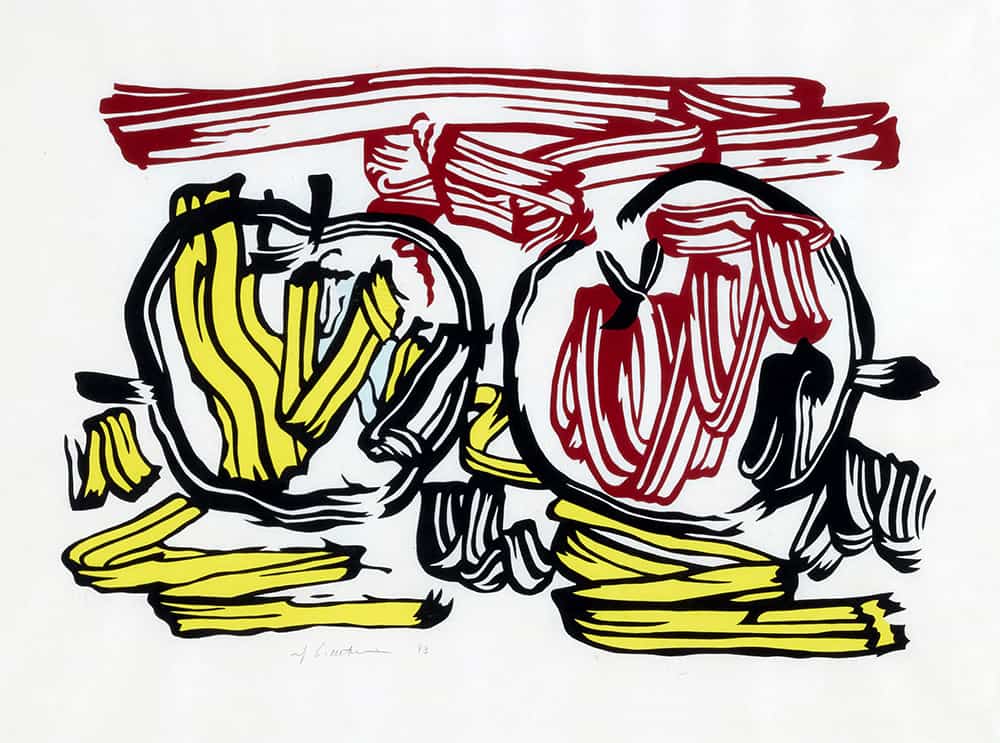 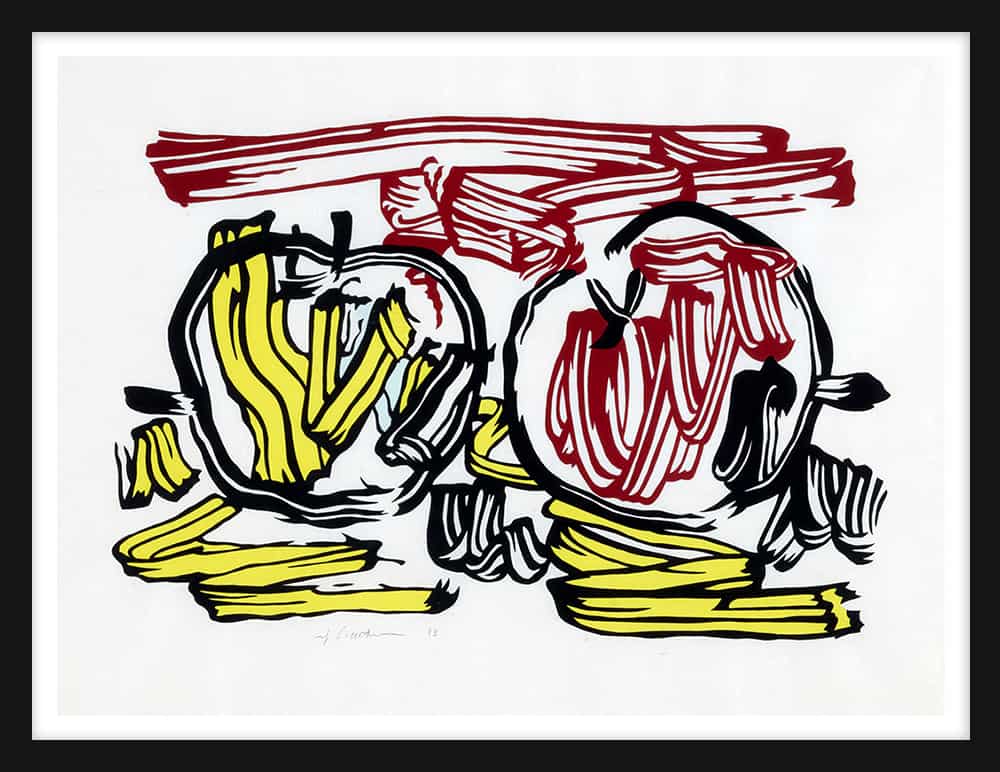 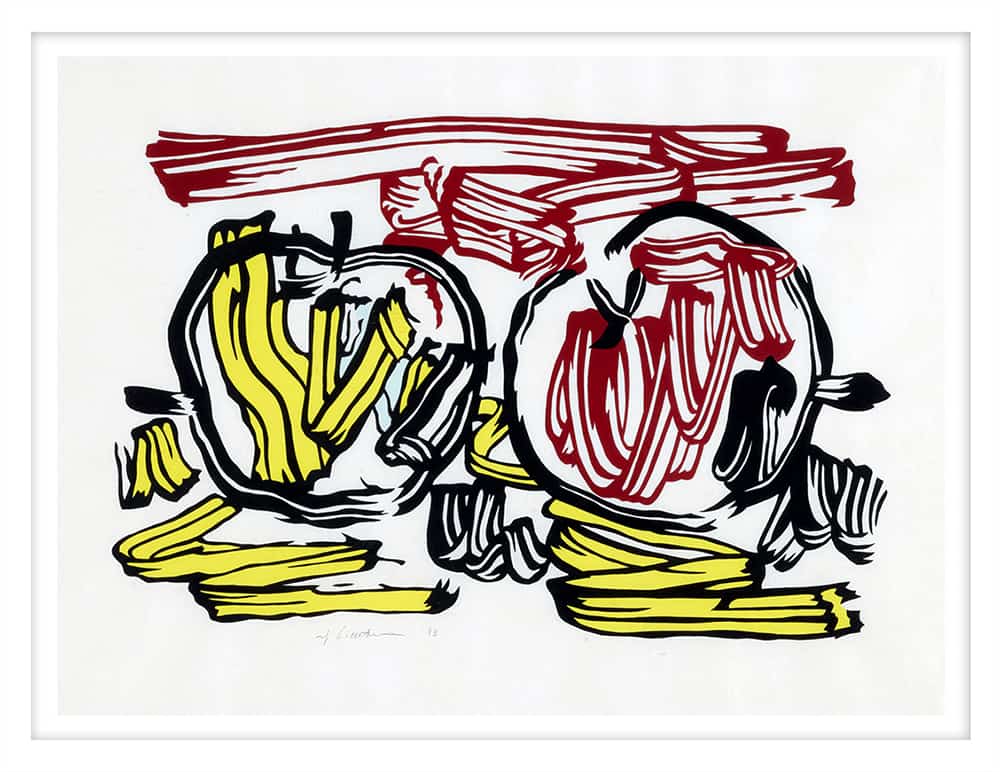 Roy Lichtenstein Red Apple and Yellow Apple, from the Seven Apple Woodcuts Series, 1983 is an excellent example of the artist’s exploration into abstraction in his later work. Lichtenstein largely abandons his famous comic strip panel artwork for more abstracted imagery in this series, and uses apples and other fruit as his inspiration. This work features gestural marks that mimic brushstrokes which create an arbitrary image of, as the title suggests, a red and a yellow apple delineated by this black marks.  Arbitrary brushstrokes, also in red and yellow, line the top and edges of the composition, giving the work a sense of depth and originality. With the addition of such freeform mark making, this woodcut showcases the artist’s experimentation with his more painterly instincts. Though simplistic and limited in color, this work offers an intimate quality found in a classic still life.

Catalogue Raisonné & COA:
Roy Lichtenstein Red Apple and Yellow Apple, from the Seven Apple Woodcuts Series, 1983 is fully documented and referenced in the below catalogue raisonnés and texts (copies will be enclosed as added documentation with the invoices that will accompany the sale of the work).

1. Corlett, Lee Mary. The Prints of Roy Lichtenstein: A Catalogue Raisoneé 1948-1997. Hudson Hills Press: New York, 1994. Listed and illustrated as catalogue raisonné no. 197.
2. A Certificate of Authenticity will accompany this artwork.

About the Framing:
Framed to museum-grade, conservation standards, Roy Lichtenstein Red Apple and Yellow Apple, from the Seven Apple Woodcuts Series, 1983 is presented in a complementary moulding and finished with silk-wrapped mats and optical grade Plexiglas.