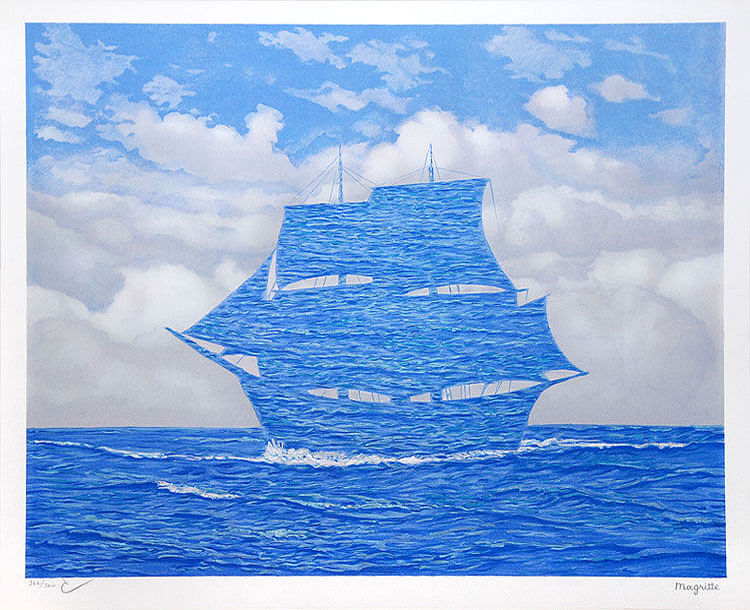 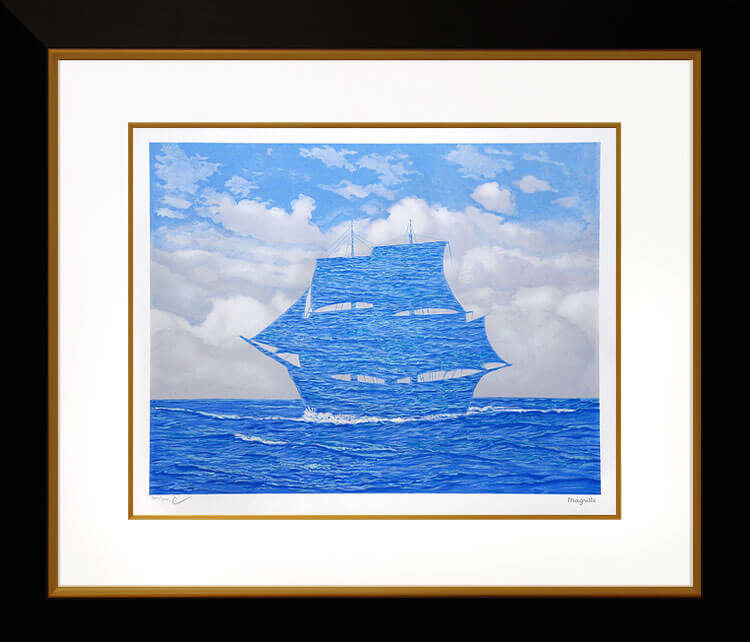 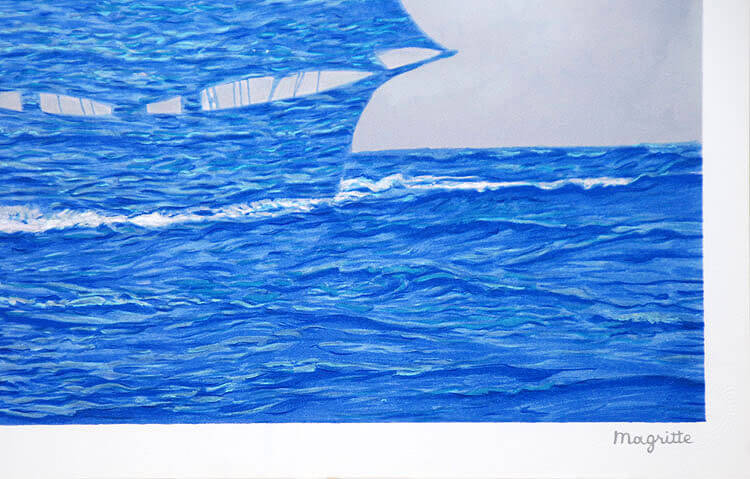 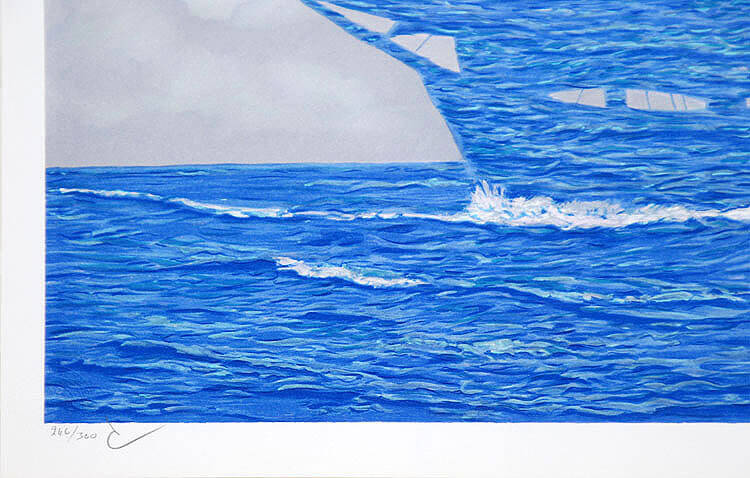 This work is one of a number of works entitled Le séducteur (The Tempter) that Magritte produced in the 1950s, depicting a boat composed of water, drifting upon water and placed against a brilliant clouded sky. Of these works Whitfield states, "Writing to a friend about Le séducteur, Magritte told him that it represented the solution to the problem of water. As with his other works, he said, the image had been found through a kind of 'frantic contemplation,' which he describes as a process of drawing the same image repeatedly until a chance line or conjunction of lines dictated the solution" (referenced as catalogued no. 104).

Created after the 1951 original oil on canvas Le séducteur (The Tempter) by René Magritte (1898-1967), this original color lithograph was published and printed by Philippe Moreno, Paris in 2003. This work is signed 'Magritte' in facsimile in graphite color in the lower right margin and signed in pencil in the lower left margin by the representative of ADAGP representing the Magritte Succession, Mr. Charly Herscovici. Numbered 246/300 in pencil in the lower left margin (from the total edition of 360, 300 examples numbered 1-300, 45 artist's proofs numbered 1-45, and 15 copies reserved for the Succession Magritte), this work is stamped with the ADAGP blindstamp in the lower left margin and the Succession Magritte blindstamp in the lower right margin. On the back of this work is an extensive block of printed text stating the title, provenance, tirage, and details of the original oil on canvas.

Catalogue Raisonné & COA:
René Magritte Le séducteur (The Tempter), 1951, Series 2 is fully documented and referenced in the below catalogue raisonnés and texts (copies will be enclosed as added documentation with the invoice accompanying the sale of the work).

1. Whitfield, Sarah. Magritte. London: The South Bank Center, 1992. An original oil painting from the same series Le séducteur illustrated and discussed as no. 104.
2. A Certificate of Authenticity will accompany this work.