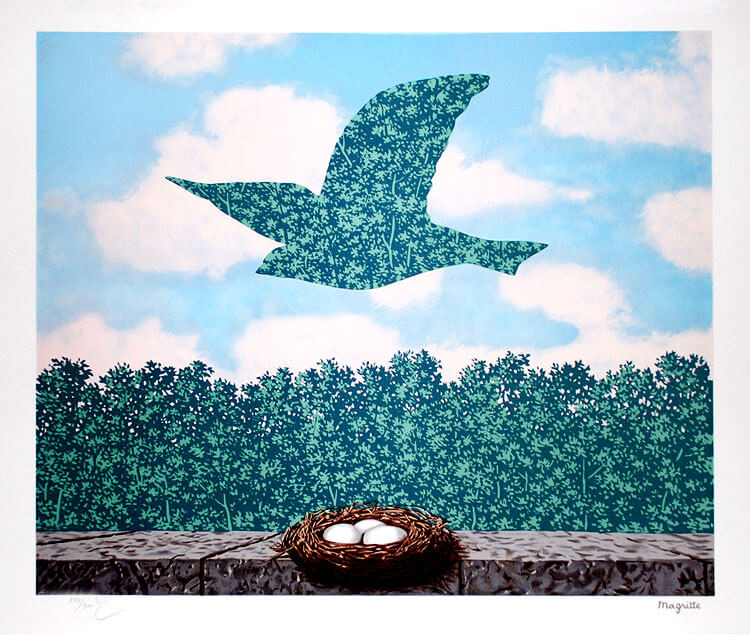 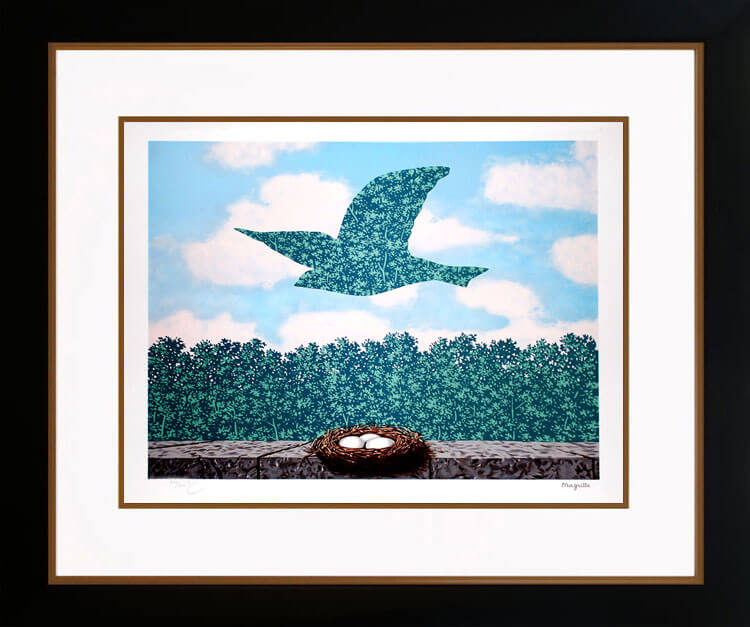 The soaring bird is an image that appears often in Magritte's work. Of this work Meuris states, "Here the bird, consisting of trees and leaves, looks like a delicate Savonnerie tapestry. It is shown gliding above a wood of the same trees and leaves and above a nest lying on a low stone wall. The nest contains three eggs, yet talk of "the fertility of springtime" is facile in this instance. A more striking feature is the repetition of the same motive (branches and foliage) in two objects that move in quite different ways, as if establishing a two-way visual and mental connection between the bird and the wood" (pg. 170).

Created after the 1965 original oil on canvas Le printemps (Spring) by René Magritte (1898-1967), this color lithograph was published and printed by Philippe Moreno, Paris in 2003. This work is signed ‘Magritte’ in fascimile in graphite color in the lower right margin, and signed in pencil in the lower left margin by the representative of ADAGP representing the Magritte Succession, Mr. Charly Hersovici. Numbered from the edition of 300 in pencil in the lower left margin.

1. Meuris, Jacques. Magritte. London: Greenwich Editions, 1988. Original 1965 oil on canvas illustrated and discussed on pg. 170.
2. A Certificate of Authenticity will accompany this work.