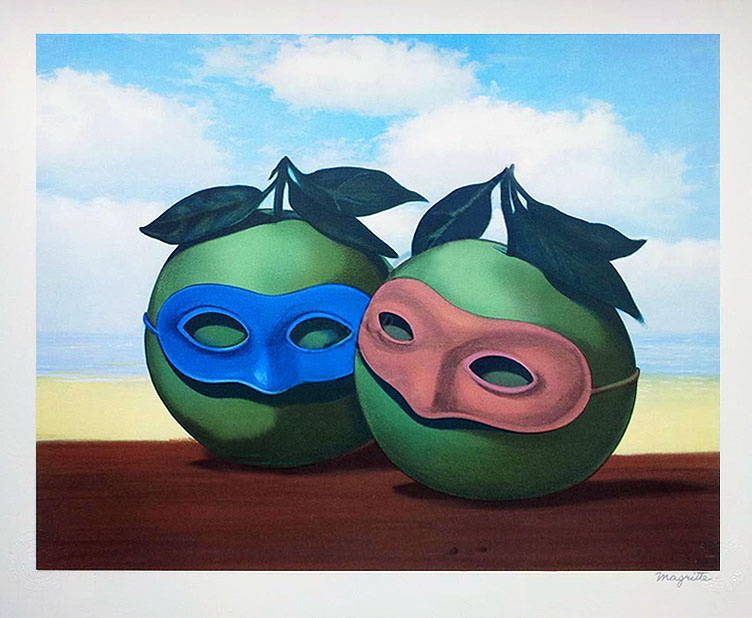 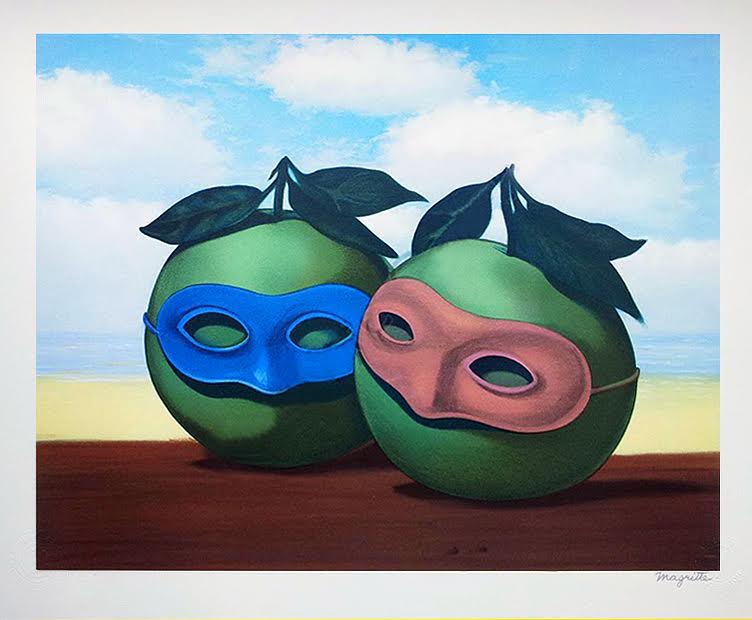 Two green apples with leafy stems huddle close to one another. Despite the fact that apples do not have eyes, both figures don eye masks, one black and one brown. The figures tilt towards one another, as if exchanging glances or preparing to kiss. A common motif throughout Magritte's work, the apples appear with a sense of liveliness and personality, placed into a new and unexpected context by the artist. The two apples engage with one another as they draw in close, endowed with distinct emotions of affection. According to Meuris, the poet Paul Colinet described the painting upon which this sculpture was based in the following manner: "On the seashore sit two apples, visitors from far off. They smile surreptitiously, strangers to what they see" (Meuris, pg. 156). Although lacking the distinct setting of the seashore, this exquisite sculpture can be placed in any environment in which these apples become "strangers to what they see" (Meuris, pg. 156).

Created after the  original 1950 original oil on canvas La Valse Hesitation (The Hesitation Waltz) by René Magritte (1898-1967), this color lithograph was published and printed by Philippe Moreno, Paris in 2003. This work is signed ‘Magritte’ in fascimile in graphite color in the lower right margin and signed in pencil in the lower left margin by the representative of ADAGP representing the Magritte Succession, Mr. Charly Hersovici. Numbered from the edition of 275 in pencil in the lower left margin.