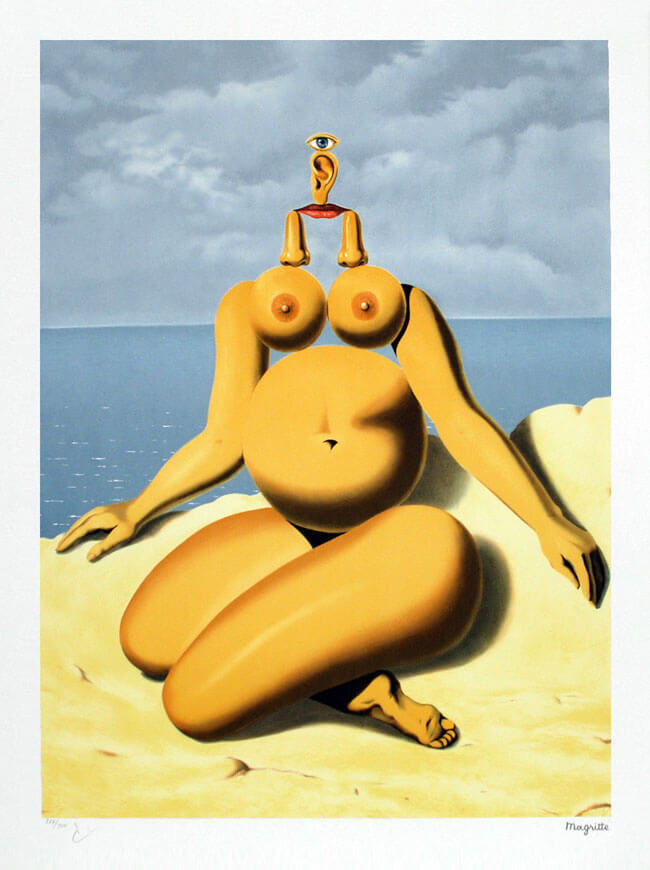 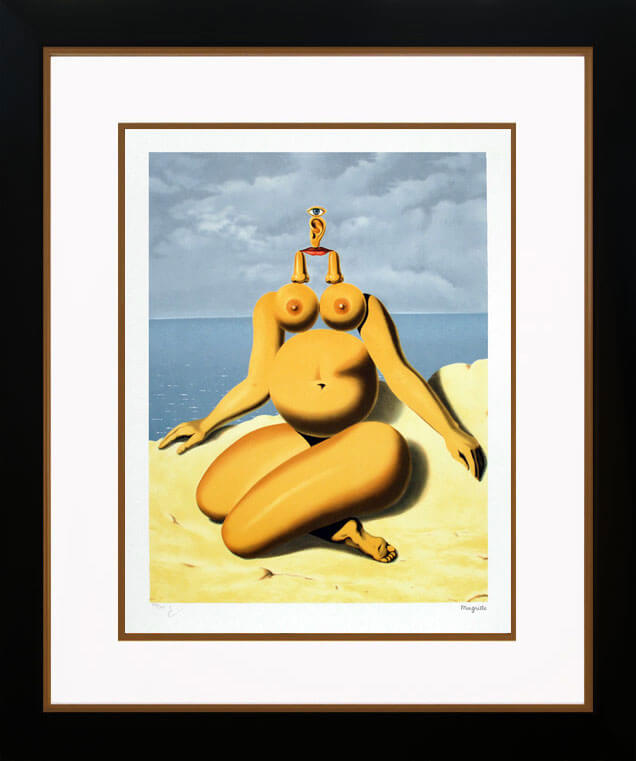 An abstract nude figure rests on the sand amidst a beach-like environment. Magritte deconstructs the female form, depicting an eye, an ear, a mouth, and a nose precariously balanced upon one another but lacking the coherency to form an identifiable face. Though the legs and arms appear relatively proportionate, the large, round belly and perfectly circular breasts contribute to the disproportional nature of this figure. According to Whitfield, this "last and most imposing work in the Race blanche series was executed in the spirit of a Picasso bather." Though Magritte neither confirmed or denied this resemblance, he found the comparison to be a "very lucid reaction" (Whitfield, no. 78).

Created after the 1937 original oil on canvas La race blanche (The White Race) by René Magritte (1898-1967), this original color lithograph was published and printed by Philippe Moreno, Paris in 2003. This work is signed 'Magritte' in facsimile in graphite color in the lower right margin and signed in pencil in the lower left margin by the representative of ADAGP representing the Magritte Succession, Mr. Charly Herscovici. Numbered from the edition of 300 in pencil in the lower left margin (from the total edition of 360, 300 examples numbered 1-300, 45 artist's proofs numbered 1-45, and 15 copies reserved for the Succession Magritte), this work is stamped with the ADAGP blindstamp in the lower left margin and the Succession Magritte blindstamp in the lower right margin. On the back of this work is an extensive block of printed text stating the title, provenance, tirage, and details of the original oil on canvas.

1. Whitfield, Sarah. Magritte. London: The South Bank Centre, 1992. Original 1937 oil on canvas illustrated as no. 78.
2. A Certificate of Authenticity will accompany this work.