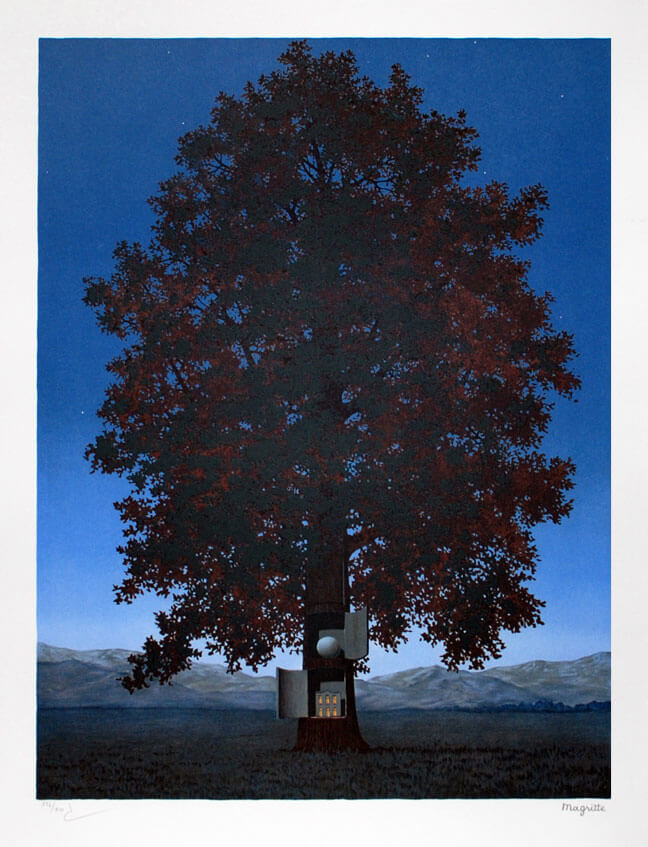 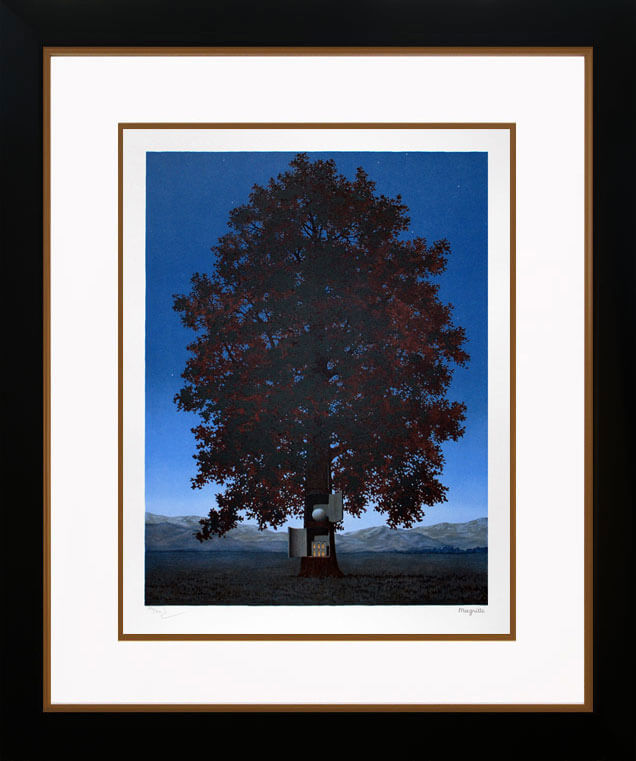 Combining elements of the forest, desert, and mountains as well as day and night, urban and natural, Magritte creates a truly astounding work. A large autumn tree, its leaves a deep burgundy, rests in the middle of a desert environment with mountains in the background. The lower portion of the image appears as though captured during the daytime, yet the upper half, enveloped in midnight blue, appears as though at night. Perhaps the most curious element of this unusual work is the tree itself, which appears to have doors that reveal another world. A quaint house, its lights aglow, dwells within the tree as a large egg floats above it.

Created after the 1959 original oil on canvas La voix du sang (The Voice of Blood) by René Magritte (1898-1967), this color lithograph was published and printed by Philippe Moreno, Paris in 2003. This work is signed ‘Magritte’ in fascimile in graphite color in the lower right margin, and signed in pencil in the lower left margin by the representative of ADAGP representing the Magritte Succession, Mr. Charly Hersovici. Numbered from the edition of 300 in pencil in the lower left margin.

Catalogue Raisonné & COA:
René Magritte La voix du sang (The Voice of Blood) is fully documented and referenced in the below catalogue raisonnés and texts (copies will be enclosed as added documentation with the invoice accompanying the sale of the work).