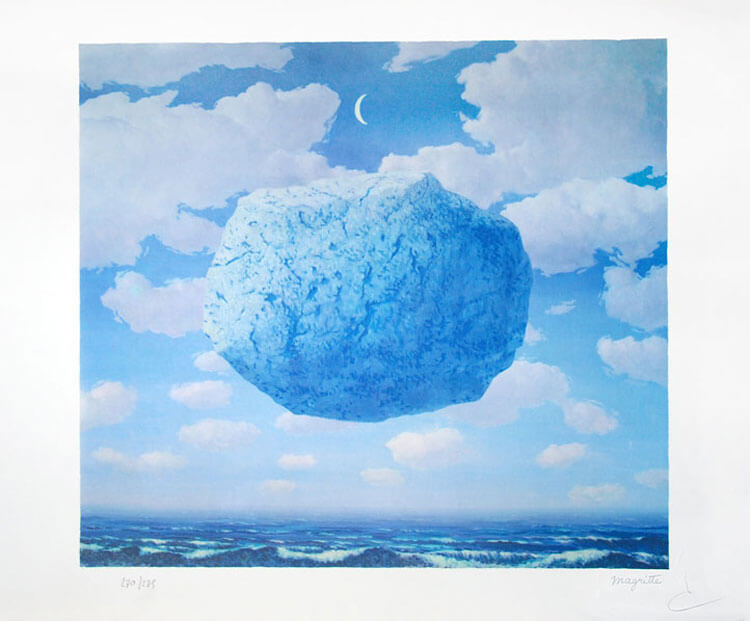 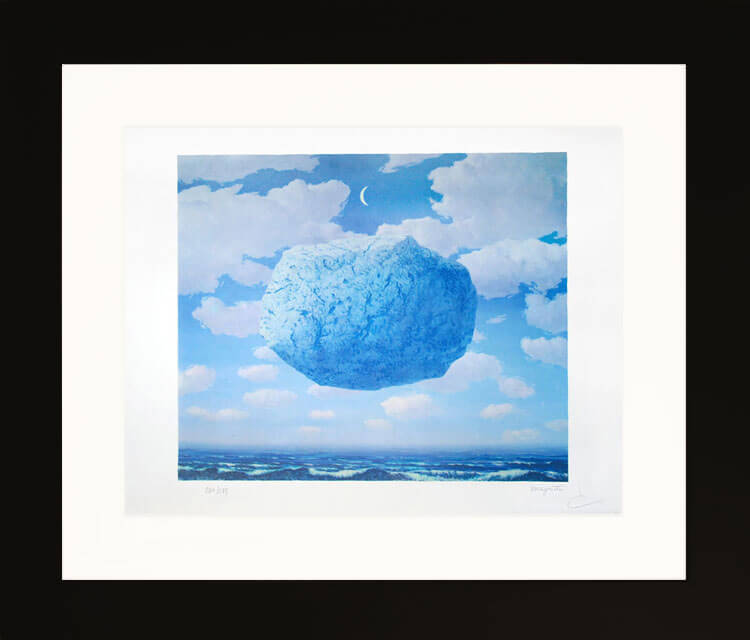 Zeno, a Greek philosopher who lived in the 5th century, devised a series of paradoxes. Given the idea of an arrow in flight, he states that an object has to change positions in order for it to be considered 'in motion'. At any fixed point in time, he argues, the arrow does not move either to where it is or is not. Since no time elapses in this single instant, it cannot move forward, and it cannot move to its present position because it is there to begin with. If all things are motionless at every moment, and time is composed of these moments, motion must be impossible. Magritte pays homage to Zeno's paradox with an equally improbable image of a large boulder suspended over a sea. But perhaps we are not meant to question how it got there or where it will go next, if any and all movement is impossibility.

Created after the 1964 original oil on canvas La Flêche de Zenon (Zeno’s Arrow) by Rene Magritte (1898-1967), this color lithograph is was published and printed by Philippe Moreno, Paris in 2010. This work is signed 'Magritte' in fascimile in graphite color in the lower right margin and signed in pencil in the lower left margin by the representative of ADAGP representing the Magritte Succession, Mr. Charly Hersovici. Numbered from the edition of 275 in pencil in the lower left margin.

About the Framing:
Framed to museum-grade conservation standards, this work is presented in a modern moulding with archival paper mats and optical-grade Plexiglas.