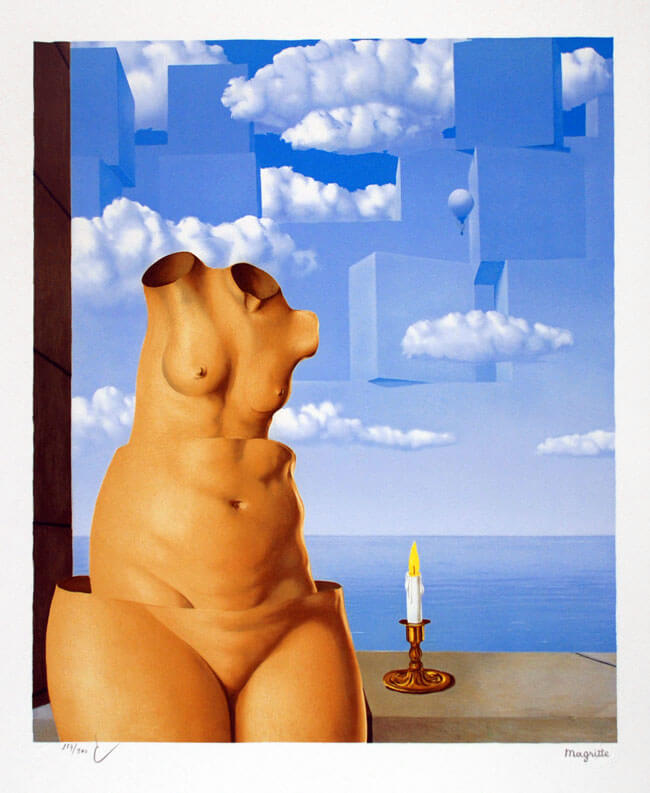 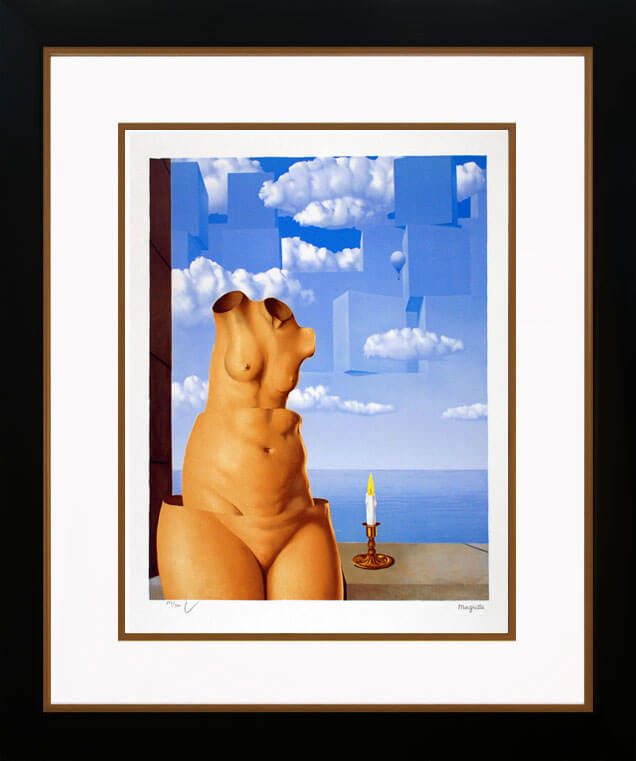 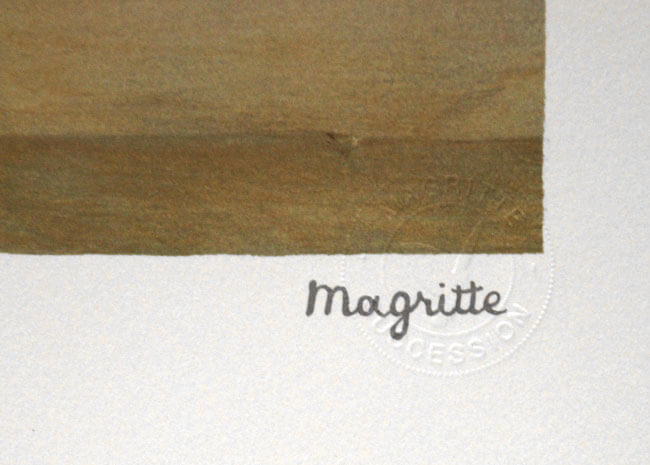 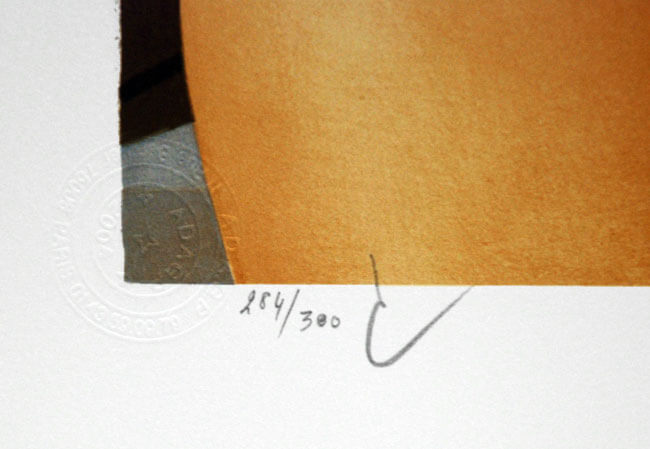 This piece is one of a number of works entitled La folie des grandeurs (Megalomania) that Magritte produced in the 1940s - 1960s, depicting three hollow parts of a woman's body stacked into each other like a set of Russian dolls. In this work, the stacked body parts, though distorted in size, highly resemble the color and feel of flesh. The parts are located next to a burning candle that rests on a windowsill. In the background, a cloud-dotted sky hovers above a glistening blue sea. The sky, like the body, is distorted and appears to be composed of blocks that shift and stack upon each other, much like a puzzle. This work, along with others in the series, inspired a bronze sculpture also entitled La folie des grandeurs created in 1967.

Created after the 1948 original oil on canvas La folie des grandeurs II (Megalomania) by René Magritte (1898-1967), this color lithograph was published and printed by Philippe Moreno, Paris in 2003. This work is signed ‘Magritte’ in fascimile in graphite color in the lower right margin, and signed in pencil in the lower left margin by the representative of ADAGP representing the Magritte Succession, Mr. Charly Hersovici. Numbered from the edition of 300 in pencil in the lower left margin.

1. Whitfield, Sarah. Magritte. London: The South Bank Center, 1992. An original oil painting from the same series La folie des grandeurs illustrated and discussed as no. 166.
2. A Certificate of Authenticity will accompany this work.