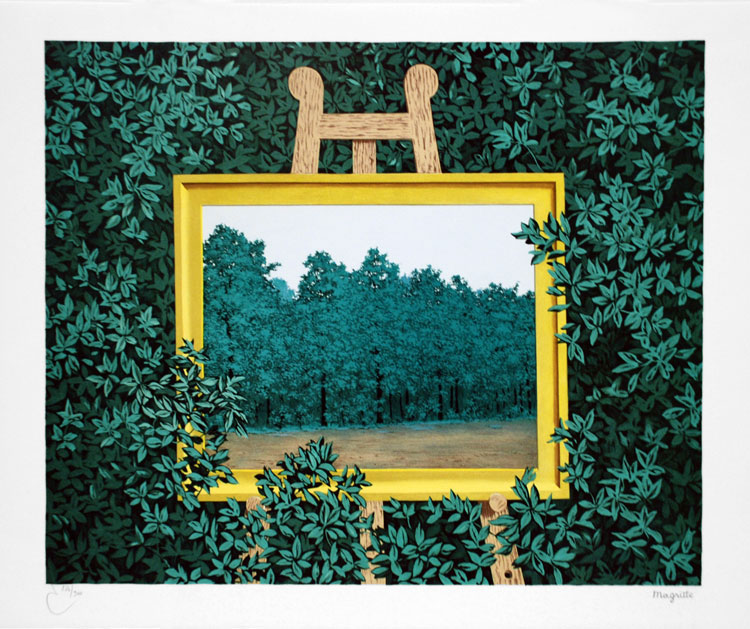 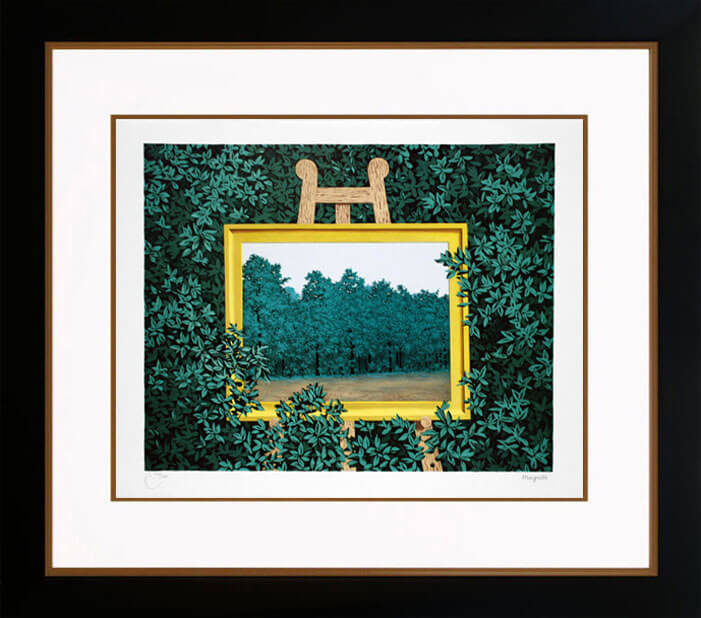 Of this work Whitfield states, "In earlier works, art and the outside world unite in a single reality, whereas here they are distanced from each other by what Magritte called 'differences of a spatial order.' Thus the interior forest encloses a painting of the exterior and the two are joined together…It was a painting that Magritte considered particularly successful (he described it as being 'extraordinarily alive') and he took the trouble to reproduce it in colour in the fifth issue of André Bosmans's review, Rhétorique, together with a text by Marcel Lecomte" (Whitfield, no. 121).

Created after the 1961 original oil on canvas La cascade (The Waterfall) by René Magritte (1898-1967), this color lithograph was published and printed by Philippe Moreno, Paris in 2003. This work is signed ‘Magritte’ in fascimile in graphite color in the lower right margin and signed in pencil in the lower left margin by the representative of ADAGP representing the Magritte Succession, Mr. Charly Hersovici. Numbered from the edition of 300 in pencil in the lower left margin.

1. Whitfield, Sarah. Magritte. London: The South Bank Centre, 1992. Original 1961 oil on canvas illustrated and discussed as no. 121.
2. A Certificate of Authenticity will accompany this work.