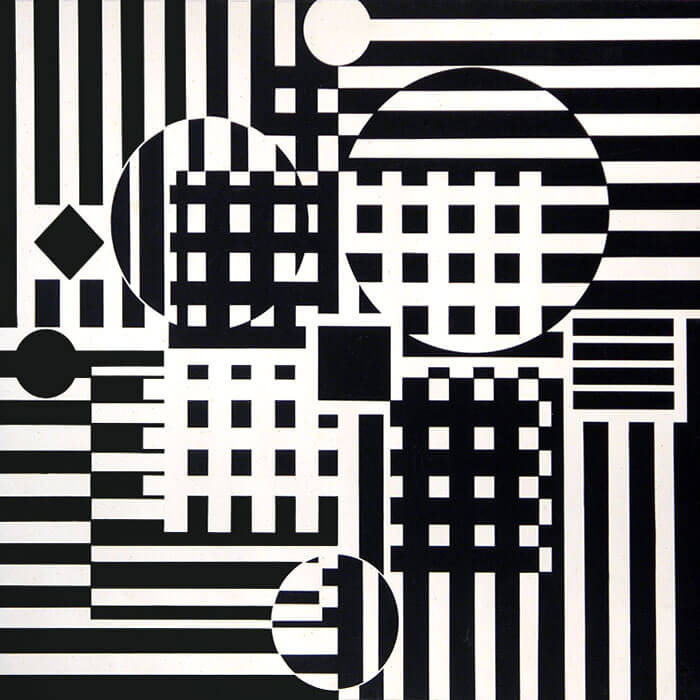 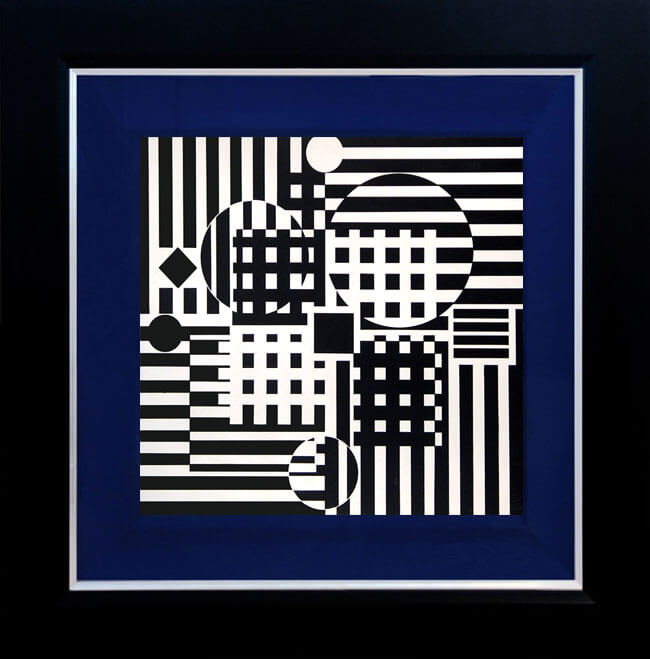 Layering geometric forms in black and white, Vasarely creates a multidimensional image that encourages the viewer's eye to jump around the composition. Black and white lines, squares, diamonds, and circles overlap to offer the viewer multiple ways to perceive the image. The viewer cannot quite distinguish what lies beneath or above but feels as if some portions and shapes are magnified while others appear as if recessing into the background. While the piece is by no means symmetrical, the composition as a whole appears nicely balanced through Vasarely's masterful use of two colors: black and white. What appears as white to the left is often depicted to the right in black, allowing Vasarely to achieve this balance while still creating the sense of animation and visual confusion that makes his optical art so fascinating.

Discussing his thoughts on abstraction, Vasarely stated, "The celebrated transition from representational to nonrepresentational art is only one of the stages in profound transformation taking place in the plastic arts. The term 'abstract' in painting refers not to an established fact, but to an irresistible trend toward plastic creation different from the kind we already know." (Vasarely 1978, 13).
DOCUMENTED AND ILLUSTRATED IN:

1. A hand-signed Certificate of Authenticity from Michèle- Catherine Vasarely accompanies this piece, catalogue no. 1111 in the Vasarely archives.

Sell your Victor Vasarely fine art with us. We offer free evaluations. Learn more about selling with us.