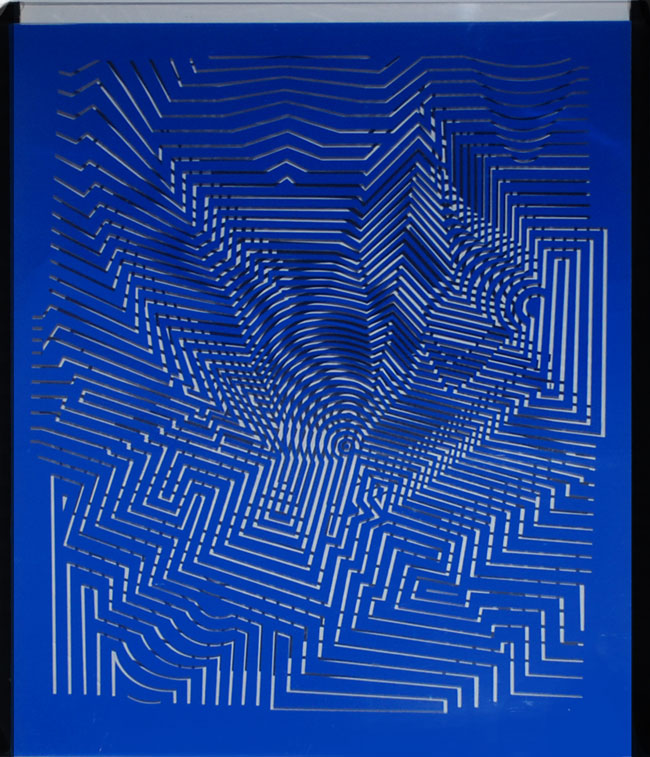 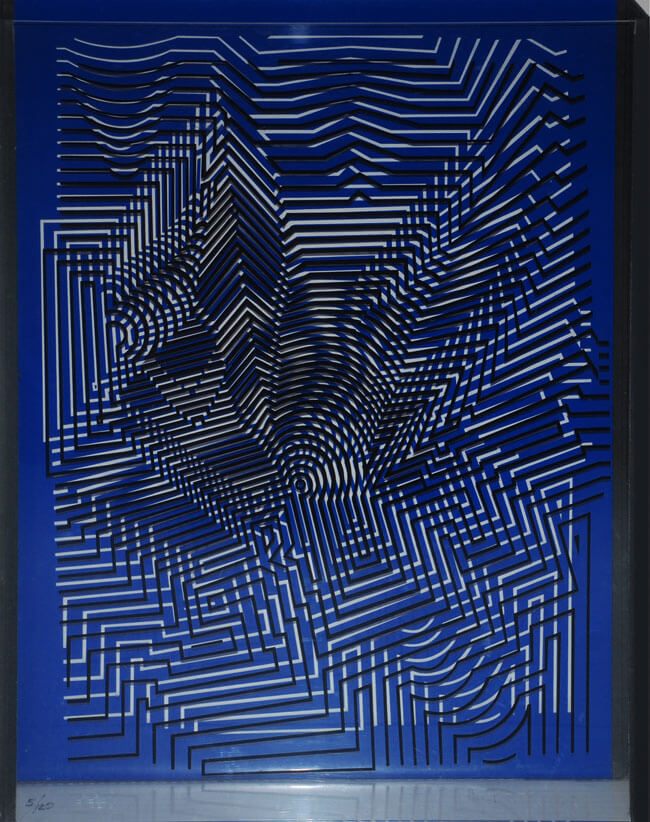 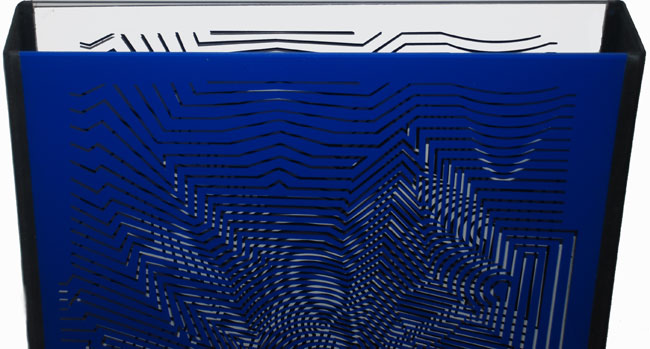 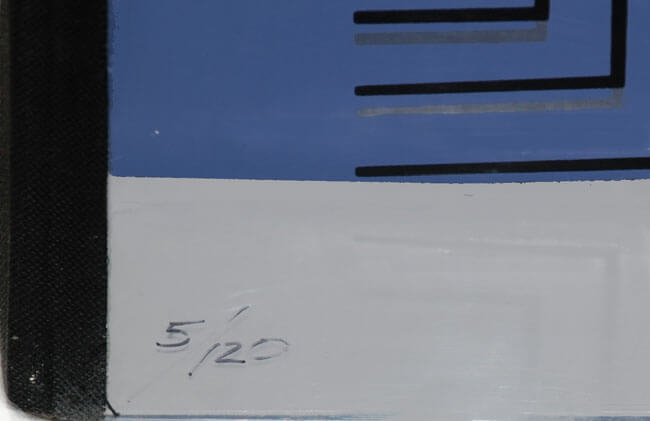 An unexpected energy is conveyed by the broken black and white lines respectively portrayed on each side of Vasarely's three dimensional chosen canvas of Plexiglas. A rather 'ambiguous' work, where one cannot define the purpose of the lines, the image is instead a visual game that is subject to the viewer's interpretation. The lines appear to vibrate and move, as the viewer moves around the work, which can be credited to the separation of each side by the black linen that provides space in between the two images allowing for the creative image as a whole to flourish.

This original Plexiglas with linen is numbered 5/20 in black pen in the lower left on one side.

A Certificate of Authenticity will accompany the sale of this work.

Sell your Victor Vasarely fine art with us. We offer free evaluations. Learn more about selling with us.